As this website has observed, those at Clark Lake preparing their entry for Raft-O-Rama are secretive about their plans.  It’s a competition and surprise is part of the game. However, little bits and pieces of some of what is in store is leaking out.  And it appears that the 55th anniversary of Raft-O-Rama will be highly entertaining.  The theme is “Festivals”. 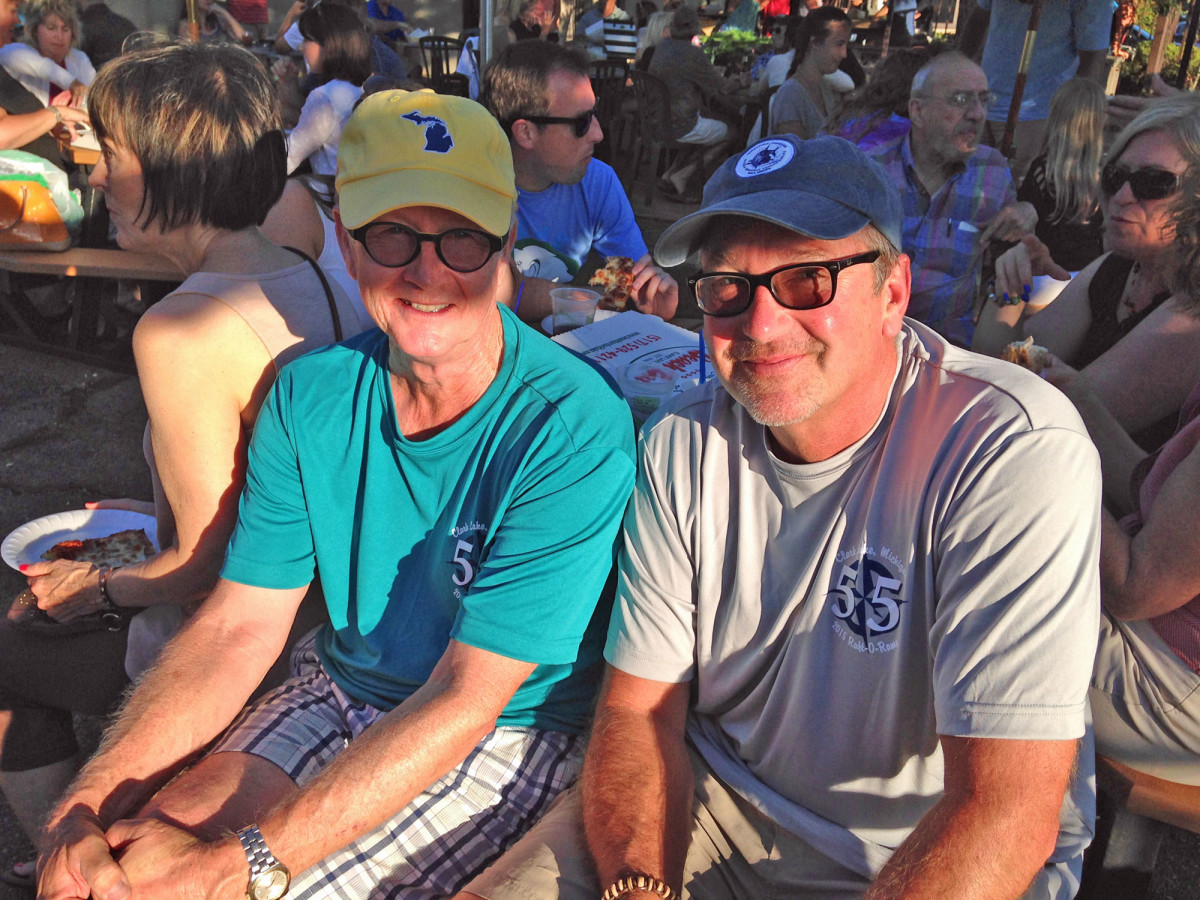 Among the whispers about what’s in store are hints that the number of entries has grown to exceed 20. One committee member noted that there is heavy demand for cardboard, mainstay for raft construction and provided free by the committee.  The supply was replenished and groups needing cardboard can pick it up at the Boyers on S. Woodland.

The rafts assemble at 10 am Sunday and fall into line for the parade at 10:30 am.  They start at the head-of-the-lake and follow the shoreline counterclockwise around both ends of the lake.

This year the awards ceremony at Eagle Point will be emceed by Bill Tuttle.  He’ll be surrounded not only by contestants hoping to be winners, but by lots of other activities–Lions Club Chicken Broil, merchandise for sale (credit cards welcome), and range of other things to do and see.  Before the awards ceremony, you’re invited to vote for the People’s Choice Award.

Below is a summary of helpful Raft-O-Rama information. 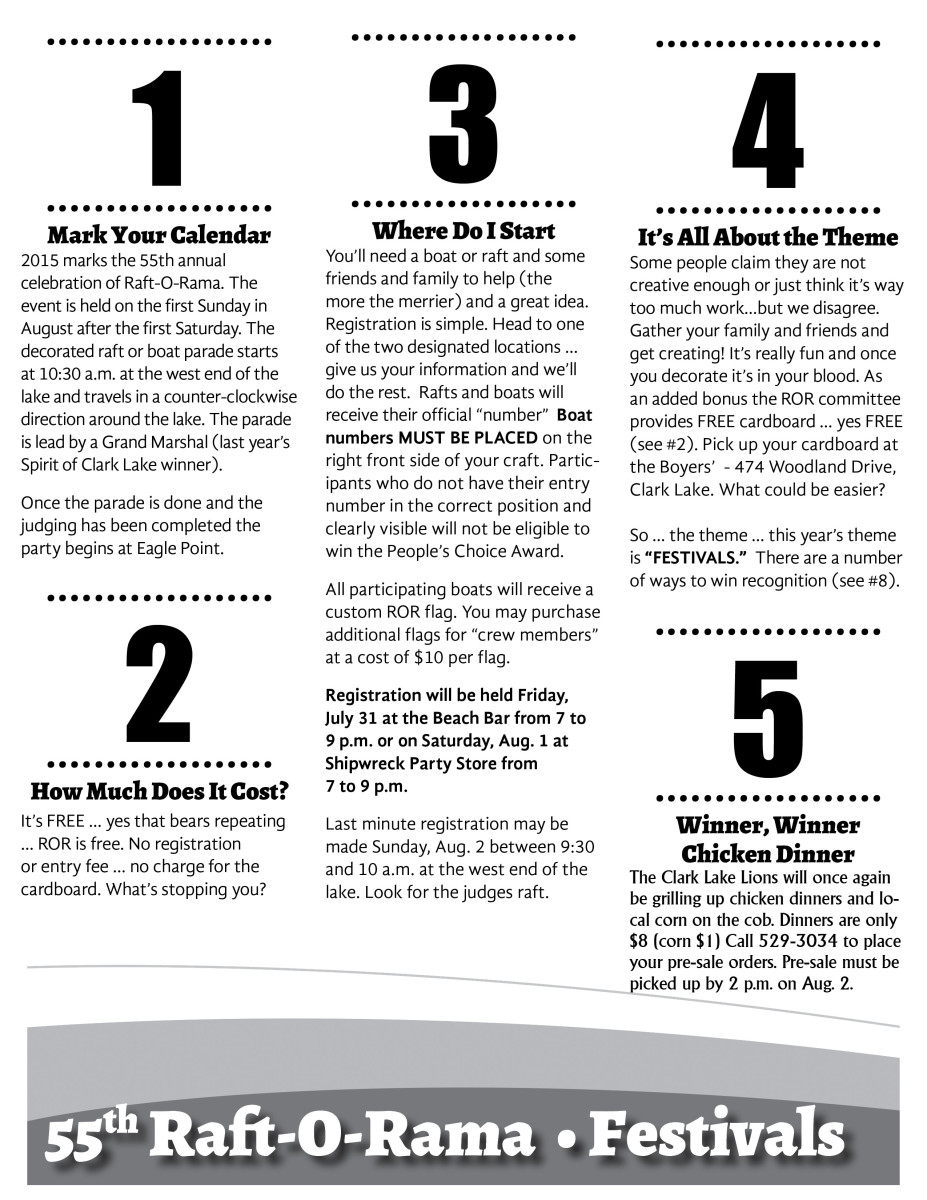 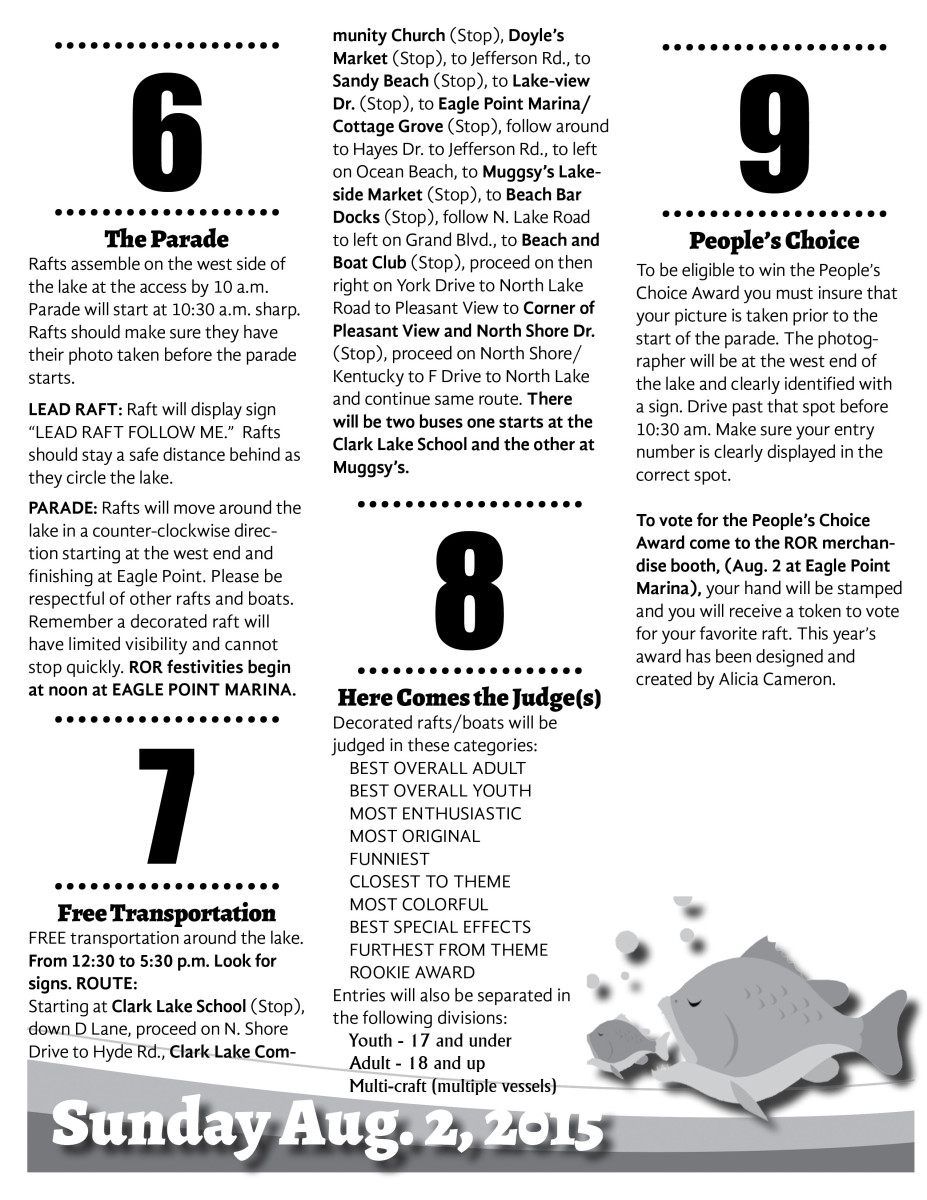 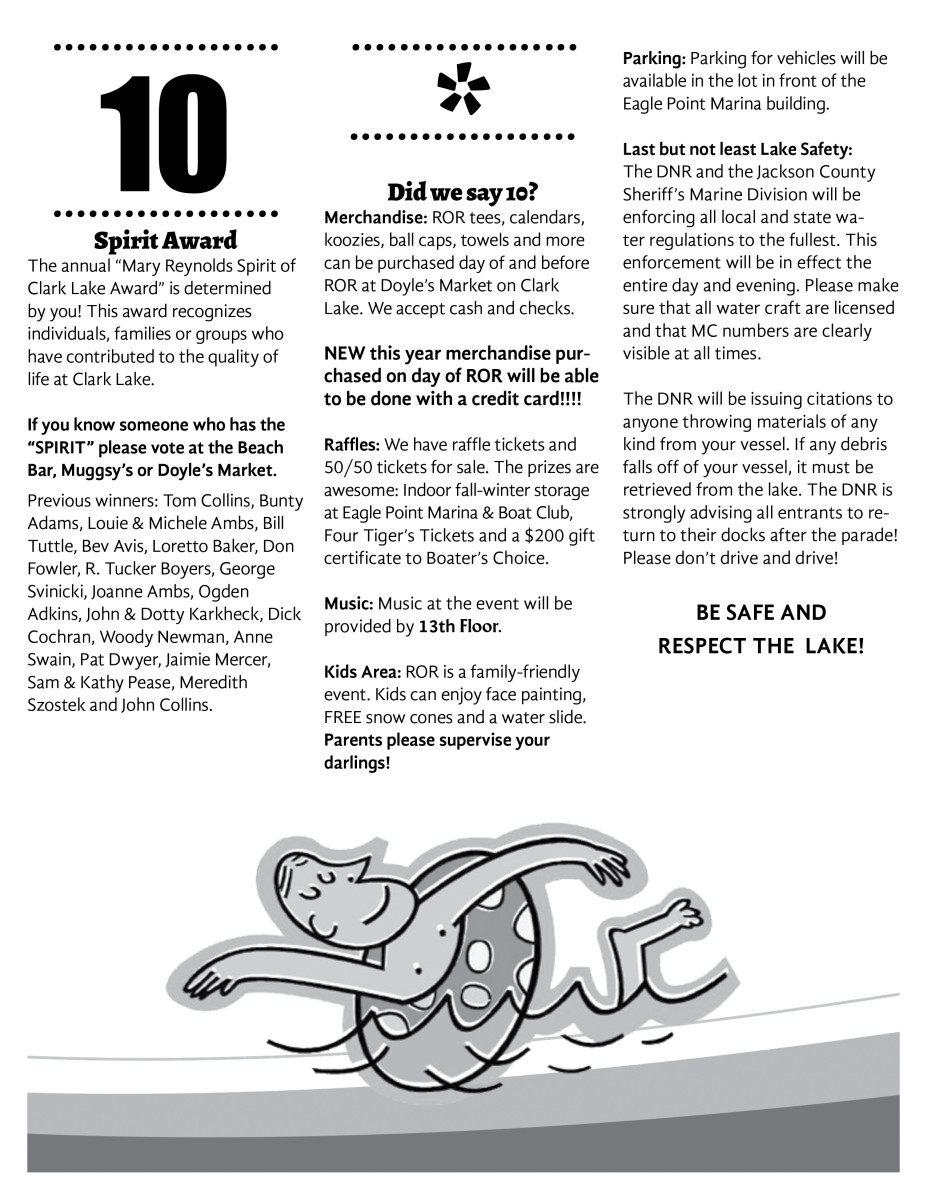