After explosive blasts of sound and color from last night’s Freedom Fireworks, it was blasts from the past for Raft-O-Rama.  Sixteen entries competed.  This, being the 60th anniversary of Raft-O-Rama, the theme was the 1960s.  The results show that those who weren’t around in the 60s could look it up and come up with cool entries.  Independent judges were recruited to decide on winners.  One exception—the Peoples Choice award is chosen by those who saw the parade and came to Eagle Point to cast their vote this afternoon. 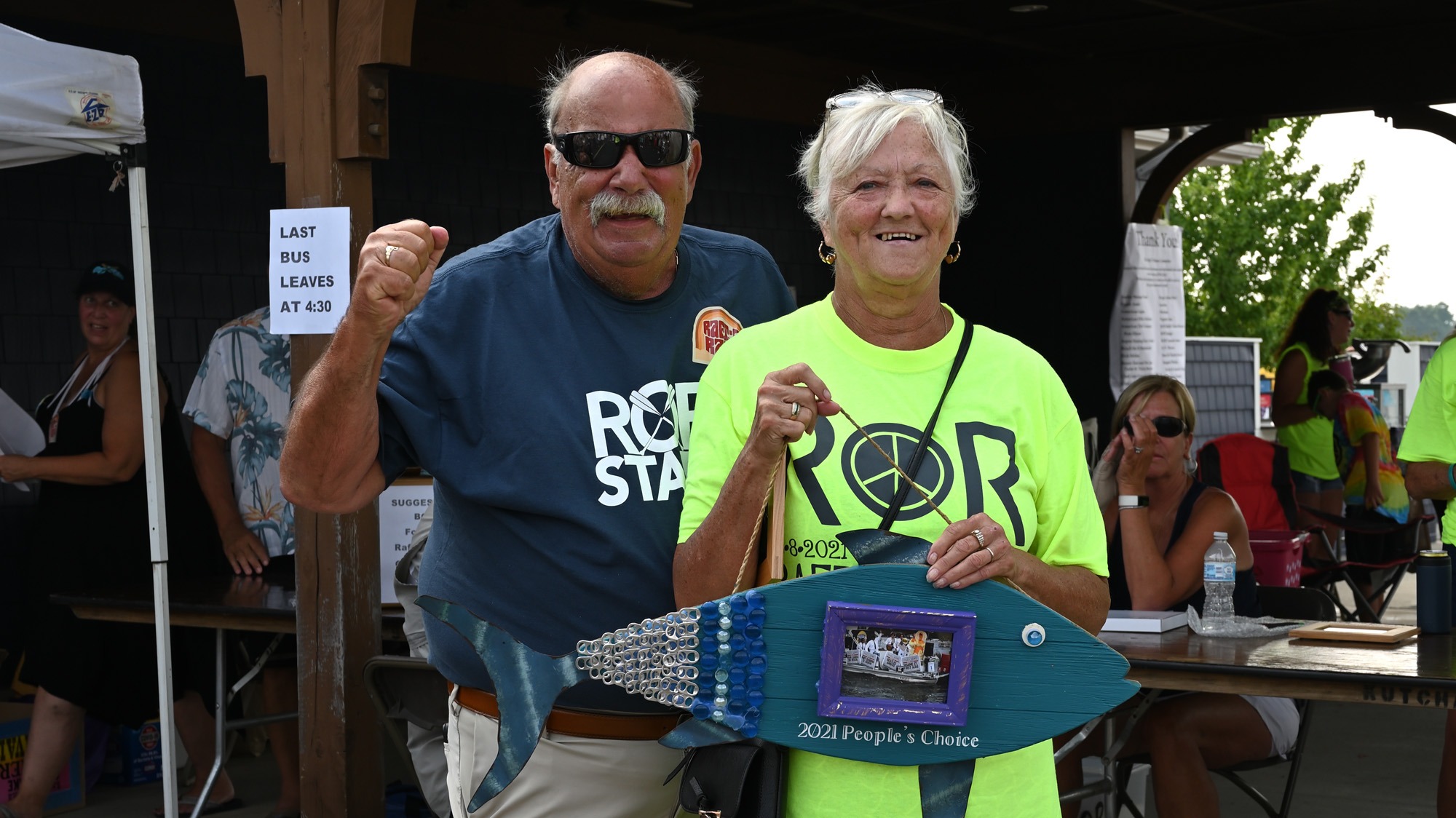 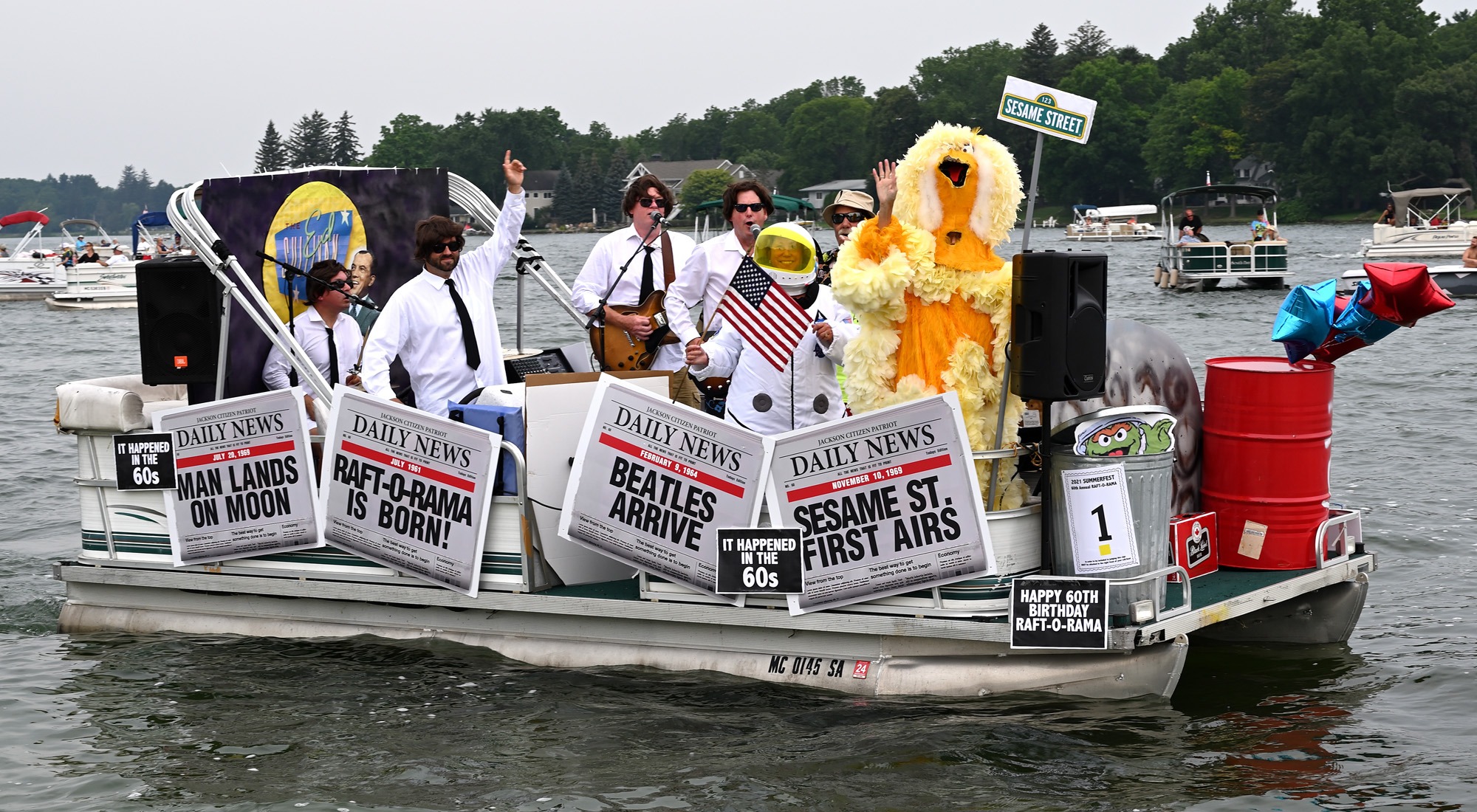 Best Overall, Adults 18 and Up #12: The John Petitto Memorial Cup 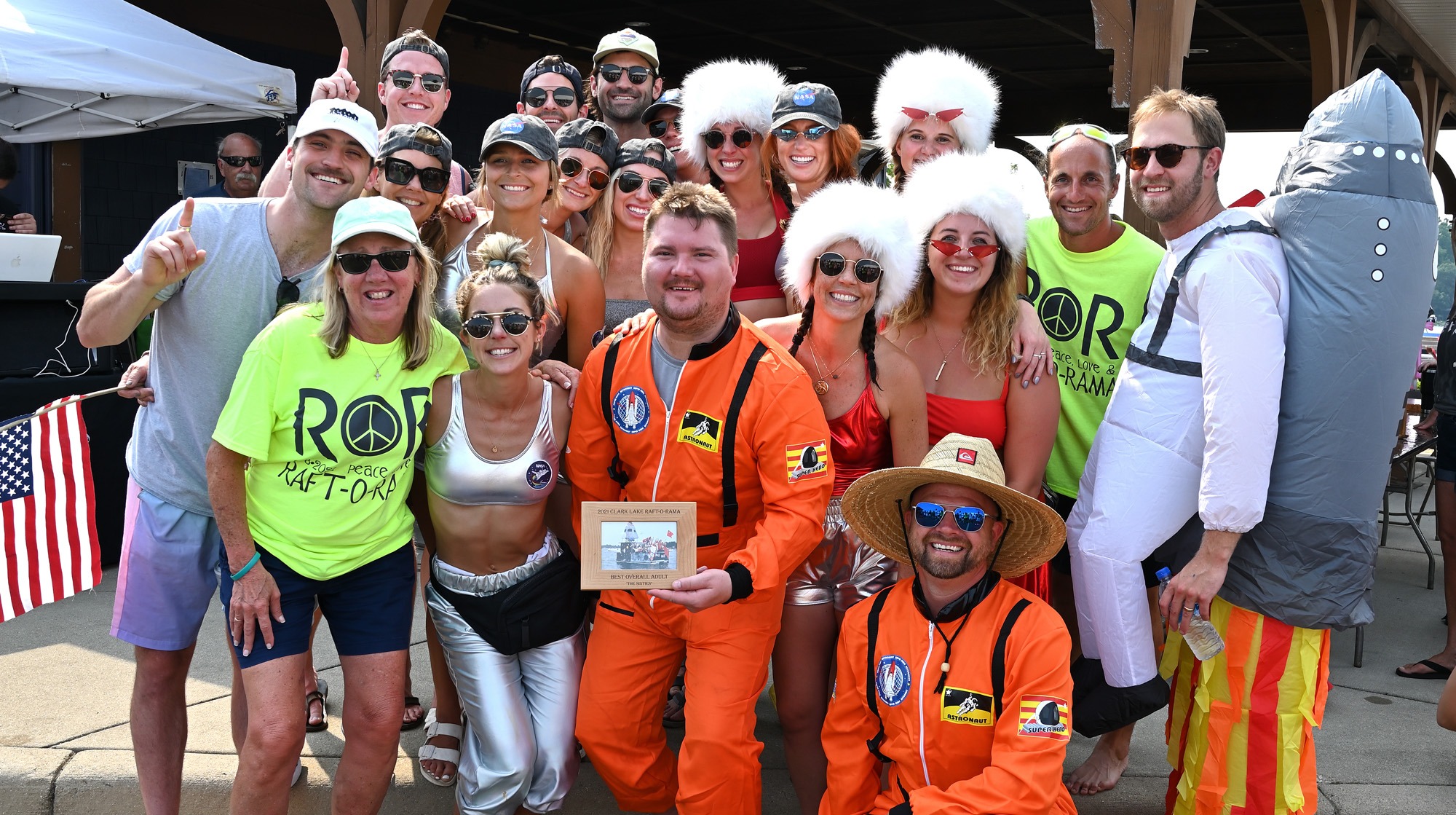 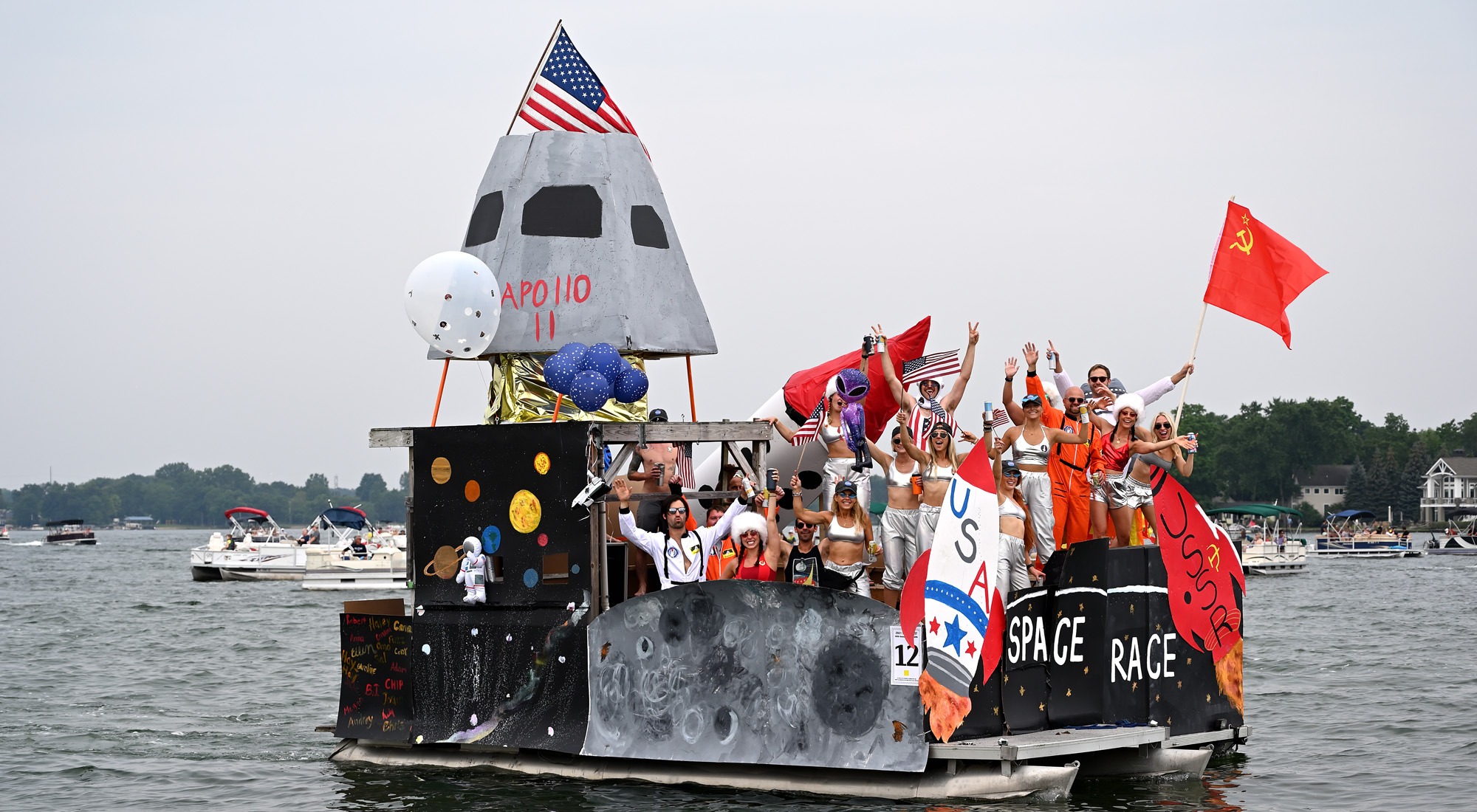 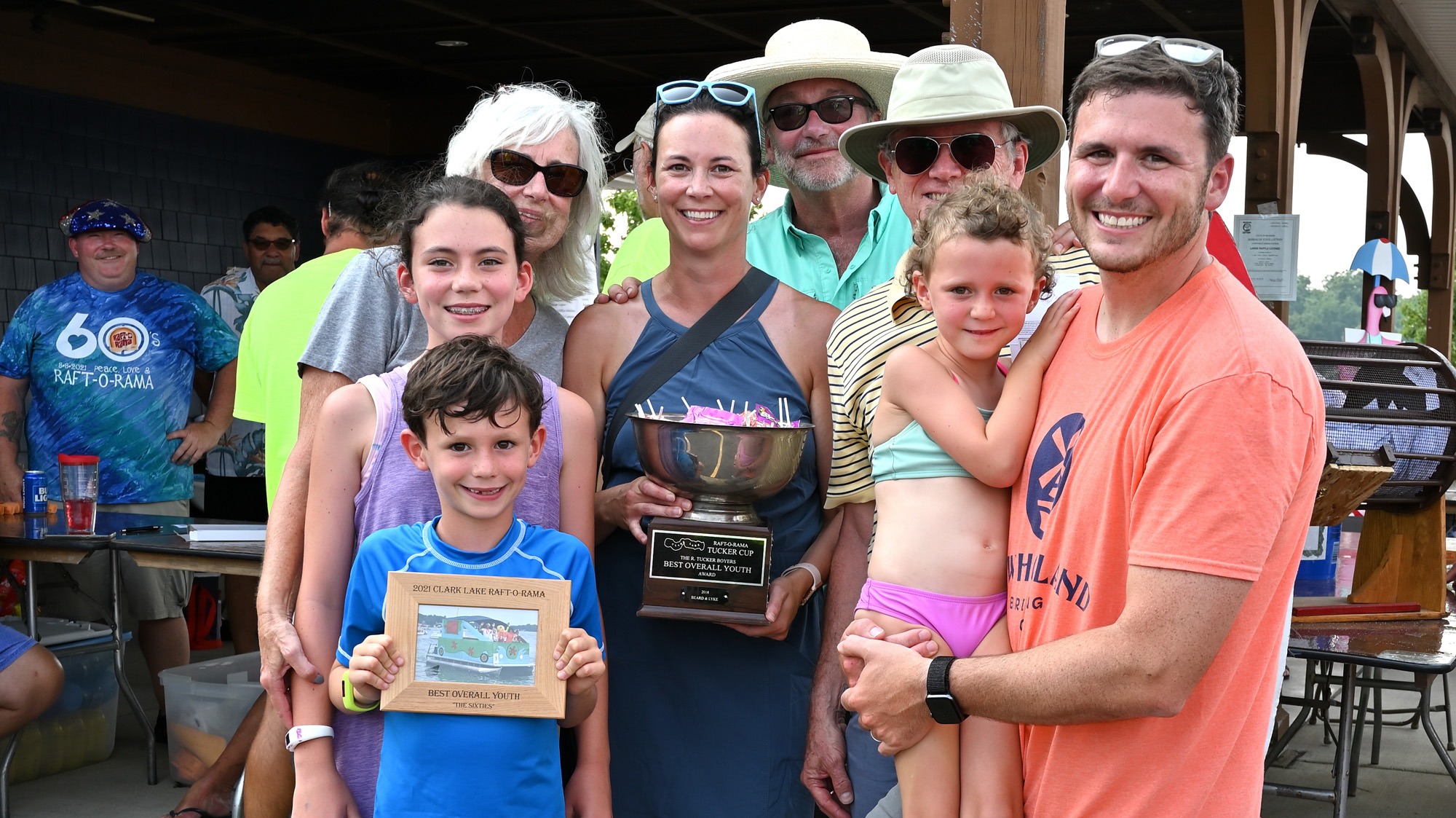 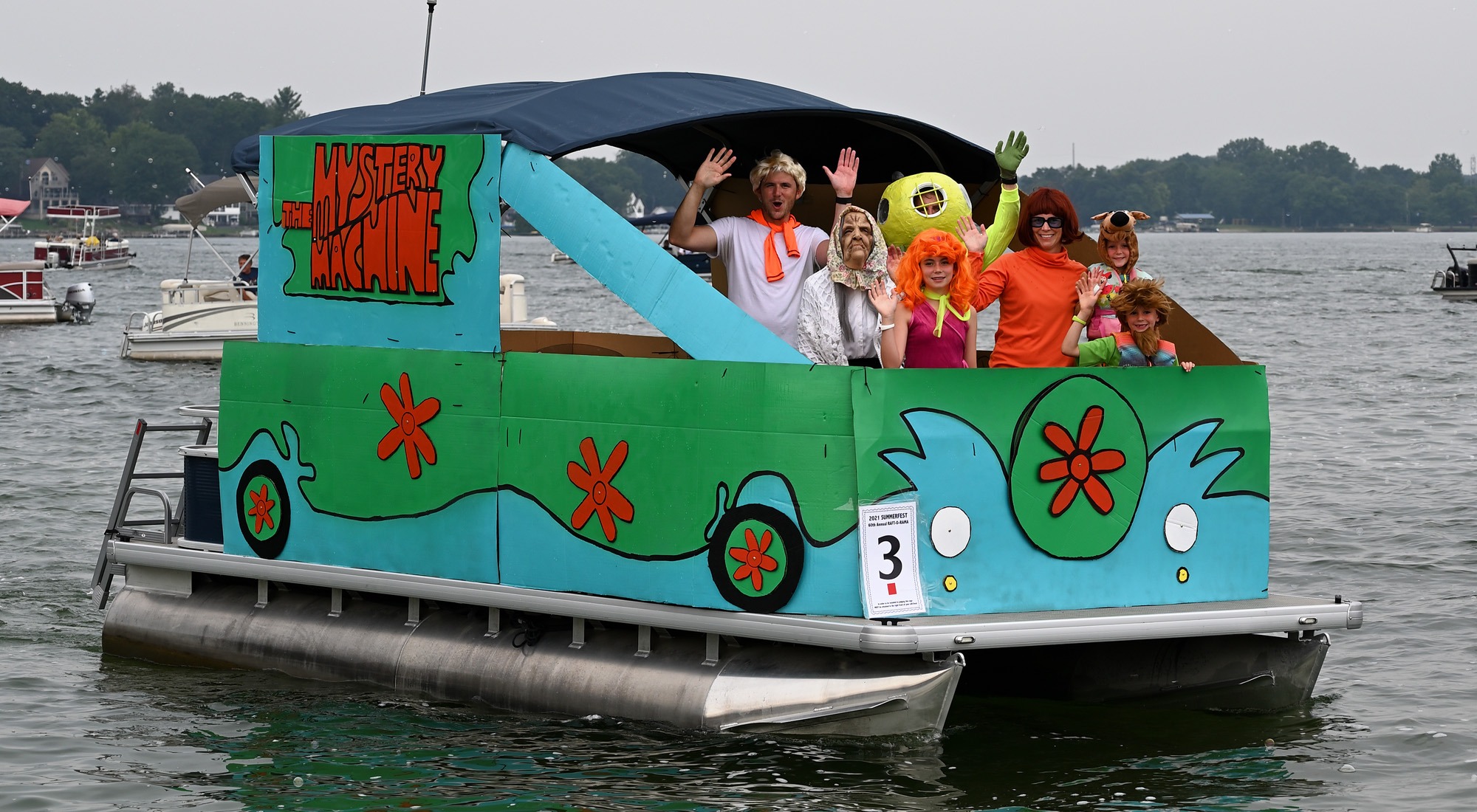 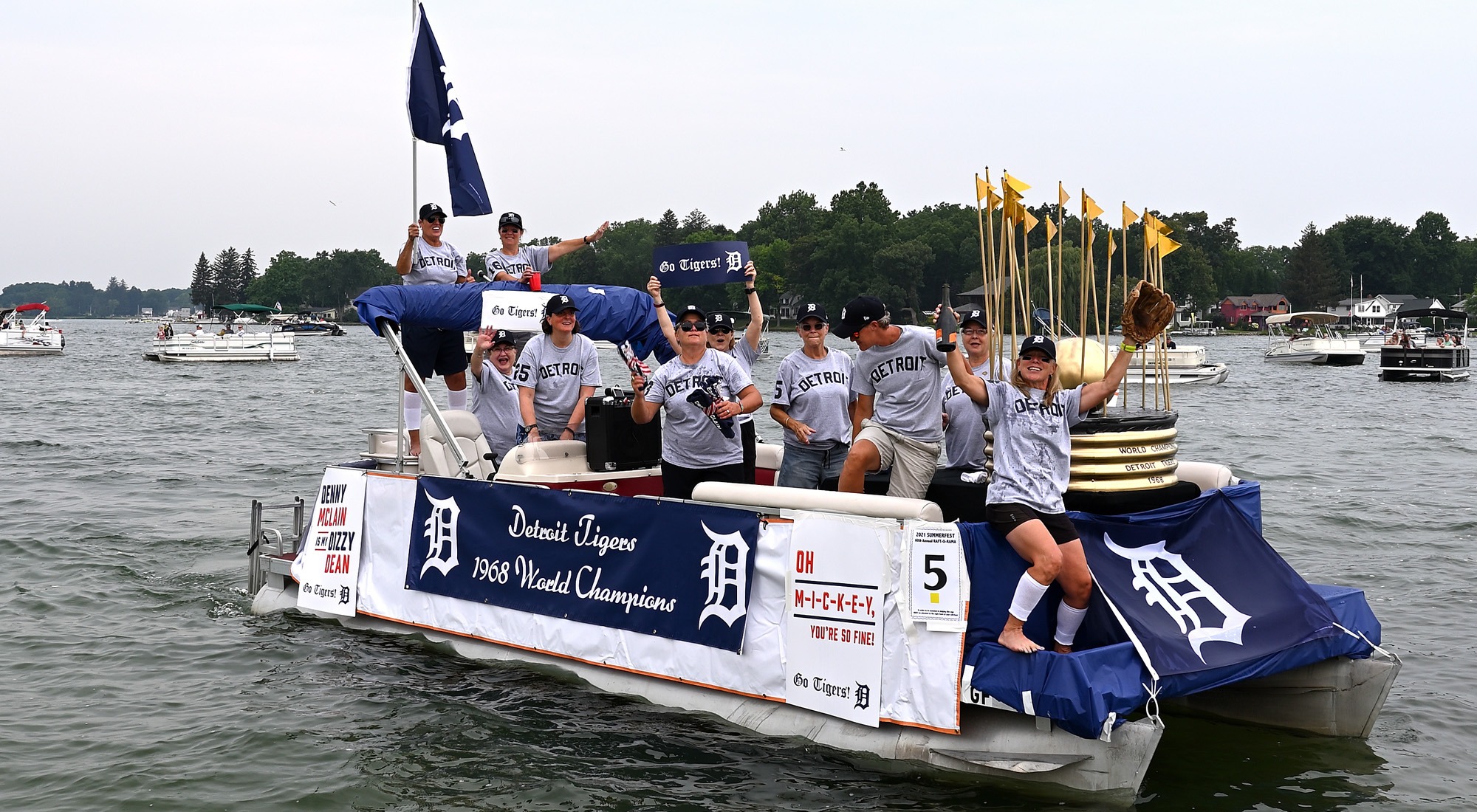 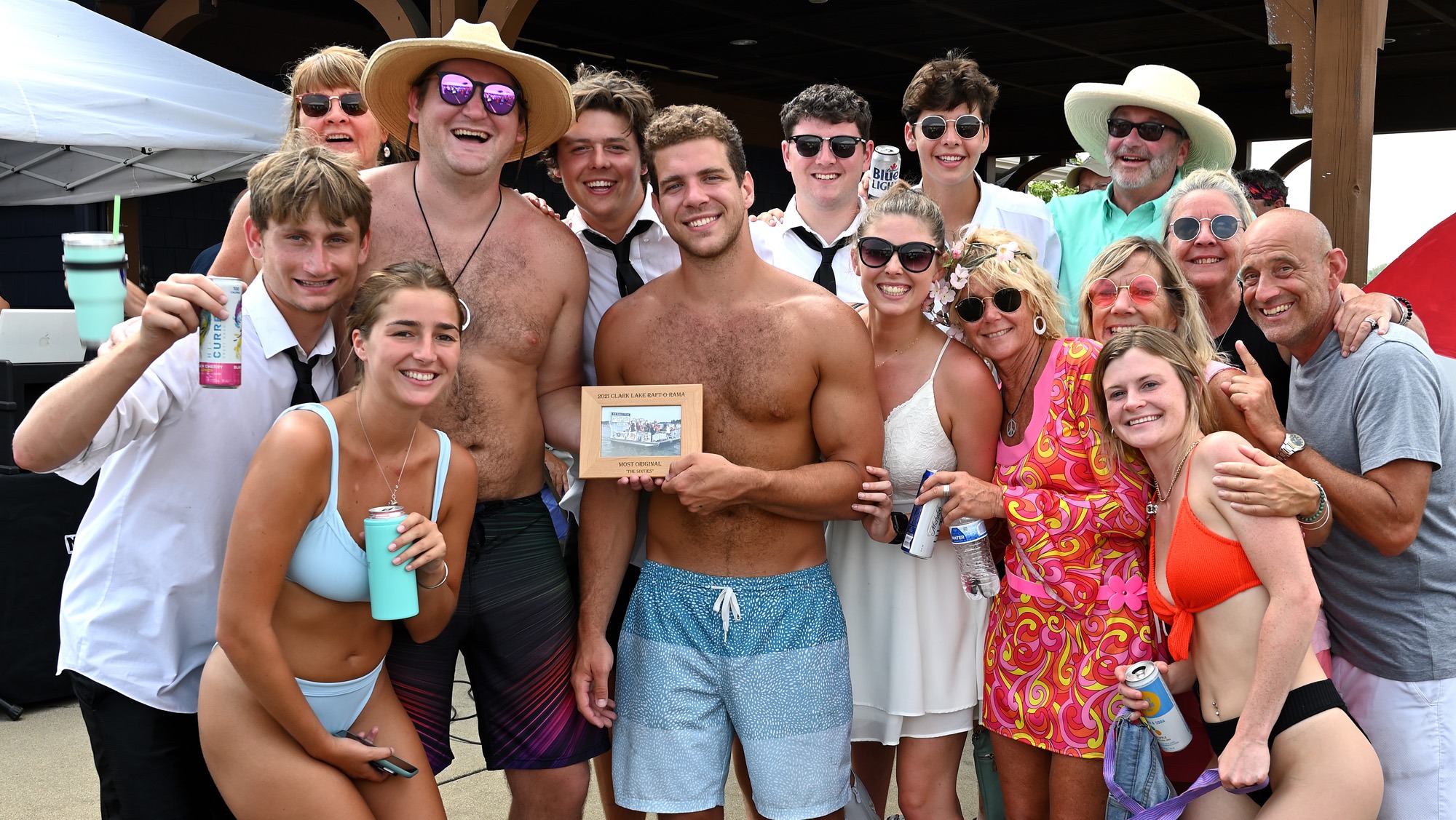 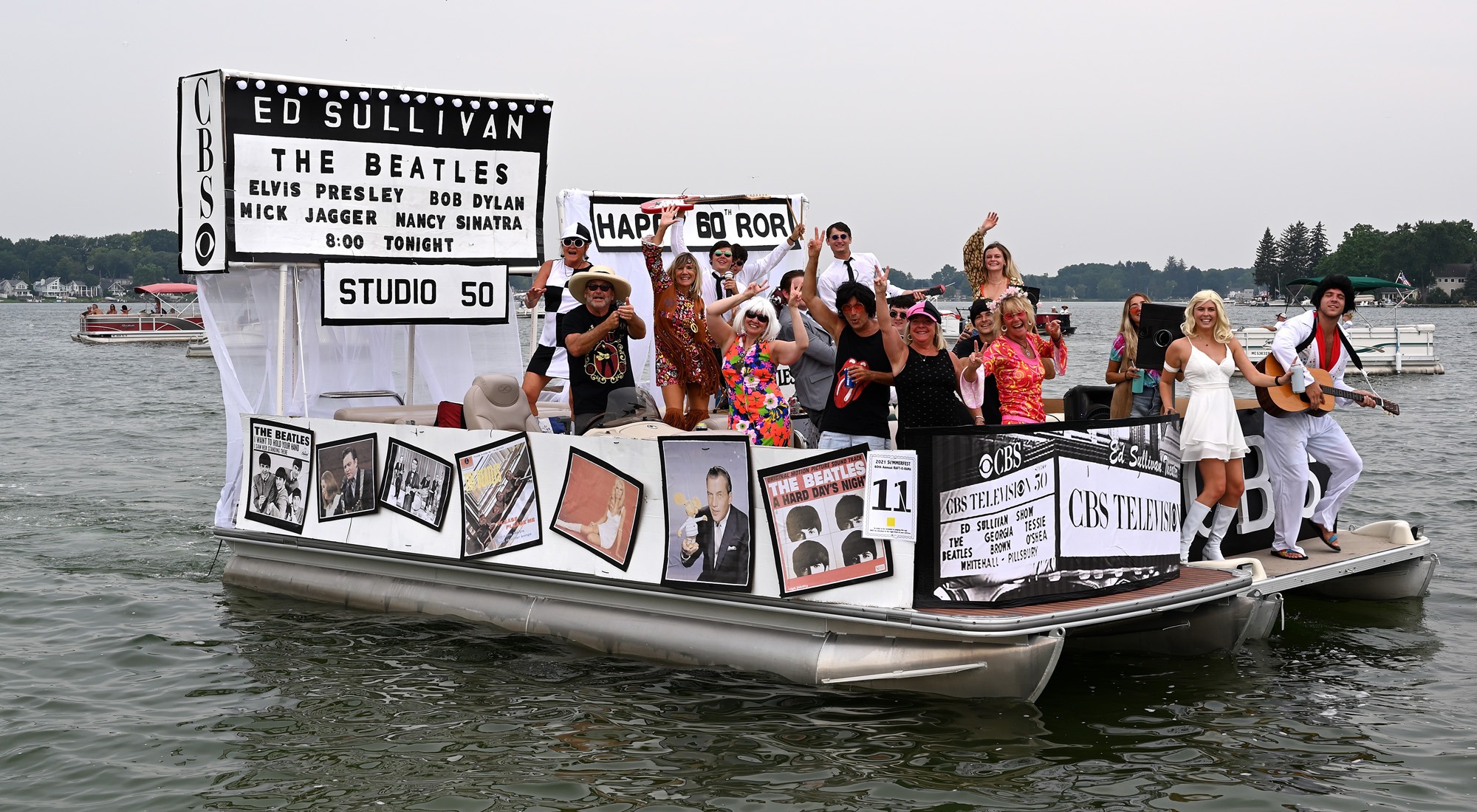 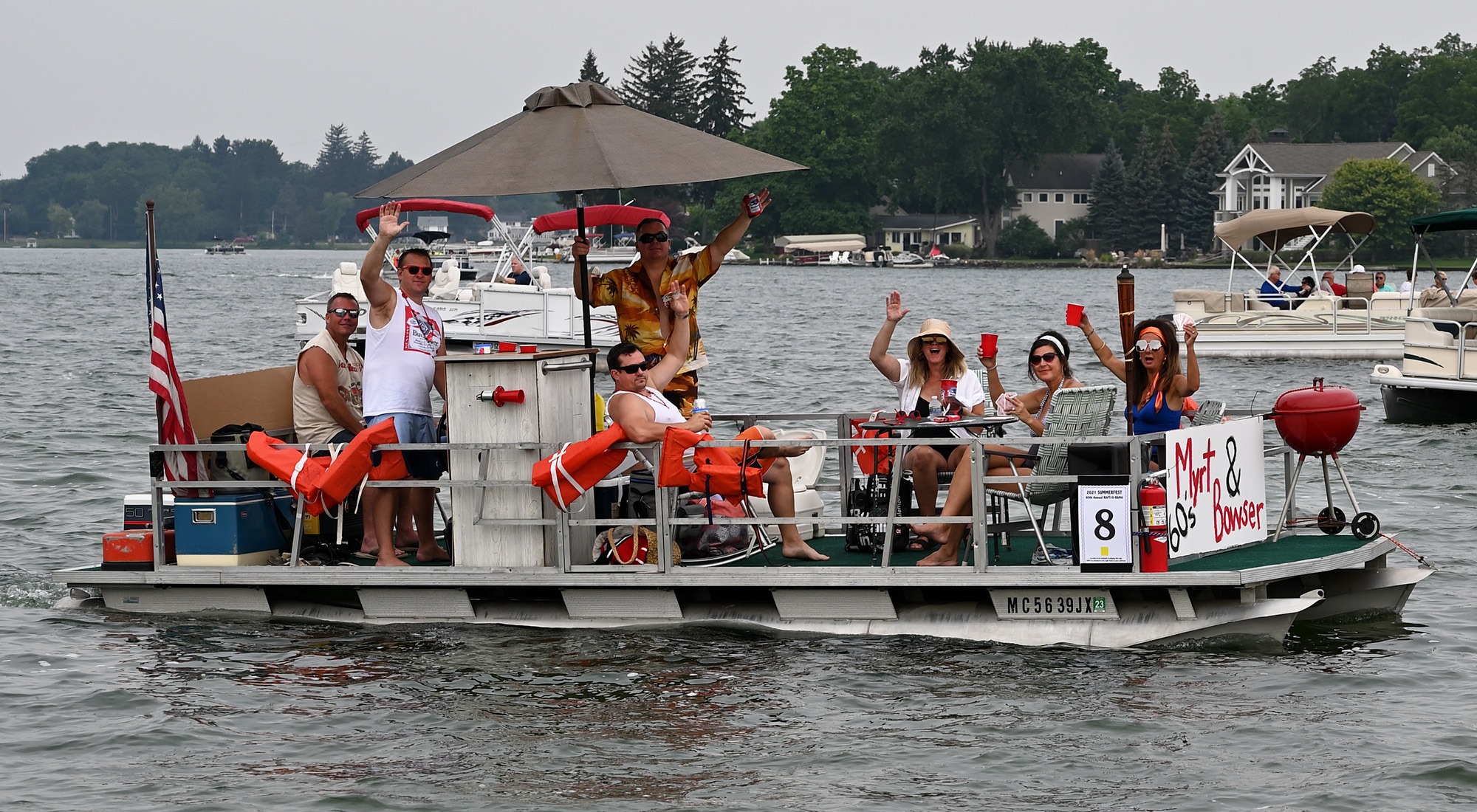 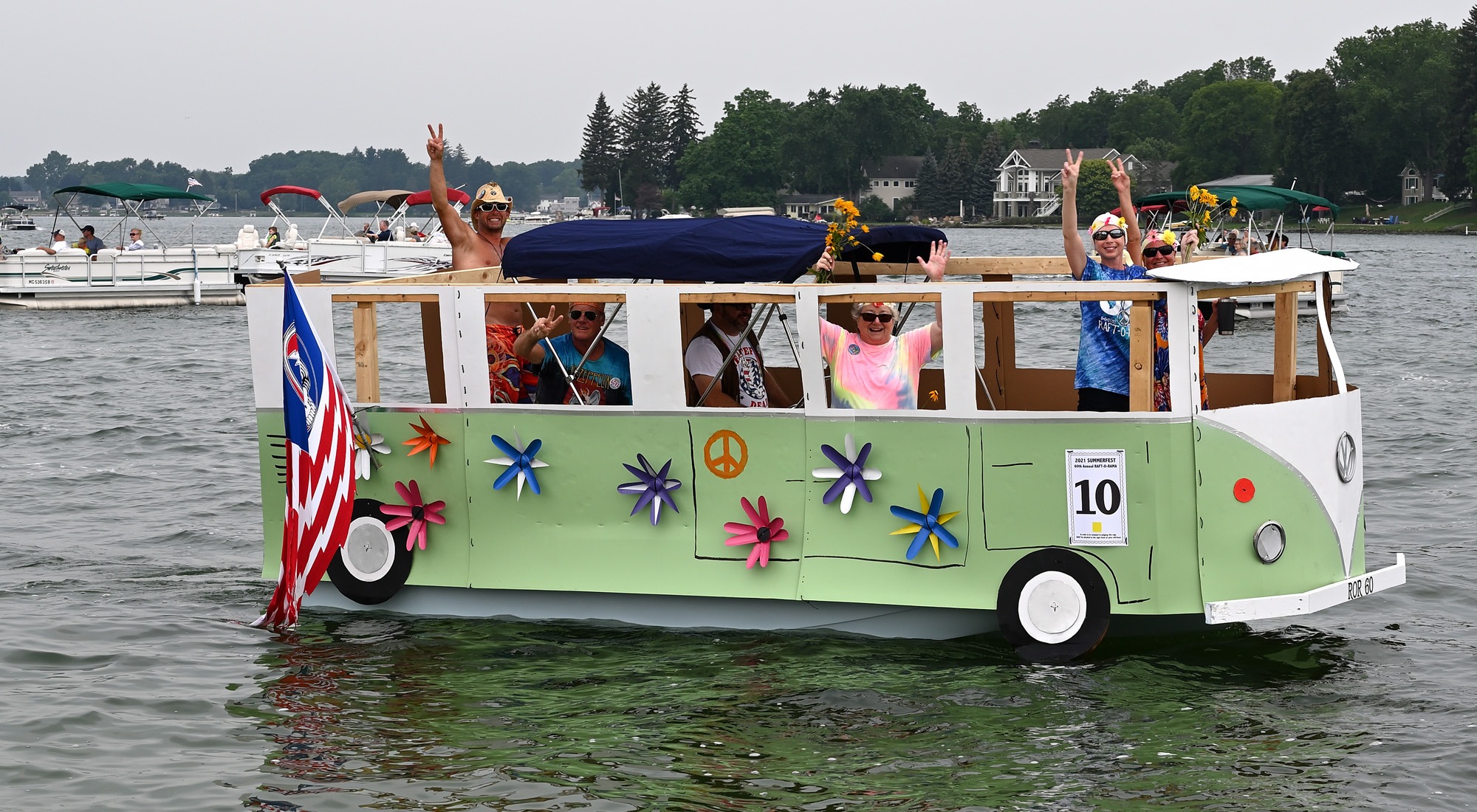 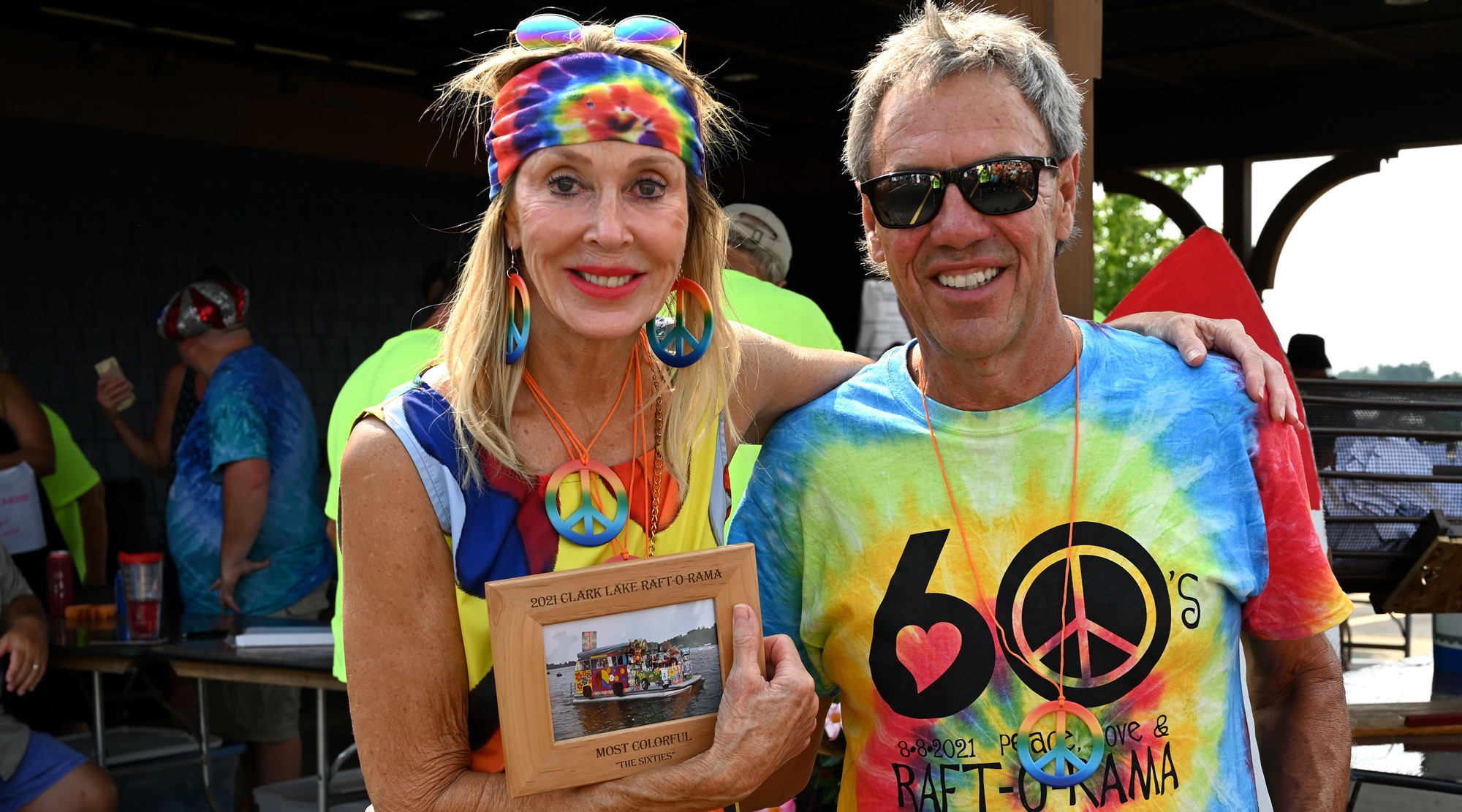 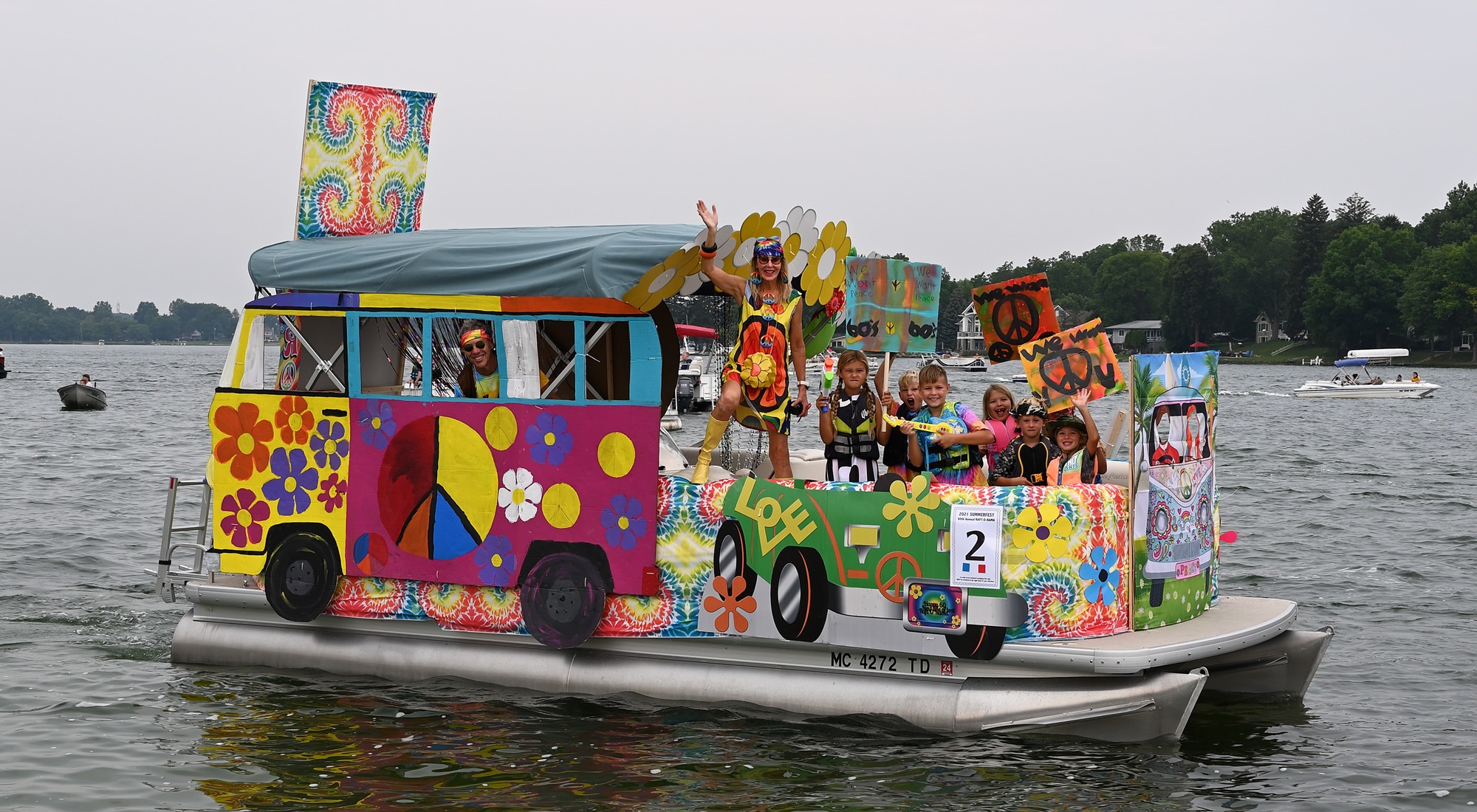 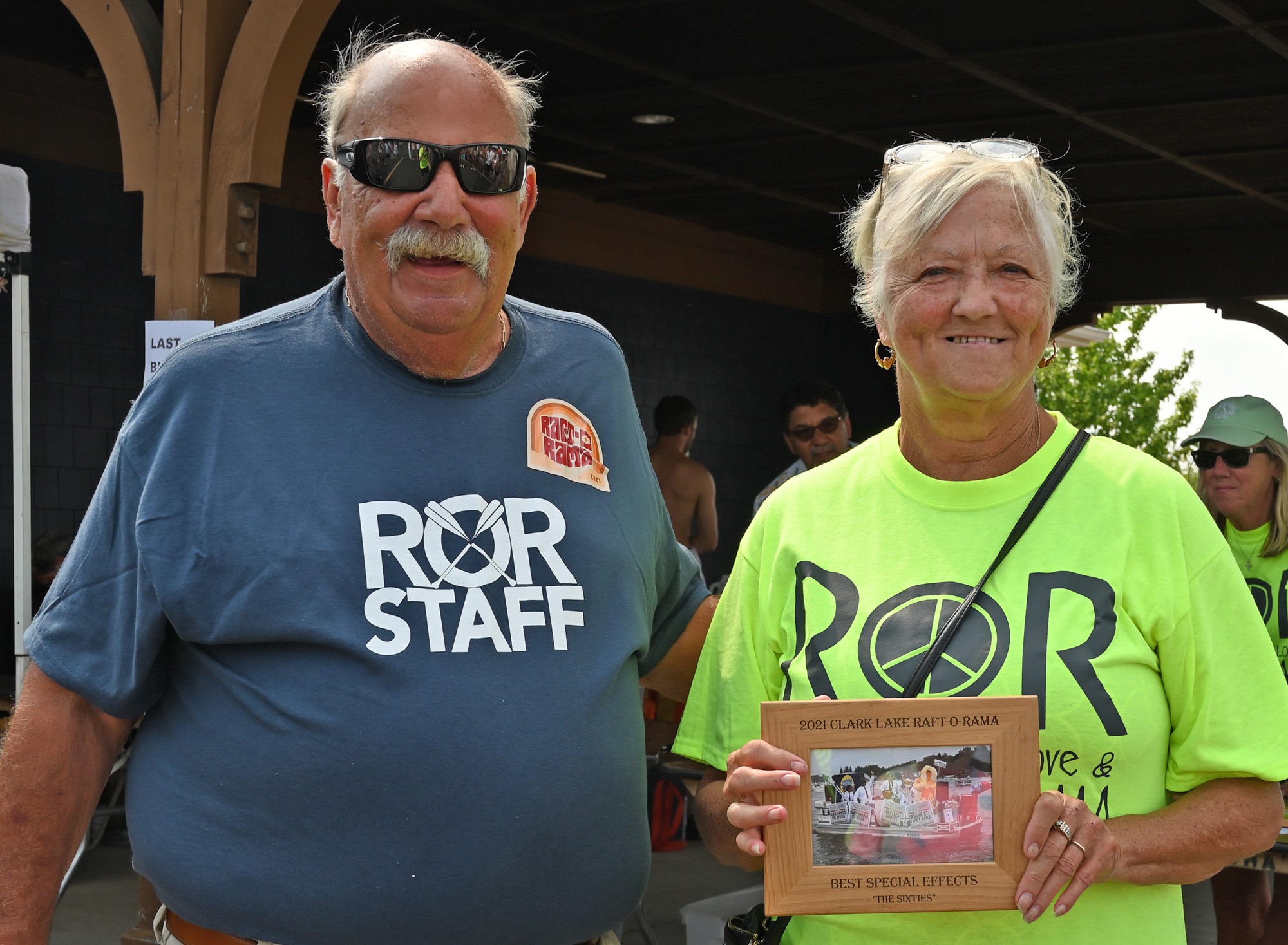 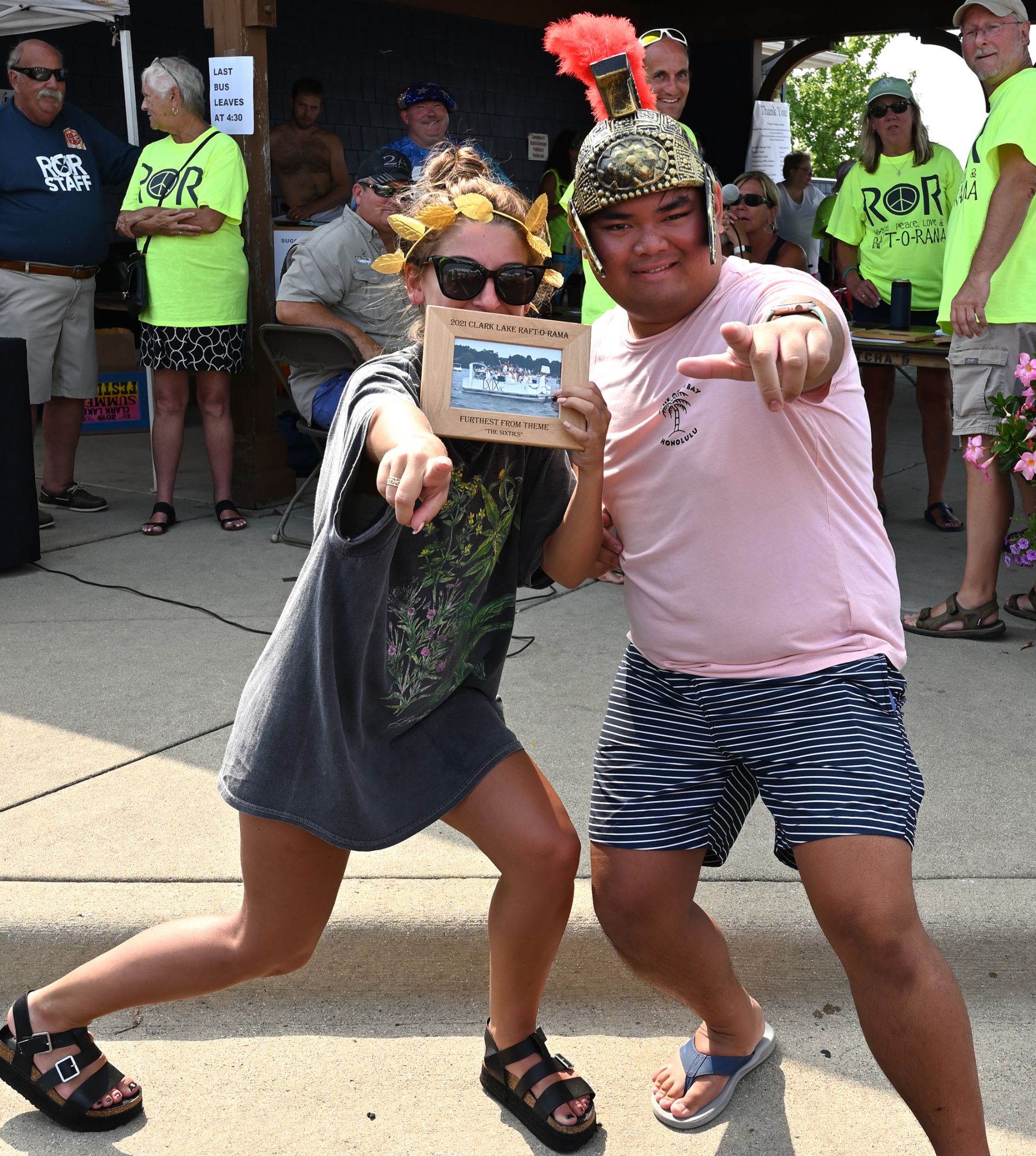 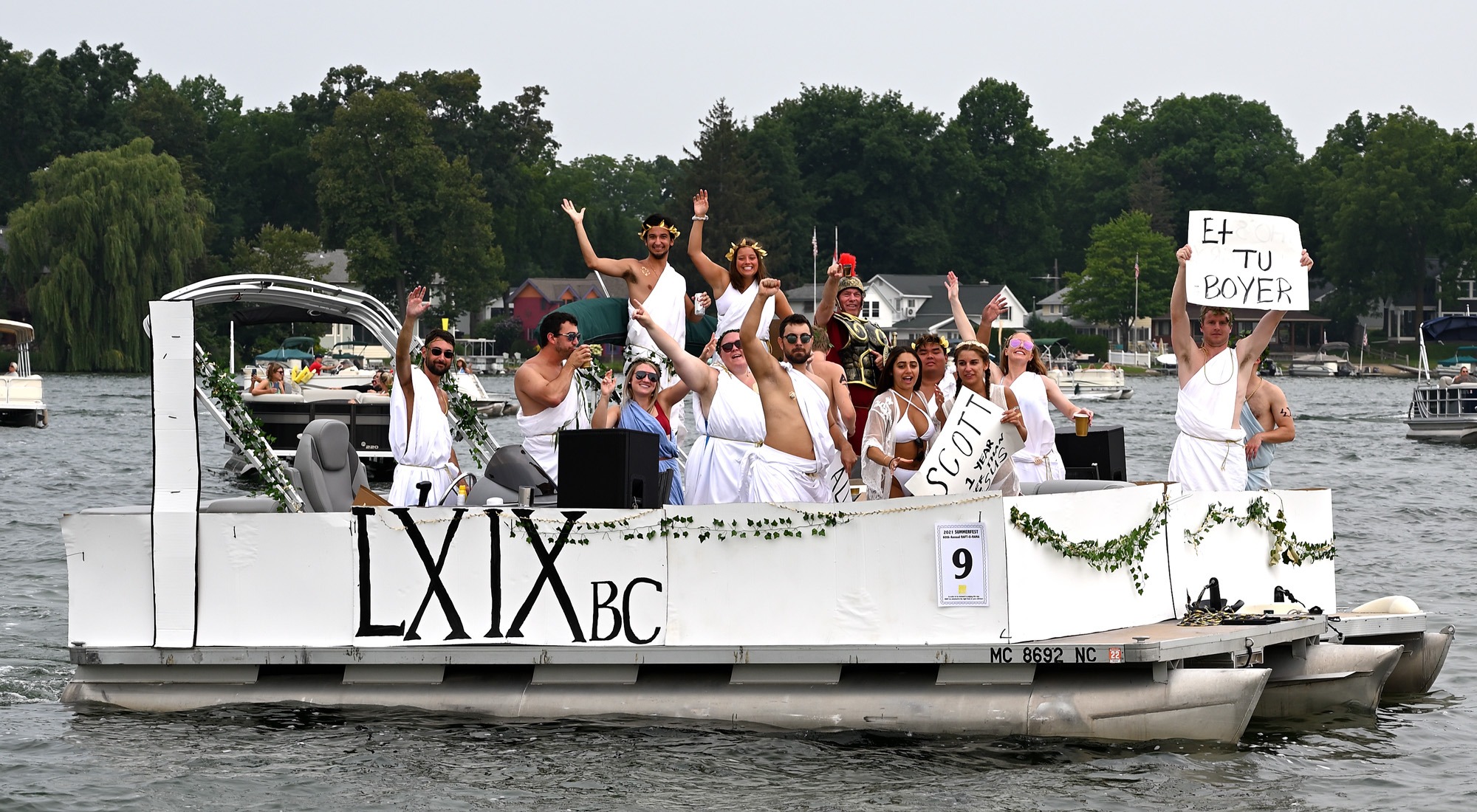 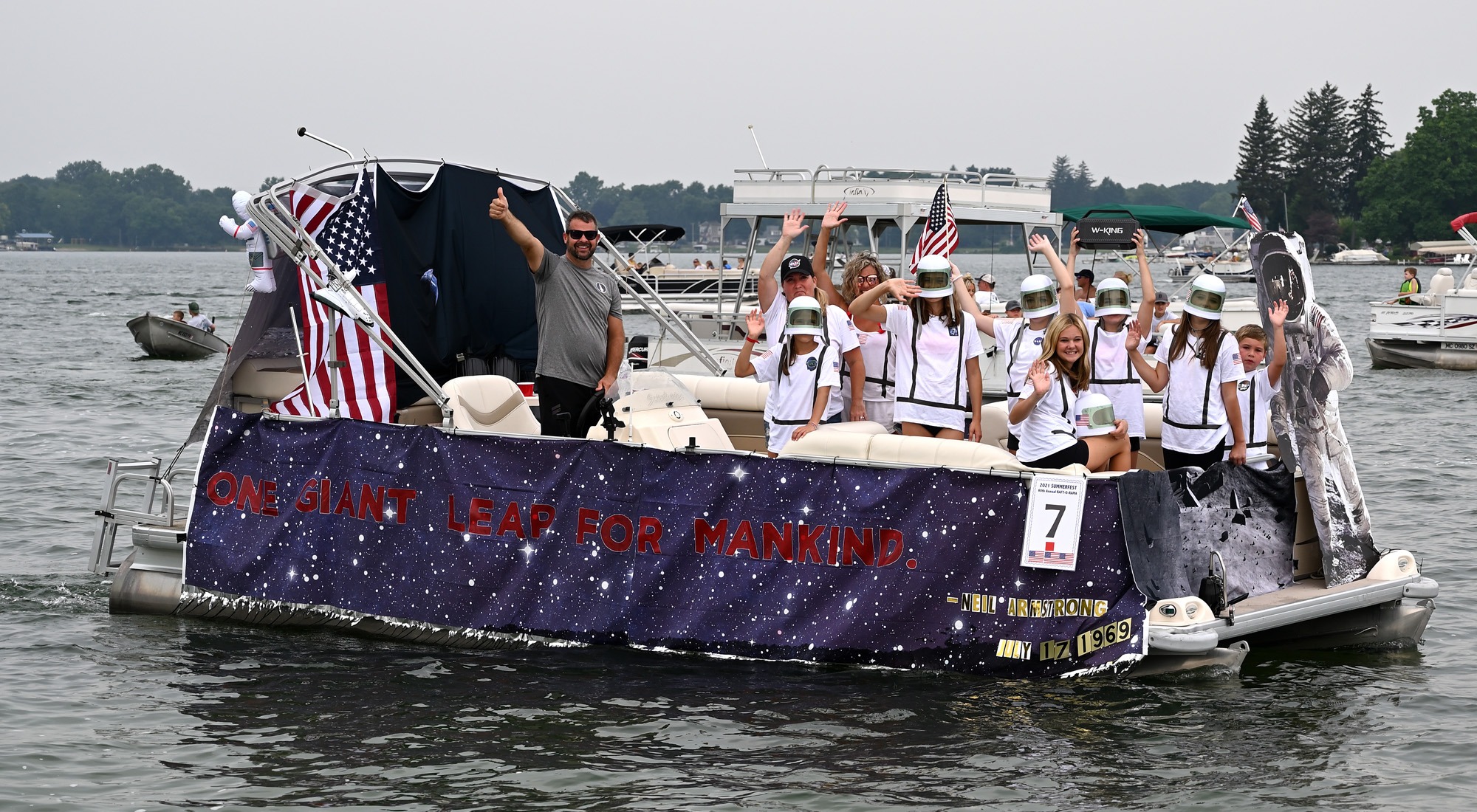 Most Attention to Detail #19 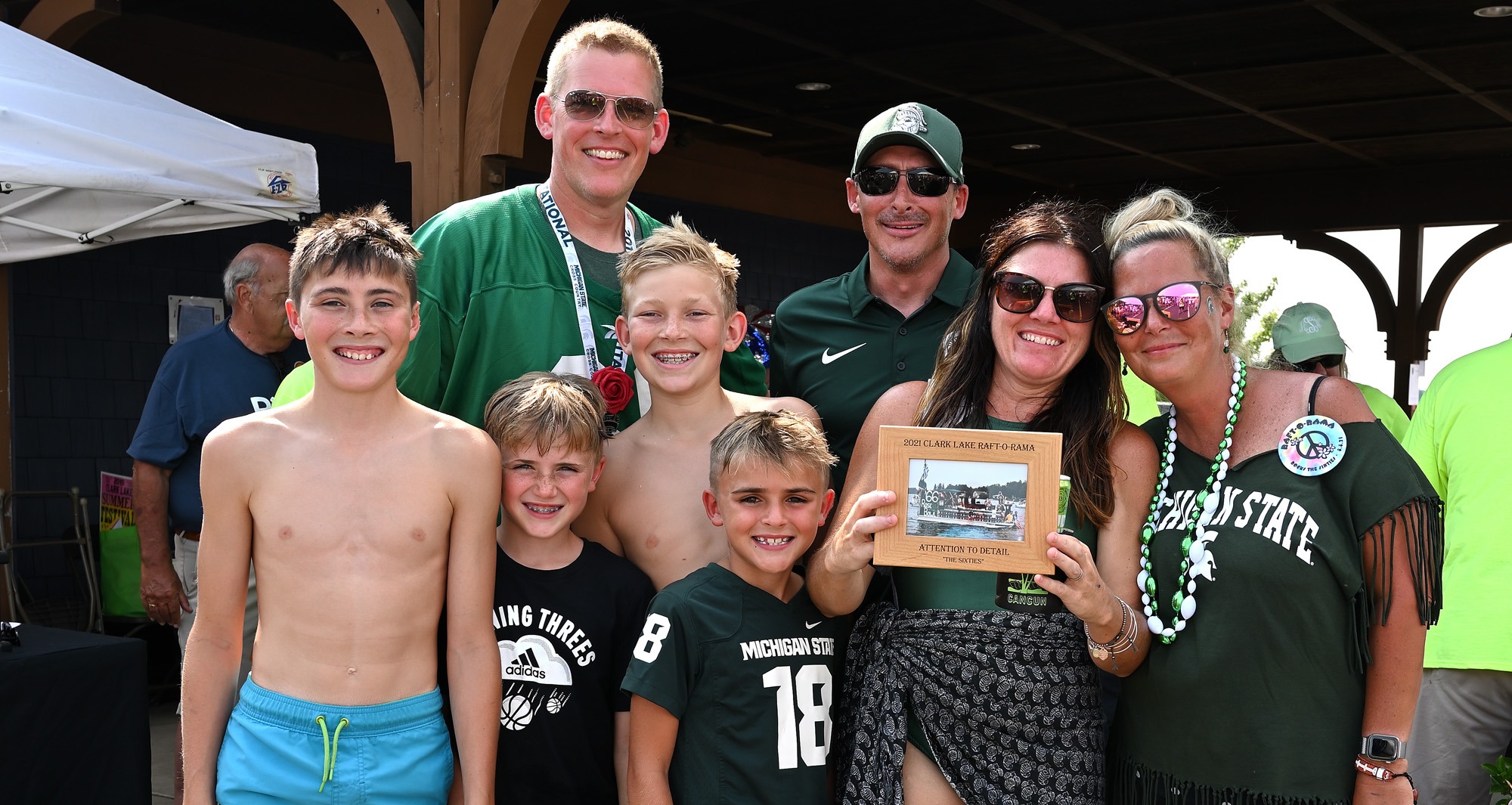 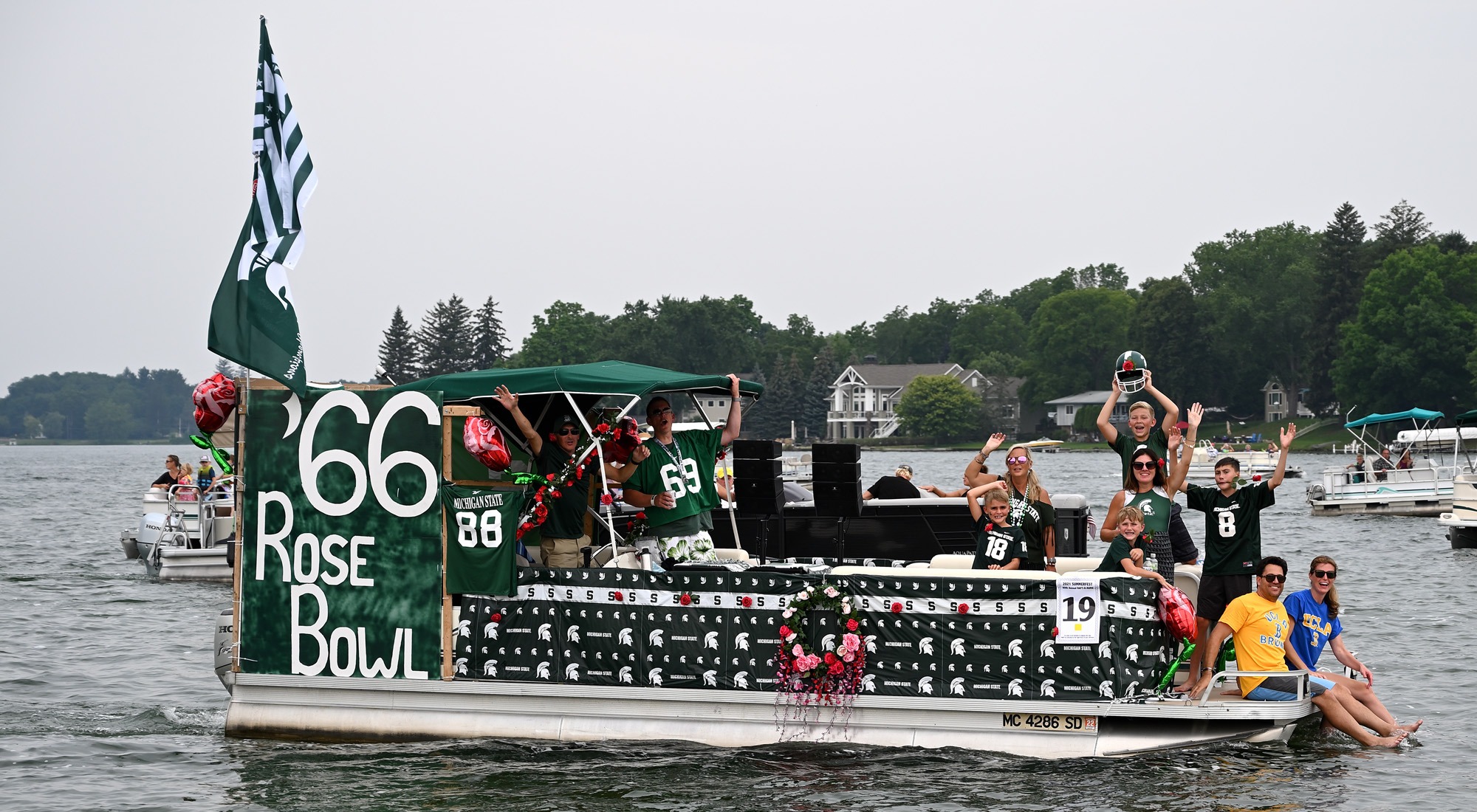 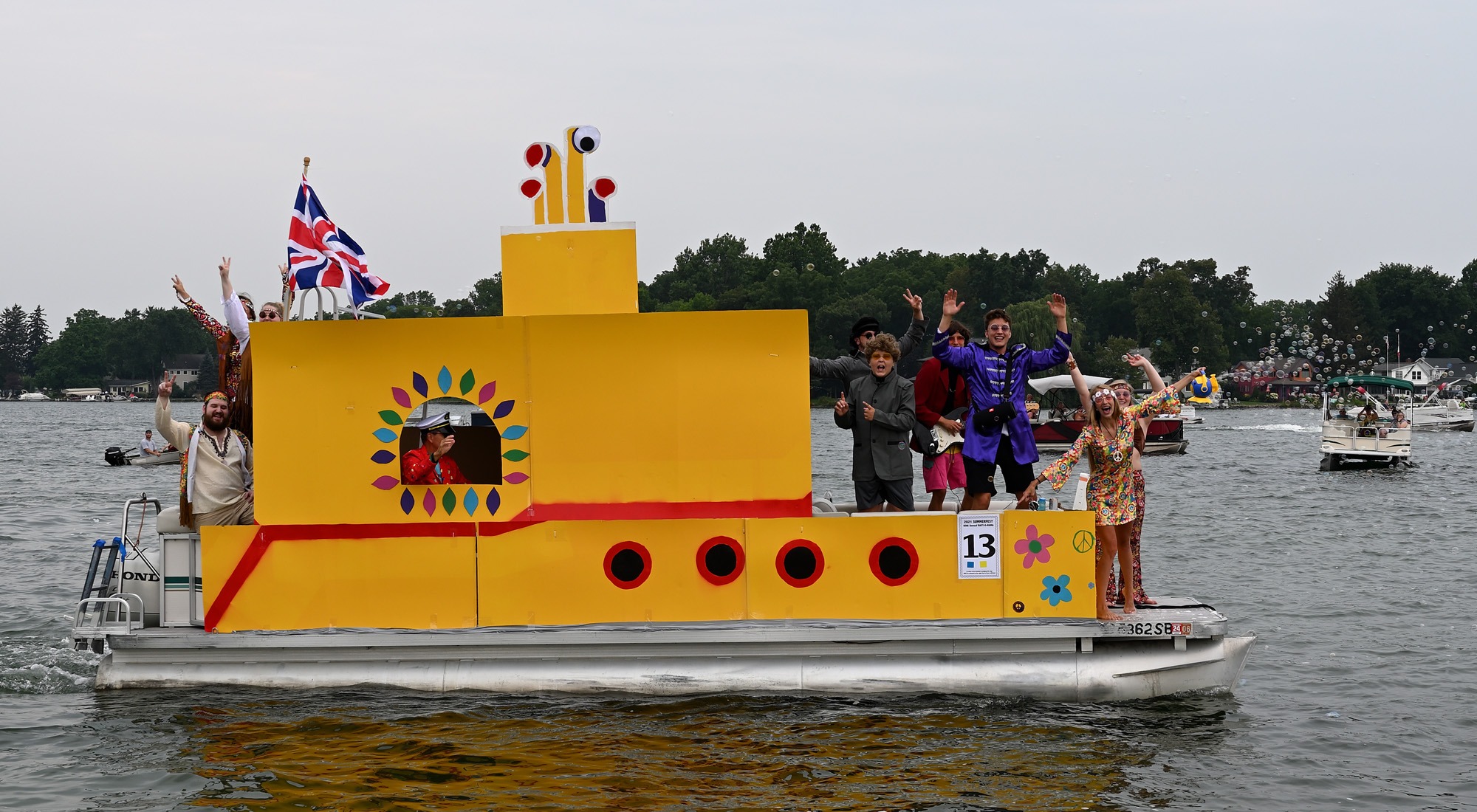 More Entries in this Slideshow

Here come the judges, who will remain nameless.  After voting their choices, they were whisked away by John Menard and immediately placed into the witness protection program. 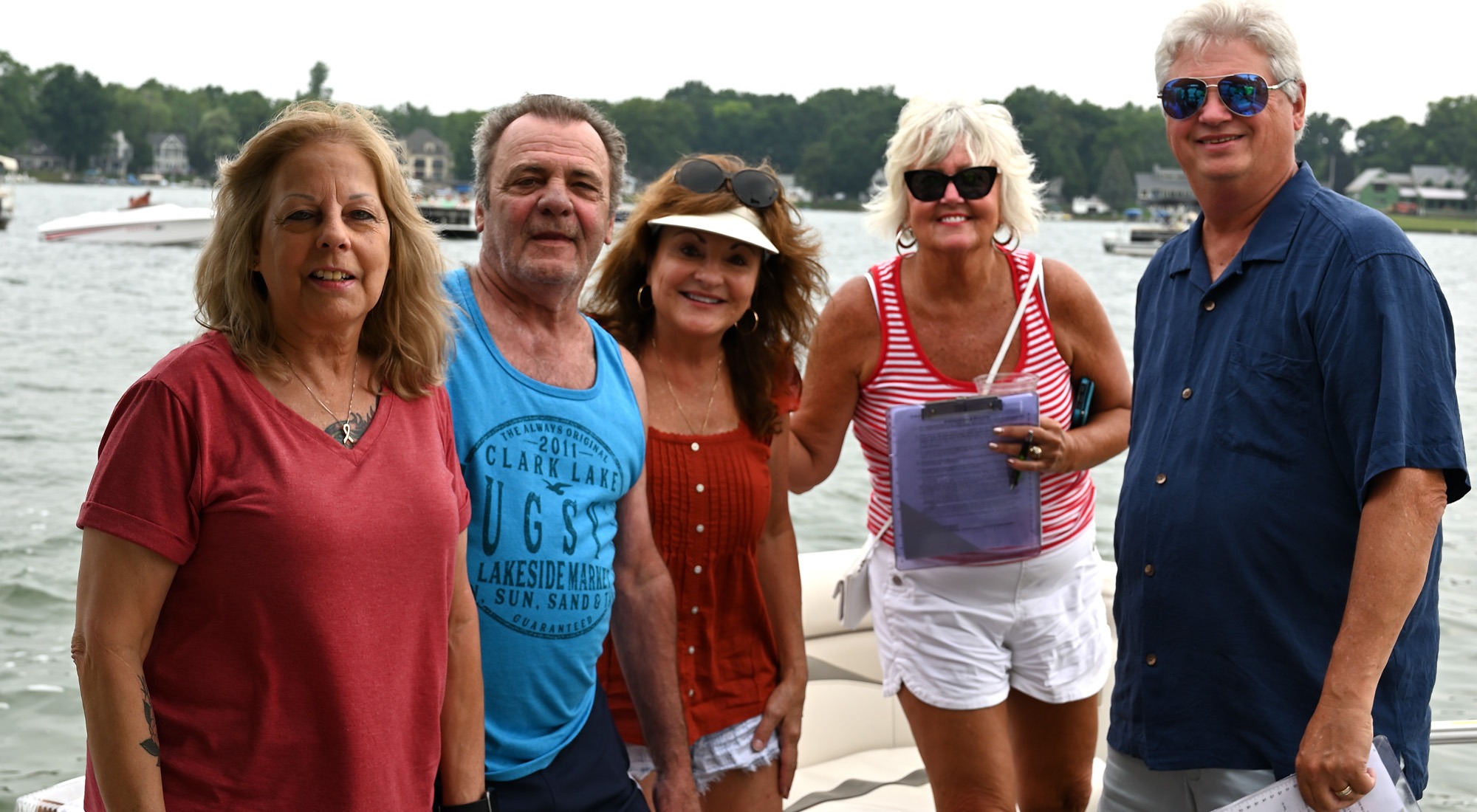 The Spirit Cam (west end) and DamCam (east end) operate 24/7 vis this website.  Both took part in Raft-O-Rama.  During the parade, they were focused on key points in the route.  Later, the DamCam watched Eagle Point, hub of activity.

Earlier, the Spirit Cam connected with the decorated rafts passing by the North Shore.