Raft-a-thon III is underway.  The goal?  To break the record for consecutive hours on Clark Lake waters.  Noah Zak, Andrew Duckett, and Crew Clement, recent high school graduates, boarded a raft yesterday at 2:04 pm.  Their intent is to stay on the raft for 69 hours.  To get the flavor of what’s happened so far, check out this morning’s video.  It includes how they were rudely awakened this morning, courtesy of Tucker Boyers, who was being Tucker at 5:30 am.

As you can see by the Raft-a-thon III name, this isn’t the first time something like this has been tried.  Sometime in the 1990s, another group of Clark Lakers laid down the marker.  Tucker Boyers, Bill Tuttle, Denny Negus, and Kim Degenais held out for 54 straight hours.  They had two rules according to Tucker Boyers, and these have been confirmed by Bill Tuttle. “You could only leave the raft for a #2 bathroom break and for last call at the Beach Bar.”

Raft-a-thon II featured Ryan Ambs and his group.  They hit the 61 1/2 hour mark.  Upon hearing about Noah, Andrew, and Crew, Ryan’s reaction was “Oh, that’s awesome.”

As he roused the guys this morning, Tucker snapped this photo. 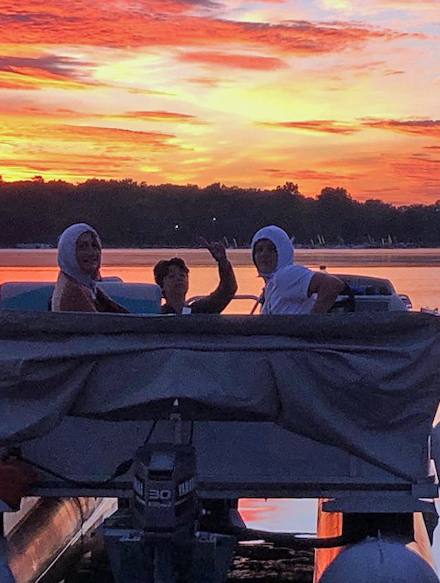 The guys spent the rainy afternoon under the tarp playing cards and trading stories.  Here they are about 3:30 pm out on the lake.  Clearly, their spirits weren’t dampened. 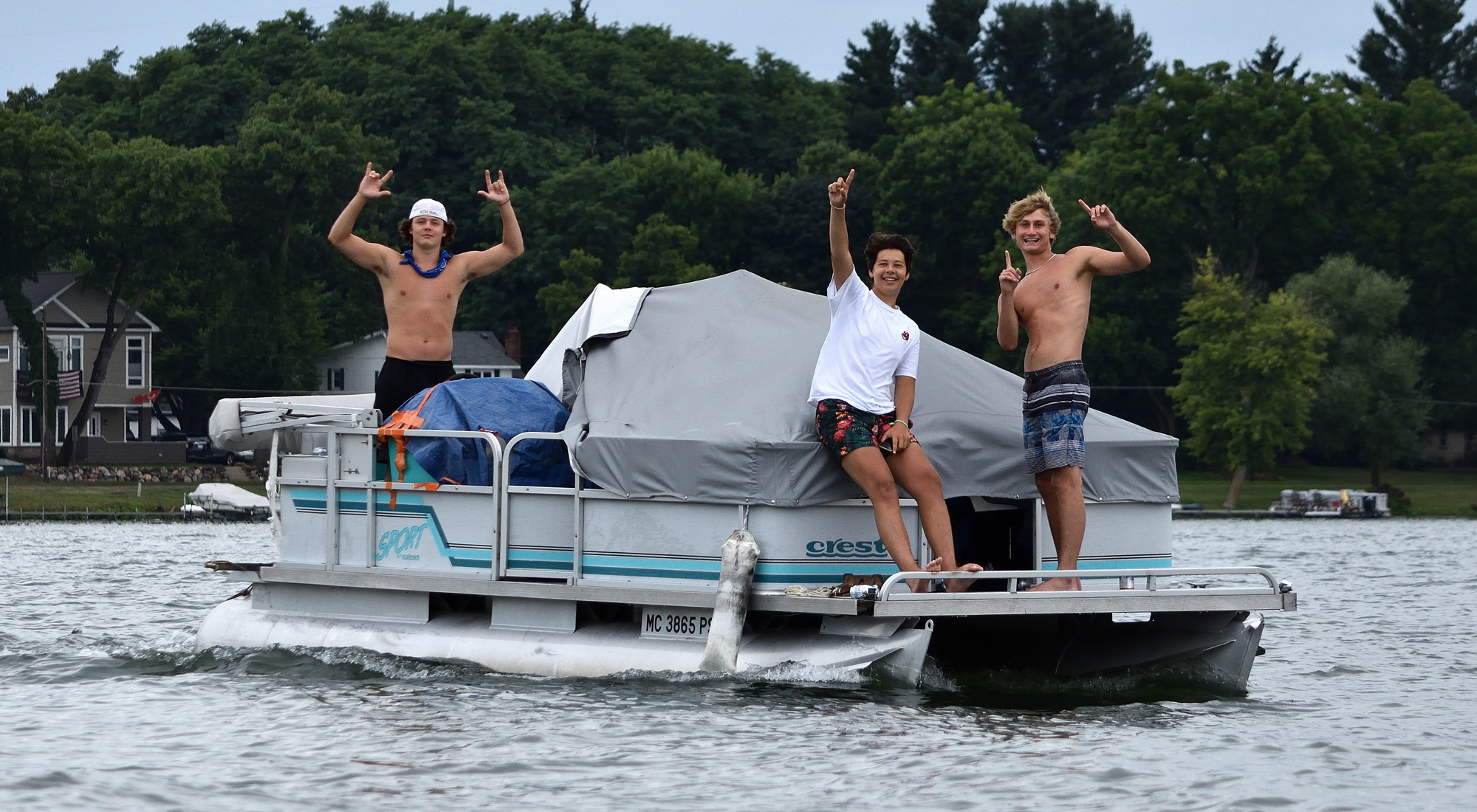 This evening, Ryan Ambs, who currently holds the Raft-a-thon record at 61 1/2 hours, found the guys on the lake and delivered a care package along with some advice on how to stick with it.  With more rain on the way, they may also need moral support. 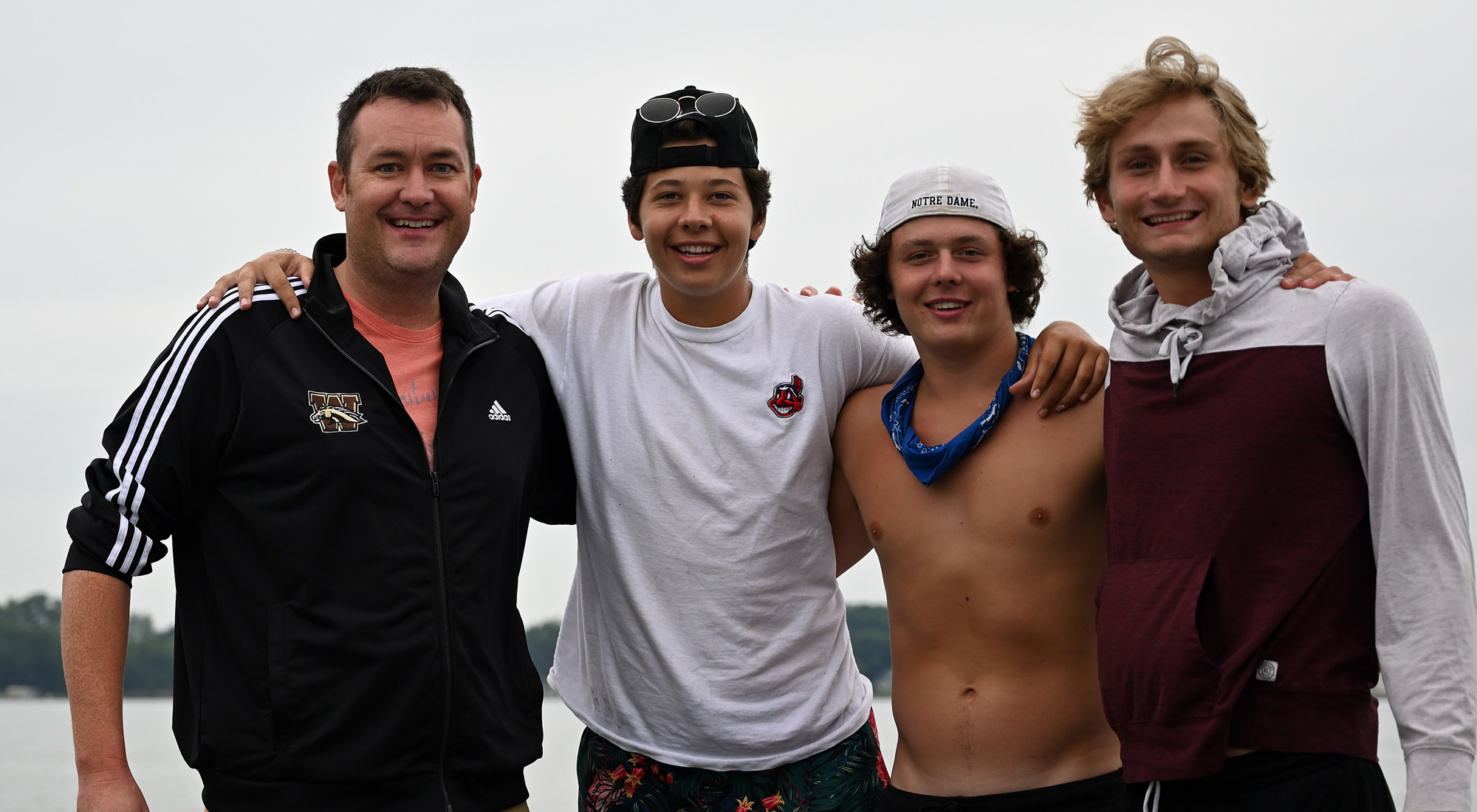 To see the send off video, and to drill deep into the details of Raft-a-thon’s I and II, please click here.