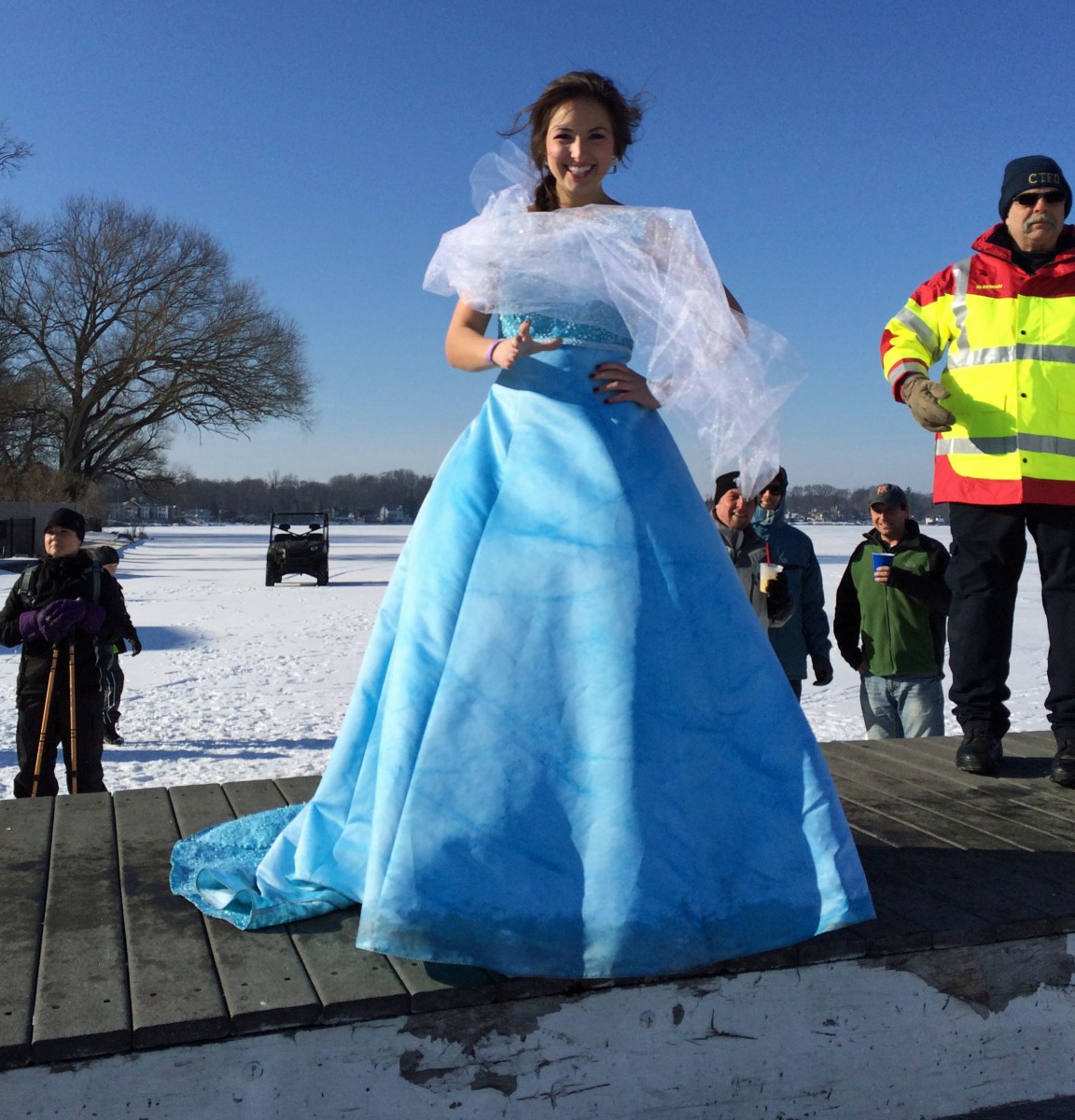 Queen Elsa prepares for her plunge. Click on photo for video. The lake is frozen solid enough to support the jeep to her right. Photo and video: Sally Lyons

Keeping true to its reputation for hosting happenings, 170 people jumped into Clark Lake at Eagle Point today. No big deal, you say?  What makes this into something is that this occurred on the last day of January, the ultimate heart of winter.  The lake is frozen solid.  And don’t let the sunshine fool you.  The air temperature this morning was barely 20 degrees.  The good news?  Apparently the Clark Lake Spirit was at work and there were no reports of anyone being frozen in place.  Even Queen Elsa (based on the movie Frozen) made the leap and successfully thawed out.  She “let it go.” (Click on the photo to watch the video of Queen Elsa’s plunge into Clark Lake).

Just jumping into Clark Lake under these conditions is impressive, but what makes this more of an occasion are the costumes.  That having been said, you’ll see in the photos the get-ups offered little, if any, protection from the cold.  Consider what it must feel like when one’s exposed flesh meets the brutally cold water head-on.  If nature had its own way, this small open area would be frozen over.  Only because of the bubblers that keep ice from forming around the Eagle Point Marina docks is the area open. Turn the bubblers off and the lake freezes.  That should give you an idea of just how cold that water must feel. 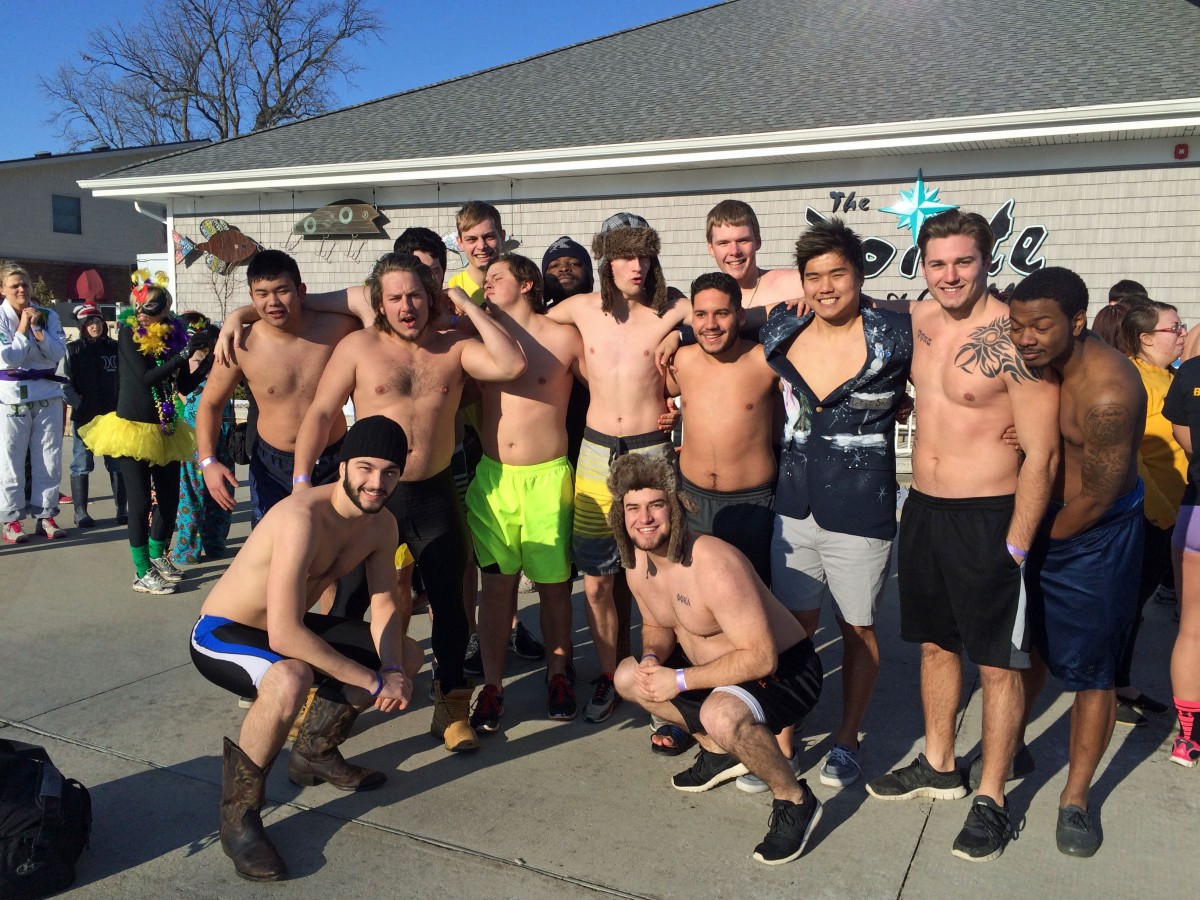 Pi Alpha Kappa, the Pikes from Adrian College get ready for their act of bravery. Click on the photo to watch the video of their plunge. Photo and video: Sally Lyons

The men of Pi Alpha Kappa, also known as “Pikes”, jumped into the lake and possibly joined some Clark Lake fish of the same name.  The Pikes made the trip from Adrian College to take their Clark Lake plunge.  Click on the photo for the video.

The event was part of the Michigan Law Enforcement Polar Plunge to benefit Special Olympics.  A number of these events are held around Michigan as fund raisers. Current estimates indicate that $30,000 was raised in today’s event at the Pointe Bar and Grill.

Thanks to Sally Lyons and Carl Noechel, both of whom braved the cold in their own way to provide photographic evidence that this really did happen.

You’re about to see why these three guys have achieved some notoriety at Clark Lake–Jesse Meston, Dan Omo and Ben Lee.  First, their still-dry, pre-plunge glamor shot.  Then scroll down for Carl Noechel’s nano-second by nano-second freeze-frames of their plunge. (click or tap any photo to enlarge; repeat, to reduce). 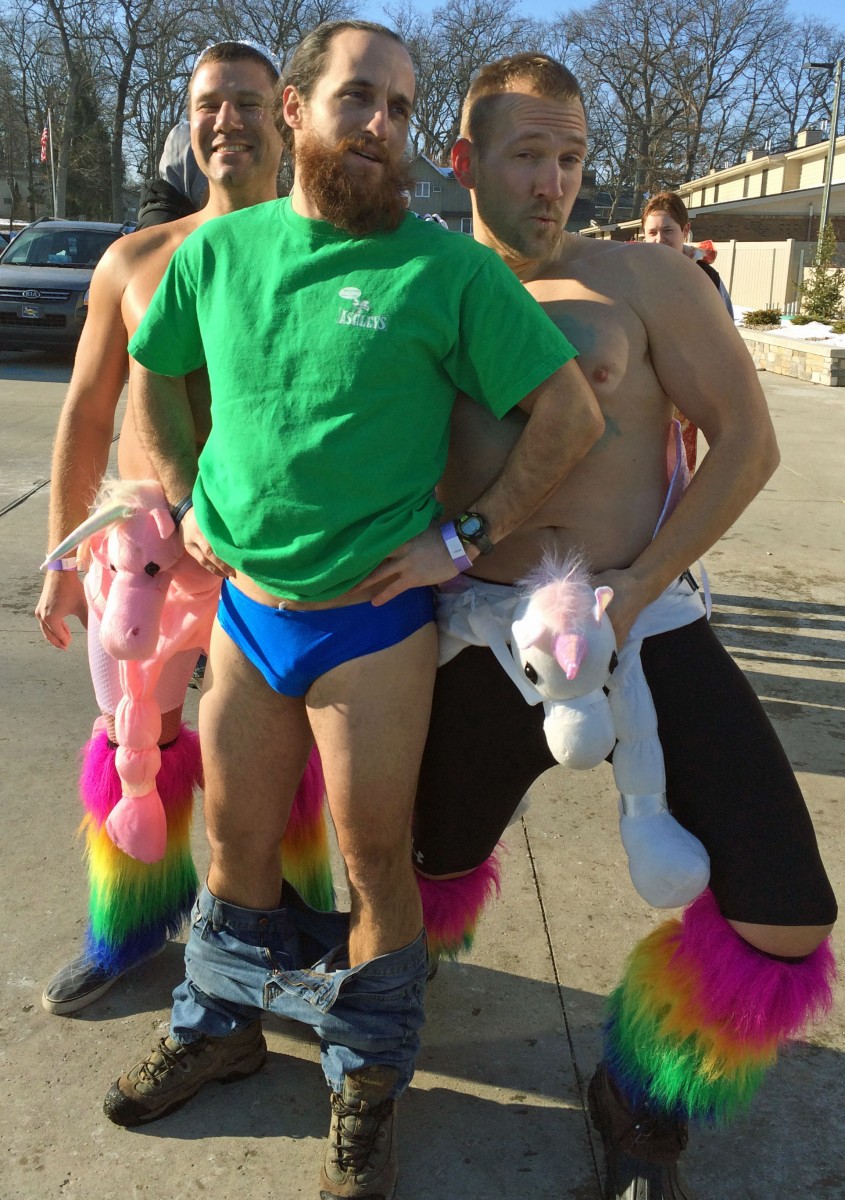 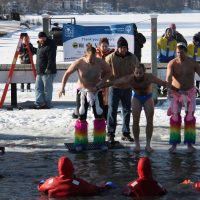 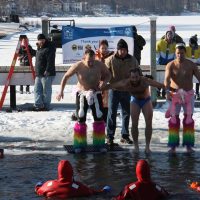 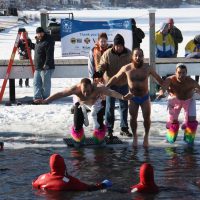 Still sure about this? 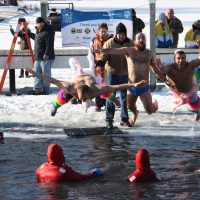 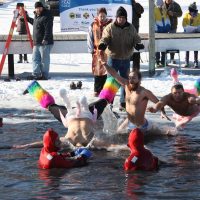 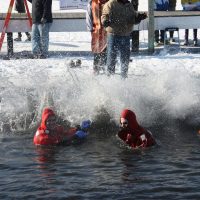 Here are some of the others who came to make their mark on Clark Lake’s icy waters today (Photos: Sally Lyons). 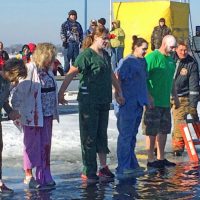 The Zombies made their appearance 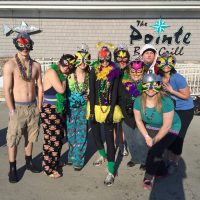 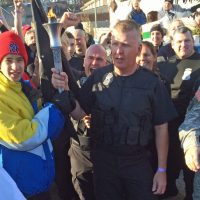