To those not on a lake, most any sunset will elicit an oh-wow response.  We, however, at Clark Lake are spoiled and tend to mentally rate them and analyze them.  You can go from “okay!” to “wonderful” to “amazing” to “awestruck–how did we get so lucky!”

Tonight’s sunset began in an inauspicious manner.  Then the drama began to build.  The air was so clear tonight and the sun so bright that in picture 4 it could not be looked at directly. A guess had to made at where to aim the camera.

Tonight (Tuesday 5/31/16) we had seven pieces of gold.  Here they are starting earlier and moving later.  The look and feel of any sunset is determined in some degree by what the photographer lets the camera see.  For example, zooming in leaves one impression.  By zooming out and capturing more of the sky, you get another.  That’s something to notice as you assay the pedigree of tonight’s golden take. 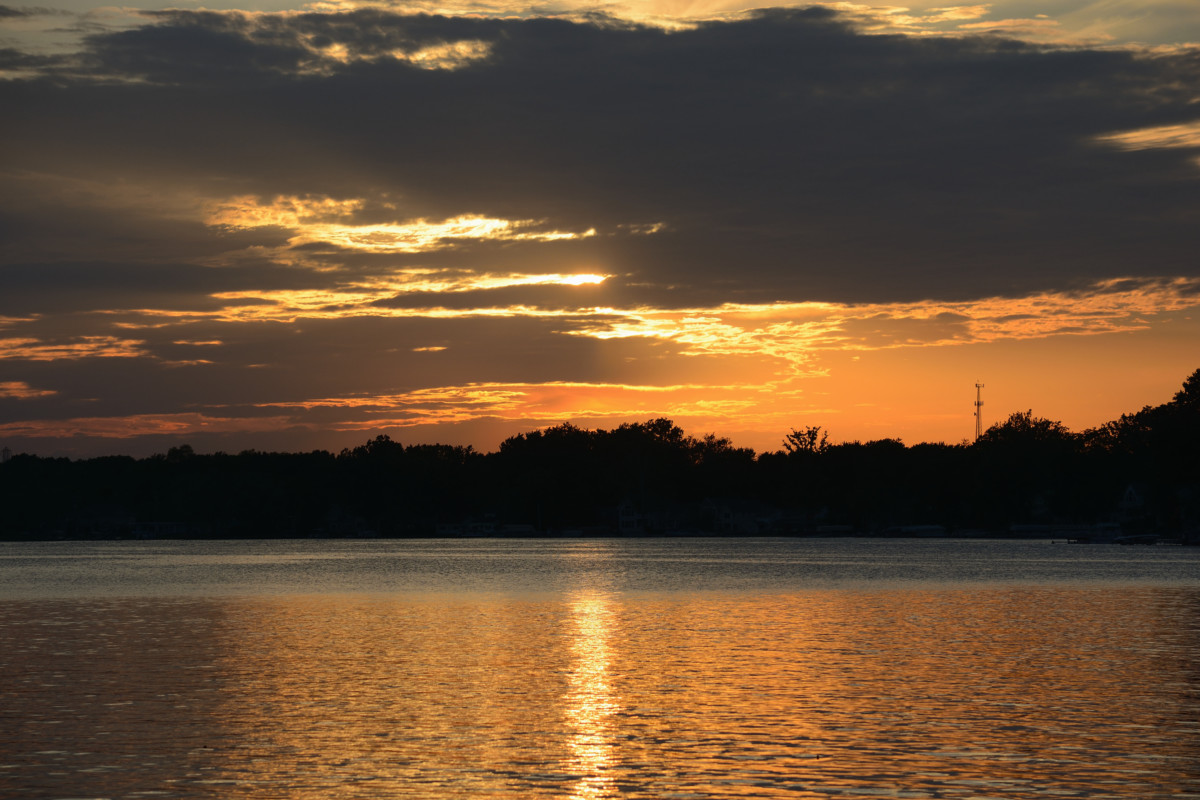 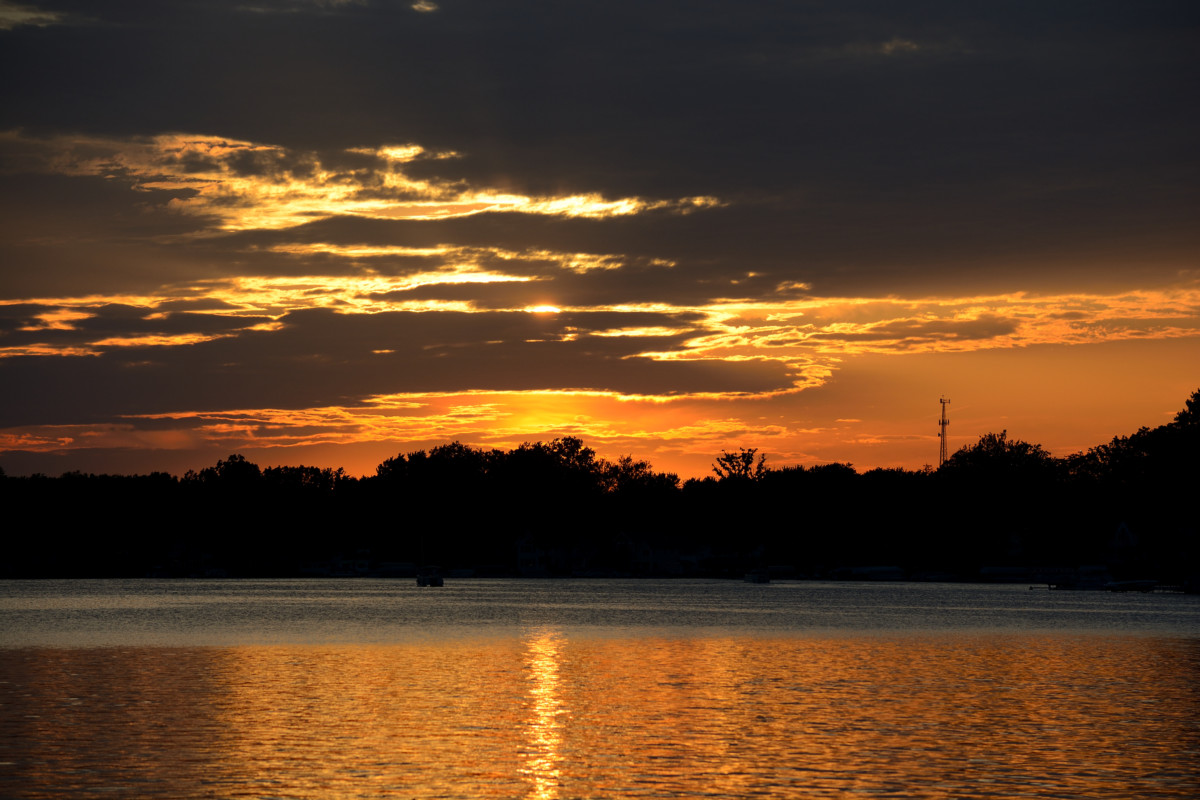 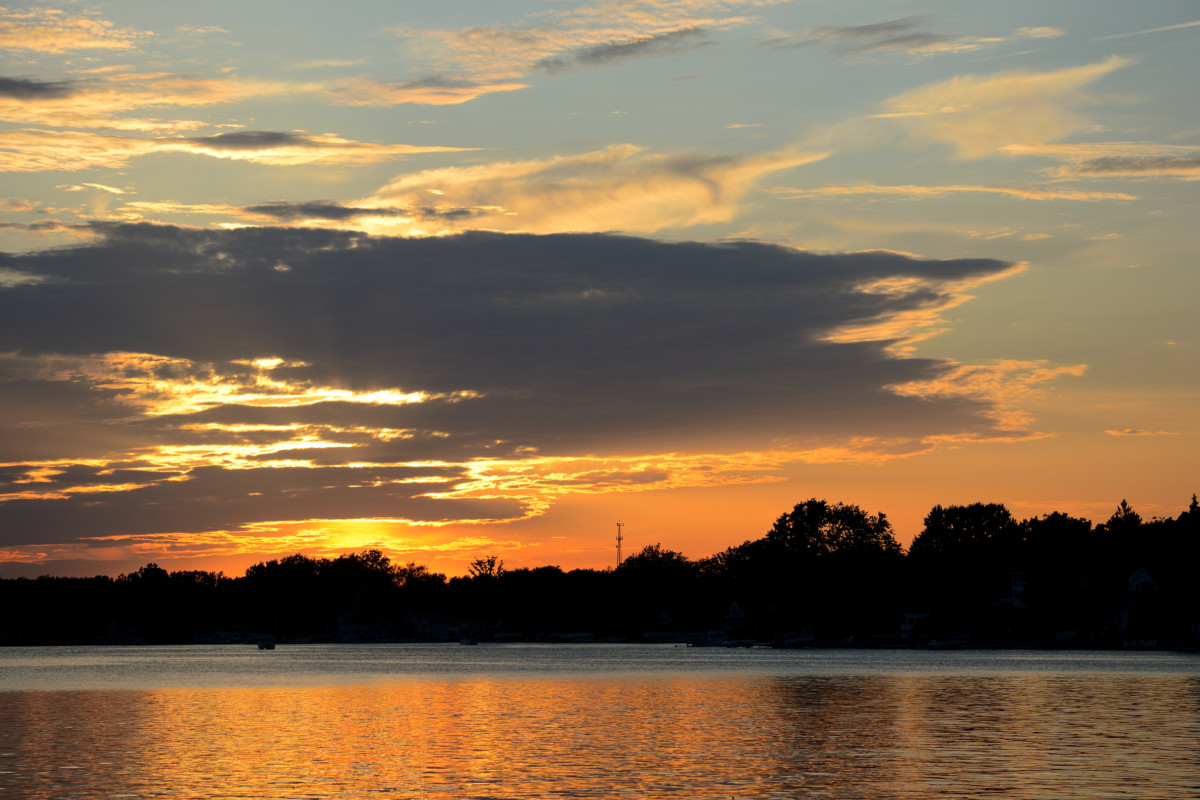 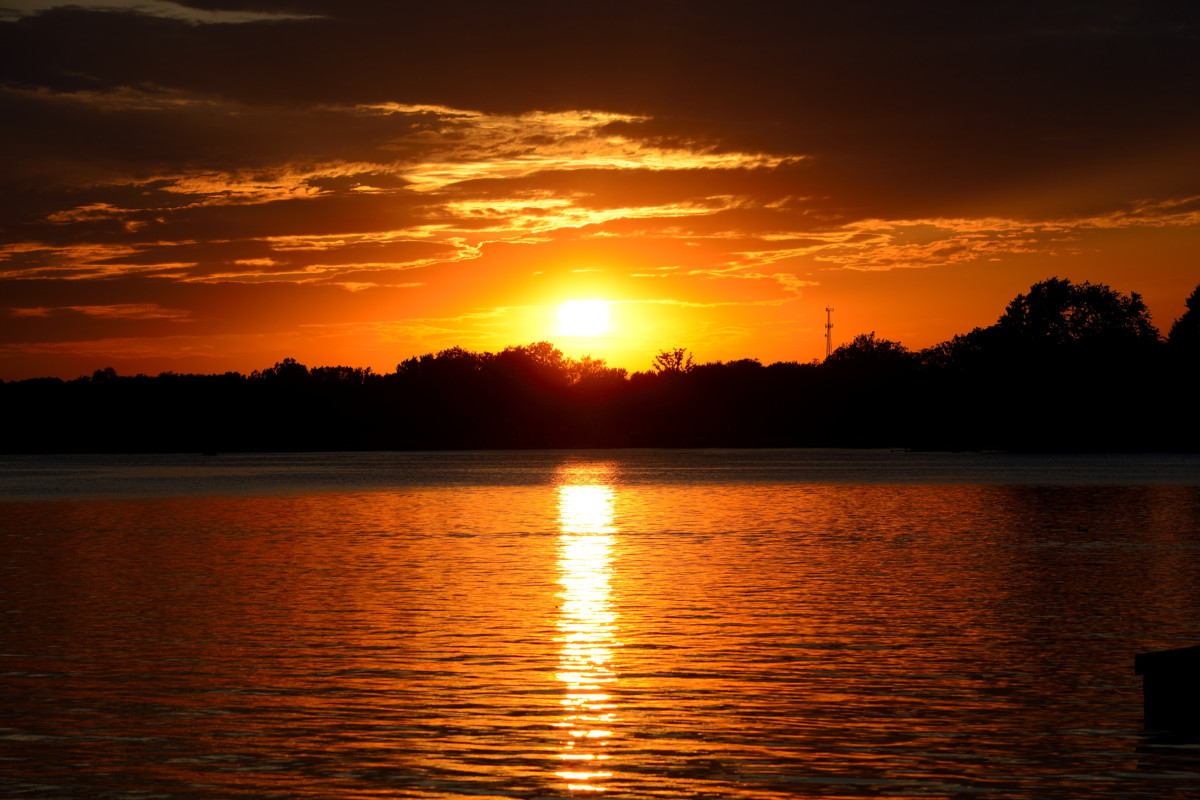 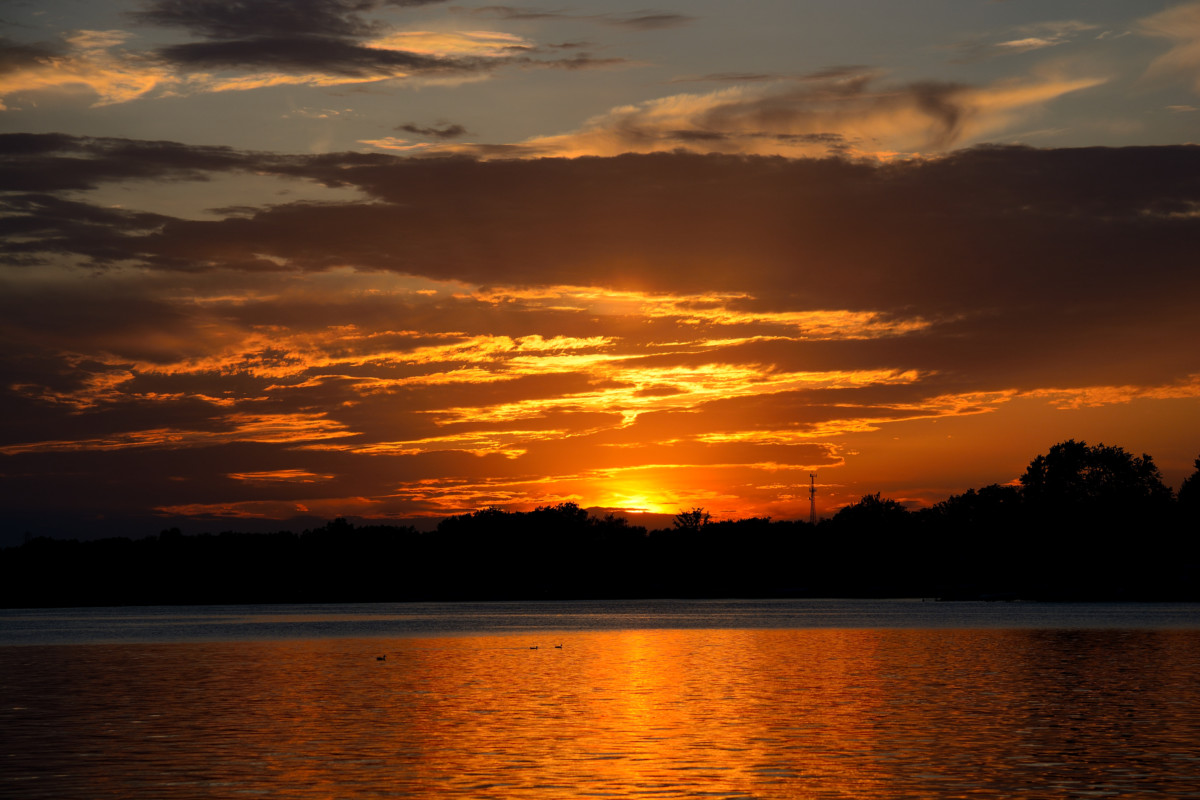 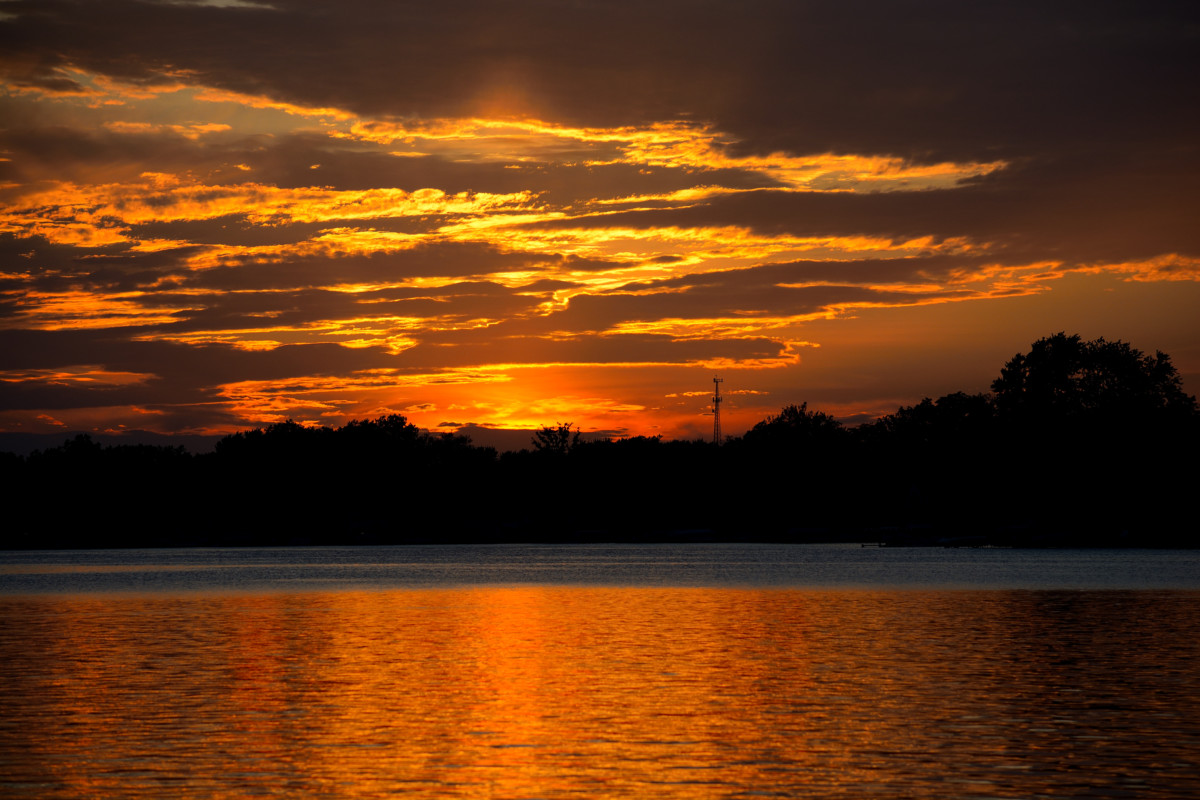 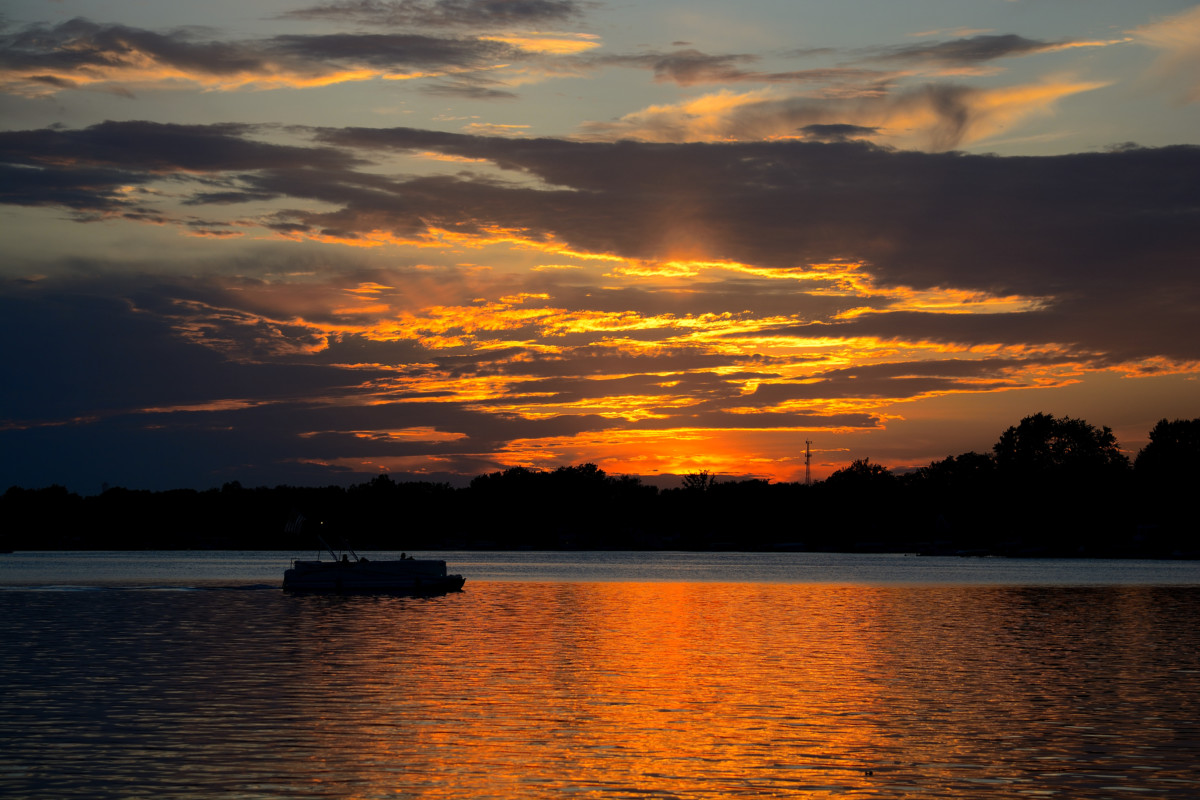