Dr. Philip Riley passed away yesterday at the age of 97.  Dr. Riley was well-known at Clark Lake, a resident since 1936.  An accomplished and busy surgeon at both Mercy and Foote Hospitals in Jackson, Dr. Riley spent summers at Clark Lake as a youth, and built his own residence in 1962, where he and wife Joane spent summers with their five children: Angie Francois, Camille Riley, Philip Riley III, Matt Riley, and Lisa Riley.

The family invites all to celebrate Dr. Riley’s life on Saturday, November 5th at St. Rita’s Catholic Church.  Visitation will begin at 10 am, with a Mass of Christian Burial at 11.

Dr. Riley was known and loved by many, as he lived and made nearly 90 years of Clark Lake history.  Later, on this website, a tribute to Dr. Riley will tell his story. 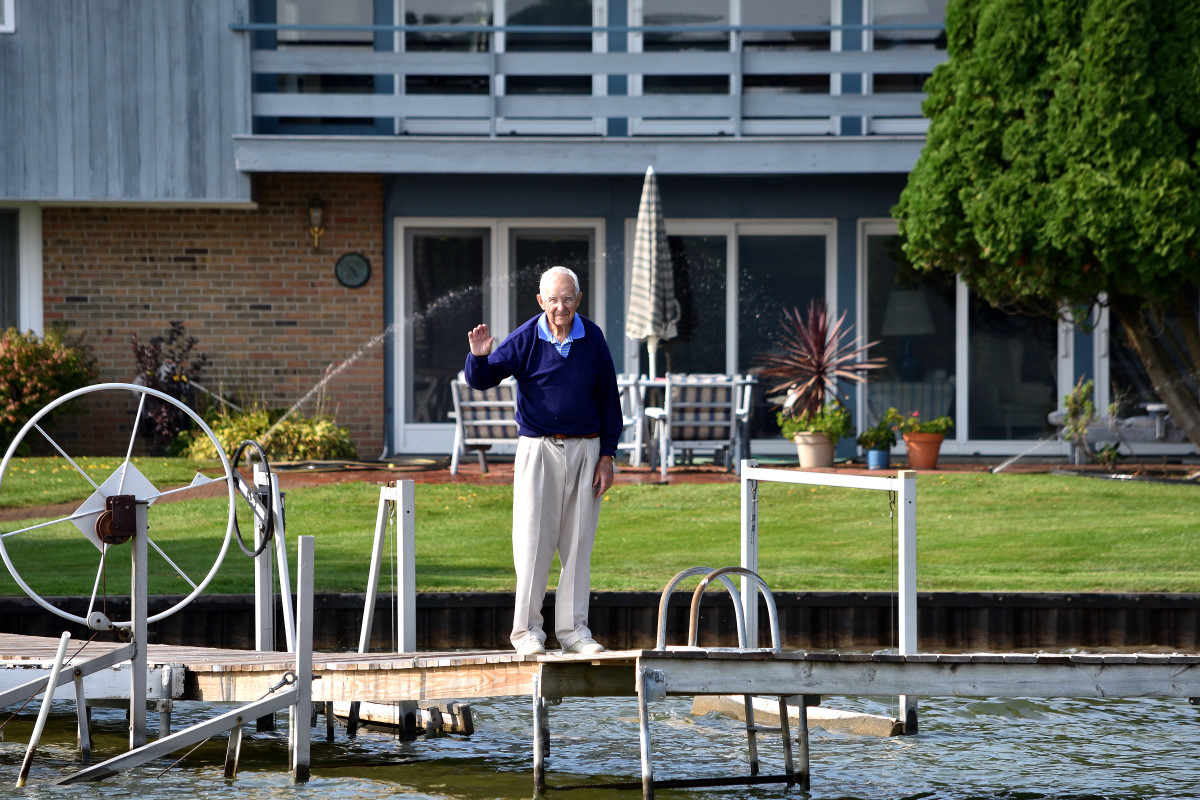