On October 5th, Clark Lake Postmaster Tim Kurtz heard a sickening crunch.  Stepping outside, he saw why.  A driver had lost control of her car, jumped the parking lot bumper, and rammed the flag pole.  Before its demise, the pole had displayed the flag for years.  It showed its age.  Rust and corrosion was plainly evident where the pole had been attached to the ground.  And hit with the force of a car, down it came. 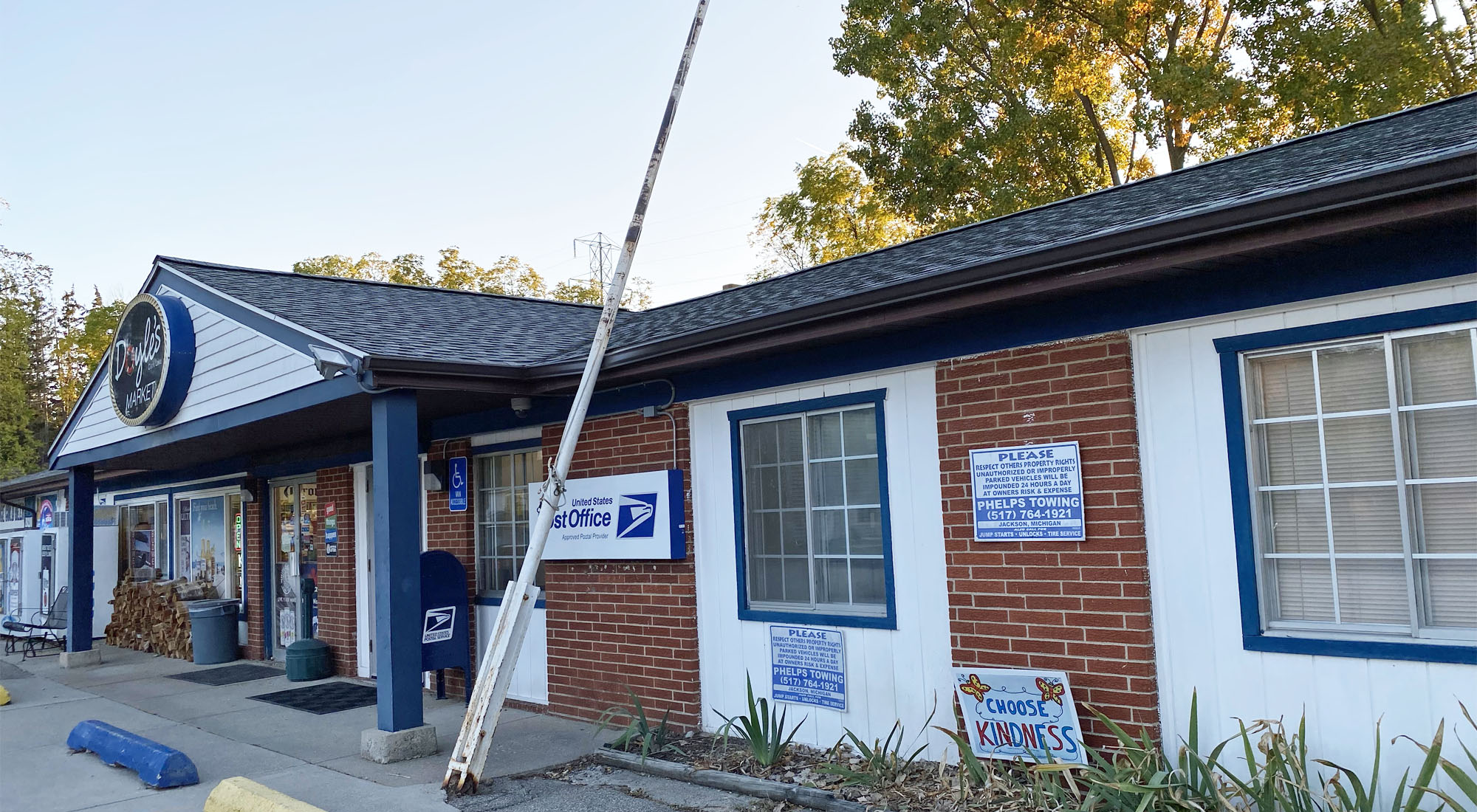 This website reported the story.  Soon after, Tucker Boyers volunteered to make it right.  Perhaps as a denouement of Veterans Day on Friday, the flag pole returned to its rightful place Saturday. Tucker tells how the repair took place.  Alro Steel donated the metal for the base.  His son, Bret, crafted the fitting at Boyers Tool and Die. John Gosinski created the base.  Just over a month later, the flag waves again. 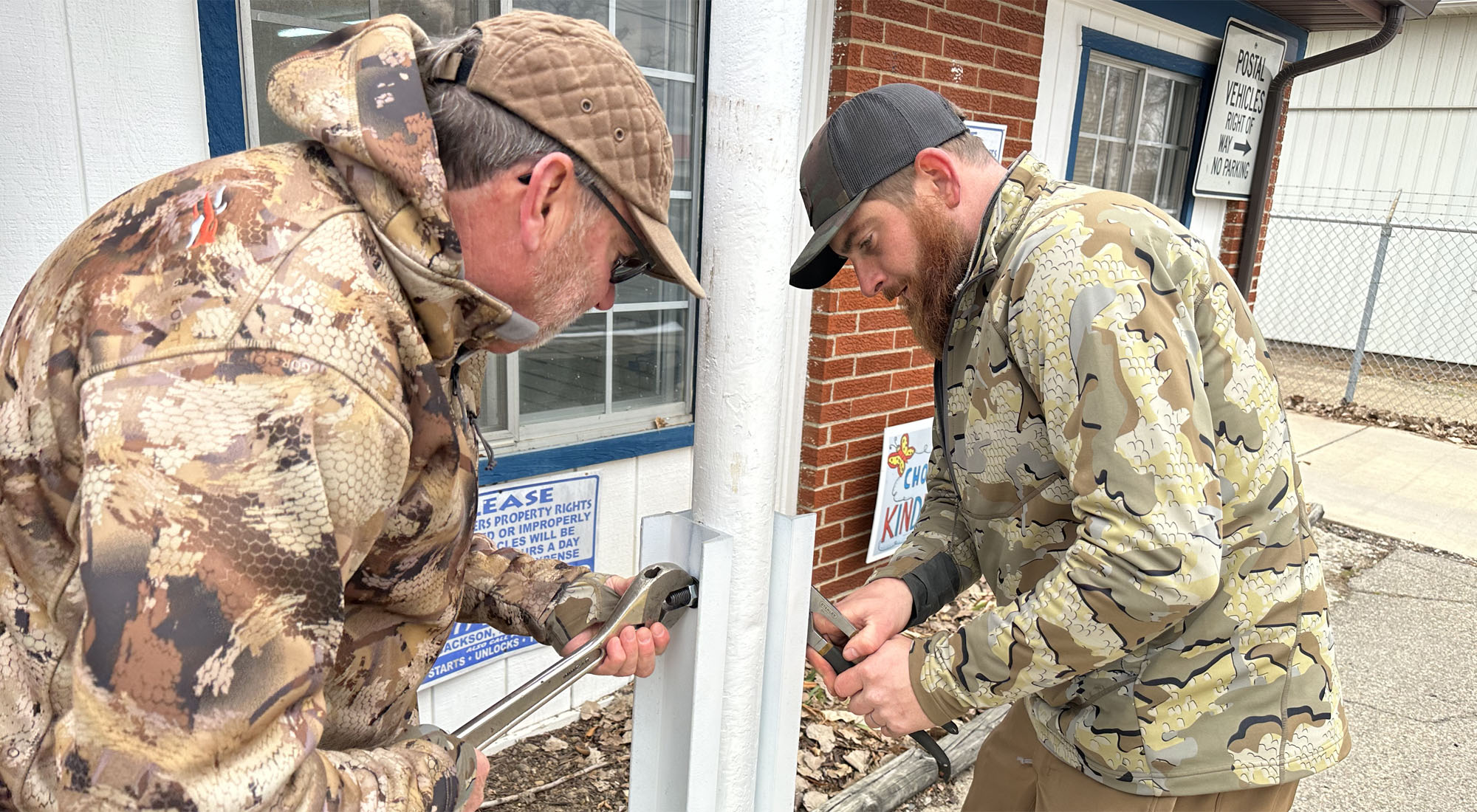 Long may it wave! 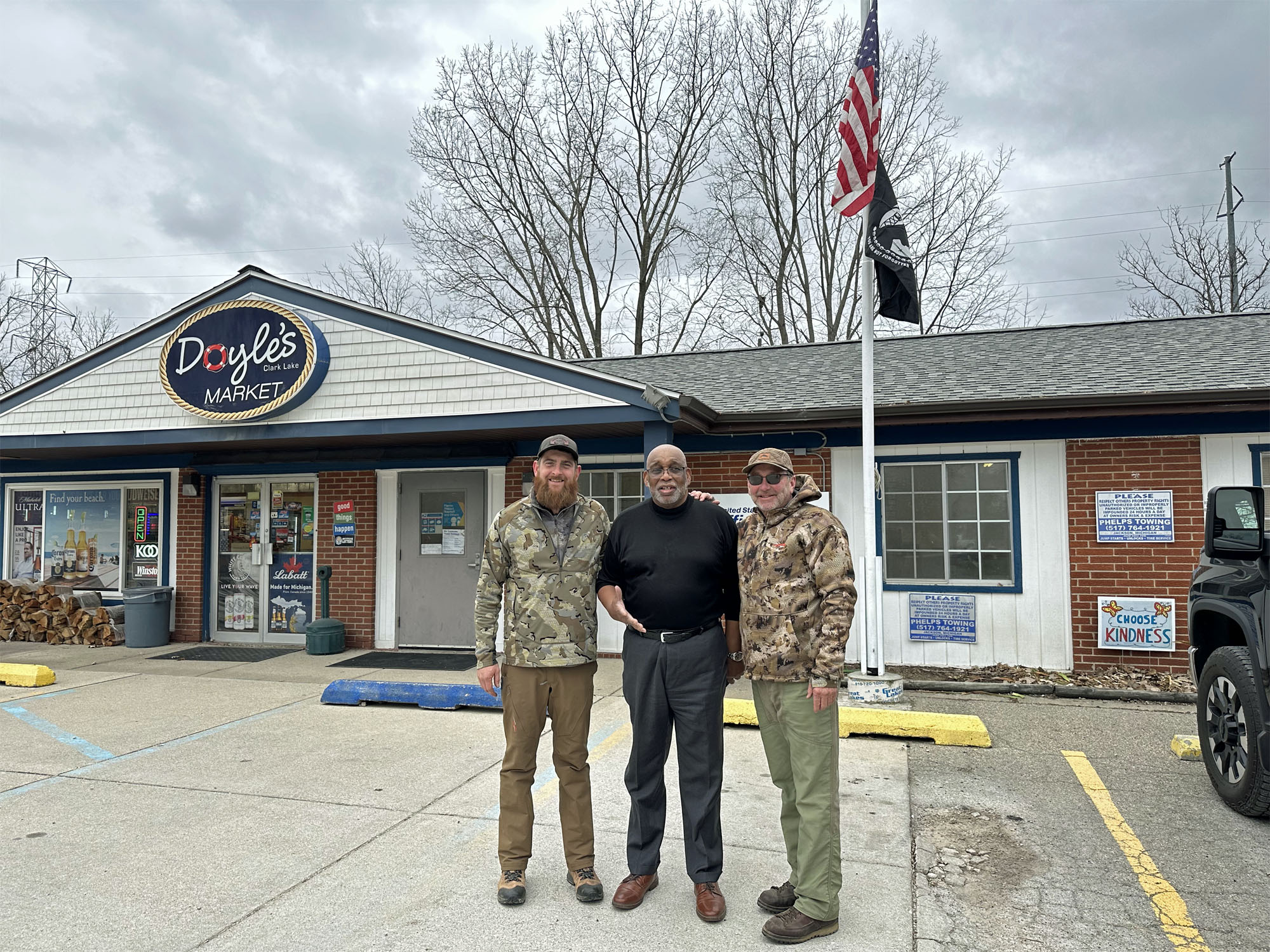