Last night’s storm that took out power for about 130,000 Consumers Energy customers mostly skipped Clark Lake.  The National Weather Service posted a Severe Thunderstorm Warning about 30 minutes before it hit Clark Lake.  The storm was traveling from northwest to southeast.  Even though Clark Lake was in the direct path, it passed on either side of the lake.

There was, however, some lightning, a few hailstones, and wind, but not the 60 mph predicted.  If floaties or other toys were left on docks, they might have been lifted away.  And rain?  There was some, but not enough to leave evidence of it in this Clark Lake birdbath this morning. 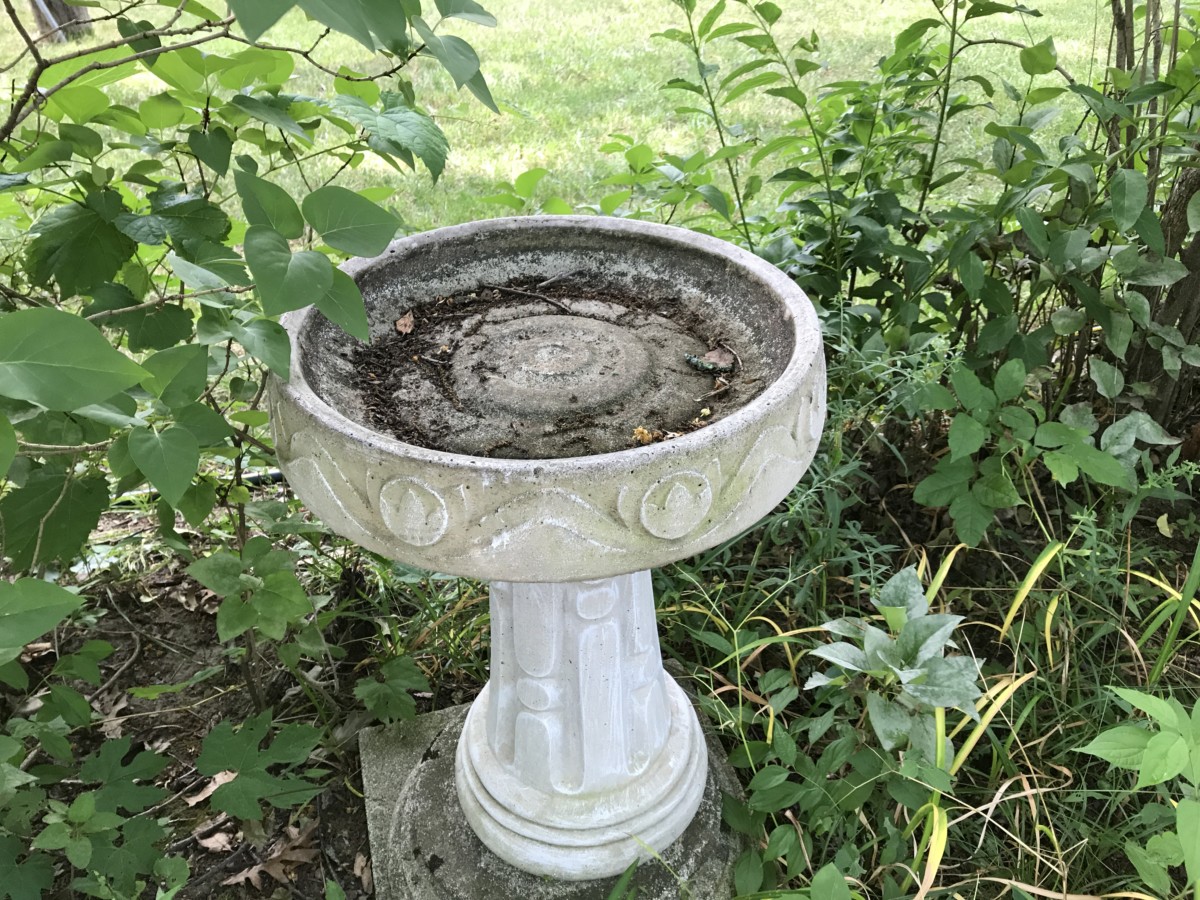