Four Hobie sailors from the Clark Lake Yacht Club were out on the lake this evening (Thurs 11/3).  While making a stop at the head-of-the-lake, they revealed the breaking news—Fleet 58 is back.  Yacht Club sailors have reestablished the famed fleet.  Chance Winnie is commodore, and Ian Buckley, vice-commodore.  The group is involved in the registration process with the national organization. 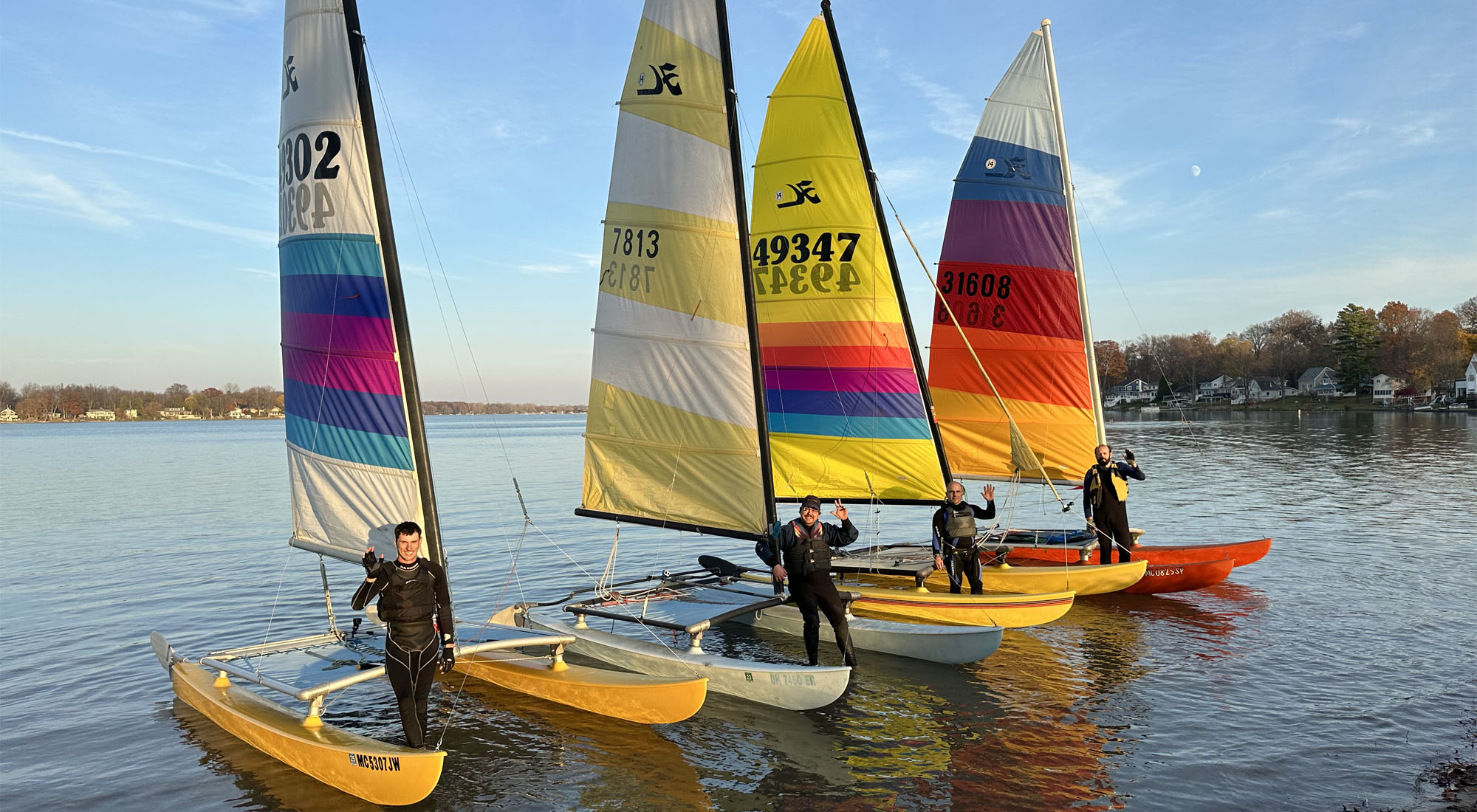 In 2020, the Boat Count found 2 Hobies at the Yacht Club.  This summer, the number had grown to 13.  In listening to these four sailors this evening, you could feel their enthusiasm.  They are looking for others to catch the excitement and rebuild the fleet.  It shouldn’t be hard to find former Fleet 58 sailors at Clark Lake.  At its peak, Clark Lake’s Fleet 58 could claim more boats than any other inland lake in the United States.  And it didn’t go unnoticed.  Hobie Alter came to Clark Lake to see it for himself.  Sailors from Clark Lake also traveled to other venues where competitions took place.

The photos below are from Meredith Szostek’s collection.  During her life, she was a big supporter of Clark Lake activities, and Hobies were at the top of her list.

Flashback to summer 2014.  The Clark Lake Spirit Foundation, in collaboration with the Yacht Club, put together the Fleet 58 Reunion and Regatta.  Sunday, July 6th at Clark Lake was just about perfect for sailing–not too hot, not too cold and enough wind that sometimes turbocharged the 25 Hobies that participated.  To review the event, including boats, scores, and people, please click here.

Later in the evening, the DamCam spotted the four headed toward east of Eagle Point.

Earlier, this photo was taken from Hyde Road. 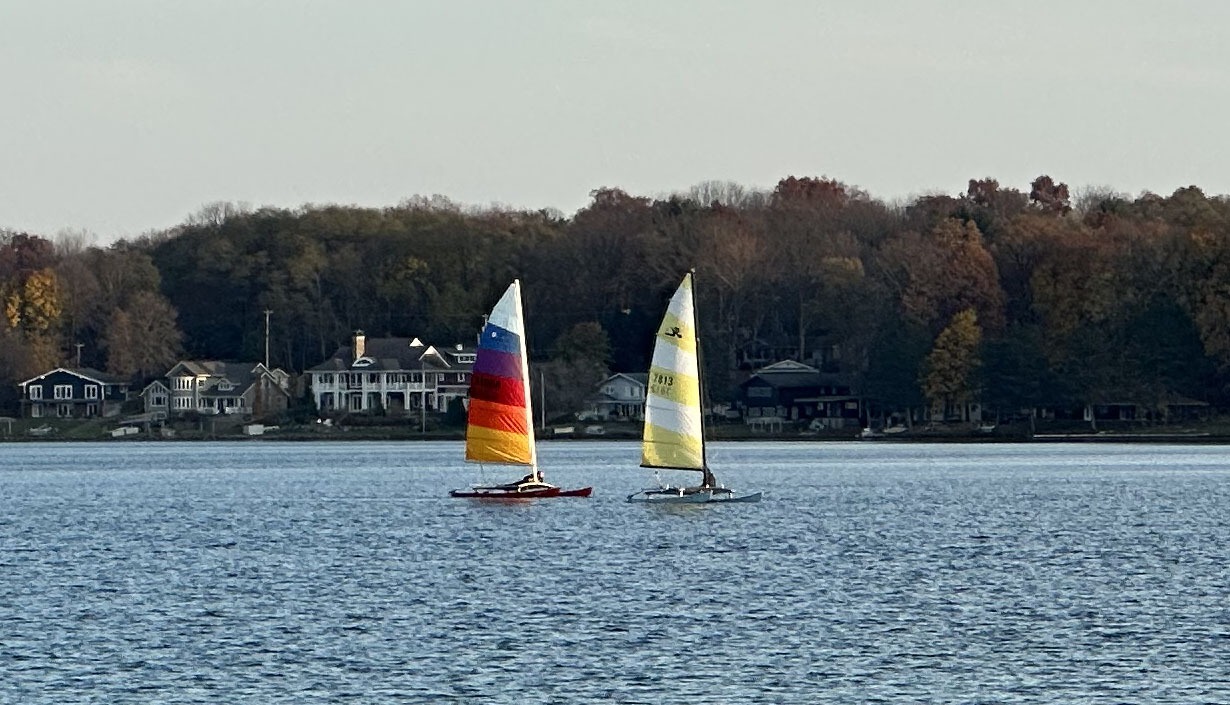