It was late October in 2008 or 2009. Turtles of various kinds often nest in front of our place on the east side of Eagle Point. At the time of this incident, several snapping turtles could be observed. The snappers were fairly large, like to bury themselves in the mud, and could be aggressive. 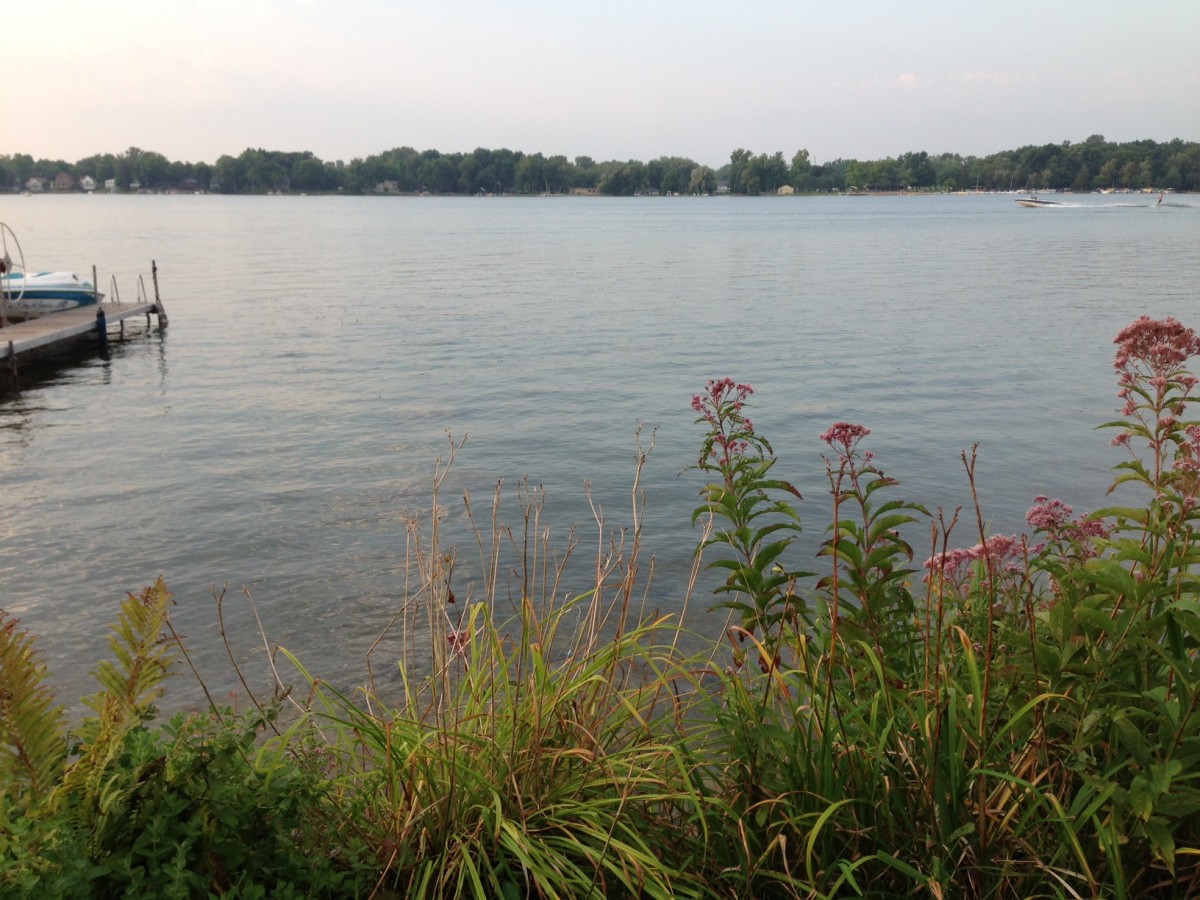 Scene of the turtle’s criminal activity. Not recommended: listening to “My Ding-a-ling” by Chuck Berry.

My wife and I were watching a swan in the water about 10 feet out in an area that is no deeper than a foot or two. The swan, a smaller one, was dipping its head down in the water, probably fishing for whatever it could find in the mud. Suddenly it started having problems. It began flapping its wings wildly, but its head was apparently being held below the surface. Finally the swan brought its head up, tucked it under its wing and was still. Very still. Eventually the swan floated to shore where we determined that it was dead. Looking it over, we saw that it had a severe bite to the back of its neck, just below the skull. We concluded that a snapper had grabbed it and didn’t release it from its powerful jaw until the bite proved fatal.

Snappers operate on instinct. They go for whatever they sense is in front of them. That’s probably what happened to the swan. If you have ever dealt with a snapper, you know about this. Our son- in-law spotted a snapper on 127 and decided to stop the car and get it off the road so it wouldn’t be hit. He grabbed it by the tail; and the snapper, with its long neck extended, almost bit him. He picked up a stick and the turtle grabbed it. He was then able to drag the turtle to safety.

NOTE- George Hill is a brother of golf pros Mike and Dave Hill.  Dave Hill passed away in September, 2011.