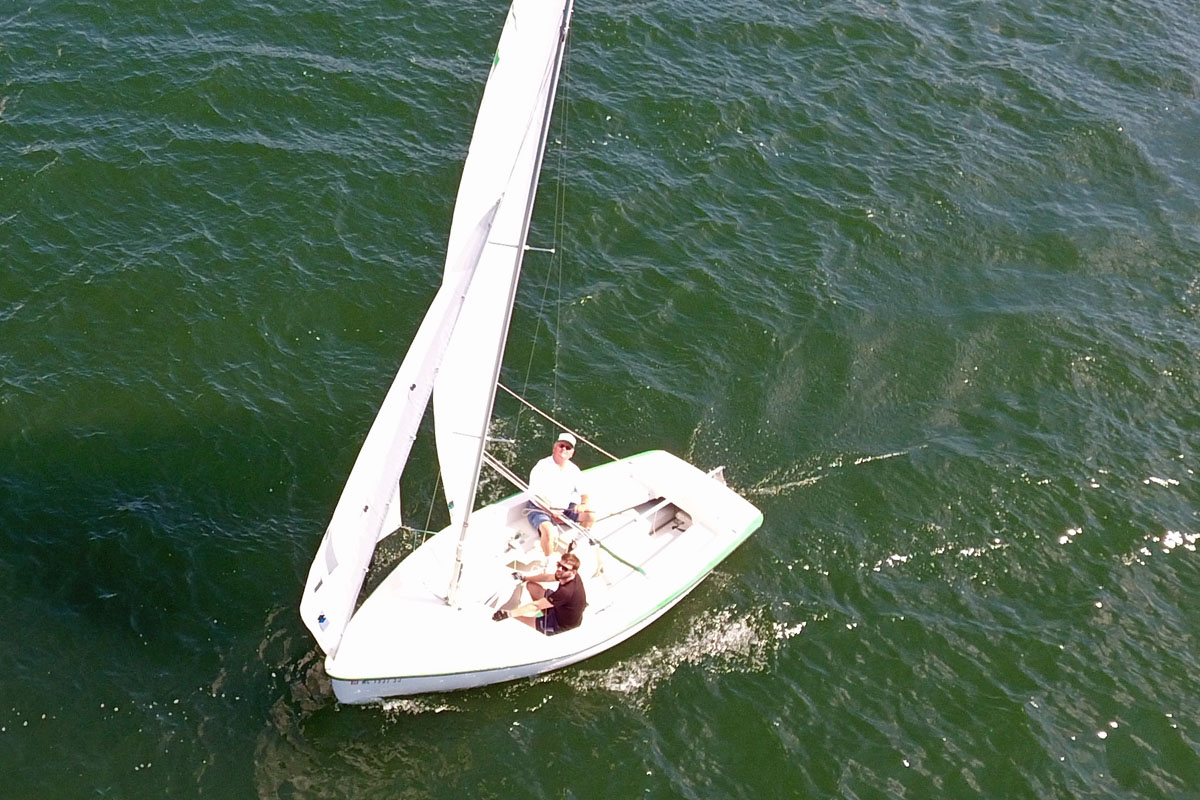 The Rebel National Championships, held at Clark Lake this year, attracted 12 entries from places as far away as New Jersey.  There was healthy representation from Michigan, and from local sailors.  There were 9 races in the regatta–three on Friday, four on Saturday and two on Sunday.

A meet like this is a reunion for many of the participants, and you can see that friendships have developed. But once the starting horn sounds, these competitors are in it to win.

One area where skill and experience come into play is at the start.  Unlike a car or power boat, you can’t idle at the starting line. Boats circle waiting for the starting horn.  That is more challenging considering changing wind conditions, and being in close proximity to other boats trying to be at the line a nanosecond before the race begins. Collisions aren’t unheard of, and sometimes words not permitted on prime time TV have been heard.  Similar skill and experience is demanded when rounding the buoys.  Check it out for yourself, above.

Because of the shape of Clark Lake and other natural forces, wind conditions can change a lot from moment to moment. The map above shows how the lake is divided into sections.  The race director decides where buoys will be placed depending on current conditions.  Once the boats are on the course, it’s up to sailor and crew to make the most of these changing conditions.

The races are scored by place of finish in each race, and then added together to determine the final outcome.   The lowest score, as in golf, is the winner.  Starting with first place, here are the finishers as compiled from all 9 races this weekend. 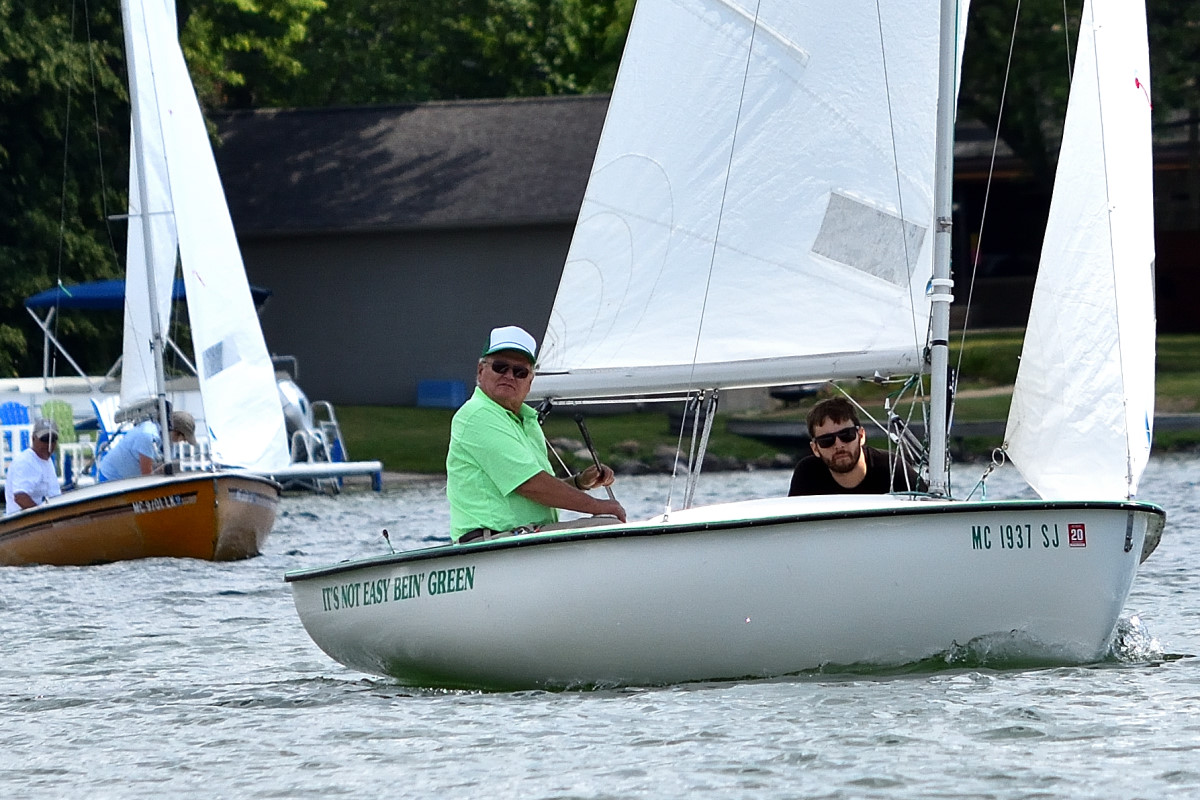 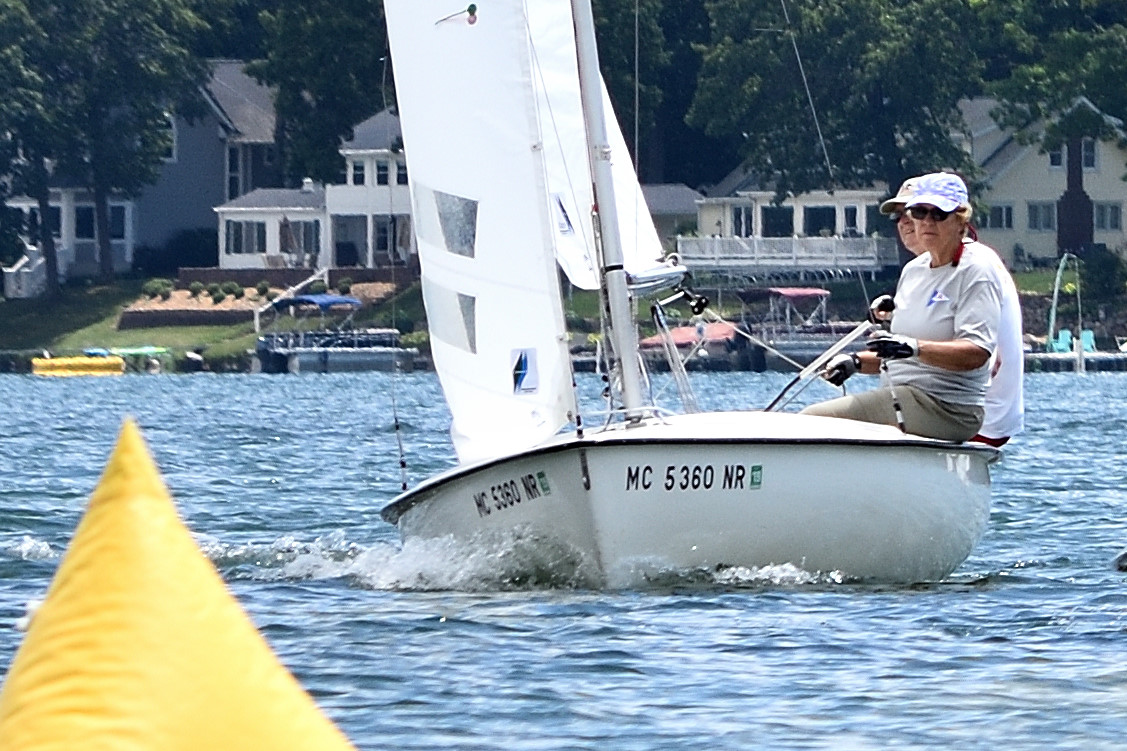 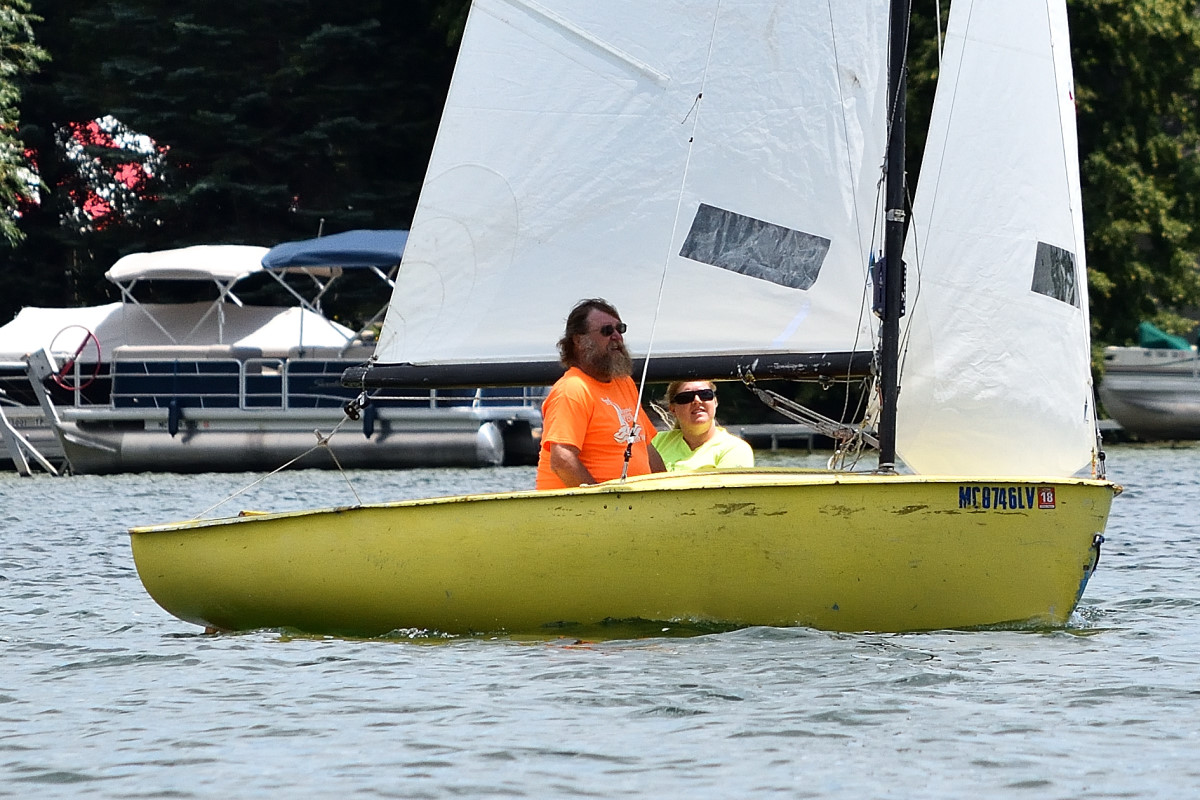 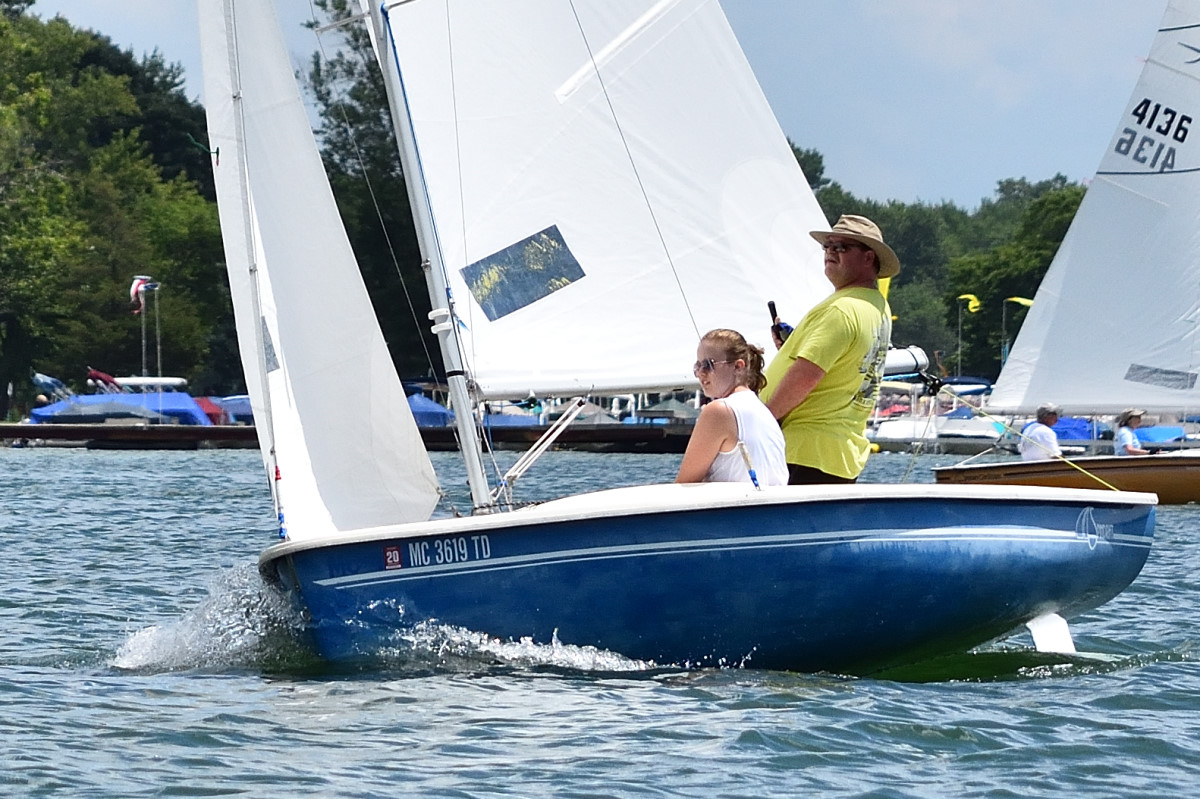 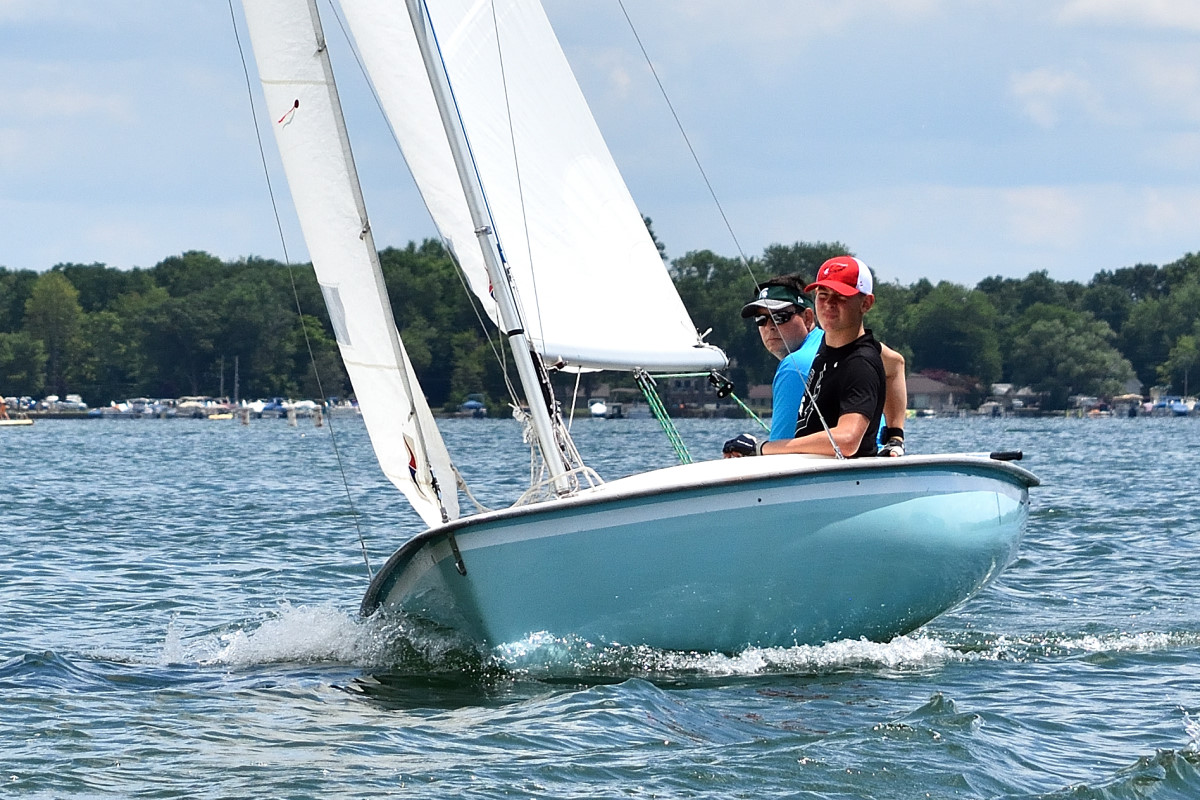 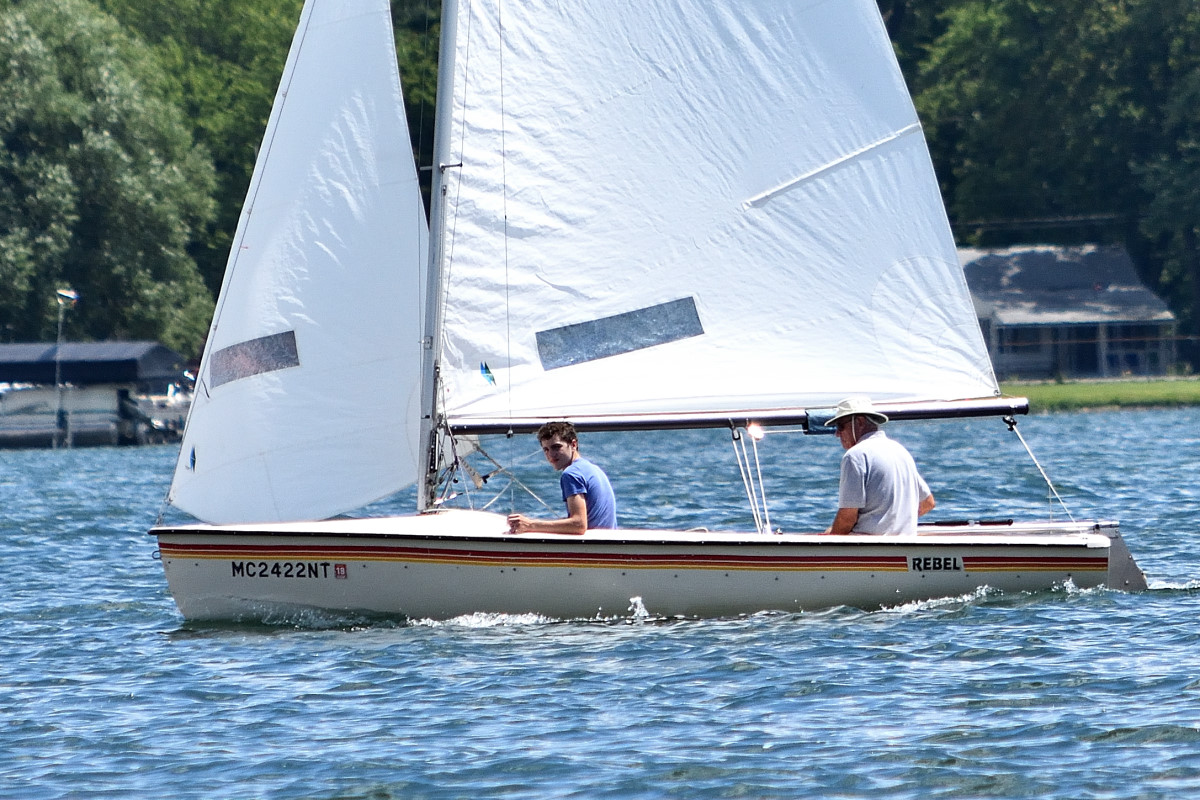 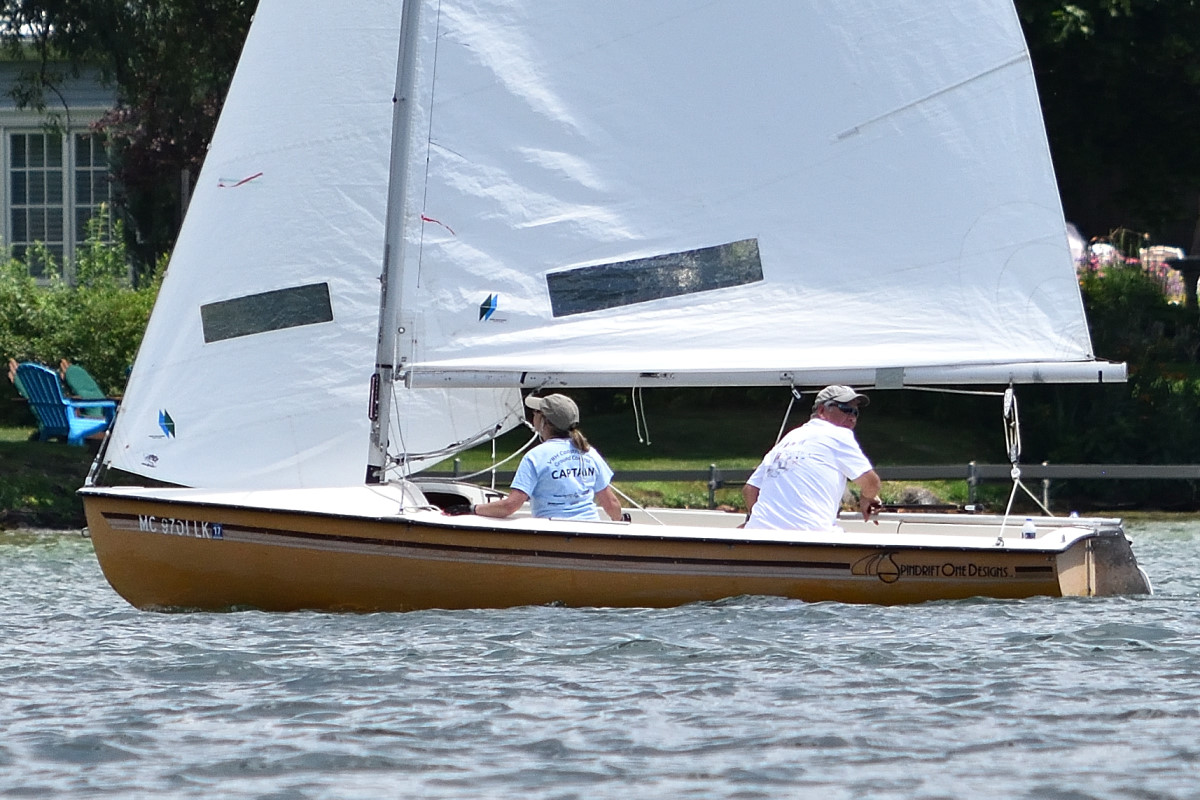 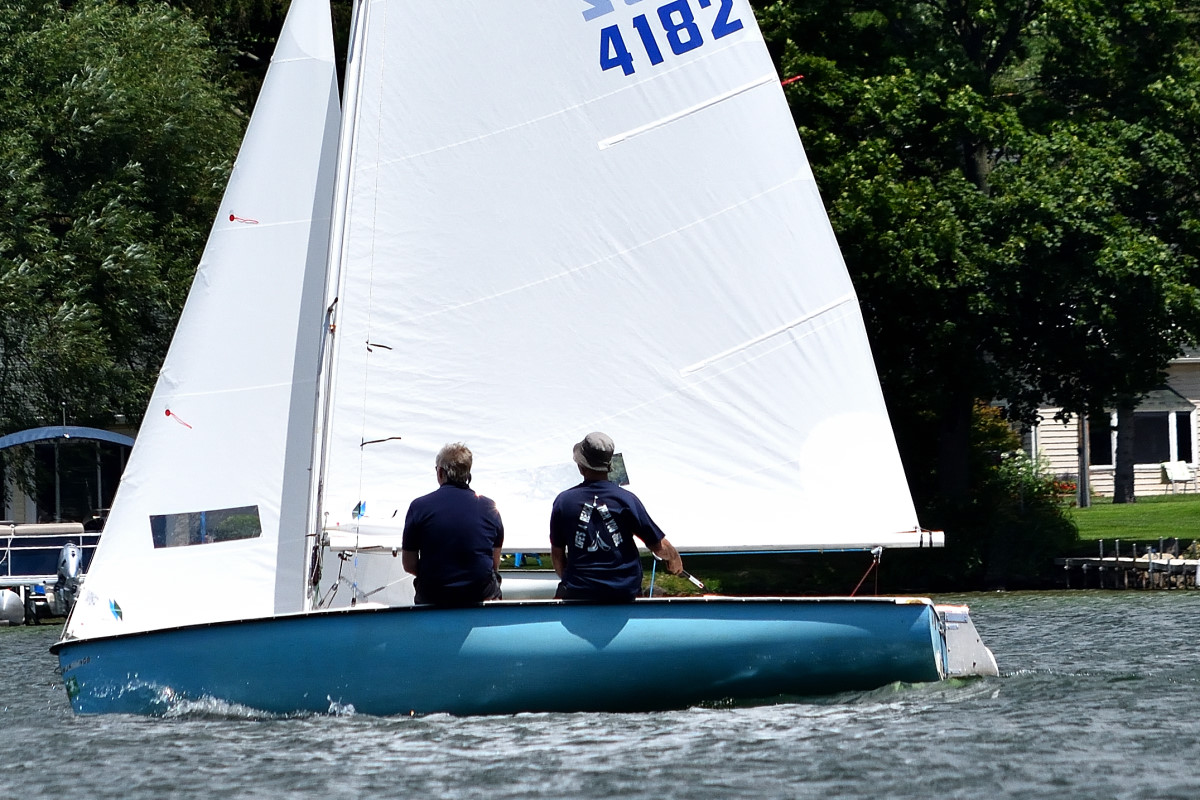 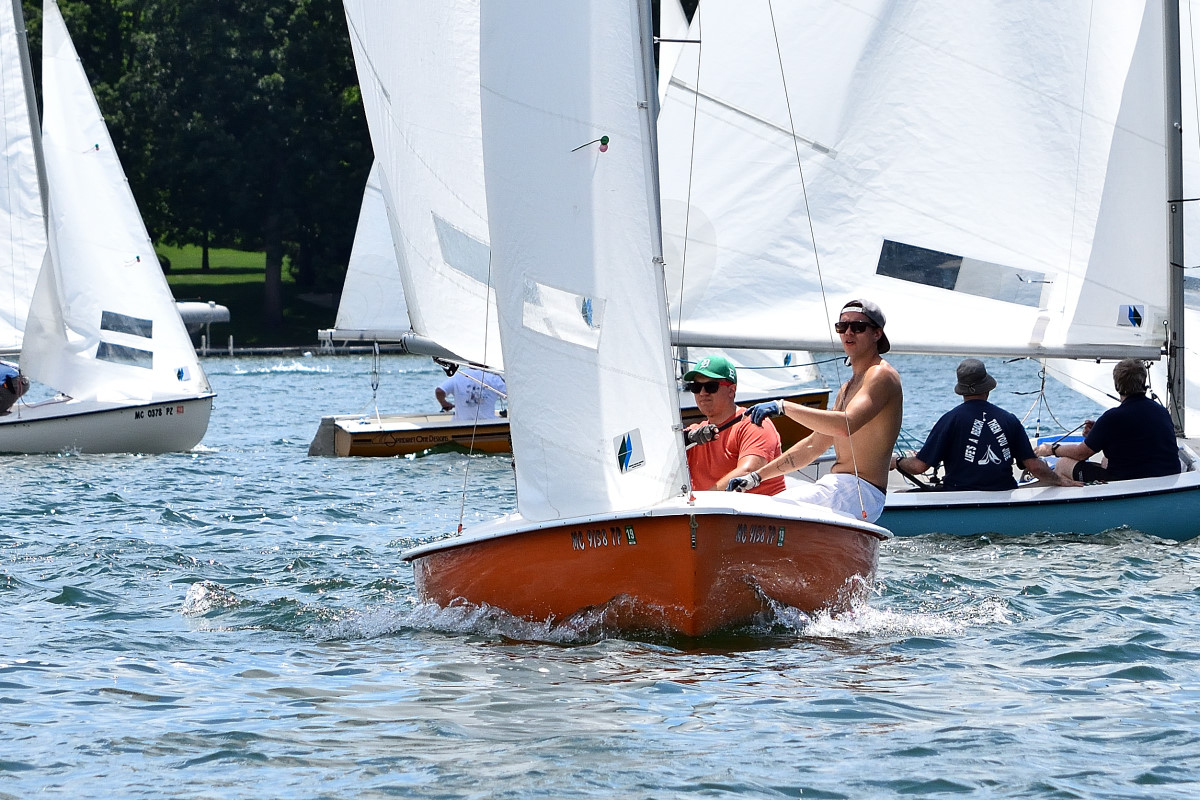 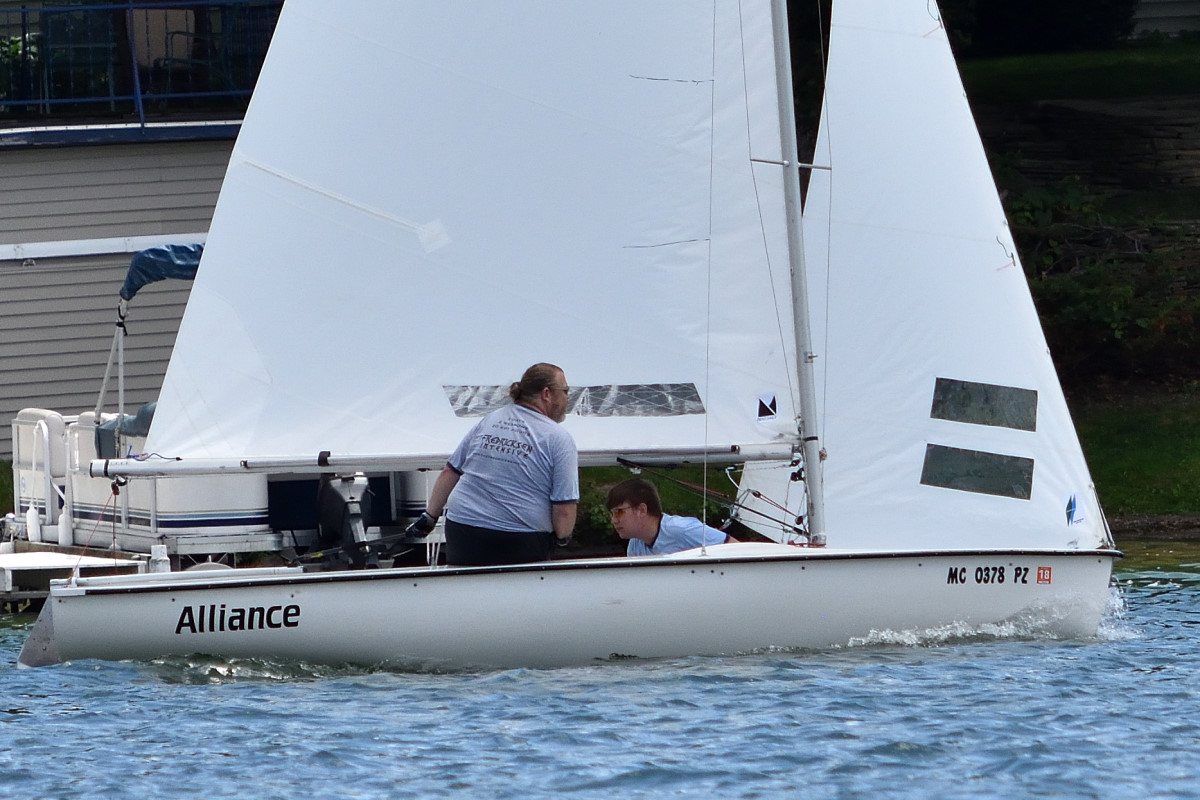 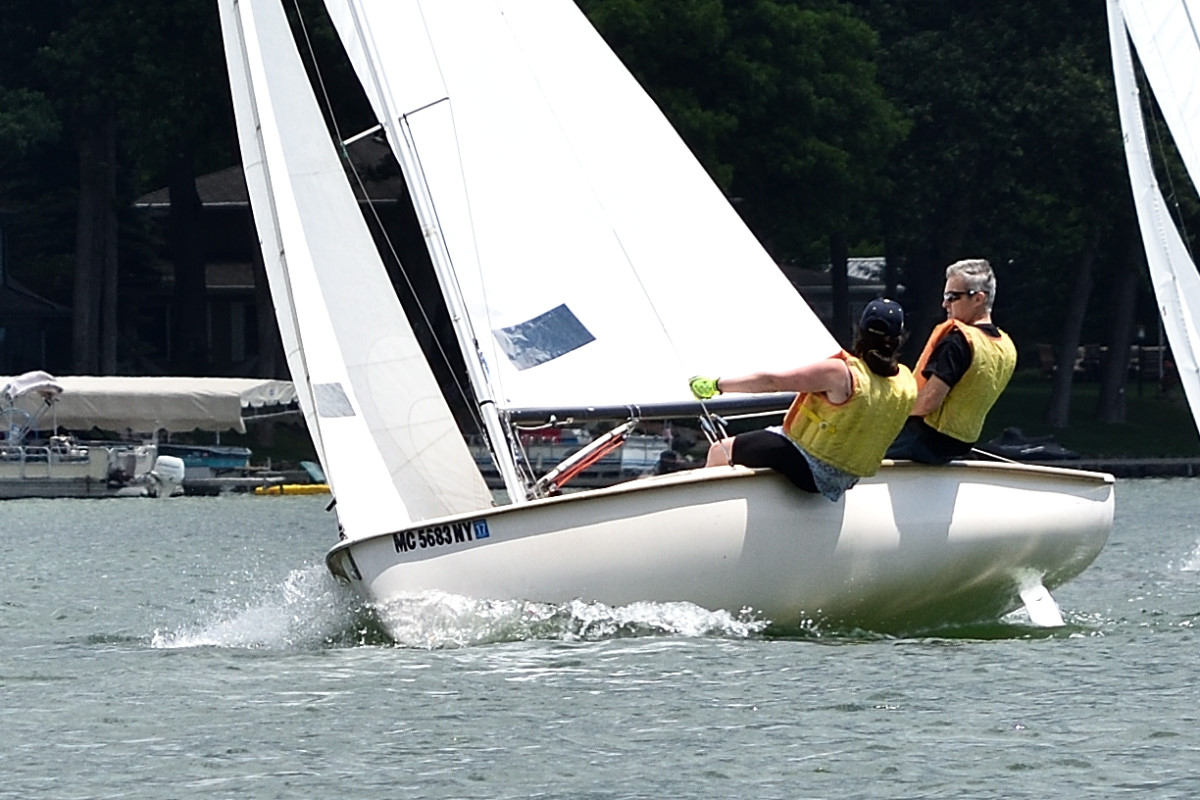 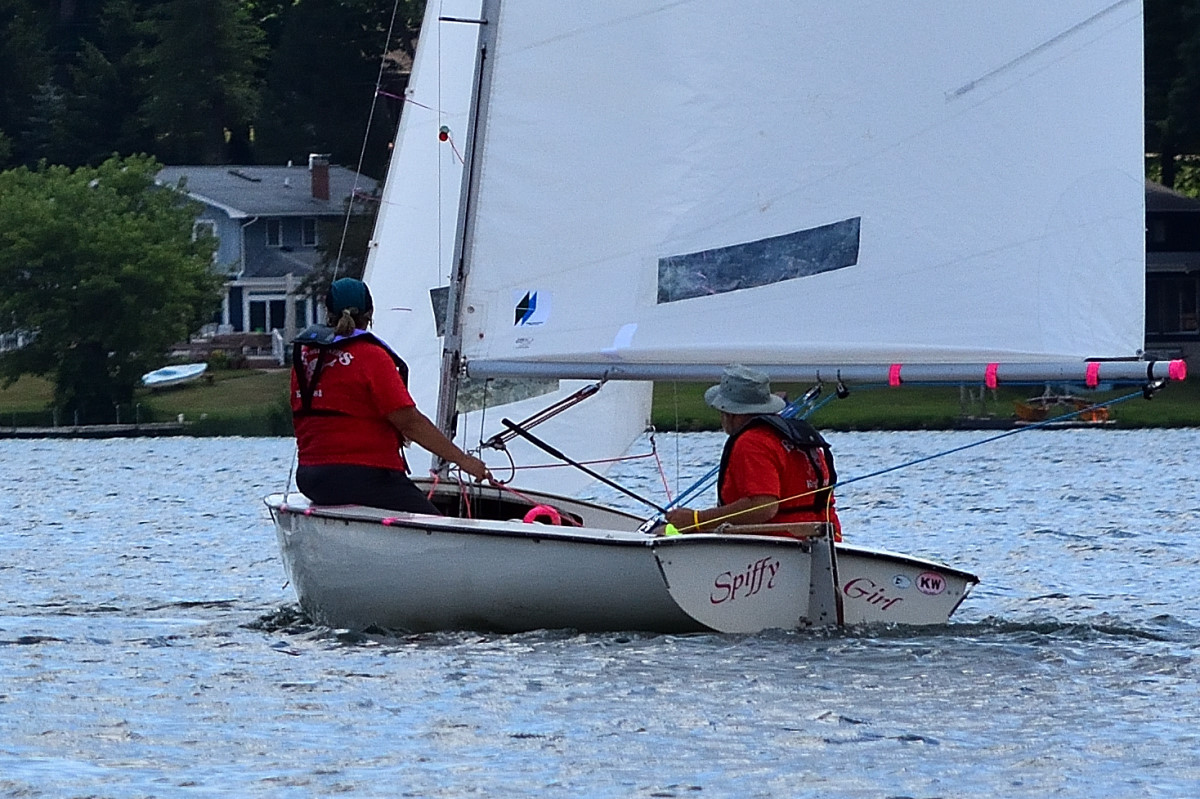 Bruce Nowak and Hugh Harris are standing by the trophy display that illustrates the proud history of Rebel championships.

For this contest and others, Bruce Nowak was race director.  Hugh Harris, and his wife, Helen, were part of the judging team on the Yacht Club raft. 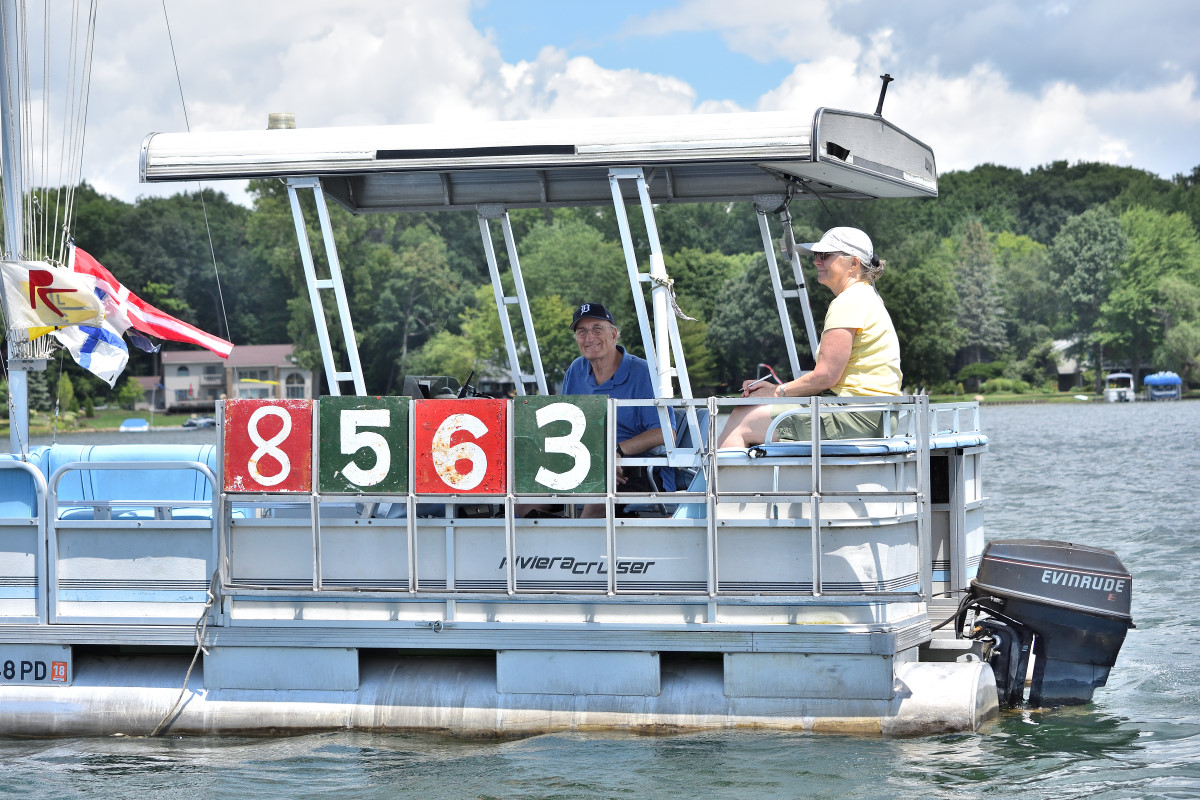 It takes a team to put on a race like this. 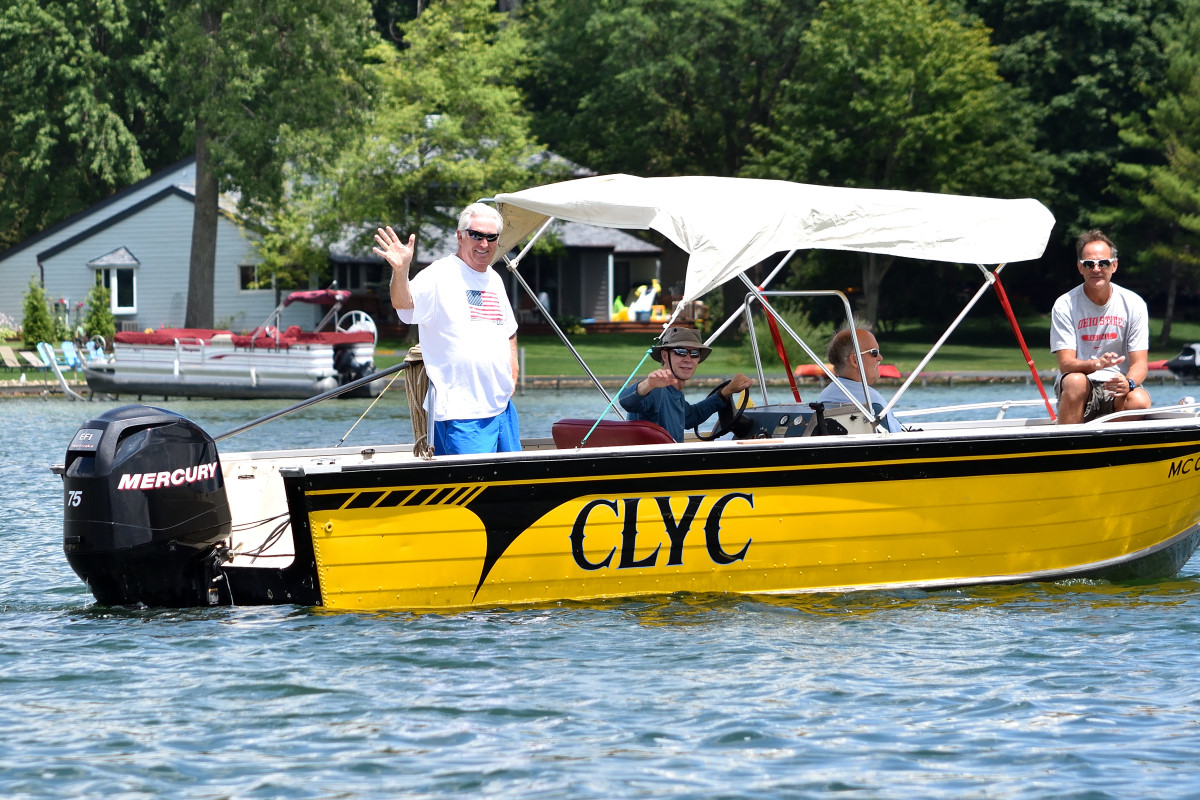