A Nasty Turn of Events

While being towed, this raft flipped over and landed upside down on the Spirit Trail, just west of Q Lane.

According to Columbia Township Police, “he was turning west bound onto Jefferson Road from Hayes and turned wide, causing the trailer to go off the road, and pulled further off the road. There is uneven gravel on the north shoulder which caused the boat to overturn.”  No injuries were reported to police. The officer stayed on the scene and directed traffic as Phelps towing managed the recovery.

At the time these photos were taken, a Phelps tow truck was on the scene. 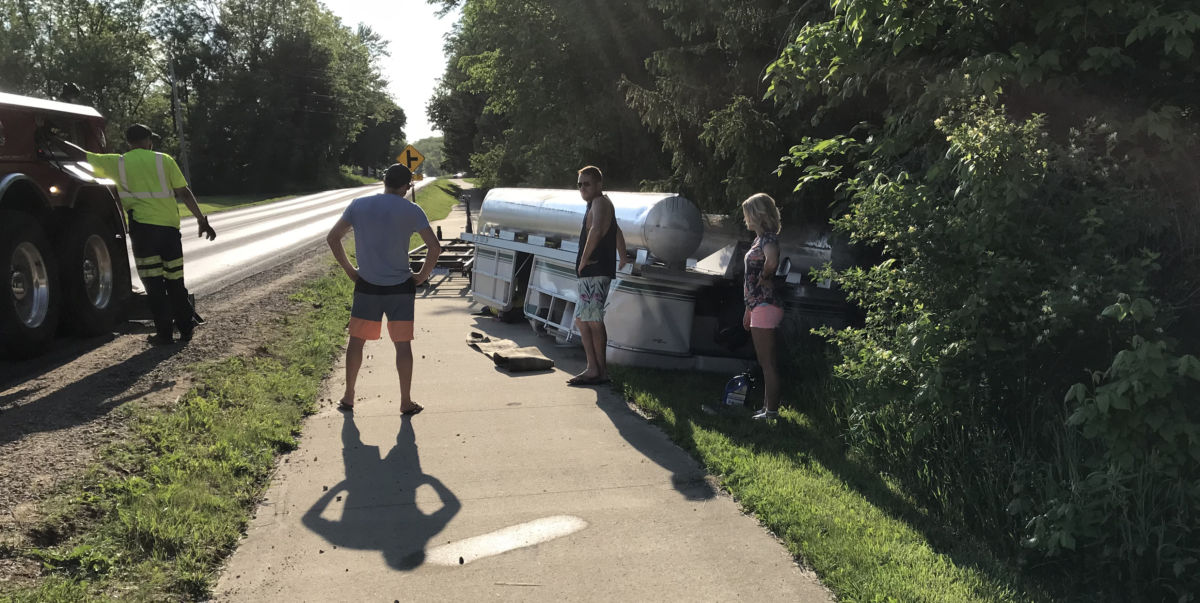