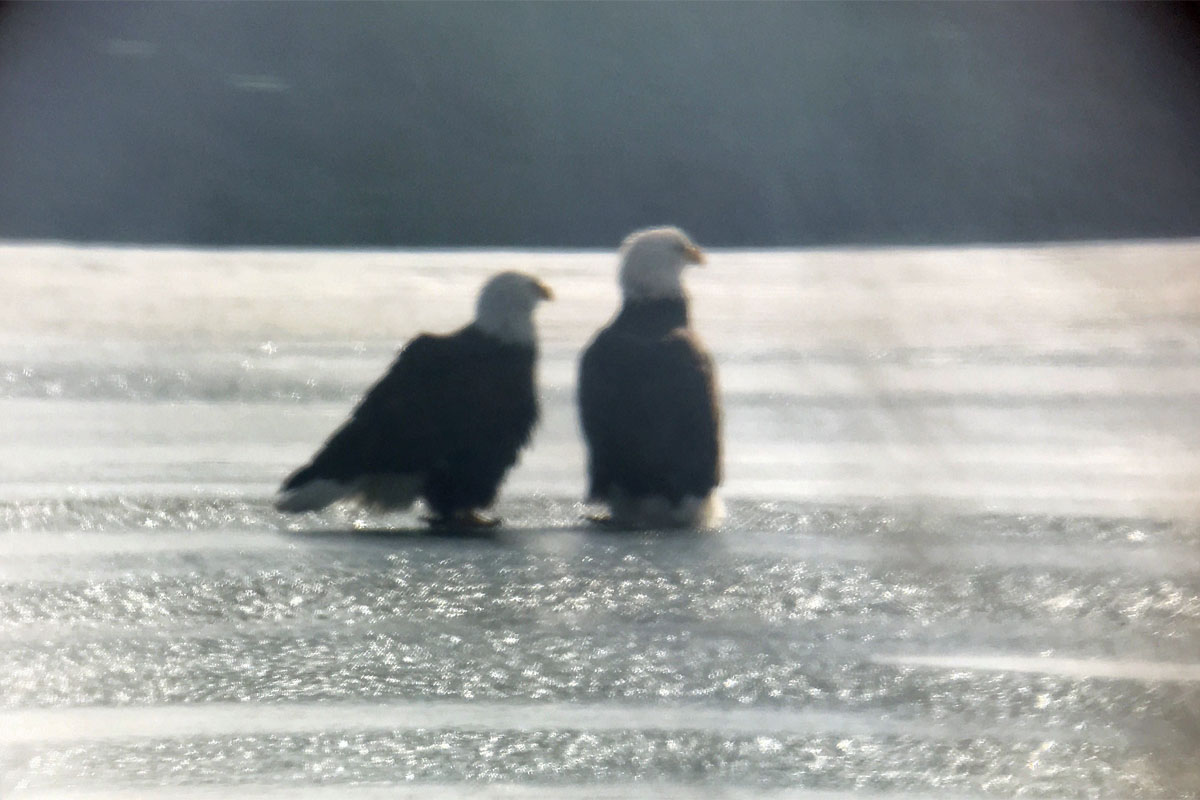 Two eagles parked themselves on the ice close to an open spot just east of Eagle Point this morning around 9 am.  According to Rich Bacon, who lives in the Pleasant View area, a fascinating turn of events played out.  And it’s something you don’t typically see. “Once the eagles had positioned themselves on the ice, ducks and geese that had been close to the shore apparently became curious.  They swam out and almost seemed to be teasing the eagles.” 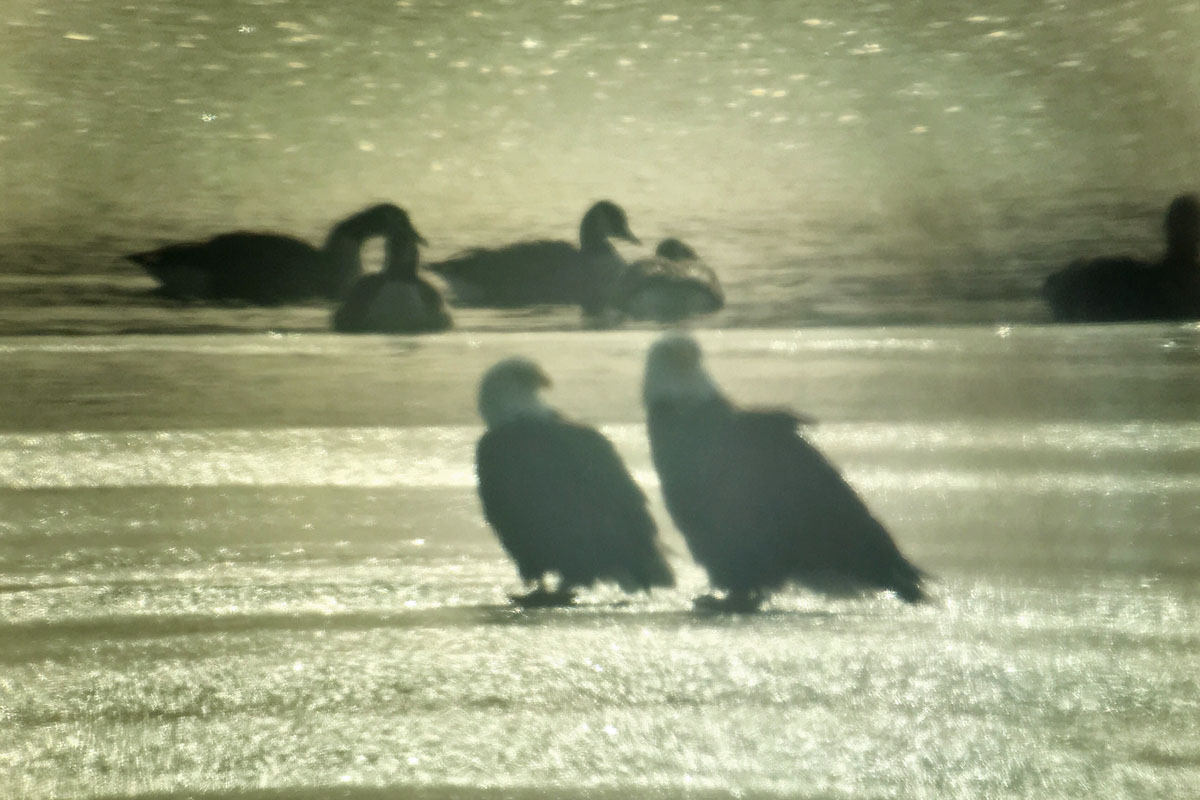 To Rich, that seemed unusual.  “About six years ago, I watched an eagle grab a duck that was in the open spot near my spring. The eagle spent the next couple hours enjoying an extended lunch.”  Why the ducks and geese weren’t wary is not known.  But Rich’s other observation might shed some light on it.  What he saw also explains the title of the article–“Mr. and Mrs. Eagle.”  Says Rich, “you don’t need to be a biologist to understand what these two were up to–it would be clear to anyone watching.”  The question now is when and if Mrs. Eagle will lay eggs and if and where they will hatch. Or if they were just having fun. 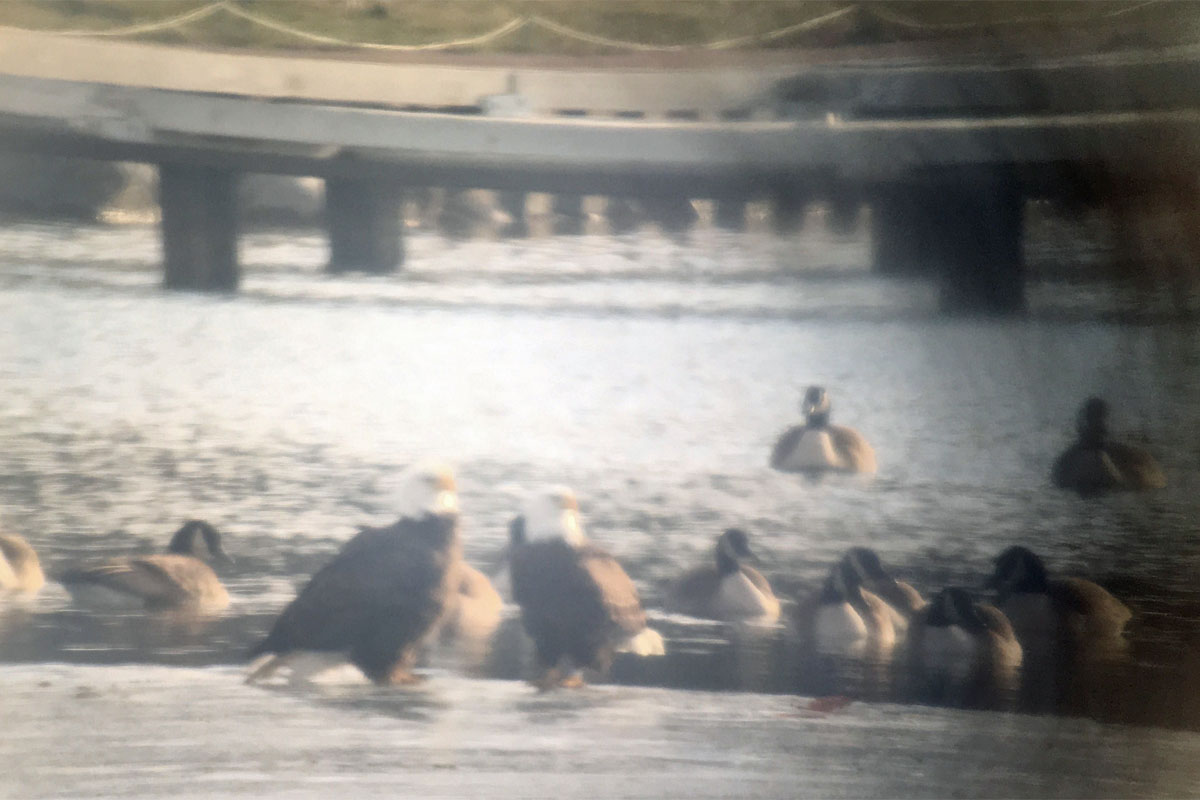 Thanks to Rich Bacon who related this story and photographed it.  In order to get closer to the activity, he pointed his camera through a telescope.

In recent years, eagles have been showing up at Clark Lake.  Today, these two were hanging out at Eagle Point, which seems fitting.  They have also been spotted in other parts of the lake.  To catch up on our eagles, please go to Natural Encounters on this website.  Along with the eagle stories, you’ll also be able check out other natural phenomenon at Clark Lake.

For more information about eagles in the United States, please click here.