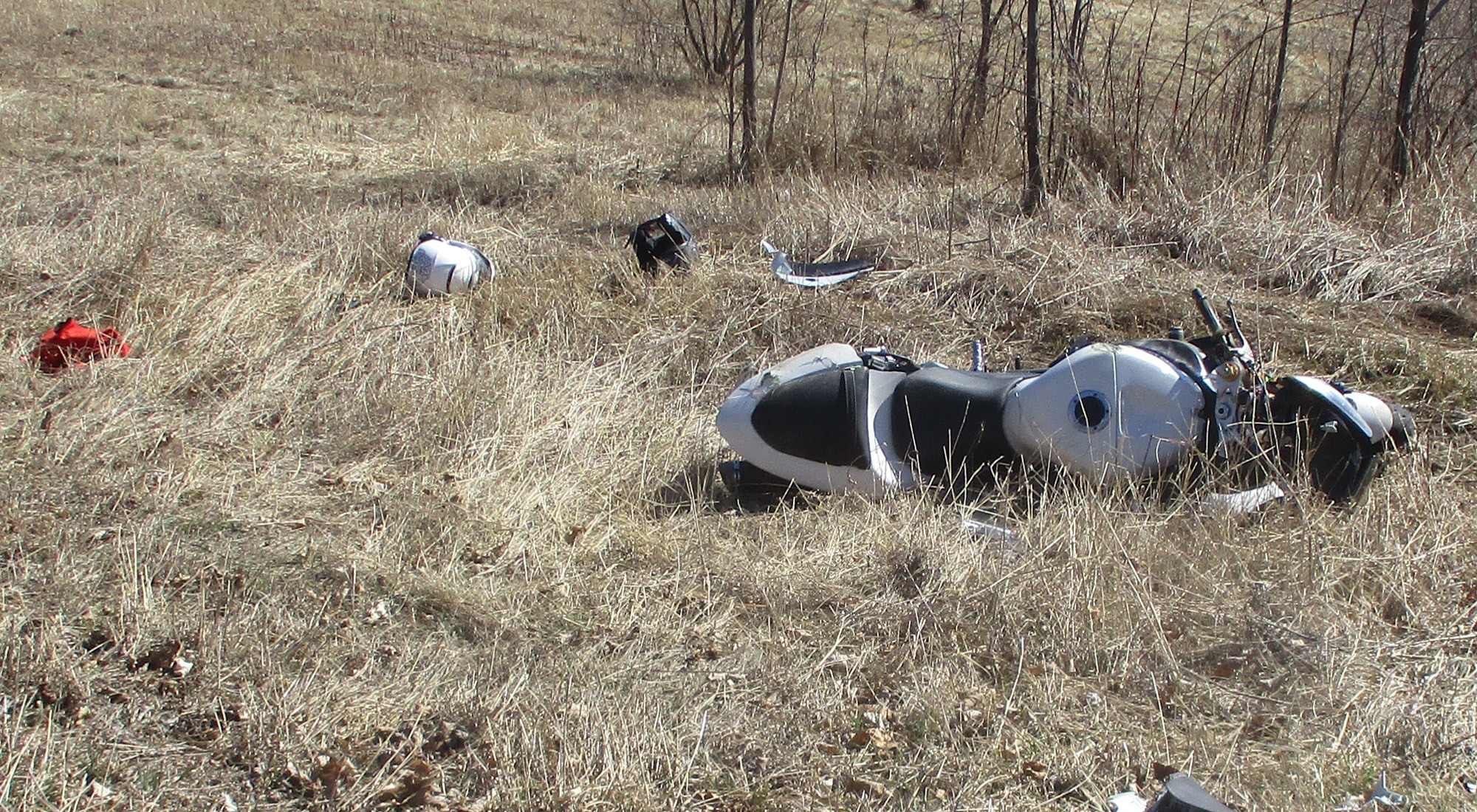 A motorcycle crash at Clark Lake injured a 51 year old Tecumseh man yesterday afternoon, according to Columbia Township Police.   Police say James Roberts was traveling south on North Lake Road at Consumers Drive.  As he negotiated the curve, he hit some gravel, lost control, and the motorcycle went down, sliding a short distance.  He suffered non-life threatening injuries and was treated at the scene by Columbia Township Rescue.  He was then transported from the scene to Henry Ford Allegiance Hospital for further treatment.