Under the Moon Paddle – a Clark Lake Exclusive!

Creativity is often about taking things that already exist and combining them in interesting, new ways.  And tonight (Tuesday, 7/20/16) Sally Lyons’ Sweetwater Yoga did that on Clark Lake.  As the sun set in the west, and a full moon rose in the east, Sally led the “Under the Moon Paddle”.  There were 20 in her her group as they made their way around the east end of the lake.

The view from the air is courtesy of Andrew Lajdziak.  You can see the two other photographers in his drone pic.  John Deming piloted his raft (left) while his wife, Diane, took photos of the group.  Rick Belcher also photographed the group and you can see his boat to the right.

The paddle boards launched from Ocean Beach.  Sally says “we started with a little Yoga and then began paddling.”  As the group neared the Beach and Boat Club, Sally “read a few full moon blessings.”  The moon had already poked its head through the trees along Ocean Beach Road, then rose higher in the sky illuminating the way. Photos below are from Rick Belcher. 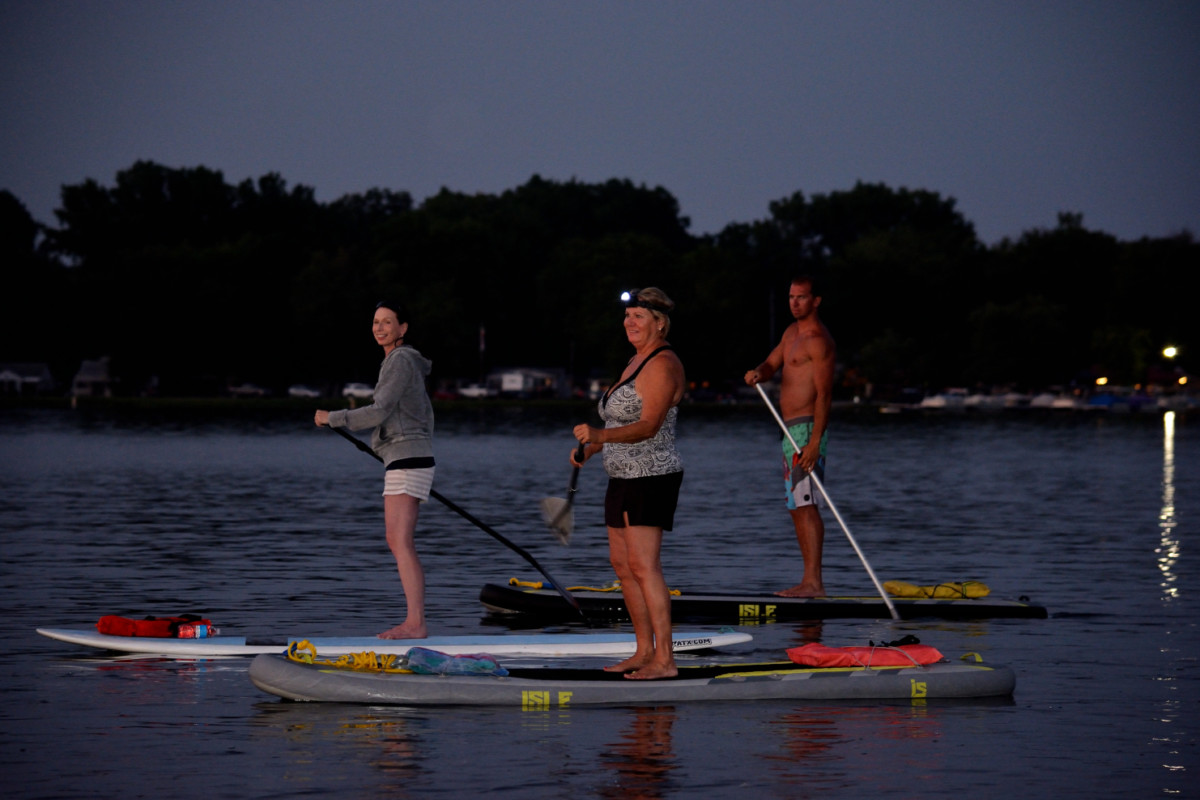 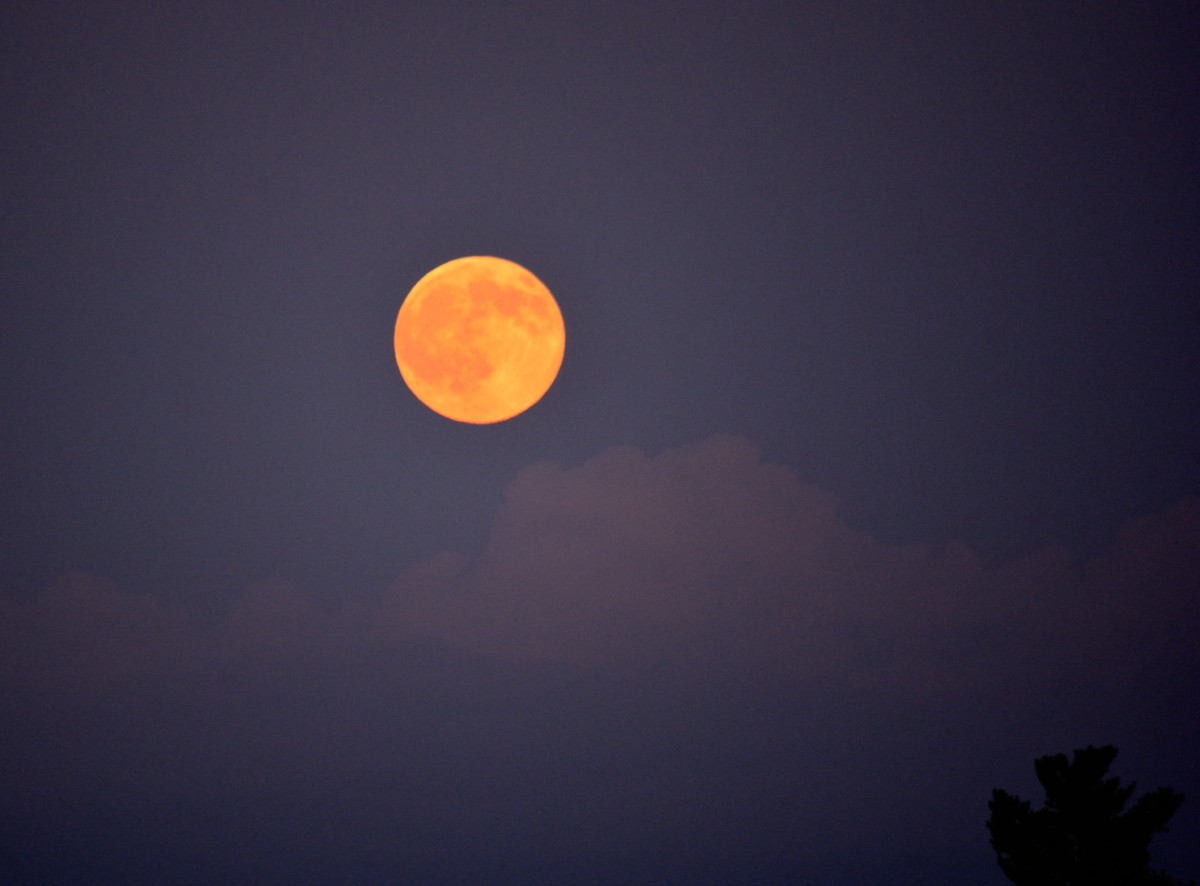