Winter is not here officially, but it sure seemed like it yesterday (Monday).  As predicted, the snow started in the dark, and continued all day until it was dark again in early evening. During most of the day, you could not see the head-of-the-lake from the Eagle Point shoreline.  That much snow was in the air. In all, almost 8 inches blanket Clark Lake. 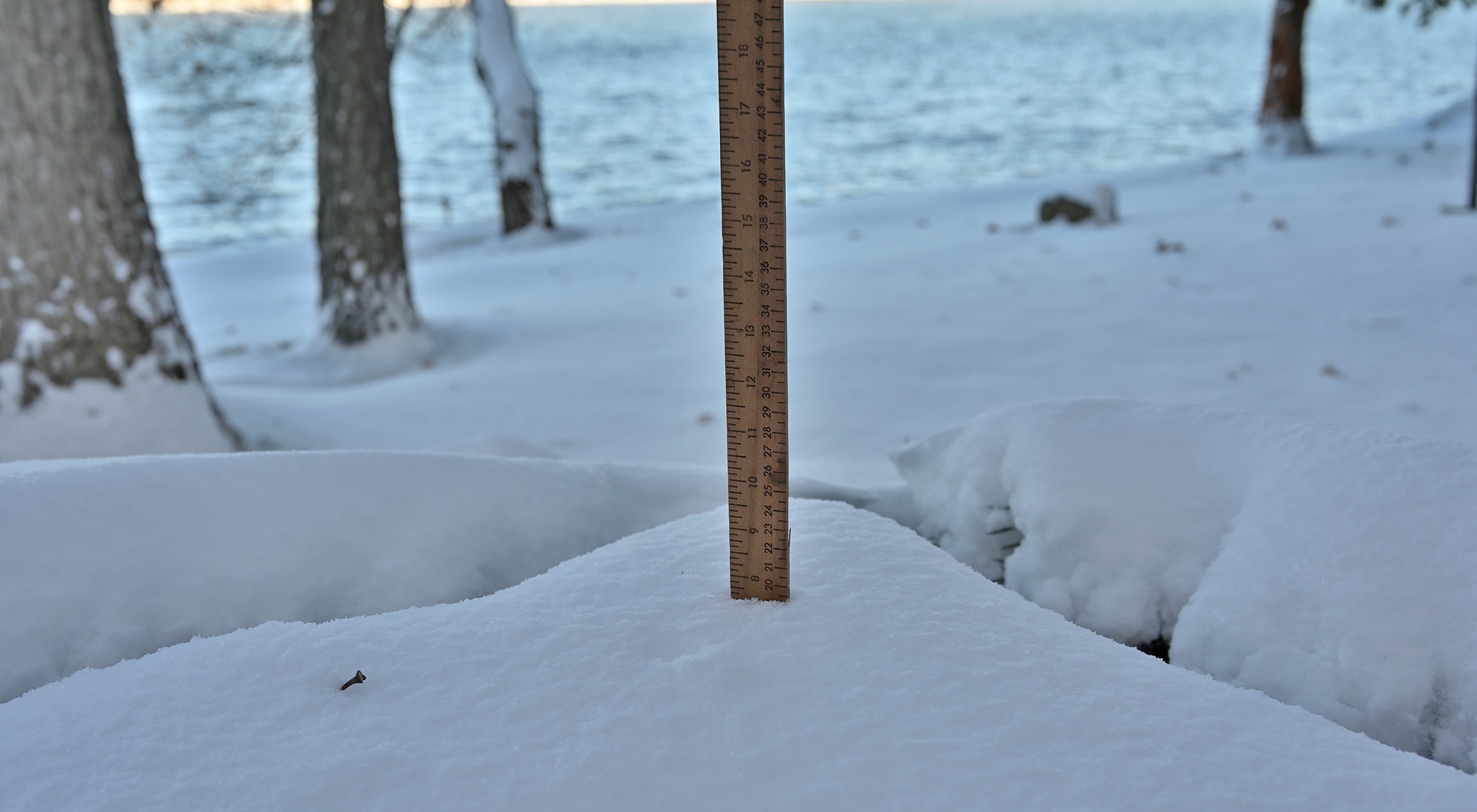 Refusing to give in, many dug out as the weather tried to shut them in.  And this morning (Tuesday), the lake looks completely different.  Bright sun shines over it.  Temperatures have dropped from around 30 degrees yesterday to around 19 degrees at the time of this writing (9:30 am).

As the snow fell fast and furiously, so the leaves continued their descent, as the trees tried to play catch up.  So, when this snow melts, you will find a wet carpet of them. 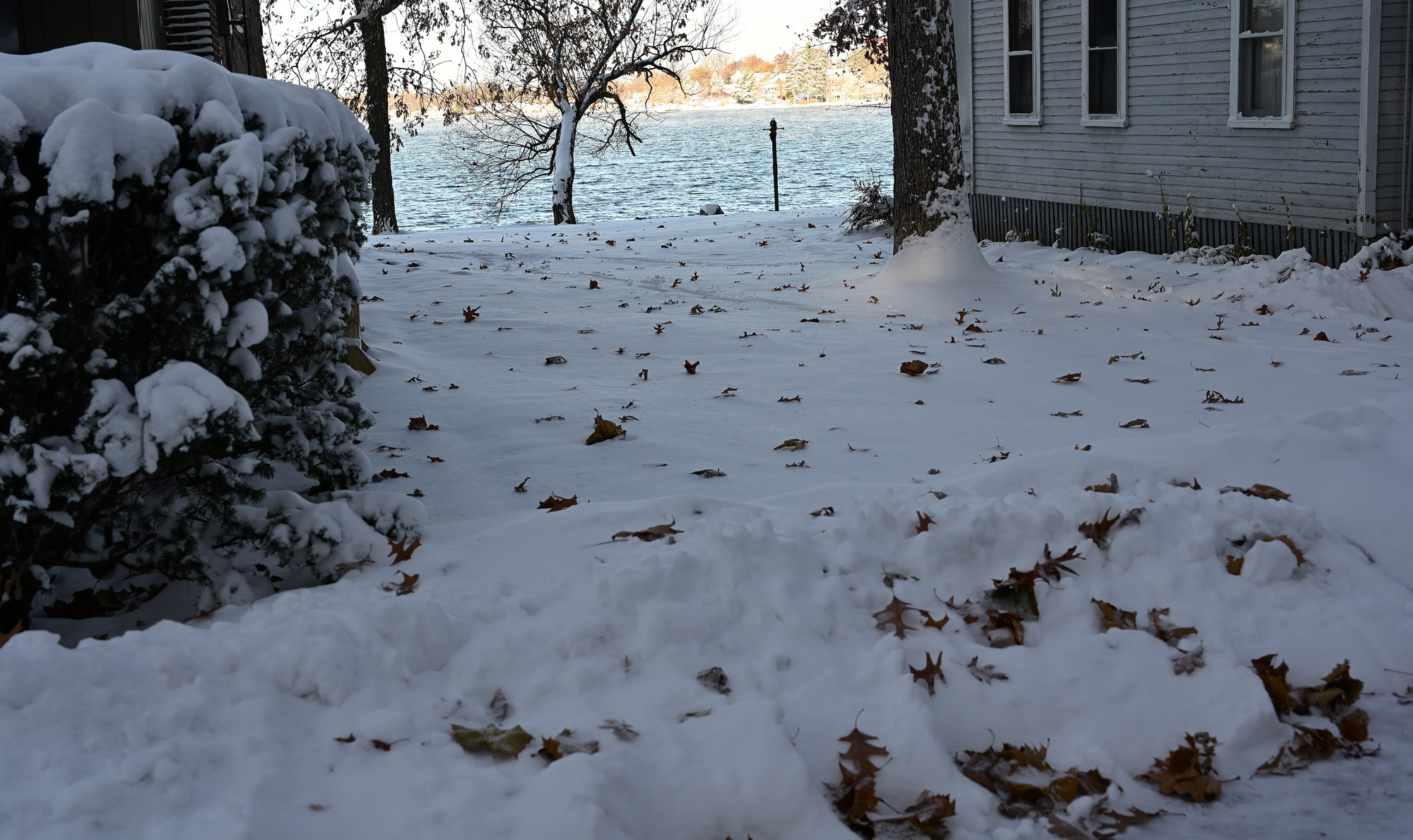 Restoring roads is a work in progress.  Eagle Point Road was not cleared as of 9:30 am, but traffic on it has worn a path.  Here’s a look at Ocean Beach Road from the DamCam.

Check out some scenes from yesterday and a before and after photo of the lake. 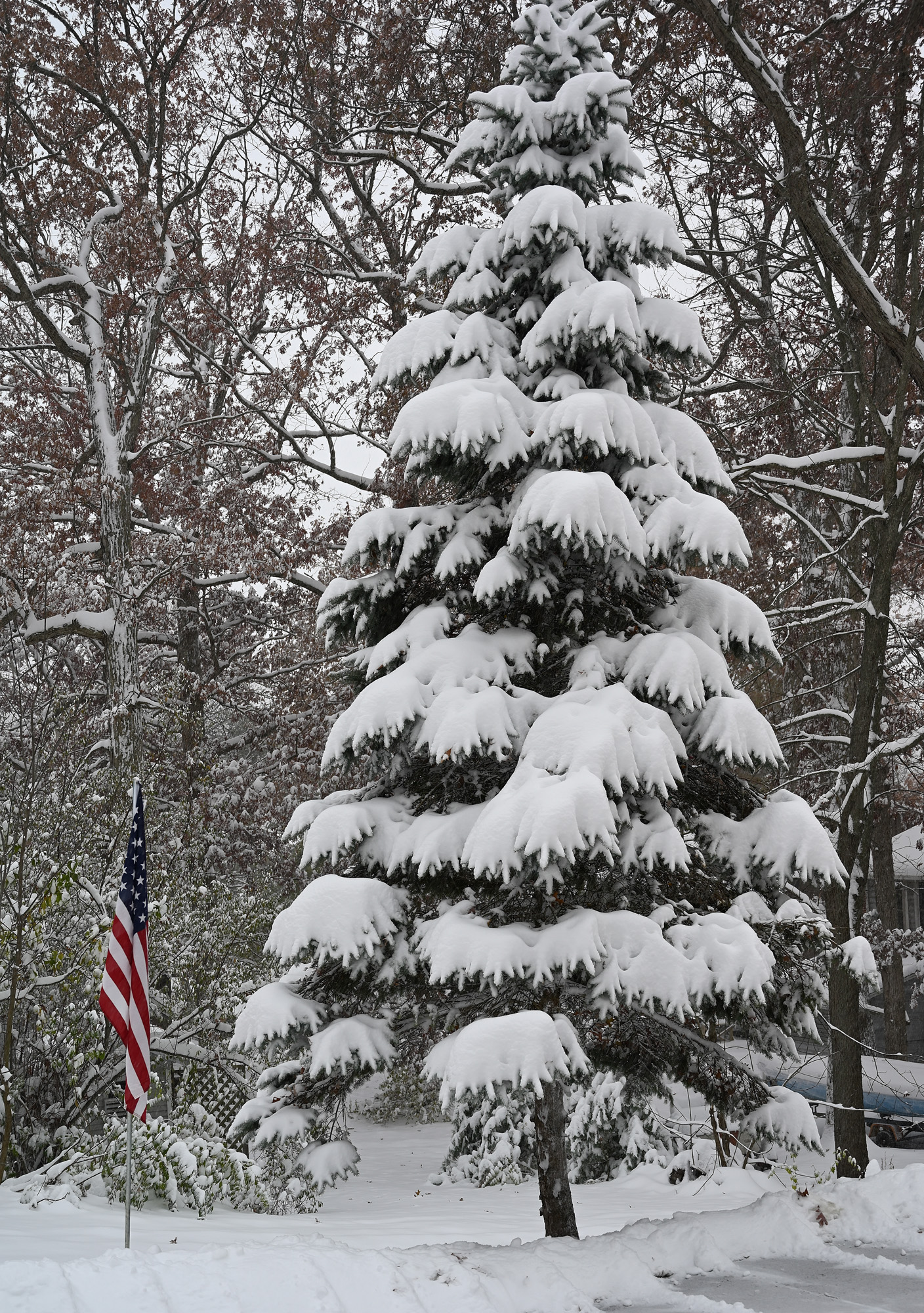