Season 27 of the Clark Lake Men’s Shuffleboard comes to end.  And the new league champions are from the Green Division, Tim Claucherty and Mike Bullinger.  Watch the video for the winning moment.

Play on Super Saturday also determines whether the second through fifth place teams are from the Green or Red Division.  For this playoff, the Green Division had three winning teams, and the Red, two. 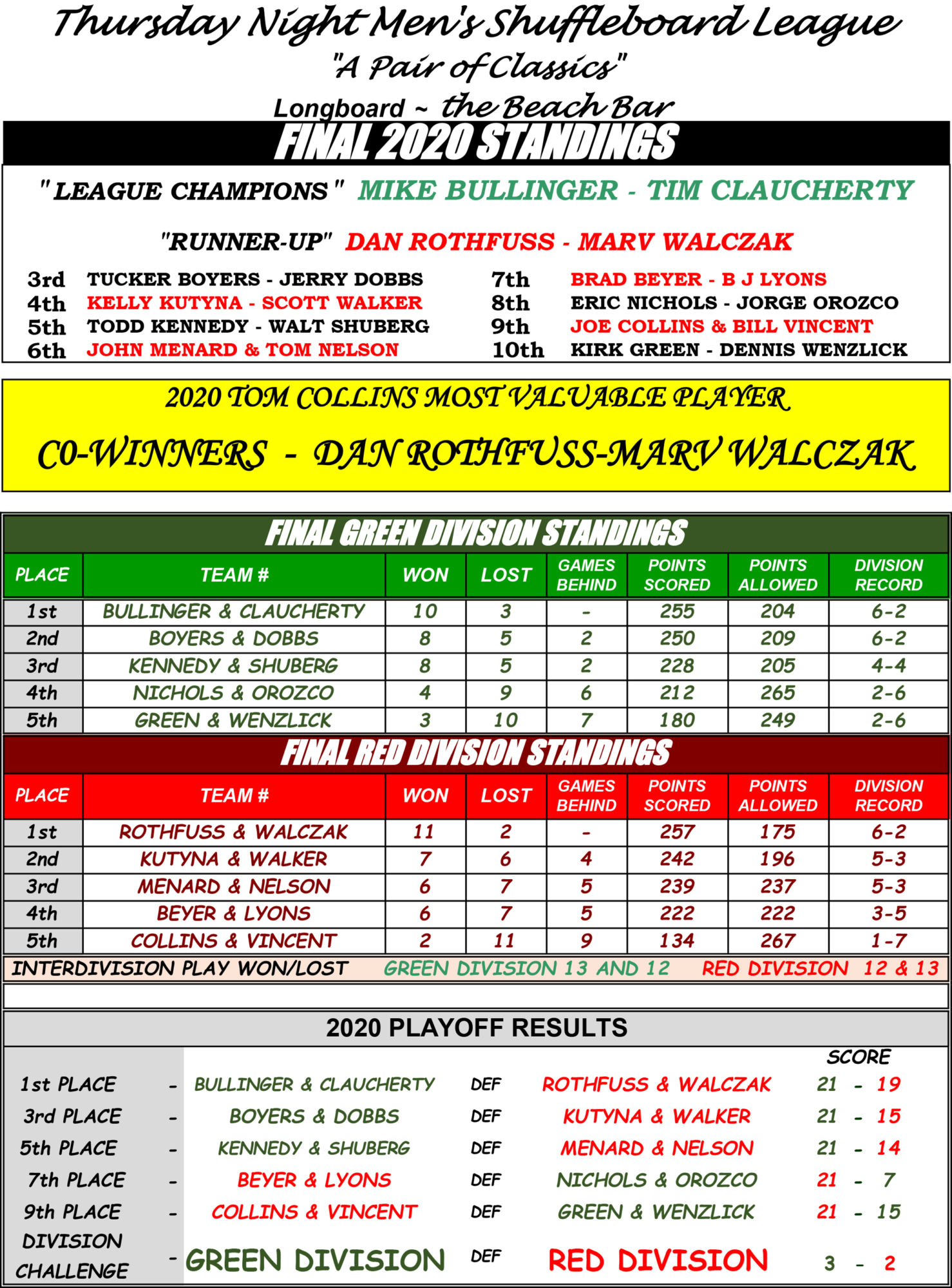 For more stats, please scroll down.

Every year, all league members vote to choose an MVP.  The scoring is set up to avoid ties, and a tie has never occurred before.  This year was different.  Marv Walczak and Dan Rothfuss are co-MVPs. 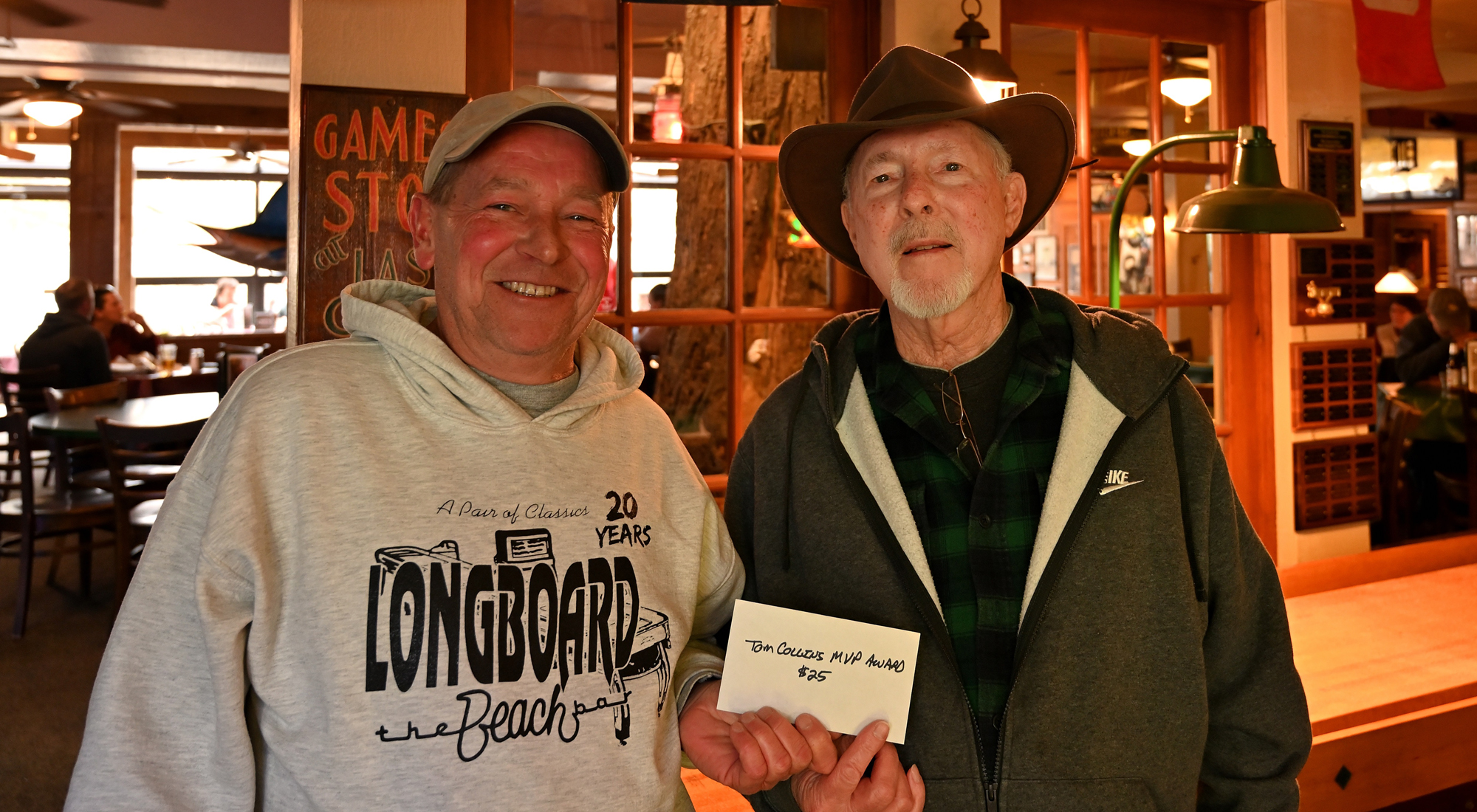 The League was the inspiration of Tom Collins.  The Rock-a-Rolla shuffleboard has decades of history.  It was built sometime in the 1950s.  There are two founding members who are still part of the League, Tucker Boyers and Dan Rothfuss. 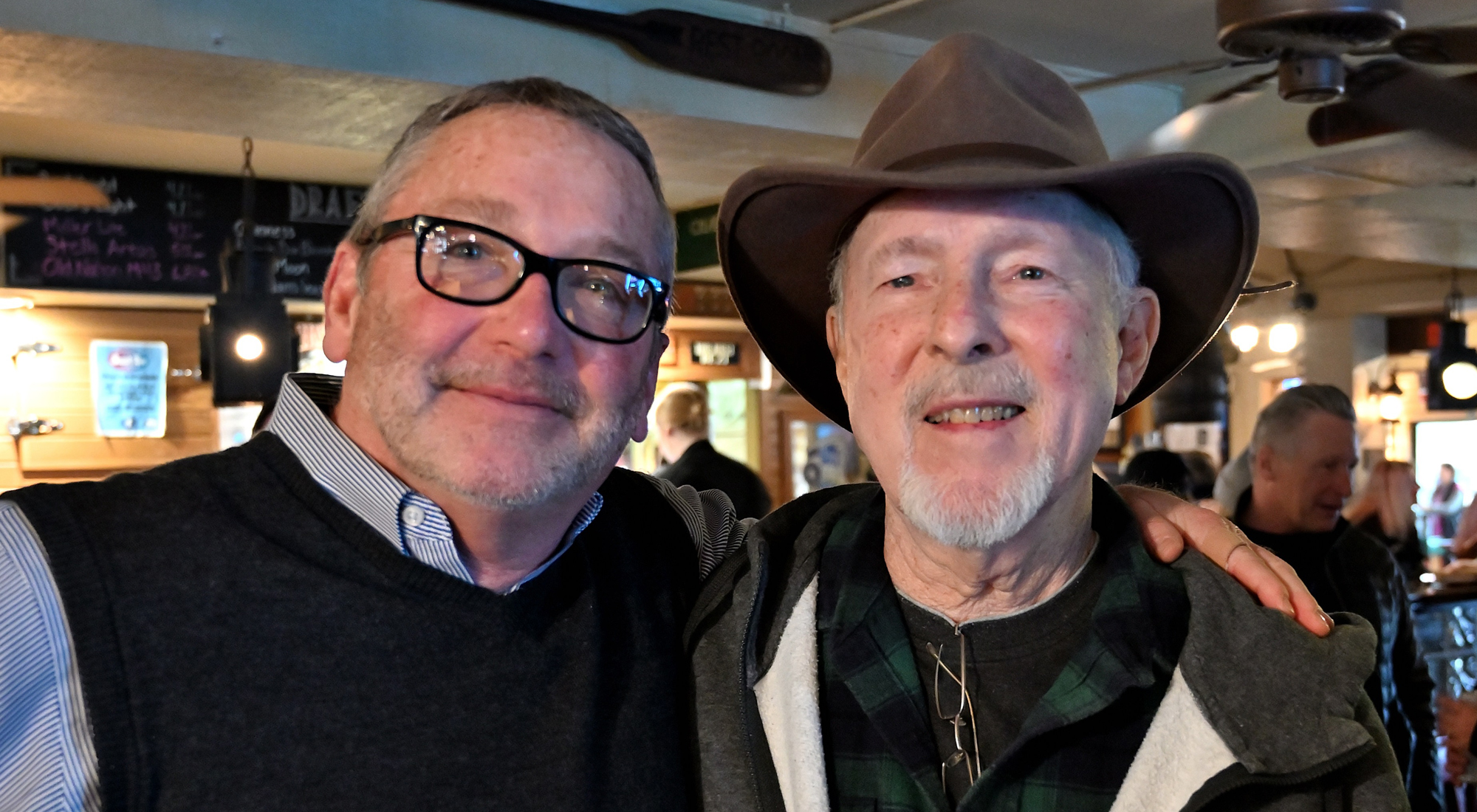 Mike Bullinger and Tom Claucherty’s names will be added to this plaque which hangs over the long board. 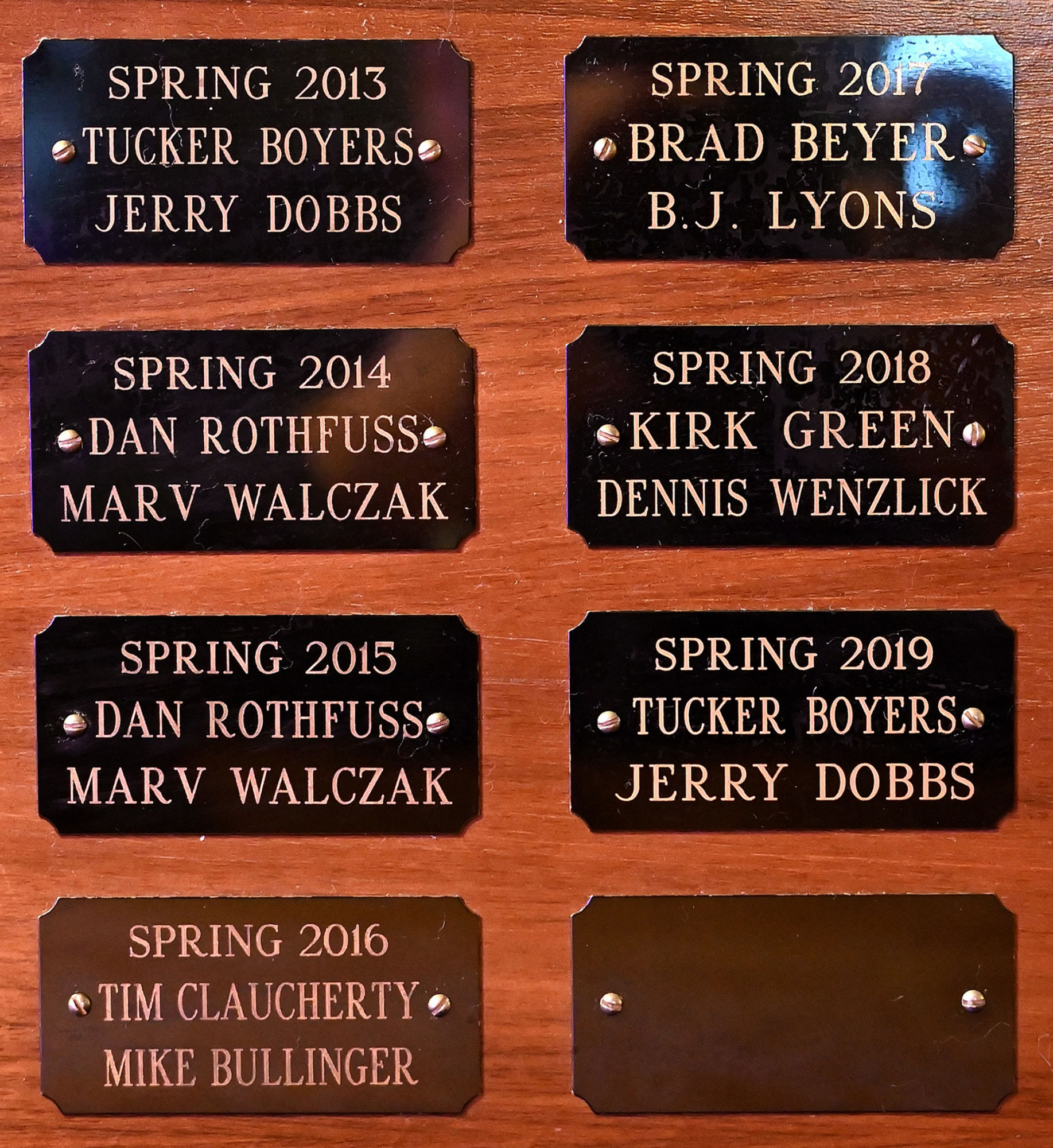 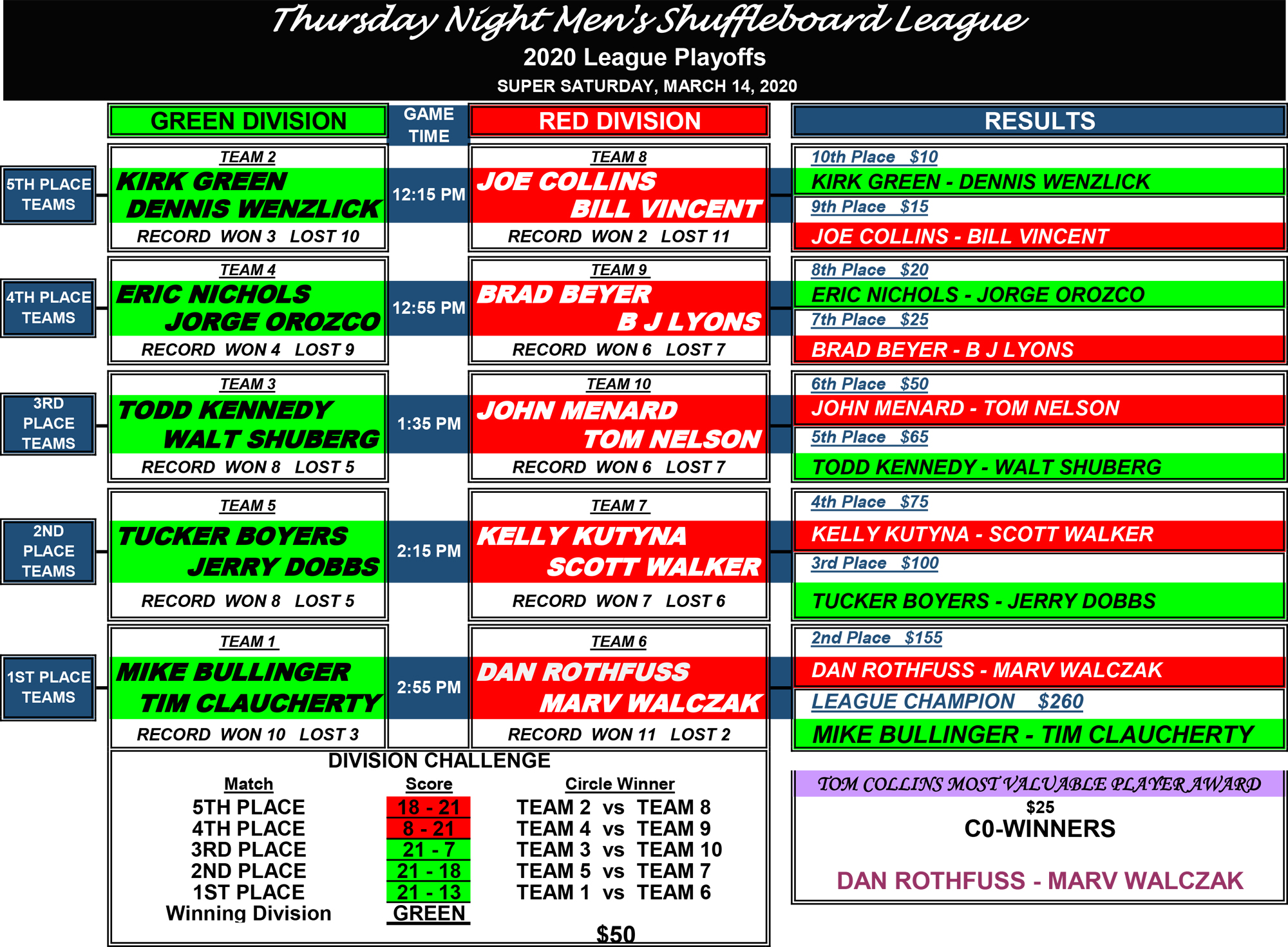 Here’s what Clark Lake looked like at sunrise Saturday from two perspectives–first, the DamCam, and second, the new SpiritCam.  The DamCam is looking west, the SpiritCam, east.