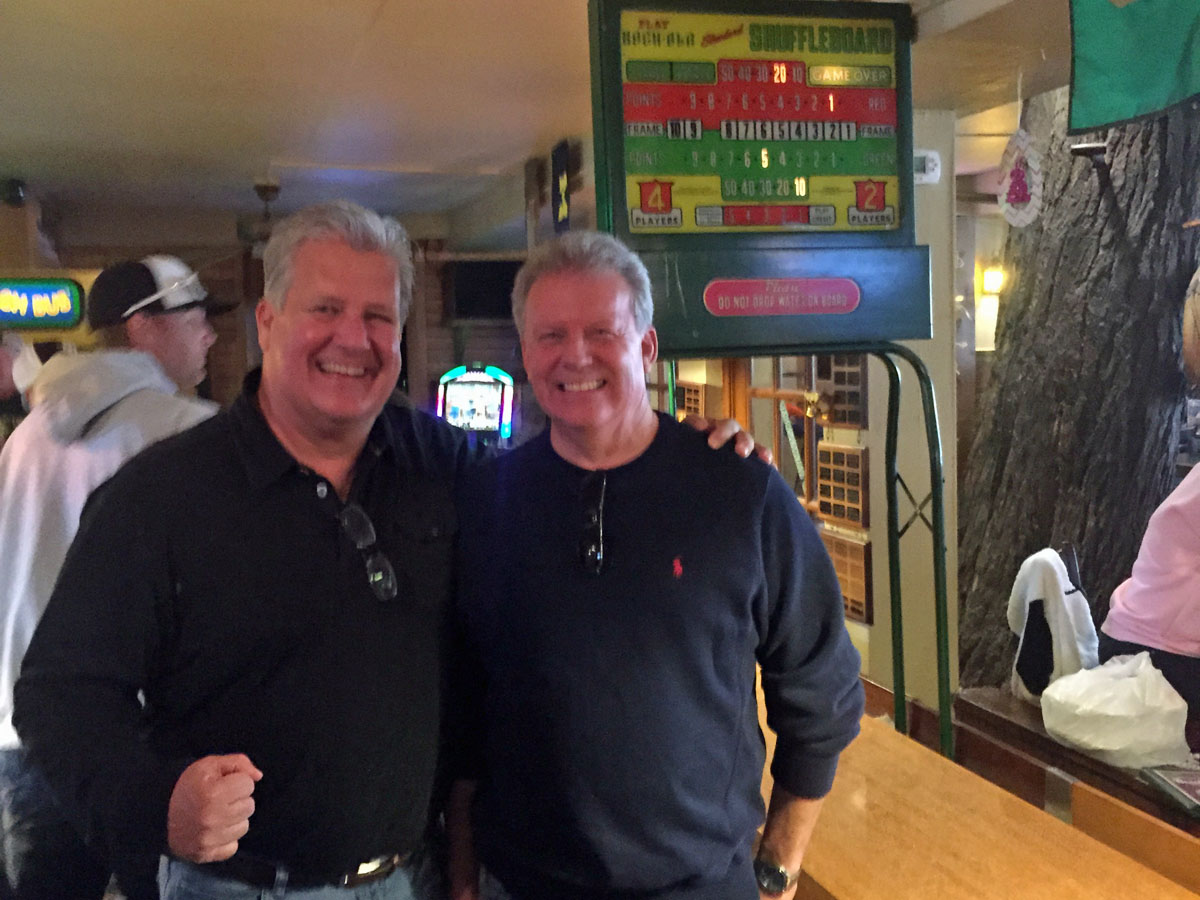 The results are now history and ready to be engraved on a plaque for the Thursday night Men’s Shuffleboard League.  As you will see in the standings below, there are two divisions–Blue and Red. The Beach Bar is the venue for this competition which is now in its third decade.

The 2016 champions are Tim Claugherty and Mike Bullinger.   The 2016 league MVP is Kurt Green. 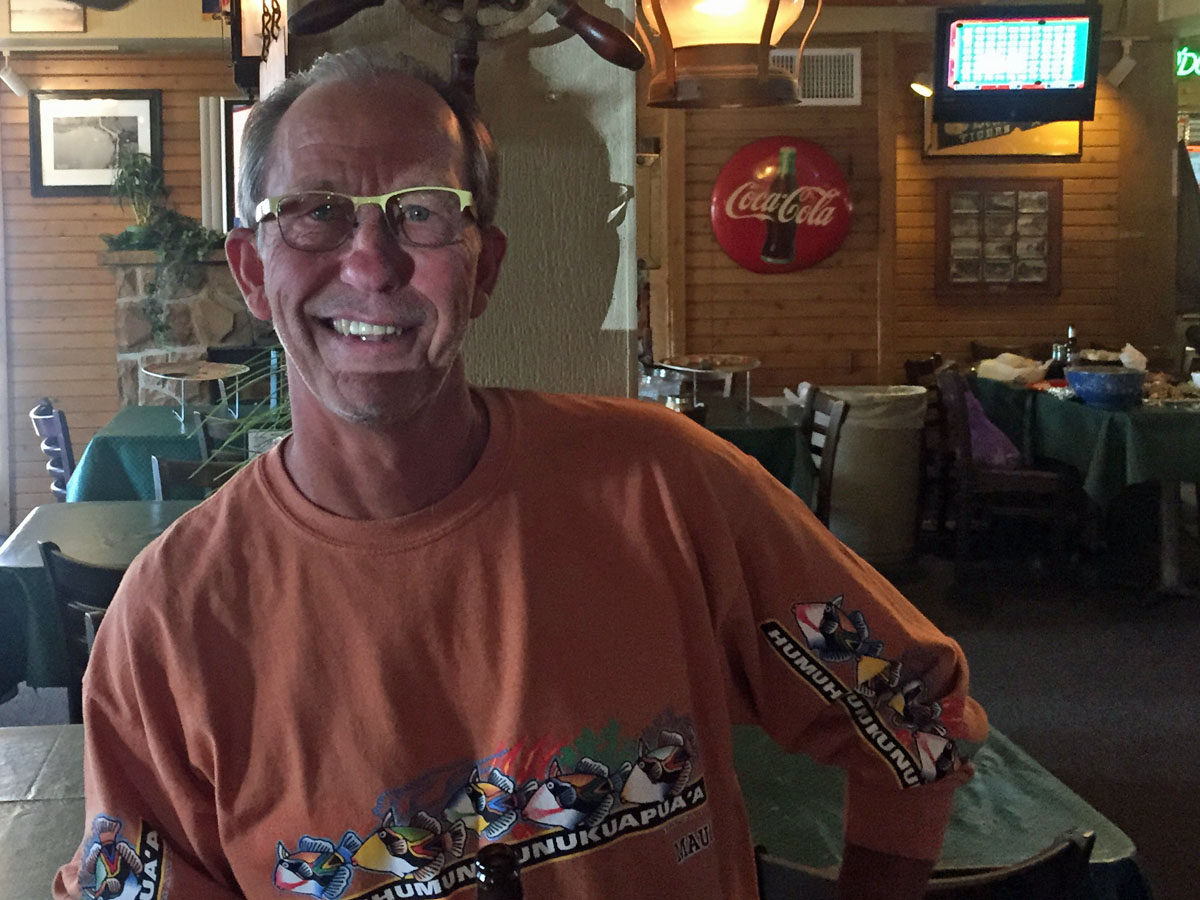 Here are the final standings for 2016. 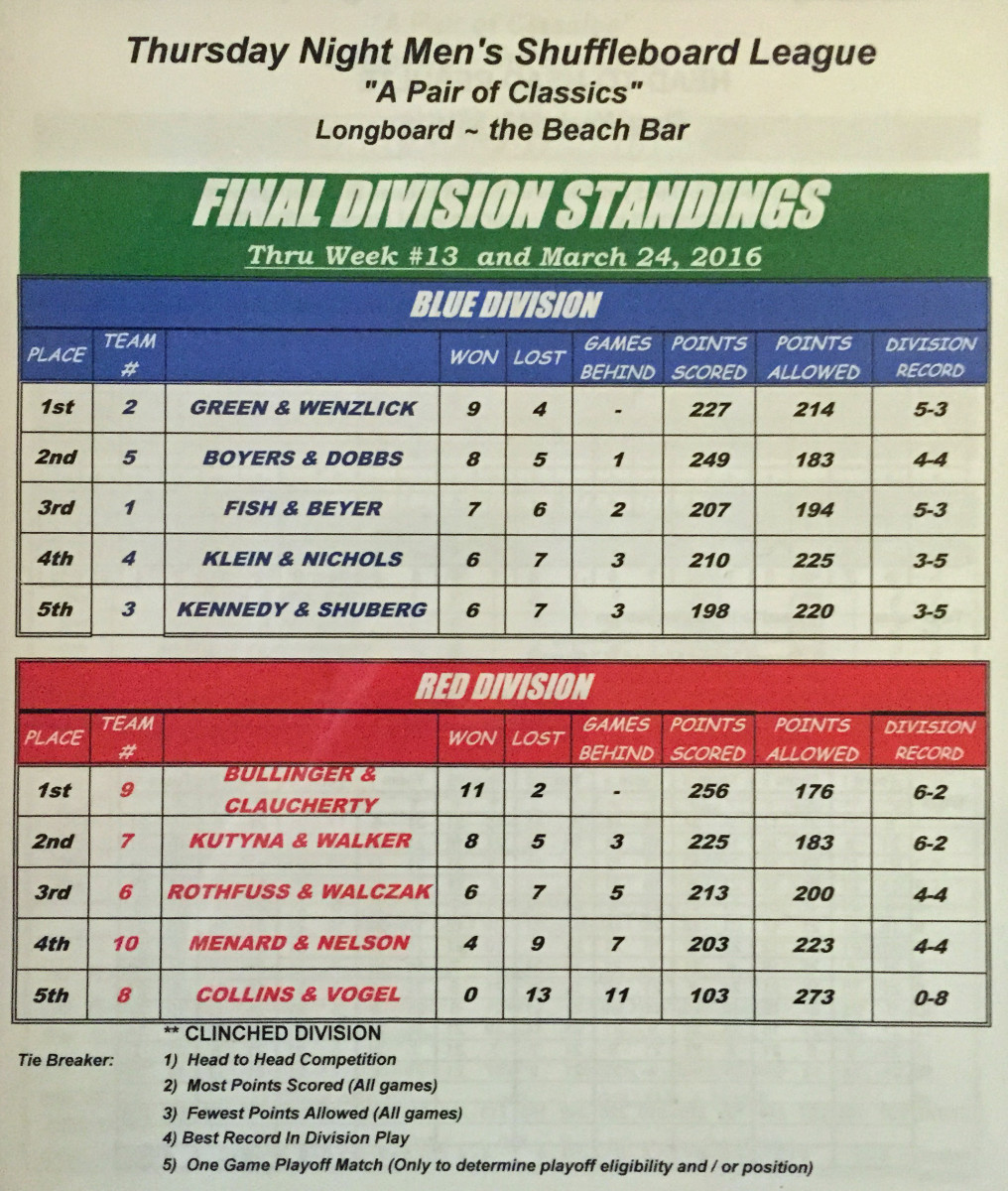 Thanks to Tucker Boyers for the photos.  Tucker has been part of the competition since the leagues inception 23 years ago.