Just when it looked like the last vestige of ice had departed, nature remembered that this is still February.  A thin layer of ice reasserted itself on some areas of the lake overnight.  But that did not deter Fritz Wilger from finding open lanes as he navigated his kayak on the lake this morning–as seen in this photo by Bill Leutz. 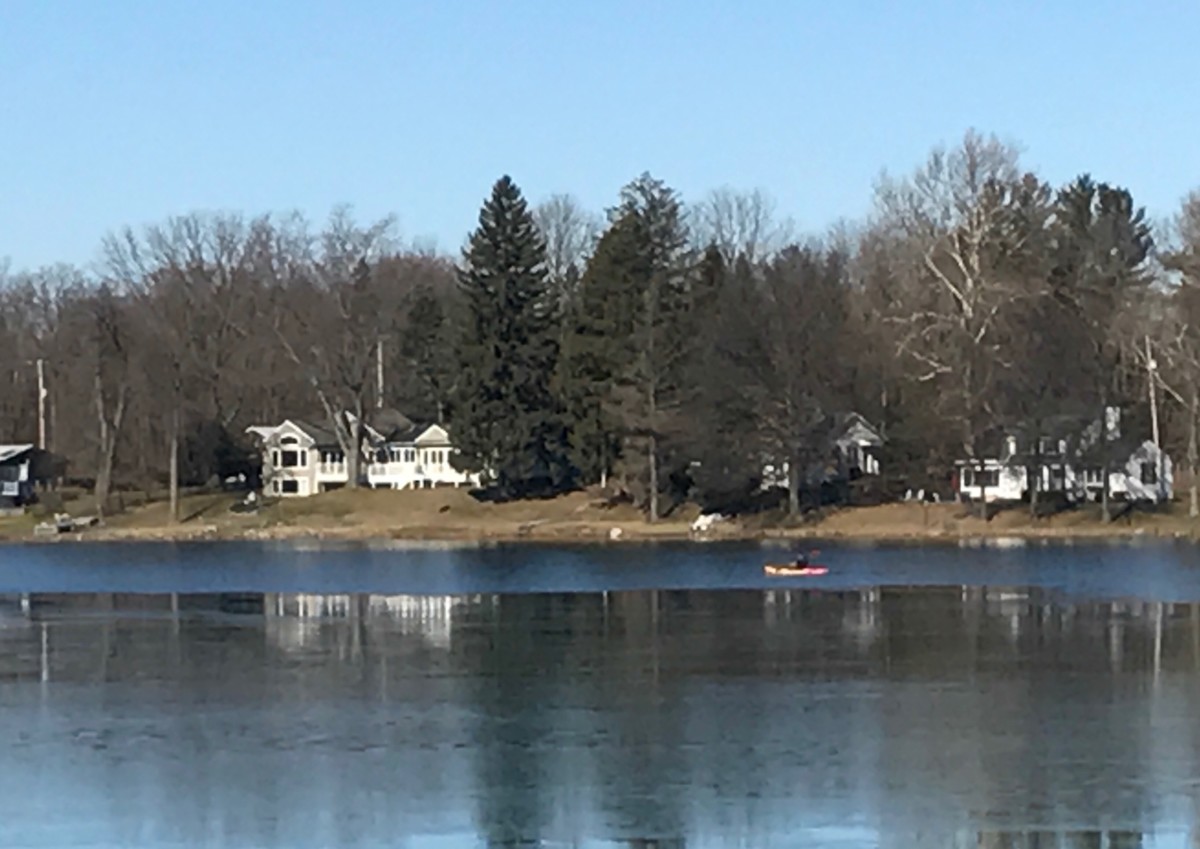 By 1:30 this afternoon, Bill reports the ice was gone from the east shore of Eagle Point, no doubt urged on its way by sunshine and 62 degrees. 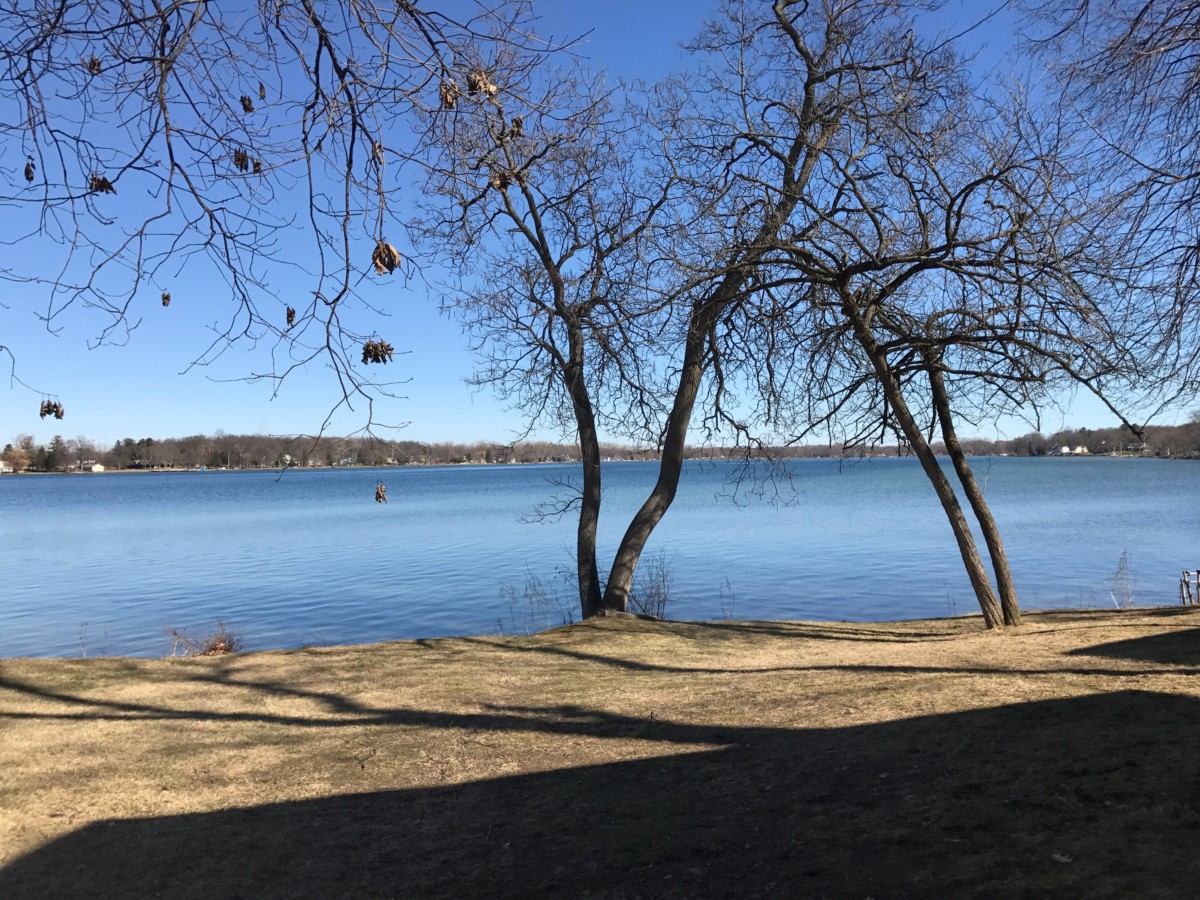 And Karen Menard spotted these fisherman in action today. 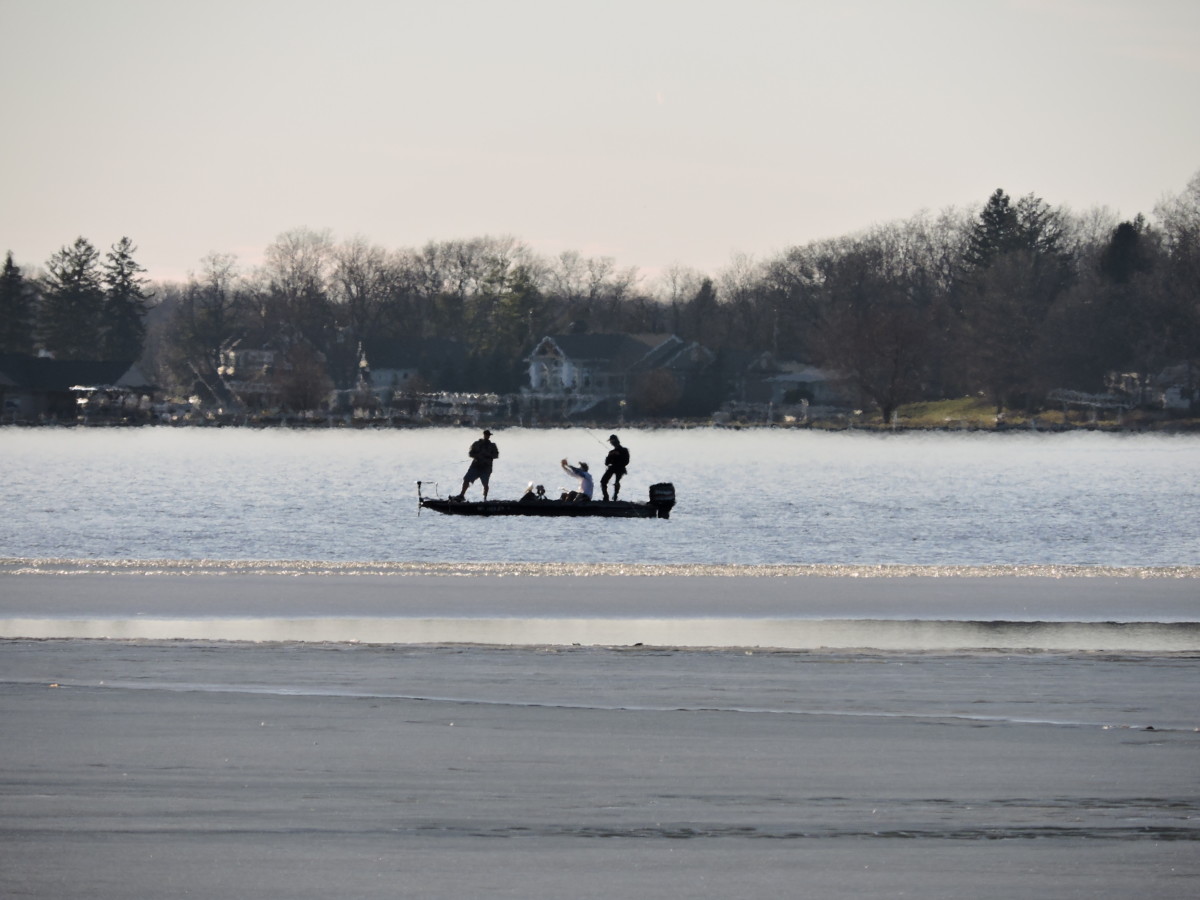 At the end of the day, Bill Leutz captured this view.  The lake was so calm and clear that it reflected the jet contrails from above. 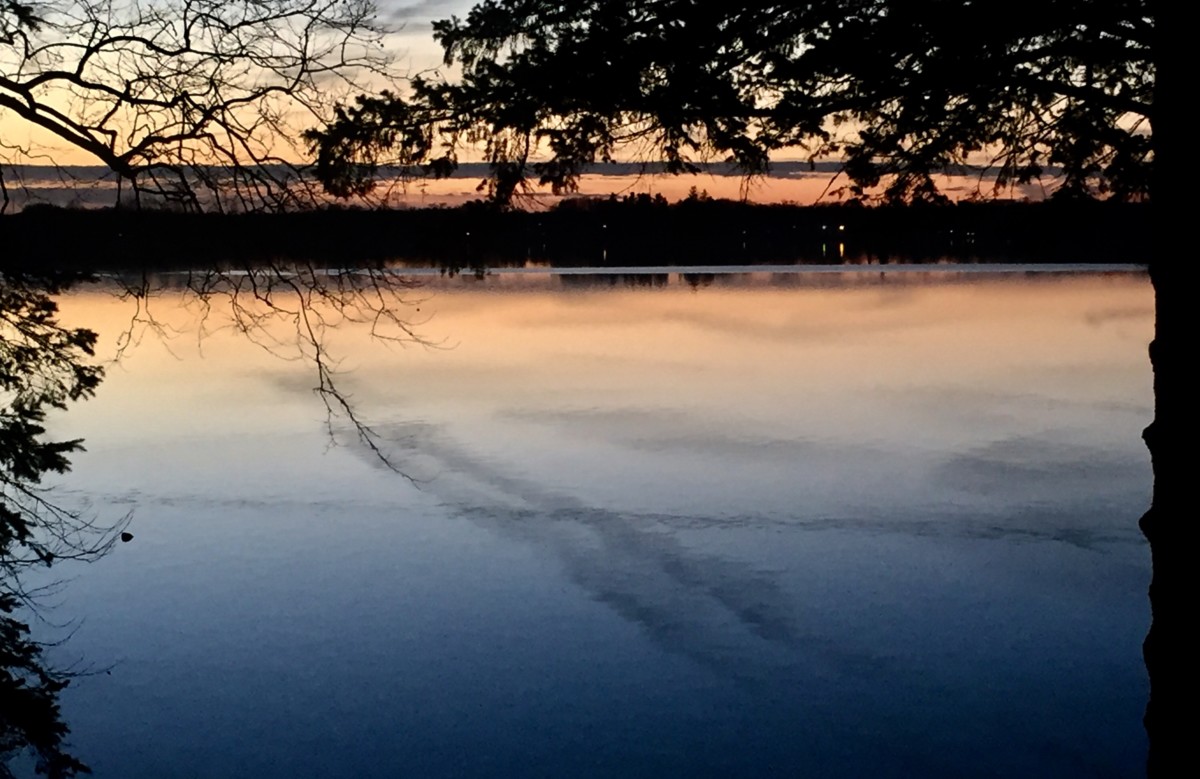