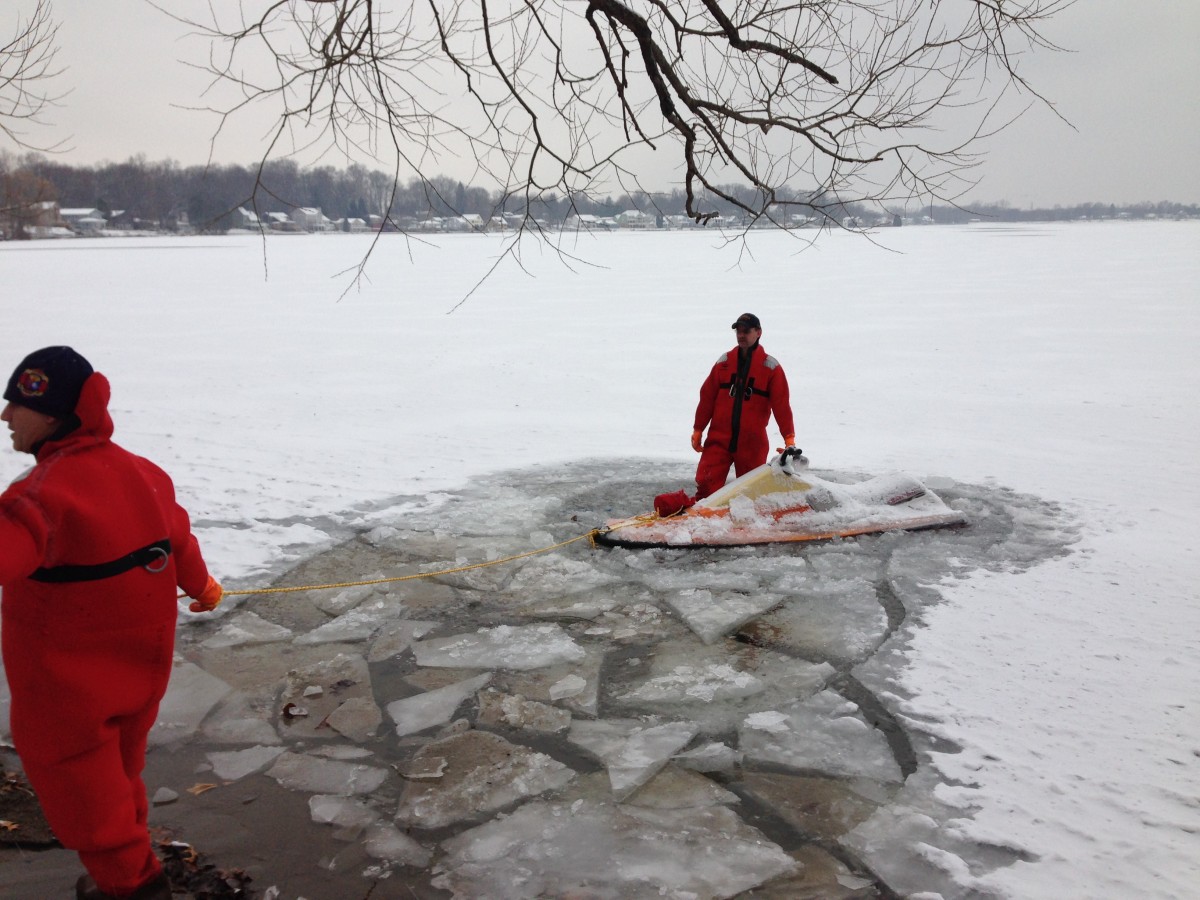 On Friday a loose Waverunner jet ski floated in and beached itself along the Eagle Point shoreline (facing west).  When the lake refroze on Sunday, the jet ski became firmly ensconced in about four inches of ice.  Today a crew from Columbia Township Police and Fire, led by Sgt. Jay Niles and Fire Chief Shawn Lutz, chopped through the ice and pulled the jet ski out of the lake.  They used a lot of arm power aided by a cable attached to the front of one of their vehicles to drag it through the yard and to Eagle Point Road where it was pushed onto a flat bed trailer and hauled away.

Police were able to contact the person to whom the jet ski was registered, but were told that he no longer owned it. 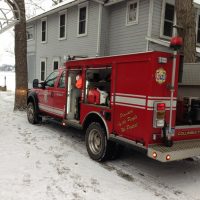 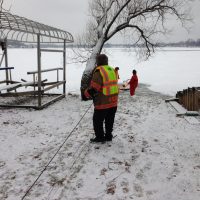 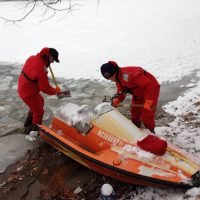 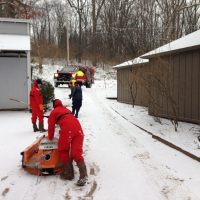 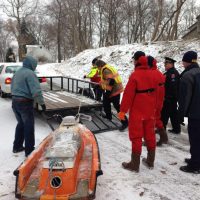 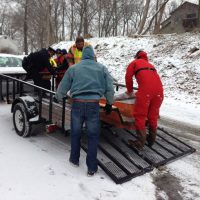