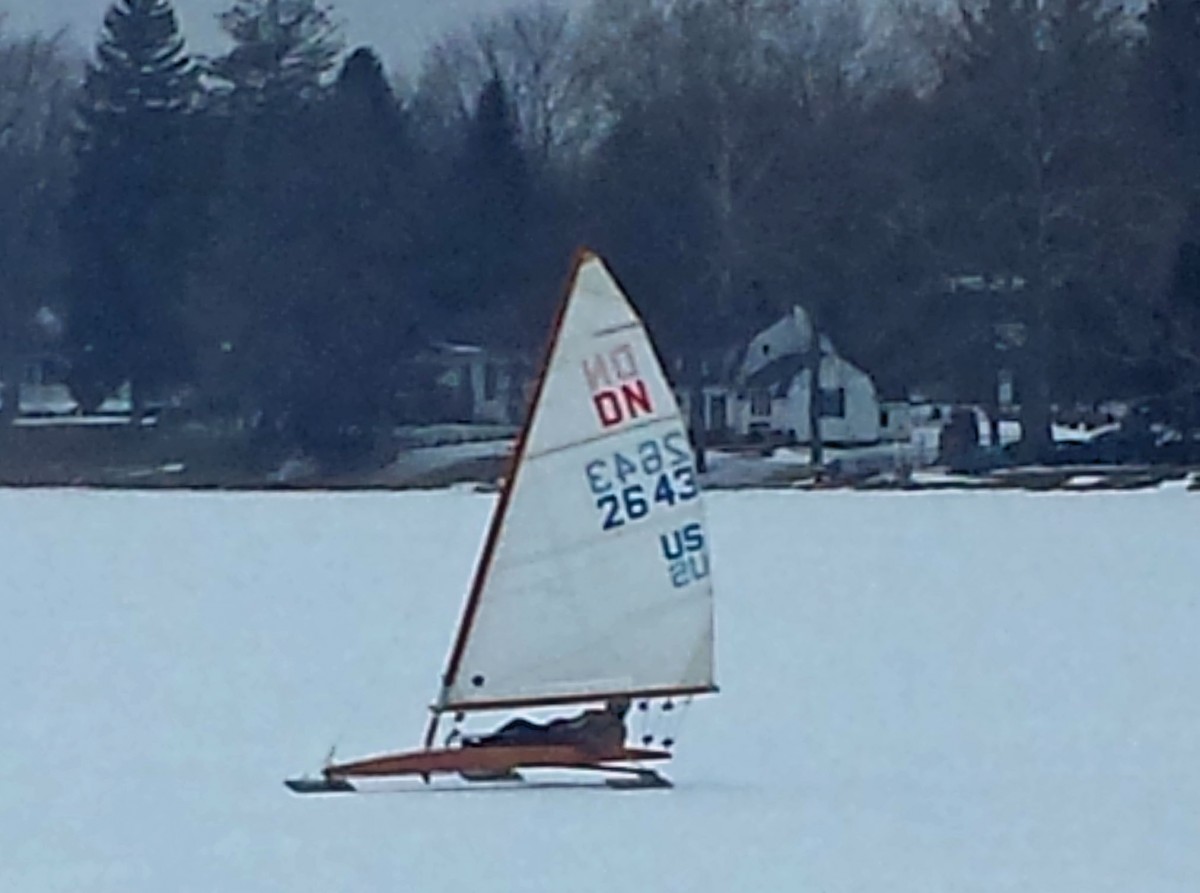 Winter is not everyone’s favorite season, but being at Clark Lake can improve the year’s coldest season.  Just ask Mike McCarthy.  Every so often his iceboat glides across Clark Lake ice at those times when the surface is smooth enough and the wind cooperates.

This weekend Mike was spotted sailing by the Pointe Bar and Grill.  Mike McKay had camera at the ready and was able to catch the action as Mike McCarthy moved speedily along.

Sometimes the sun does actually shine on winter days. This is one of those days. This photo is from winter 2013-14