With the discovery of starry stonewort in Clark Lake, PLM is taking fast action.  Starry stonewort is a particularly virulent invasive species.  It’s classified not as a weed, but as an algae that locates in water at least 3 to 5 feet deep where temperatures are cooler.  In some lakes, it has spread quickly and taken over.  Experience shows that quick action can stop it in its tracks. 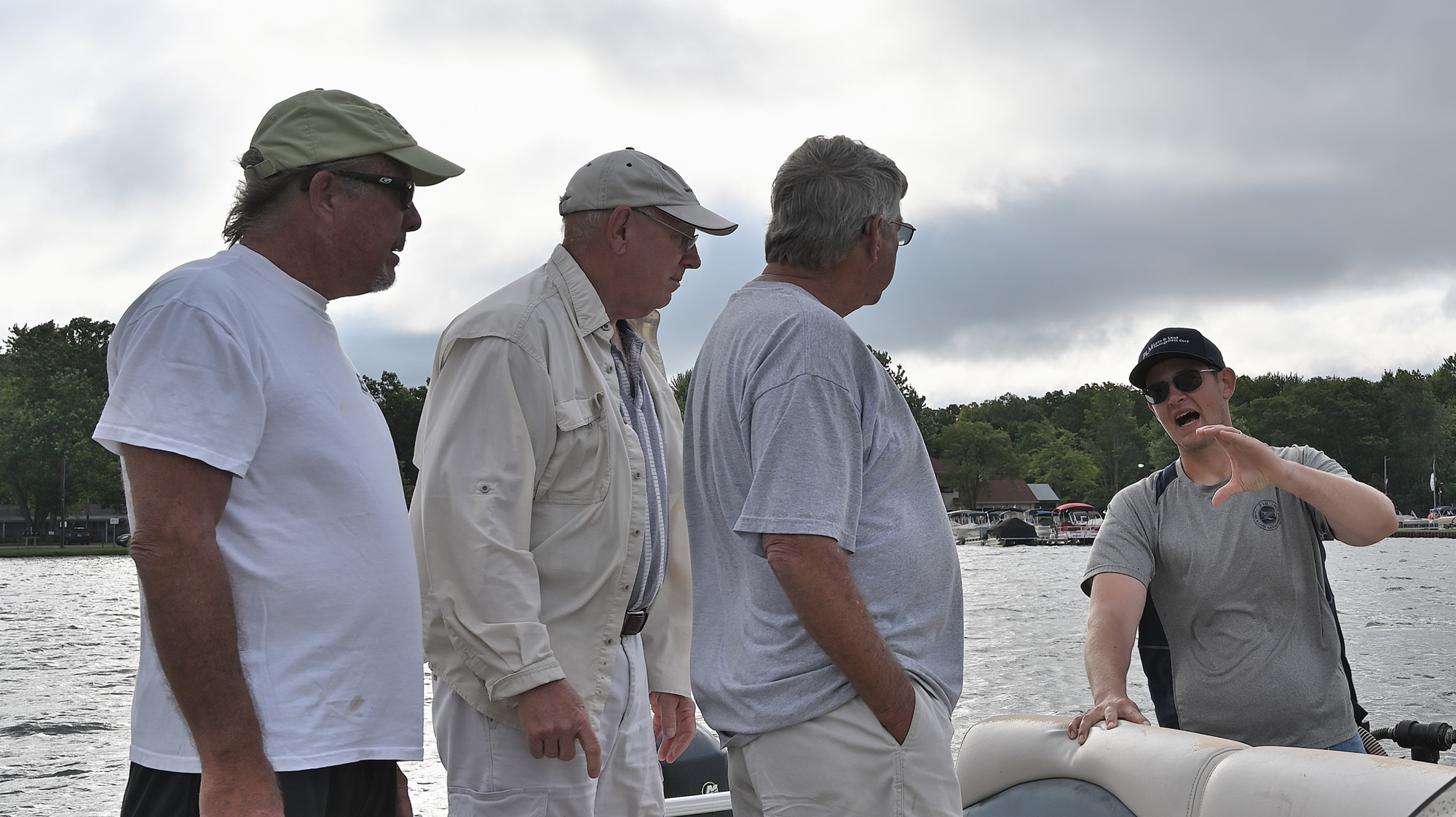 This morning, PLM’s James Scherer treated for starry stonewort where it was found—near the County Park at the east end of the lake.  To learn more about this threat, four Clark Lake residents observed.  They included John Deming, Steve Harris and Rick Belcher, part of the group that initially tackled the invasive weed problem. Also present was Township Trustee Flip Reynolds. 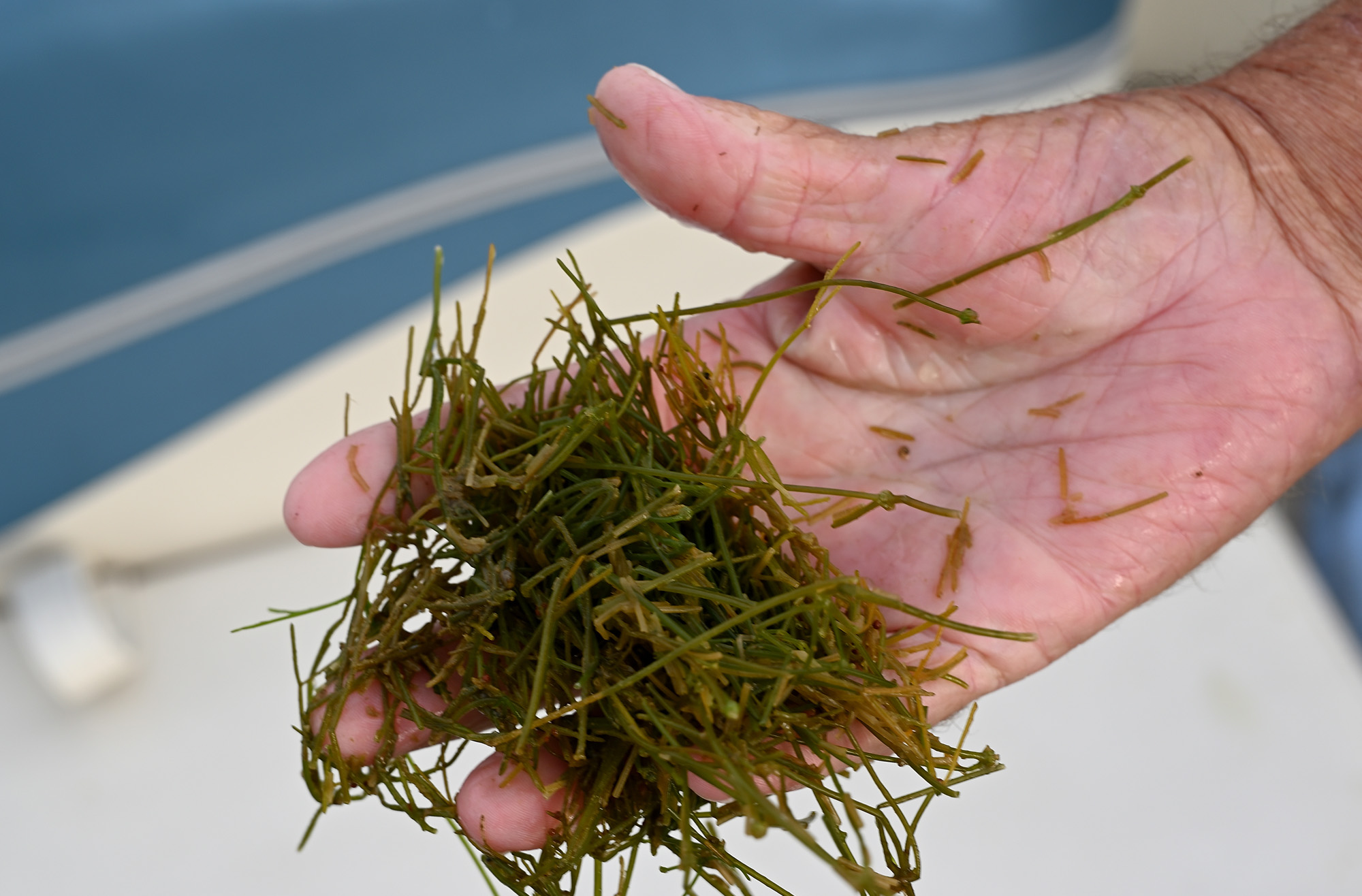 Starry often has whorls of 4 to 6 branchlets, and leaves with blunt tips.  Star-shaped bulbils are produced at the nodes and can reach up to 33 inches.  James Scherer explained how starry stonewort differs from a benign native species also found in Clark Lake.  Starry is crunchy and has nodes on its stem.  Chara, a native lookalike, is scaly and brittle and has an odor to it. 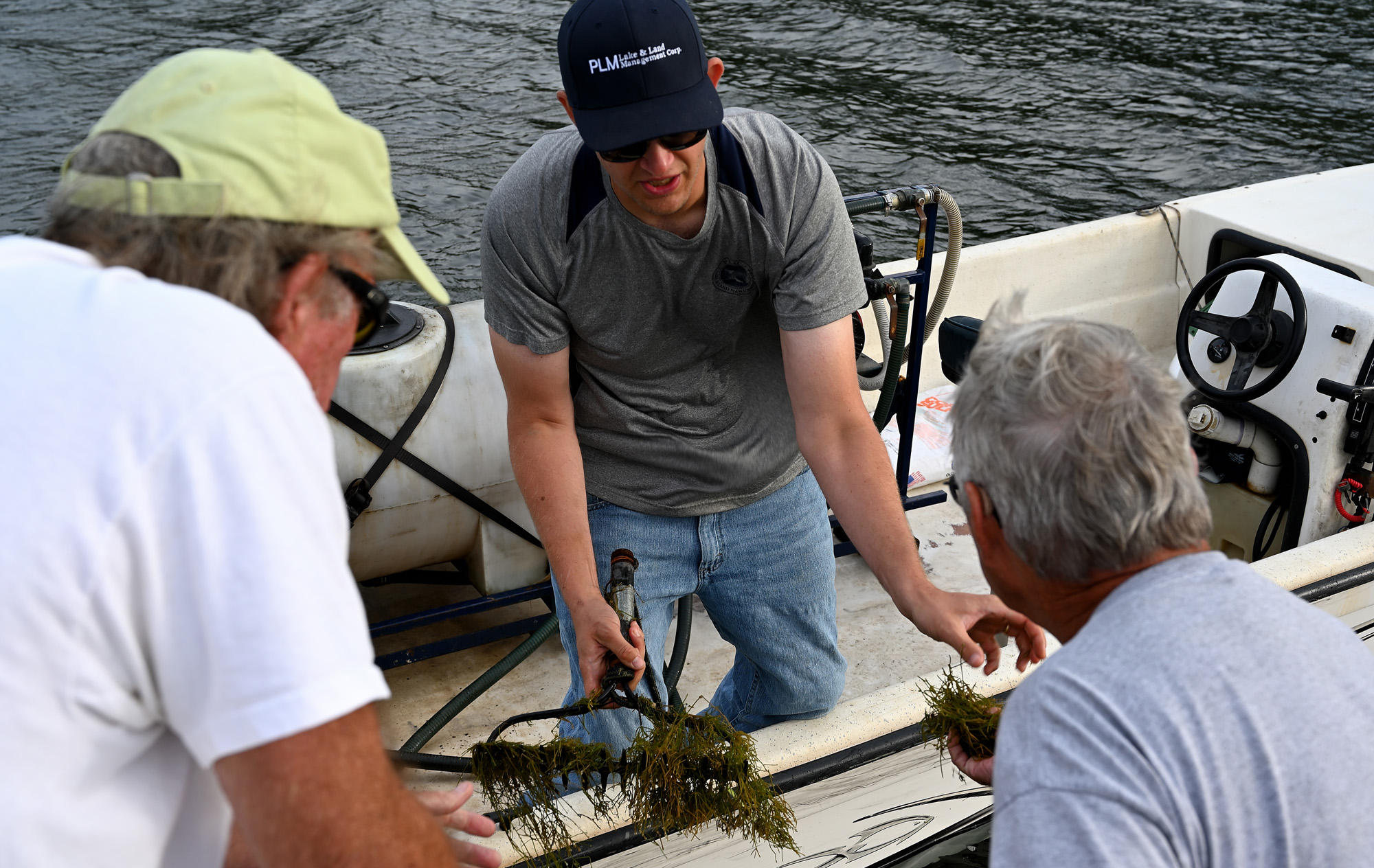 The first step in destroying this invader is detection.  If you find starry stonewort, note the area, take a photo if possible, and email the info to this website, clarklakespirit@gmail.com.  Your information will be forwarded to PLM.

Prevention is better than a cure.  Starry stonewort likely arrived at Clark Lake from boats previously in an infected lake or waterway.  It can hide between the trailer bunks and hull of a boat.

The nugget of good news is that the product used to eliminate starry stonewort is not as pricey as other treatment products.

As reported on this website, this summers treatment program for hybrid Eurasian water milfoil (HEWM) was successful.  To read about it, please click here.

Lakes that did not take action against invasive weeds watched in horror as  they took over.  Those lakes faced reduced recreational use, destruction of habitat, and diminished property values.  Clark Lake invested in weed control through the creation of a special assessment district that is under the auspices of Columbia Township.