Another chapter of Clark Lake history was completed with the 2016 Kids Triathlon today (Sunday, 7/31/16).  A group of competitors, 12 and under, challenged the three courses designed to test their stamina–swimming, cycling and running.  The event, co-sponsored by the Clark Lake Yacht Club and the Raft-O-Rama Committee, centered around the Yacht Club grounds.  First came the swim.

Then the competitors donned their helmets and headed to their bikes for a course that took them to Eagle Point and back.  The finale was a run around the Yacht Club grounds.  Watch the action via the slide show below.

At the awards ceremony, each participant was given a ribbon. 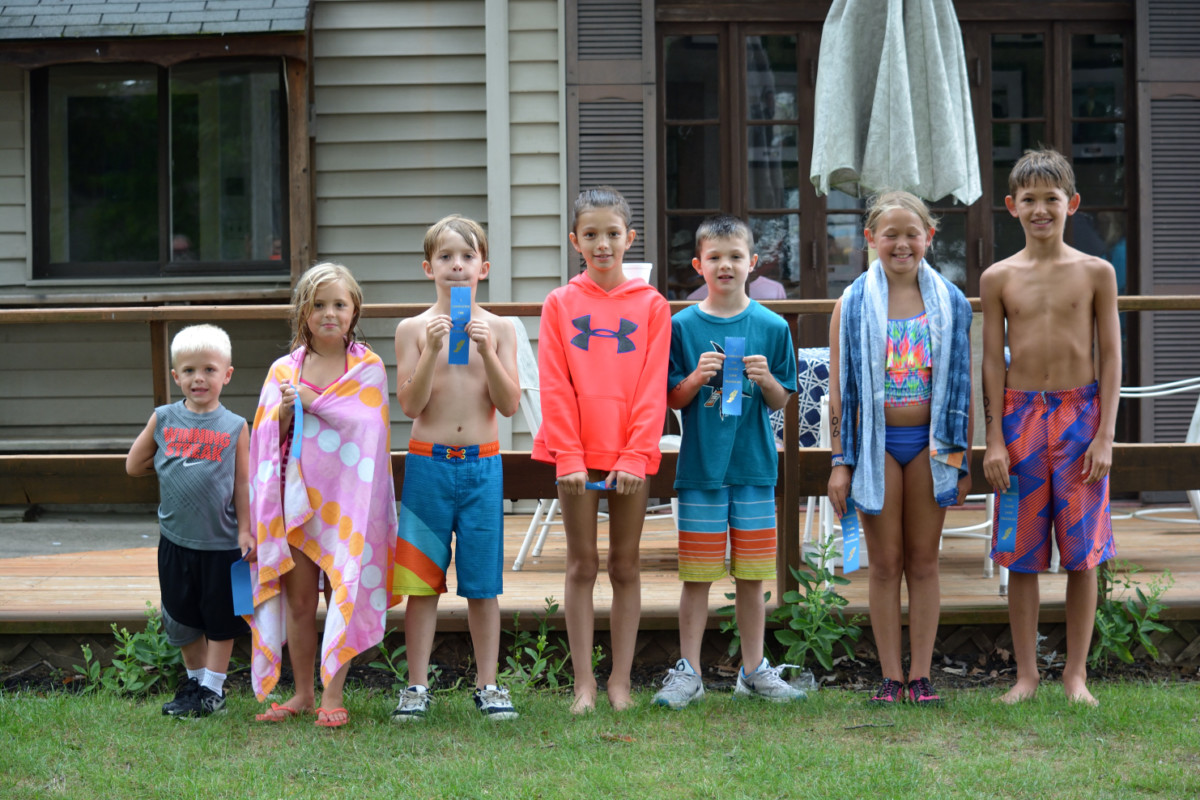 In first place was Jamie Kretzinger, second, Isabella Ortiz; and third, Joey Ortiz.  Other competitors included Viggo Via, and Mady and Jack Mulder. Below, organizer Dan Omo is about to congratulate Jamie Kretzinger for placing first. 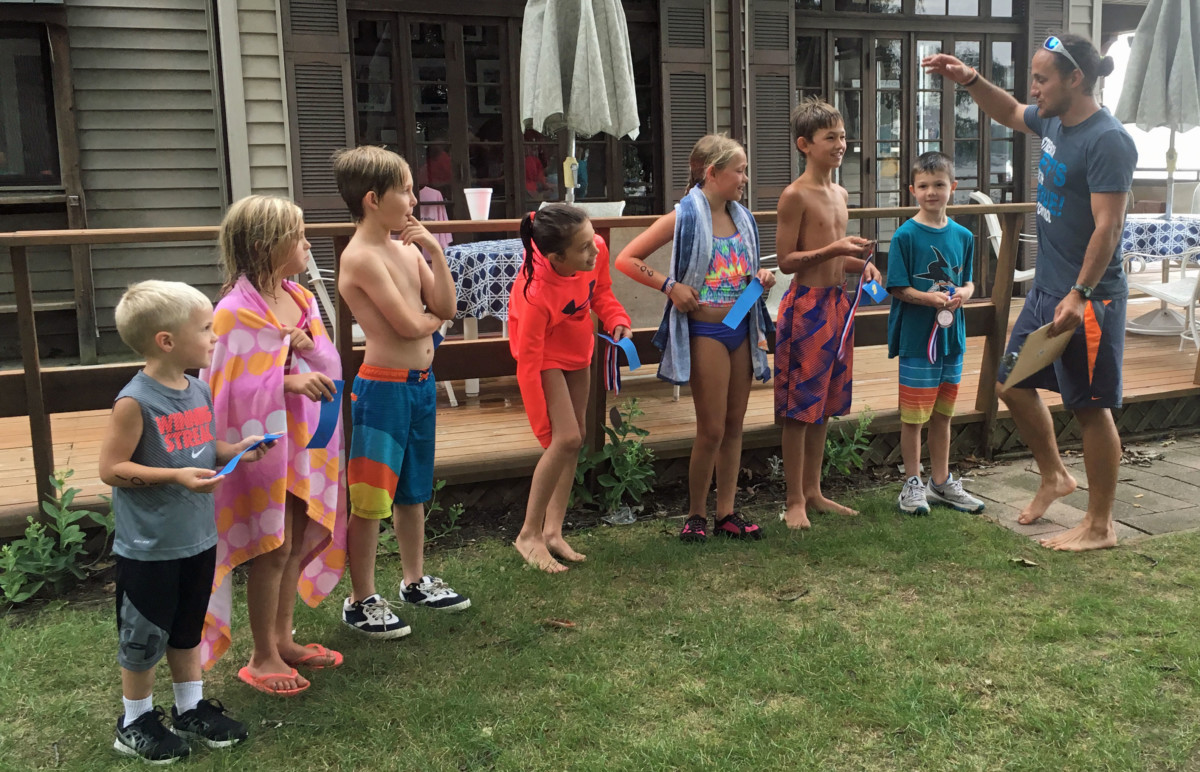