Well wishers have stepped forward to inquire about the victim of a hit and run accident at Clark Lake.  This website contacted Deb Spencer, the wife of the victim, Claude Spencer.  Together, they provided additional context to the story, included below.

Claude was out for a jog around 4:30 am on Christmas Eve morning.  Why so early?  The 74 year-old usually runs at this time because there is so little traffic.  He also takes the precaution of wearing a reflective vest. 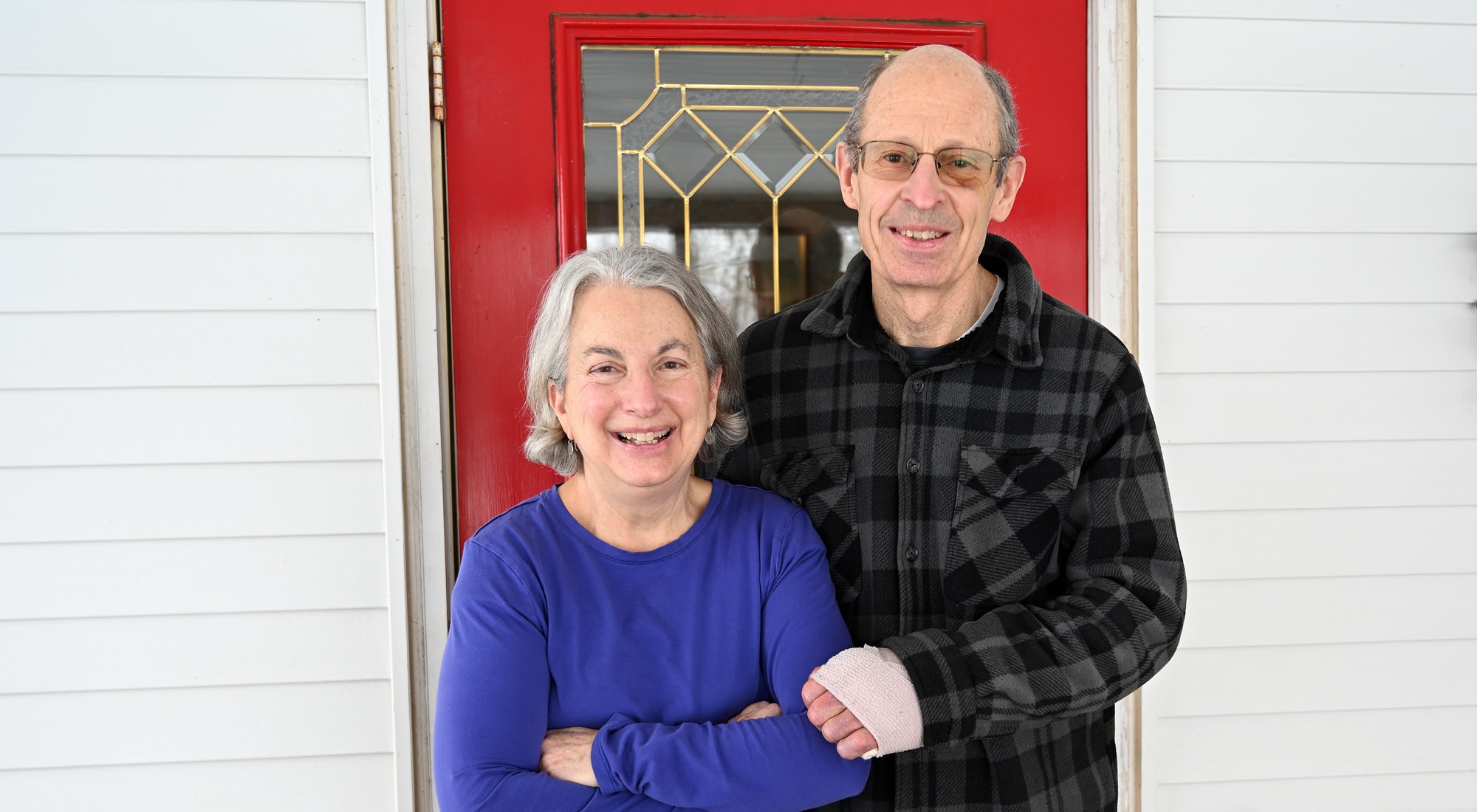 Claude had made his way south on York from Crego.  Seeing the bright lights of a vehicle, he moved to the right side of the road out of its expected path.  But to no avail.  He was hit and thrown to the ground.  He made several attempts to stand, but could not.

Claude crawled from the scene for an hour and half for a distance of a half-mile to where Ocean Beach and North Lake Road meet.  Up to that point, there had been no other traffic.  That changed when a grandmother leaving her nearby home to visit her grandkids, came across Claude in his distress.  Ruthie Andrews brought him back to the Spencer home and helped Deb get him inside.

Once inside, the Spencer’s called 911, and Claude was taken to the hospital. Today, he is recovering slowly from extensive soft tissue damage that caused bruises and swelling.  A small bone in his left hand was fractured. He will now wear a splint for several weeks.  The laceration over his left eye is healing, but he has “quite a black eye.”

On the return from the ER, Claude and Deb revisited the scene.  They found small pieces of black plastic.  In their own words, Claude “was hit, maybe by the mirror but the truck never slowed or stopped so we are unsure of what part hit him. Claude can’t remember anything  about the truck but the bright lights coming directly towards him and then he was down.”   They added they saw “only a small branch in the road”.

Acting Police Chief Jay Niles says the department is “still investigating and developing leads”. Leaving the scene of a personal injury accident, with injuries like this, is a “misdemeanor punishable for not more than one year in jail and/or a fine of not more than $1000.”  If you have any information, Columbia Township Police ask you to call them at (517) 592-3122.