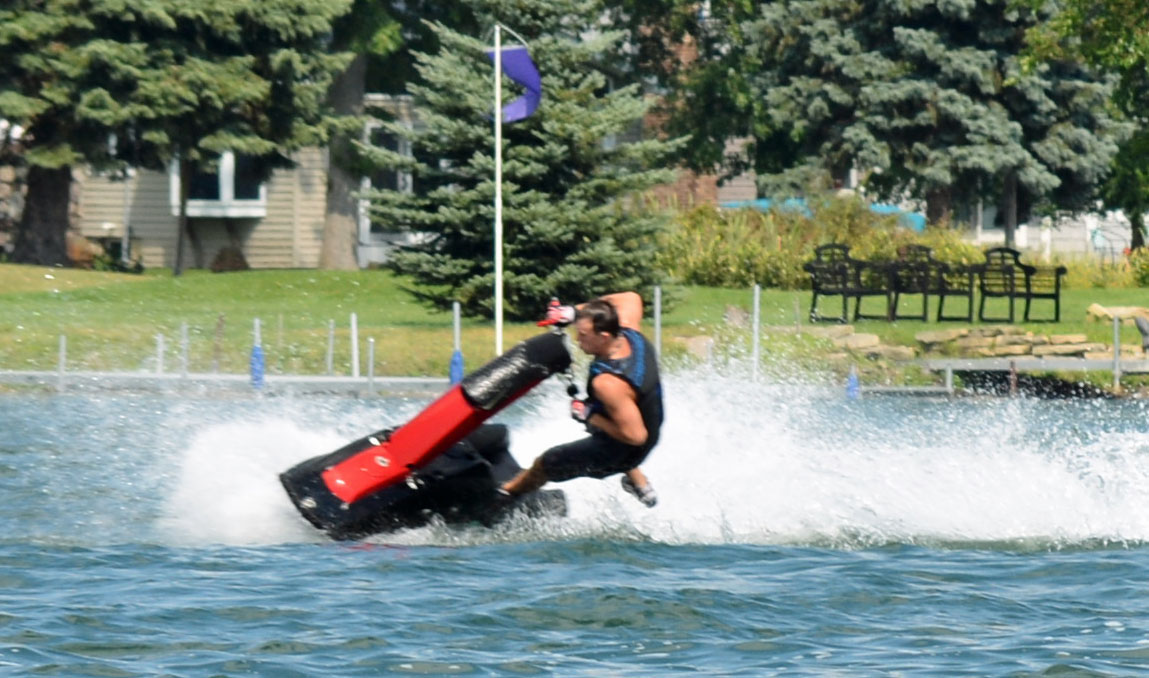 Jet skis are popular on Clark Lake, even if their numbers have declined somewhat. According to the  boat count, they peaked at 196 in 2005; in summer 2014, there were 130 which is still substantial.

Ask around and you will find a variety of opinions regarding their presence on the lake. Some people love them and have several at their dock; non-residents use the public launches and enjoy them for a few hours. Some people believe they are a nuisance—either a safety hazard or harm the ecosystem (because they can operate in very shallow water, they stir up the bottom). Those who believe that jet skis are annoying have opinions that range from they ought to be used with more respect to there should be an outright ban.

What do you think? Jet skis are the topic of the new poll. Find it on the lower left of the main page on this website.

The jet ski poll replaces the swan poll. Here are the swan choices and results:

Last summer the DNR eliminated a mute swan after it had been reported to Columbia Township police as aggressive. The DNR considers mute swans an invasive species. What should be Clark Lake’s approach to mute swans?

Given that thousands visit this website, the proportion of voters was small—just 35. As viewers of the website become more aware of this feature and interest grows, more participation is likely and the results will become more useful. If you like this feature, please recommend it to others.

Most of the problems that are associated with jet skis are related to their use improperly or illegally. The one area of use that is not
covered by existing regulation is the pirouetting of a jet ski in less than 20 feet of water. The jet stirs up the bottom of the lake and
causes turbidity in the water. The turbidity can be a real threat to the environment of the lake to include damaging fish beds.