Jeff to the Rescue

If you’ve driven on Hayes Drive recently, you’ve seen how natural wonders like the Grand Canyon began.  But this would not be good if you attempted to navigate through it driving a Mini Cooper.  You might be swallowed up.  Jeff Butterfield came to the rescue this morning.  Driving the big Jackson County Department of Transportation rig, he made repeated sweeps of the road.  By scraping the surface, he filled in holes and crevices with ambient road material. 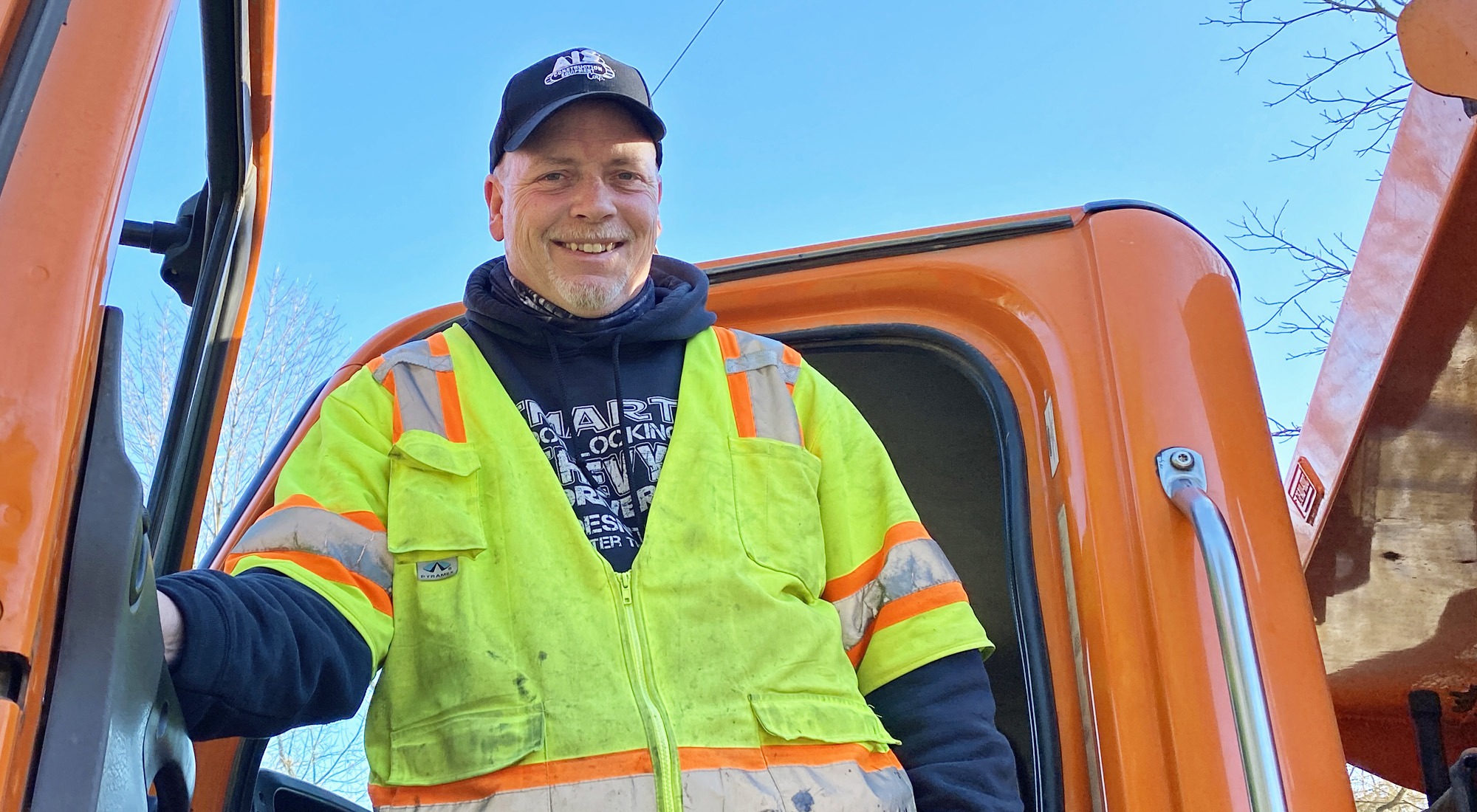 We’ll be thanking Jeff when it snows.  He is our guy to remove it. 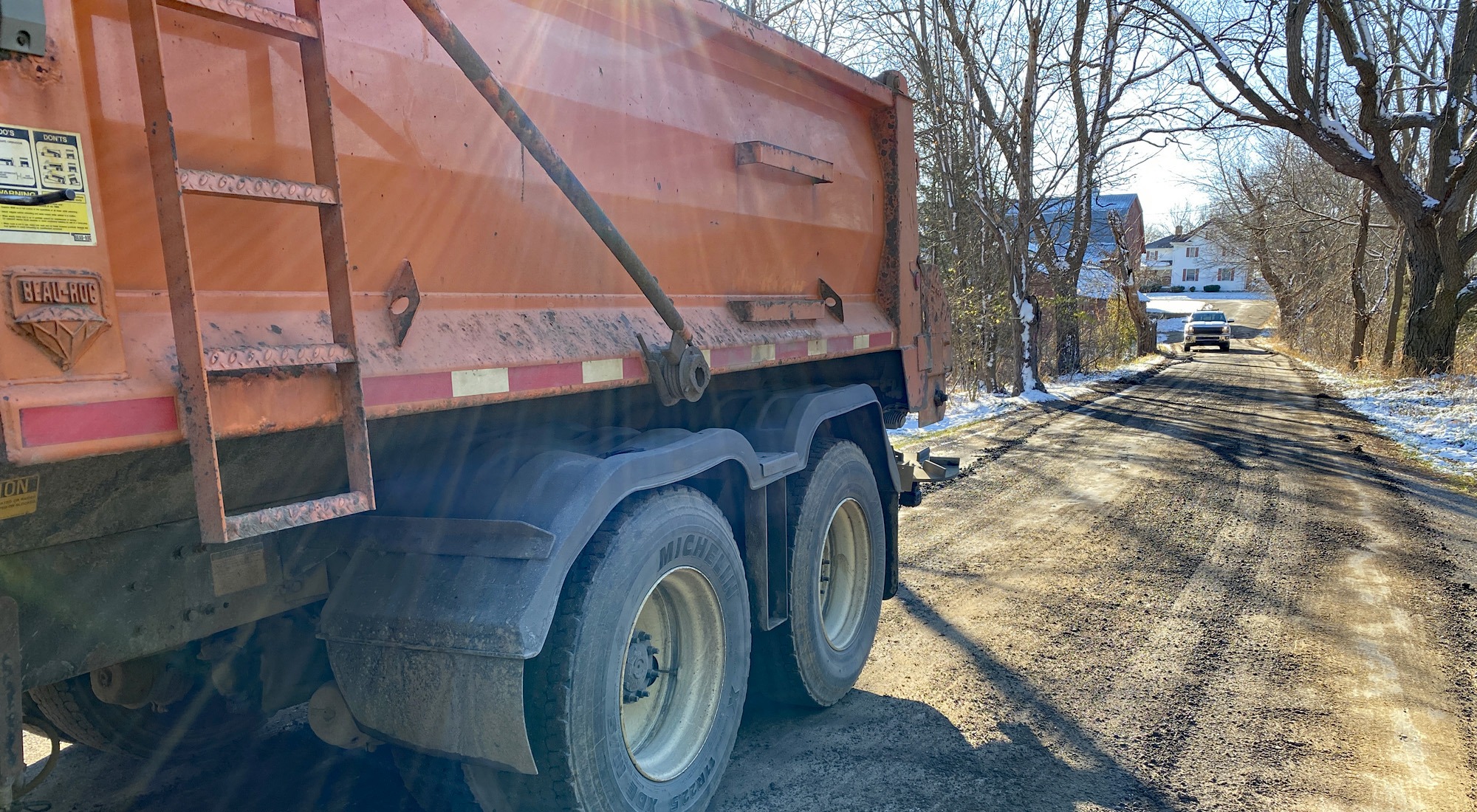 On another aspect of Clark Lake’s changing natural moods, November’s warm spell has ended.  December is being more like itself.  Last night (Monday) was chilly and clear.  The moon shone brightly on the water as waves reflected it.  This photo was taken from Eagle Point Drive, looking out from the Cove. 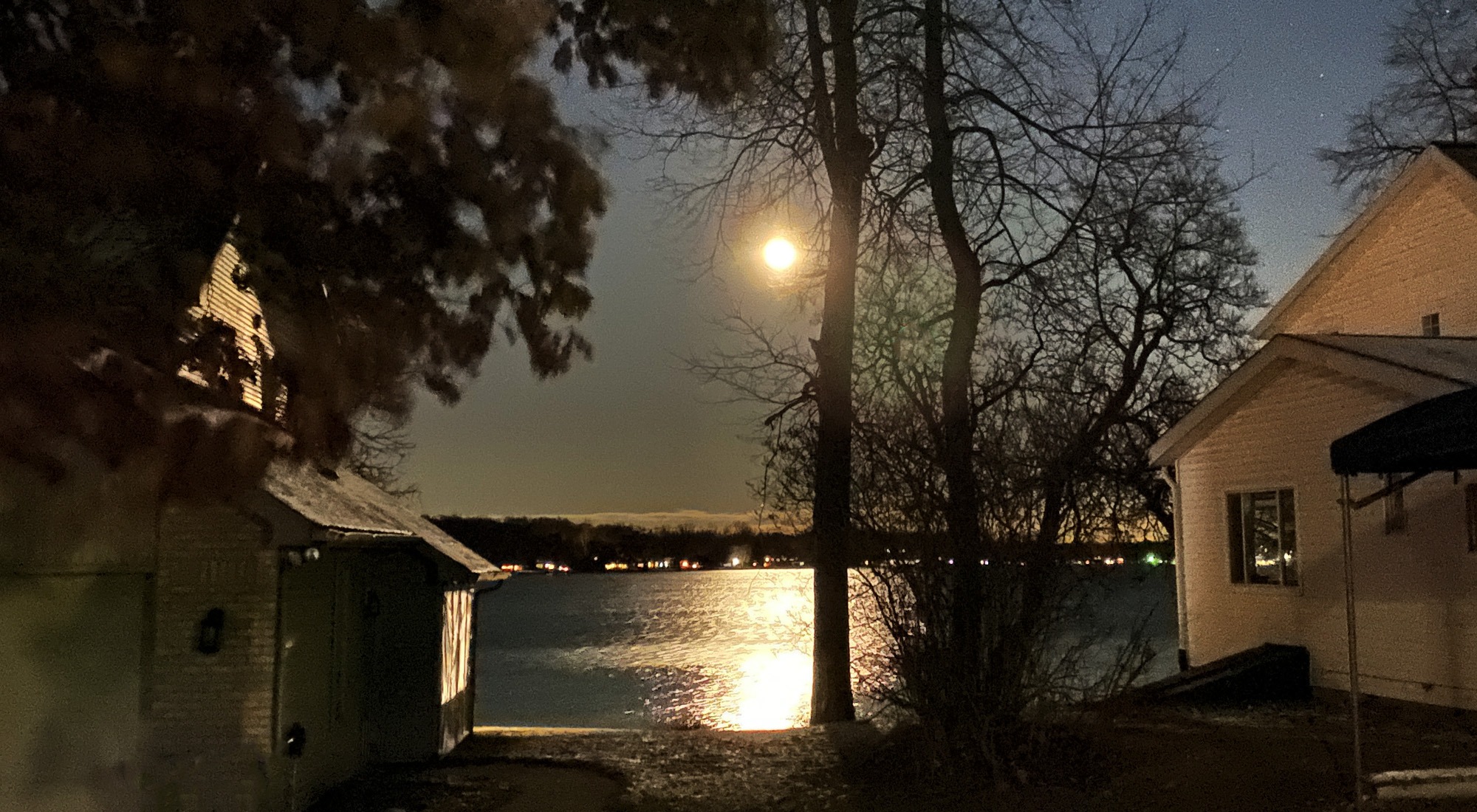