As reported on this website, DNA evidence confirms the presence in Clark Lake of hybrid Eurasian water milfoil (HEWM), which spreads rapidly. Other lakes invaded by HEWM have found that it severely curtails recreational use, destroys wildlife habitat, and is detrimental to property values. A study from September 2014, supported by the Clark Lake Spirit Foundation, revealed 20-acres of the invader in the lake. A group of mostly Clark Lake residents has formed to deal with the problem. The Clark Lake Invasive Species Committee is working with the Clark Lake Spirit Foundation which receives tax advantaged donations and disburses them on behalf of this project.

With donations received so far, it will be possible to treat four areas of infestation in spring of this year:

The Committee is also working with Columbia Township to set up a Special Assessment District (SAD) to eradicate or control the HEWM in 2016. Some people have asked “why wait to 2016”? Here’s the explanation:

The 2015 areas of treatment are only possible with the permission of lakefront landowners in an area determined by their property lines extending out into the lake, but not to exceed 250 feet from the shore. These are called “riparian rights.” The reason for the 250 foot limit is that it’s difficult or impossible to determine the riparian rights beyond that point. The extended property lines begin to cross and/or converge creating an undecipherable spider web.

Residents in the treatment areas for 2015 have given their permission. It’s expected that the treatment will take place after the thaw in early spring. This timing is ideal. The HEWM is already present, but the native plants have yet to start their growth cycle, and the lake is lightly used at this point.

The 2015 treatment, financed by voluntary donations, will affect only a fraction of the infestation. Making treatment permissible wherever needed is something called a Special Assessment District (SAD), but this takes time. Members of the Committee have been working with Columbia Township officials to create a Clark Lake SAD to enable treatment by 2016. In addition to making possible treatment wherever needed, the SAD will have the ability to finance the work by collecting funds as an add-on to property taxes. The cost to each lakefront landowner is not expected to exceed $100 (estimate) per year. The experience of other lakes has shown that after the initial year of treatment, the cost declines significantly.

There are several steps to establishing the SAD. The Committee will be asking lakefront owners to sign a petition to present to the Columbia Township trustees. There will be two public hearings with published notices. Once the SAD is approved and created by the Township, treatment can be scheduled. Current plans call for a seven year “life” for the SAD. It can be renewed after that, if needed.

On Tuesday (January 19) several Committee members outlined these plans at an open meeting of the Columbia Township Trustees. In December, the Committee held a public information meeting at Columbia Central High School to explain the seriousness of the threat. For a detailed review of that meeting, please go to Invasive Weeds on this website.

Other lakes in our region have struggled with HEWM. There is a kernel of good news in that. Clark Lake does not have to “reinvent the wheel.” The residents and Committee can learn from the experience of others. The approach outlined by the Committee draws greatly on these experiences.

Below are two photos from the air of the same area–in front of the County Park at the east end.  The first photo was taken in 2013; the second, in 2014.  Note the increase of HEWM in this area.  (Scroll beyond photos for more story). 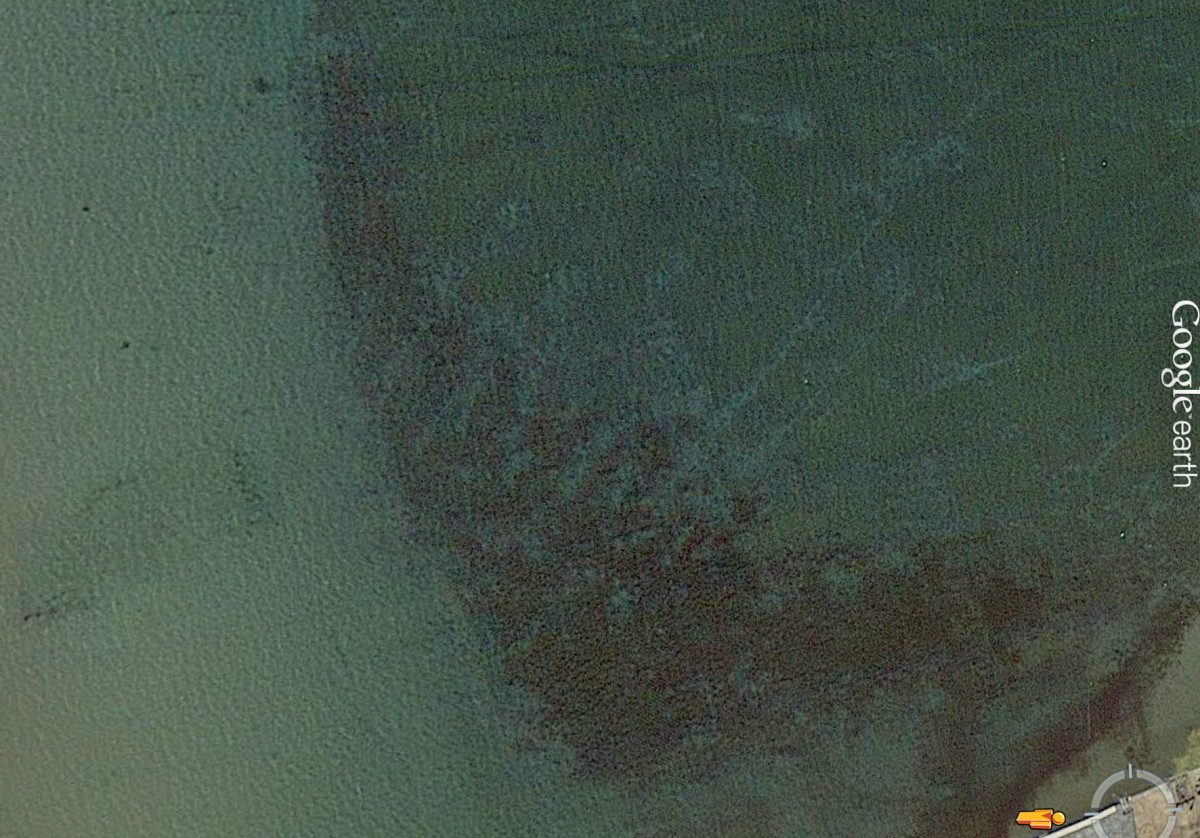 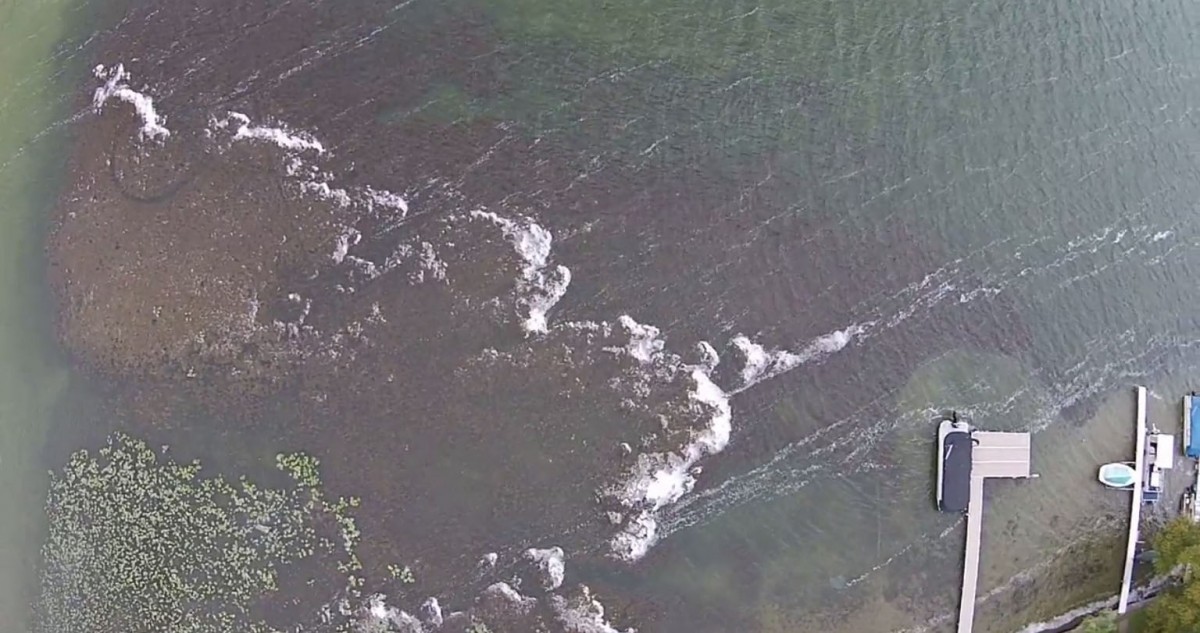 At the December public information meeting, a straw vote was taken to ascertain whether the 89 people attending favored the direction of the Committee. The nearly unanimous vote supported the Committee’s analysis and plan. One person who has been at Clark Lake for all of his 70 years, commented: “I don’t relish the idea of herbicides in the lake, but after hearing the pros and cons, I think this is the only way to move forward. I do not want us to lose the lake we’ve always known. Therefore I’m supporting the current direction of the Committee.” Observers in the audience noted that heads nodded in agreement.

The work on this project began in August 2014. To learn more, click on the Invasive Weeds tab. All stories about HEWM on this website can be found there. This website will continue to follow the progress of the Committee as they work towards the eradication or control of this invasive weed.