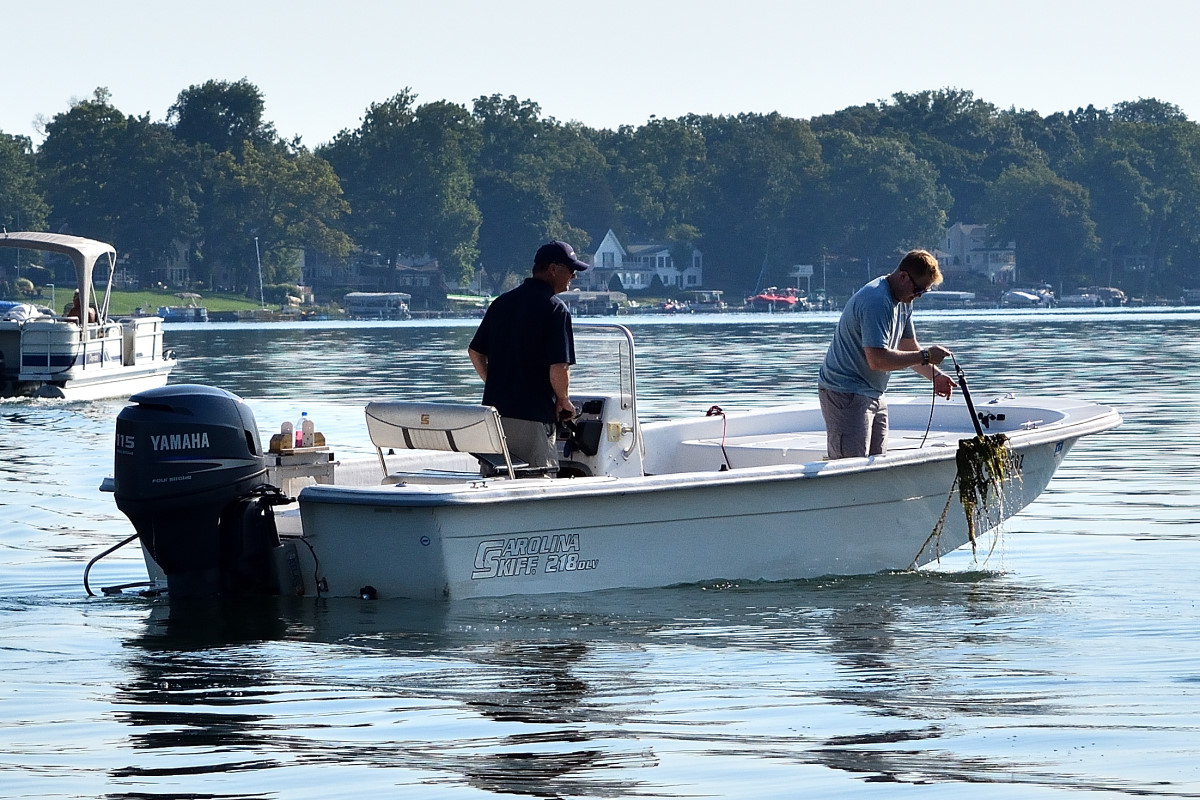 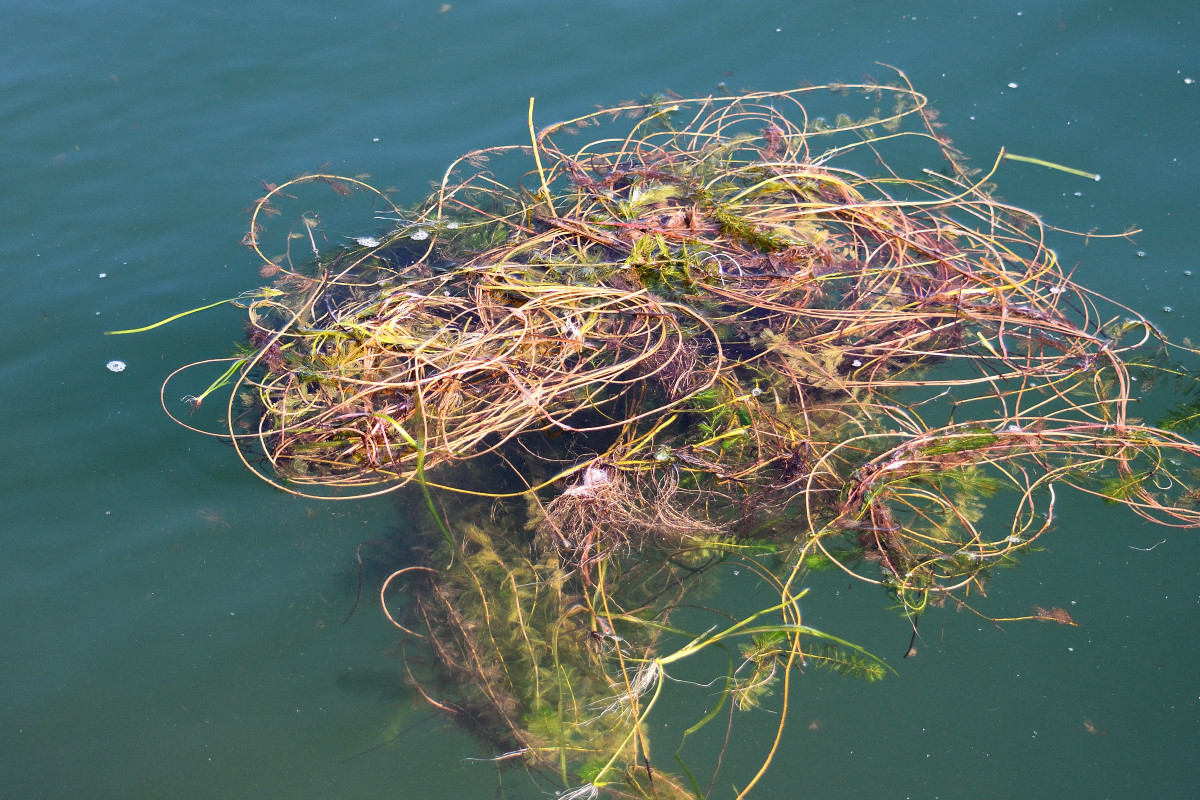 This invasive species multiplies quickly and is notorious for taking over lakes.  It curtails recreational uses such as boating and fishing, destroys wildlife habitat and impairs navigation.  Lakes that stood idly by watched property values plunge.

Ninety-five percent of lake front property owners contacted by the Invasive Species Committee signed a petition asking for action. As a result, Columbia Township formed a special assessment district (SAD) that allows treatment anywhere HEWM exists in the lake and supports the cost through property taxes. 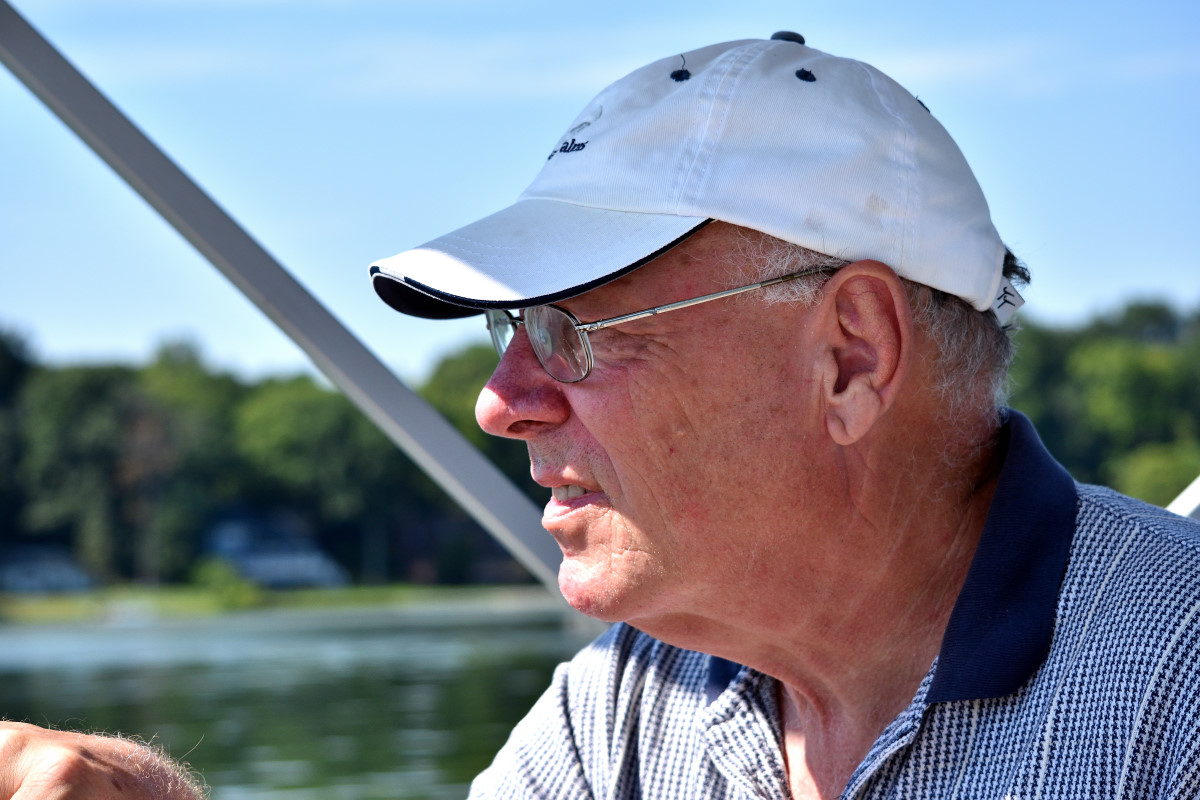 John Deming and Rick Belcher, on a nearby raft, watched progress and discussed the issues with Steve Hanson and J. T. Gravelie.

John Deming, chairman of the Clark Lake Invasive Species Committee, says “I like that PLM and SePro are approaching this problem in a scientific manner.”  He also noted that “PLM could treat every year, take the money and run.  Instead they are doing their due diligence, customizing the approach for Clark Lake, and not wasting our money.”  John Deming added “some areas of the lake where we saw HEWM two years ago are now devoid of it. So some progress had been made.”

Comments from Township trustees present–Bob Elrod, John Calhoun and Flip Reynolds–indicated that tax moneys collected this year could be rolled into future years.  Fewer treatments with a more effective product could reduce the overall costs of this program.

What’s the challenge in thwarting an invasive plant like HEWM?  PLM also treats other lakes in our region, and they have found each lake to be individual. Take, for example, this chain reaction when Eurasian milfoil enters a lake.  The invader mates with the native plant.  The resulting hybrid mates with other hybrids and native plants.  Or varieties of hybrids travel from lake to lake by boat or other means. Darwinian evolution implies improved sustainability and thus, a greater opportunity to procreate, and become immune to threats like treatment programs.  Take that cycle through several iterations, and you can see the challenge in knocking off an invasive species.

To read more about this program, please click here. 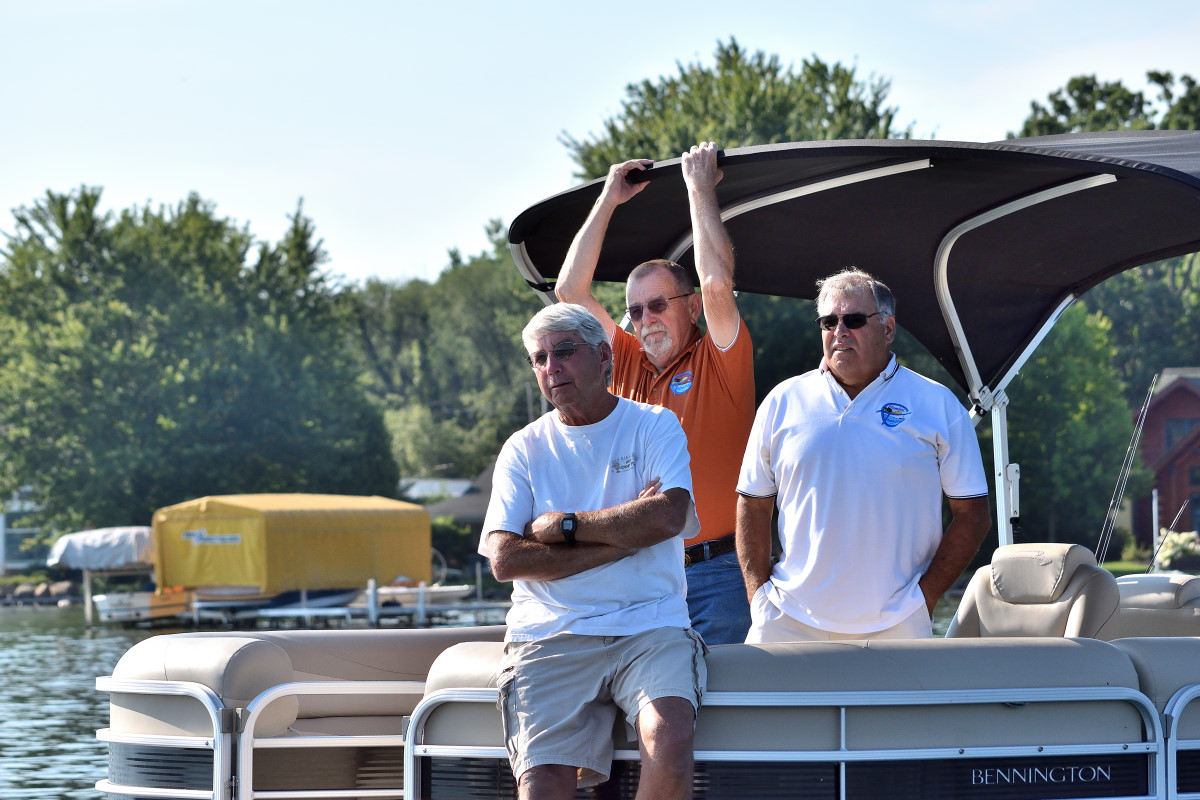 Trustee Flip Reynolds, Supervisor Bob Elrod, and Treasurer John Calhoun also watched the survey from close by, and questioned Steven Hanson and J. T. Gravelie on their findings and recommendations.