Mixed into the celebration is the reason for it–honoring those who conceived the concept of freedom–declared it, fought for it and won it.  “We hold these truths to be self-evident, that all men are created equal, that they are endowed by their Creator with certain inalienable rights, that among these are life, liberty, and the pursuit of happiness” wrote Thomas Jefferson.  Those lofty ideals in the Declaration of Independence had to be won in brutal battles, political activity and shrewd diplomacy.  Each generation must answer if they will fight to keep those ideals.  In his well-researched book 1776, David McCullough describes the path to victory as tenuous, the odds stacked against us. On the lake last night during the fireworks display, one person spontaneously exclaimed “Thank you, George,” meaning George Washington and our founding fathers, who defined freedom for a nation and brought it to life. 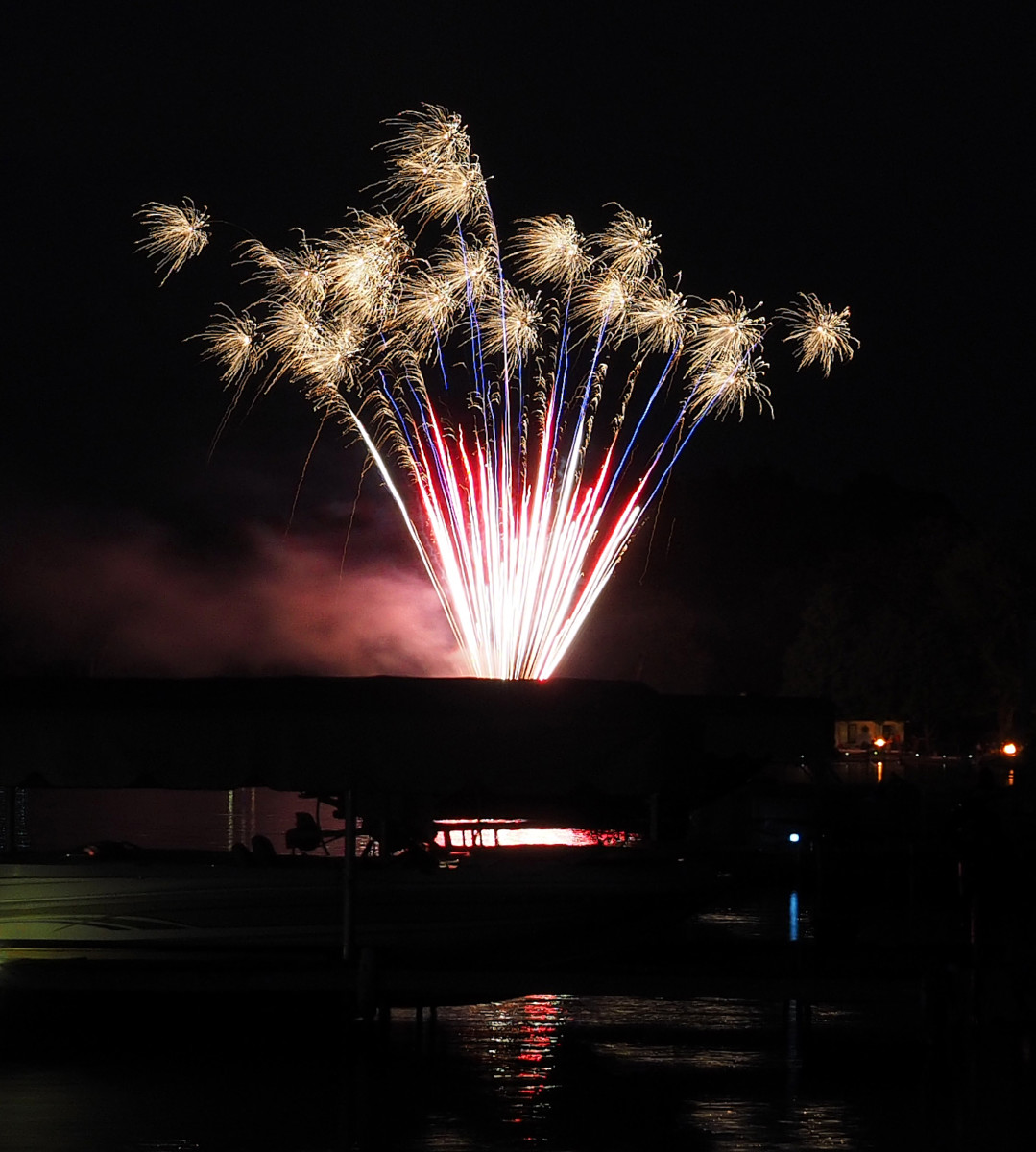 Among the rafts and boats, there was something special in the air.  Everyone can identify with the aroma of coffee brewing or the scent of a brand new car.  At times, there is a certain freshness at Clark Lake–a combination of wind and water acting on each other, and that was a bonus to the last night’s fireworks.

Below is a slide show that samples the Fourth of July 2016 at Clark Lake.  Thanks to Steve and Margie Harris for the photo of the “Red, White & Blue Heron”.  The heron landed on their dock yesterday and created a picture perfect moment for the holiday.