Recent rain, warmer temperatures and today’s wind are having their effect.  The ice on Clark Lake is breaking up.  According to Bill Leutz, 80 percent of the lake is open.   The video, taken by Laurie LaZebnik, shows the ice moving from west to east, crunching against the Kentucky Point shoreline.  The winds have driven the ice into sheltered areas along the north shore, such as around Three Pines Point (just west of Kentucky Point).  Additional photos in the video are from Bill Leutz to give you an idea of some views today around the lake.  The view of the County Park shows a downed limb, about the only damage brought about by the high winds. Final snapshot in the video is from the DamCam at about 3:30 pm.  You can get live video 24/7 by going to the DamCam on this website.  The view will change depending on what it sees. 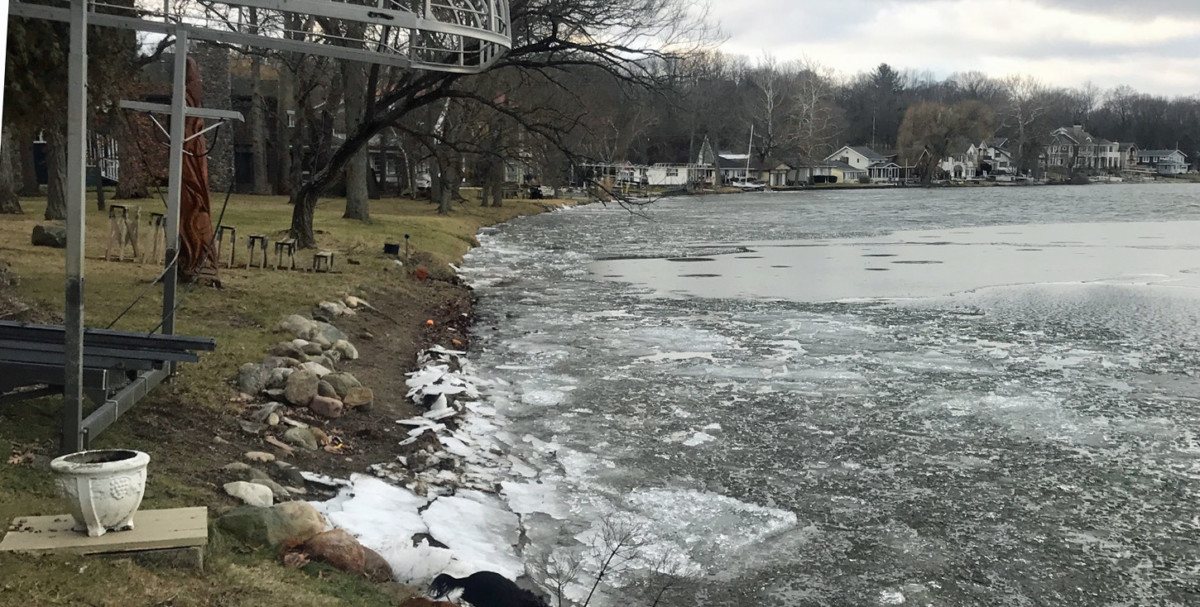 The photo below is also from earlier today and is from the DamCam.

Who will be first to put in their dock?