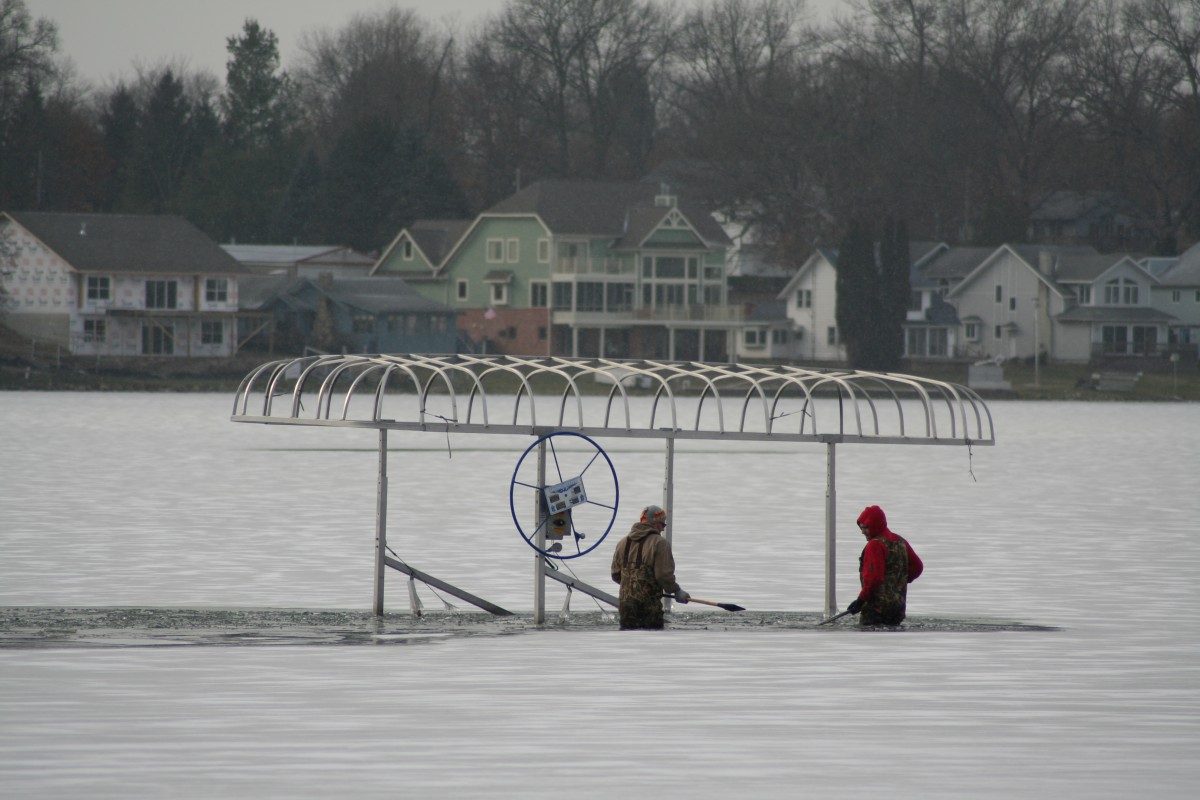 B.J. Lyons and Brad Poling create a passageway through the ice to shore

This year, the lake froze with several boat lifts and docks still in the lake.  With the freeze looking like it’s here to stay for the winter, efforts were made to remove valuable items before it’s impossible to pull them out.  Today B.J. Lyons along with Brad Poling from Eagle Point Marine chopped a channel in the ice to the Vanderembse lift so it could be floated in.  B.J. and Brad used axes to make there way out to create the passageway.  According to B.J. “you could stand on the ice but if you jumped on it, the ice gave some without breaking through, and felt a bit like a trampoline.”  And how difficult was the job?  “A lot easier when there’s no ice!,” says B. J. 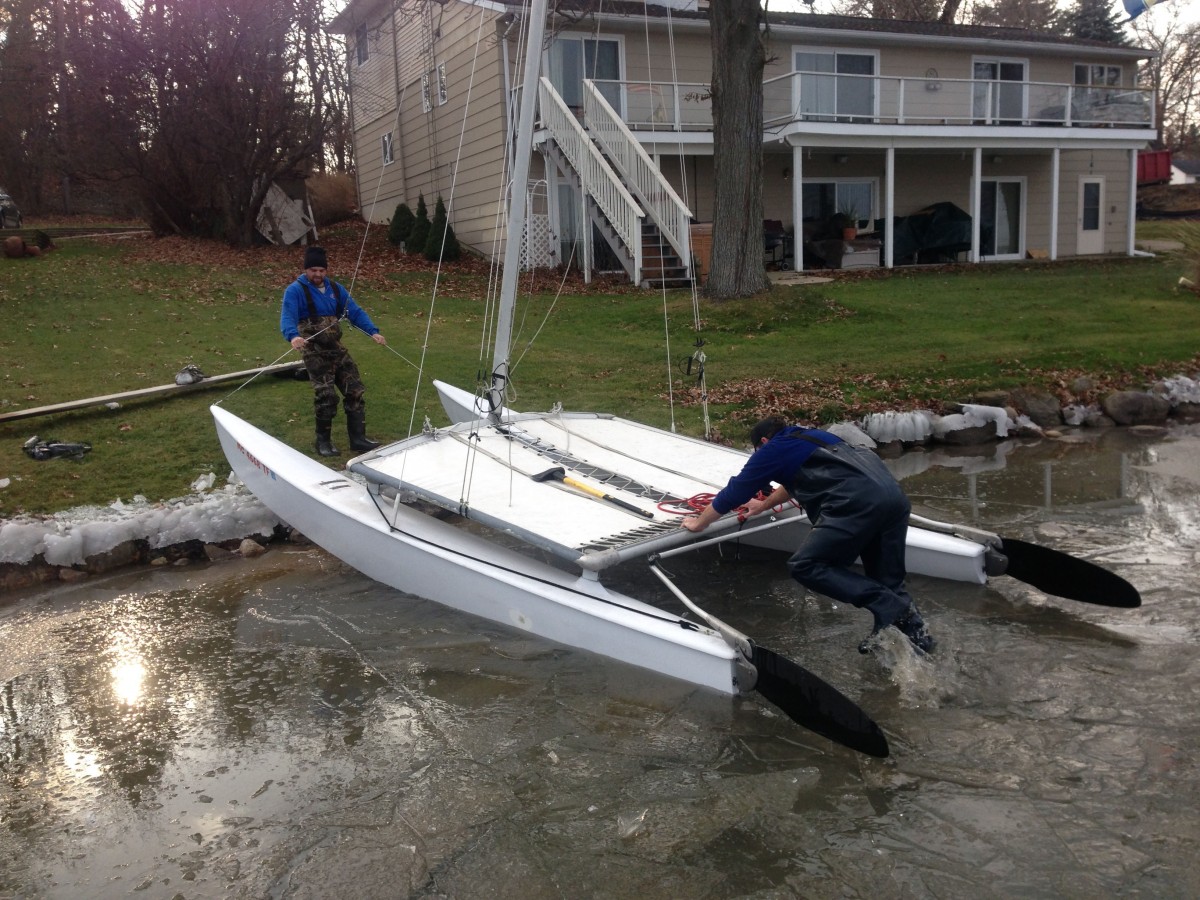 About an inch of ice formed overnight from Saturday to Sunday.  Early morning risers were greeted with clear ice–as there was no wind as the ice began to form overnight. But seeing the bottom will probably not be possible with the view obscured by a layer of snow that slowly fell Sunday afternoon.

Wednesday evening into Thanksgiving morning the lake also froze.  But with rain that came later along with temperatures approaching 60 degrees, the lake once again opened.  Given the current forecast, this current freeze could remain until the spring thaw.