Three ice boats, based in Pierces Bay, are bringing energy to Clark Lake this season.  Michael McCarthy took his new boat on a maiden voyage Wednesday.  But conditions weren’t favorable.  Not enough wind is a problem not only for sailors during the summer, but for ice boats in the winter.  As any sailor will tell you, Clark Lake creates pockets of wind that vary in both velocity and direction.  Yesterday (Thursday) plenty of wind generated fast-paced action.  Michael was joined earlier in the day by Phil Schindler, and later in the afternoon, by BJ Lyons.

Both BJ and Phil have DN ice boats.  The designation stands for Detroit News. The class reaches back to the winter of 1936-37, and it’s no stranger to Clark Lake.  More on that below the video.  Michael’s boat class is Arrow.  Finding this boat was not easy.  “It’s quite rare,” says Michael.  So he was enthusiastic to purchase it, and bring it to Clark Lake.  Unlike the DN, the Arrow can seat two.  And you’ll see Michael and BJ put it to the test in the video’s final clip.  Be sure to wait for the finish.  Take a clue on what’s ahead from this photo that was taken just after their ride together.  Notice the snow that Michael is wearing.  (Scroll down for the video) 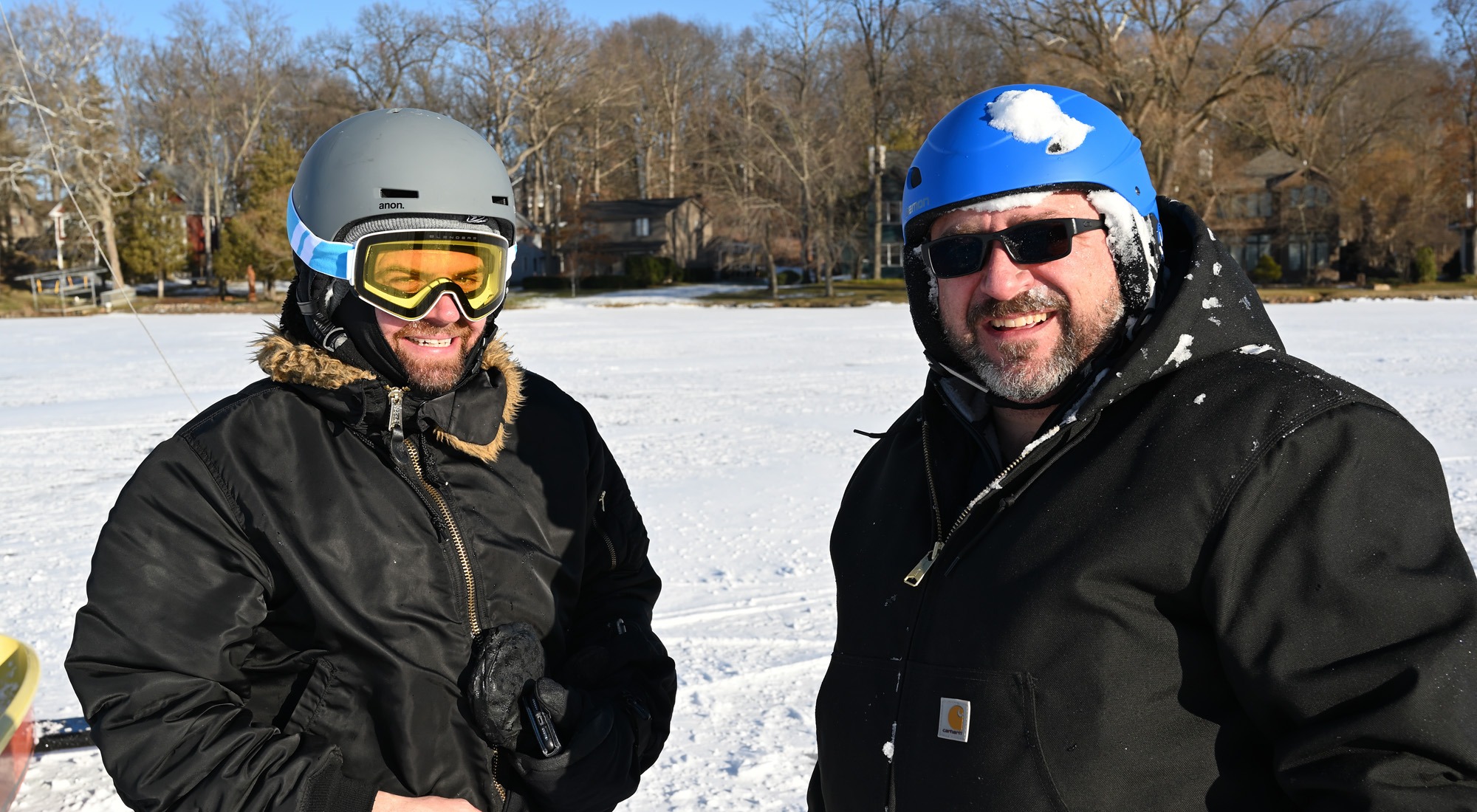 Michael is not the first in his family to enjoy ice boating.  In this photo are his great grandparents, probably in the 1940s, on Lake Erie. 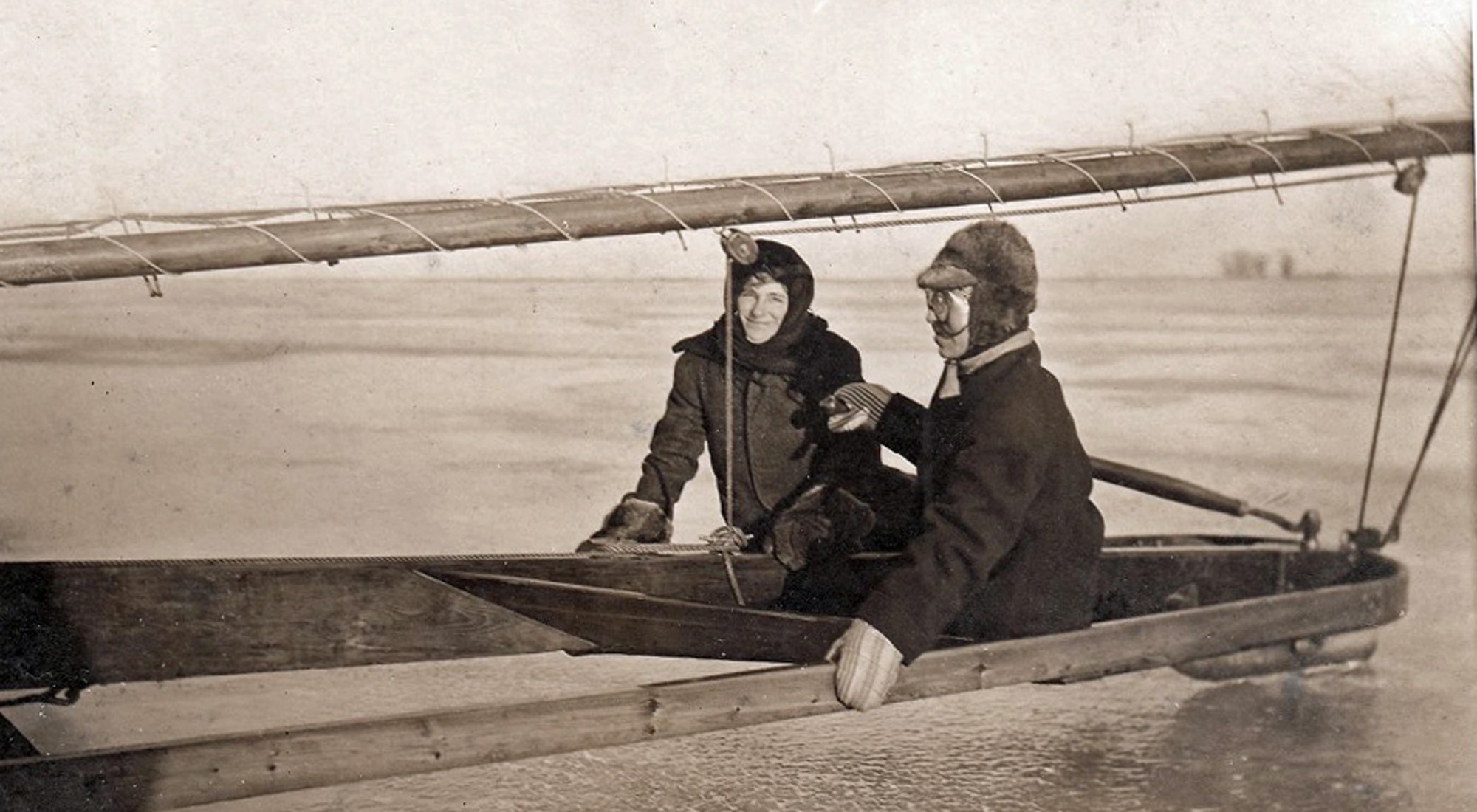 The DN class is popular.  Neil Robb from the Clark Lake Yacht Club notes “We used to have many DN ice boats in the area and would meet when the ice conditions were good.” 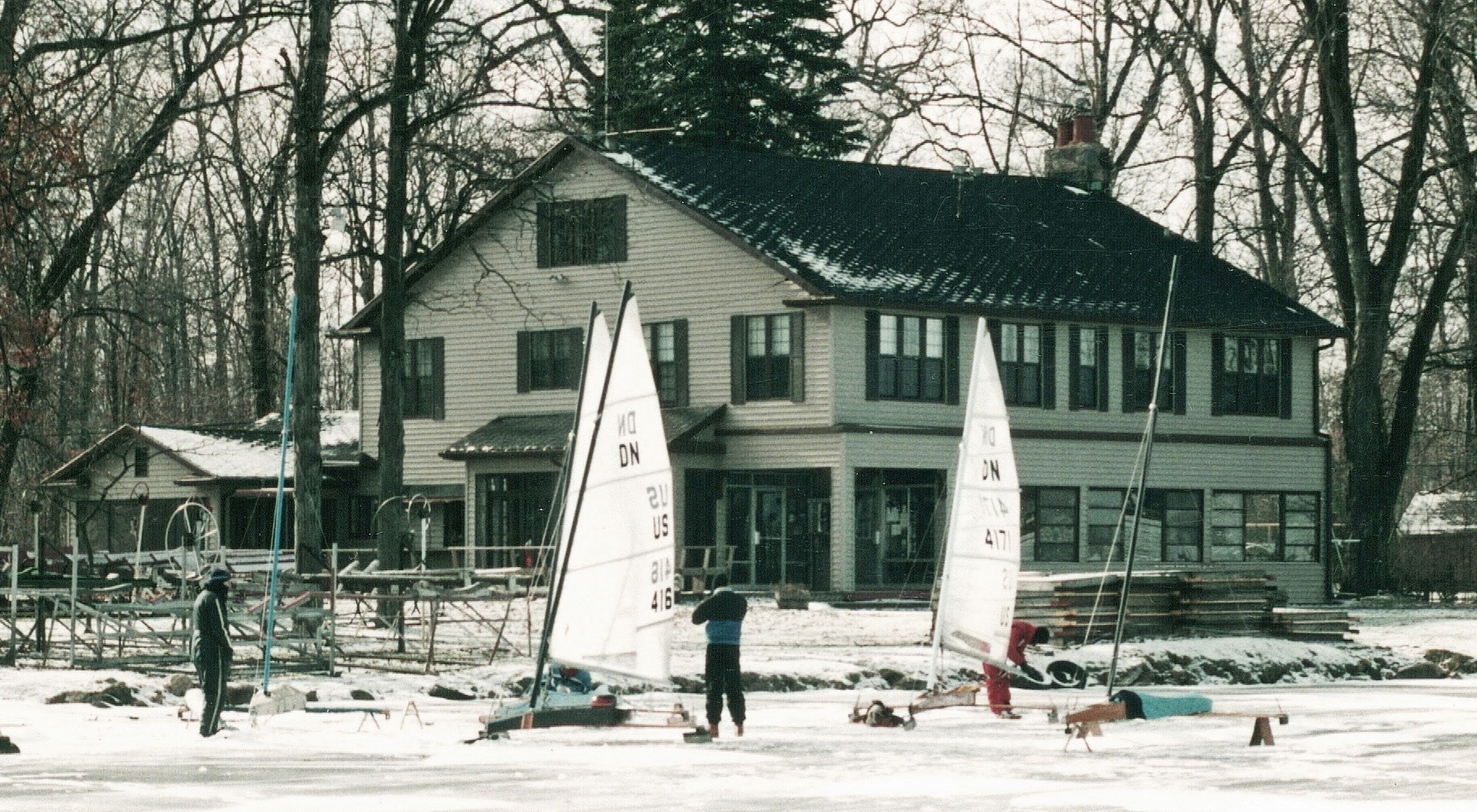 The photo below shows Neil and his son, Eric, out on the ice. 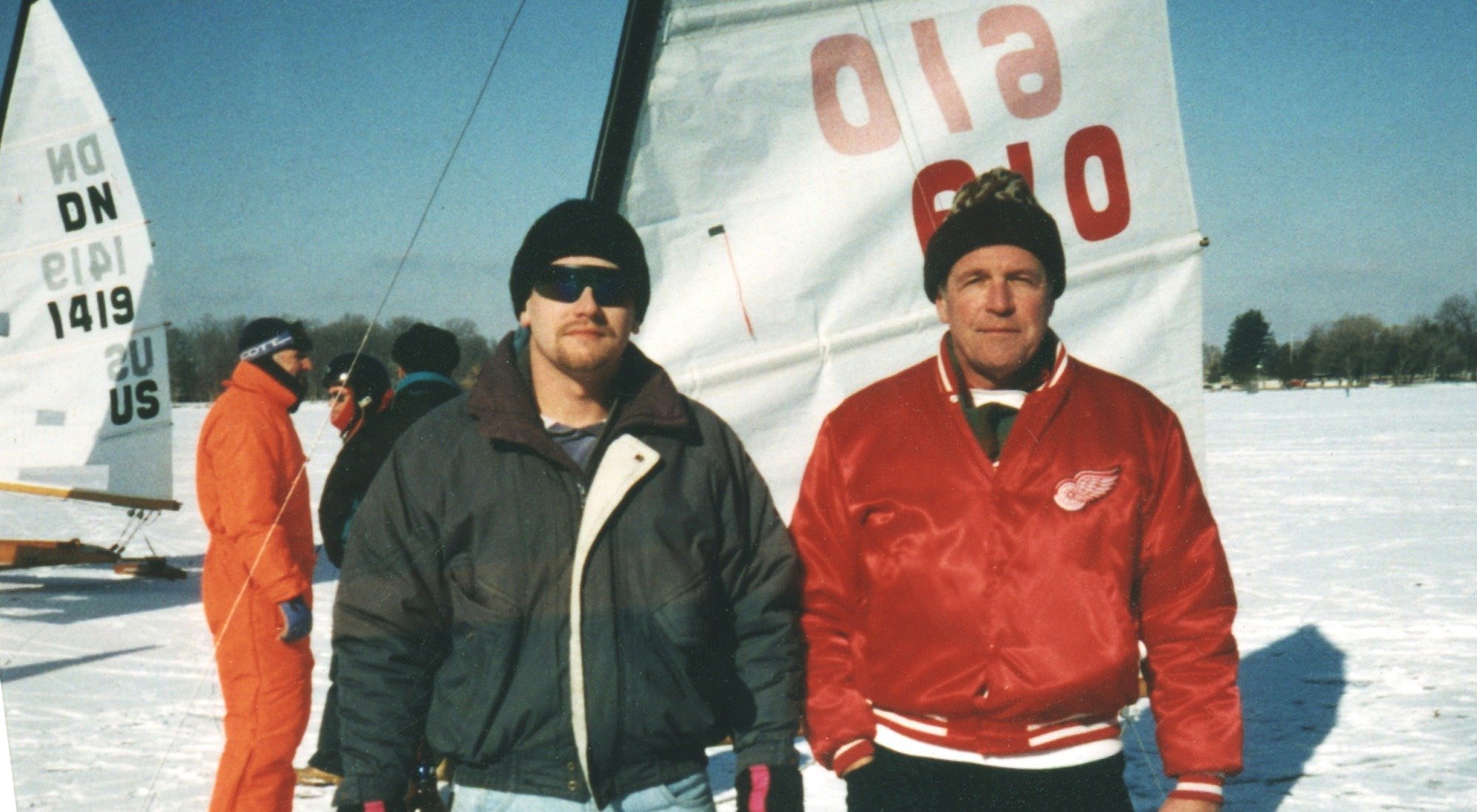