A trip down Hayes Drive delivered a surprise.  On the lawn in front of the Clark Lake Golf Course building is a for sale sign, which apparently went up yesterday.  The sign describes the property as a 27 hole golf course and driving range, restaurant and banquet facility.  The sign adds “additional 130 acres undeveloped land available.” 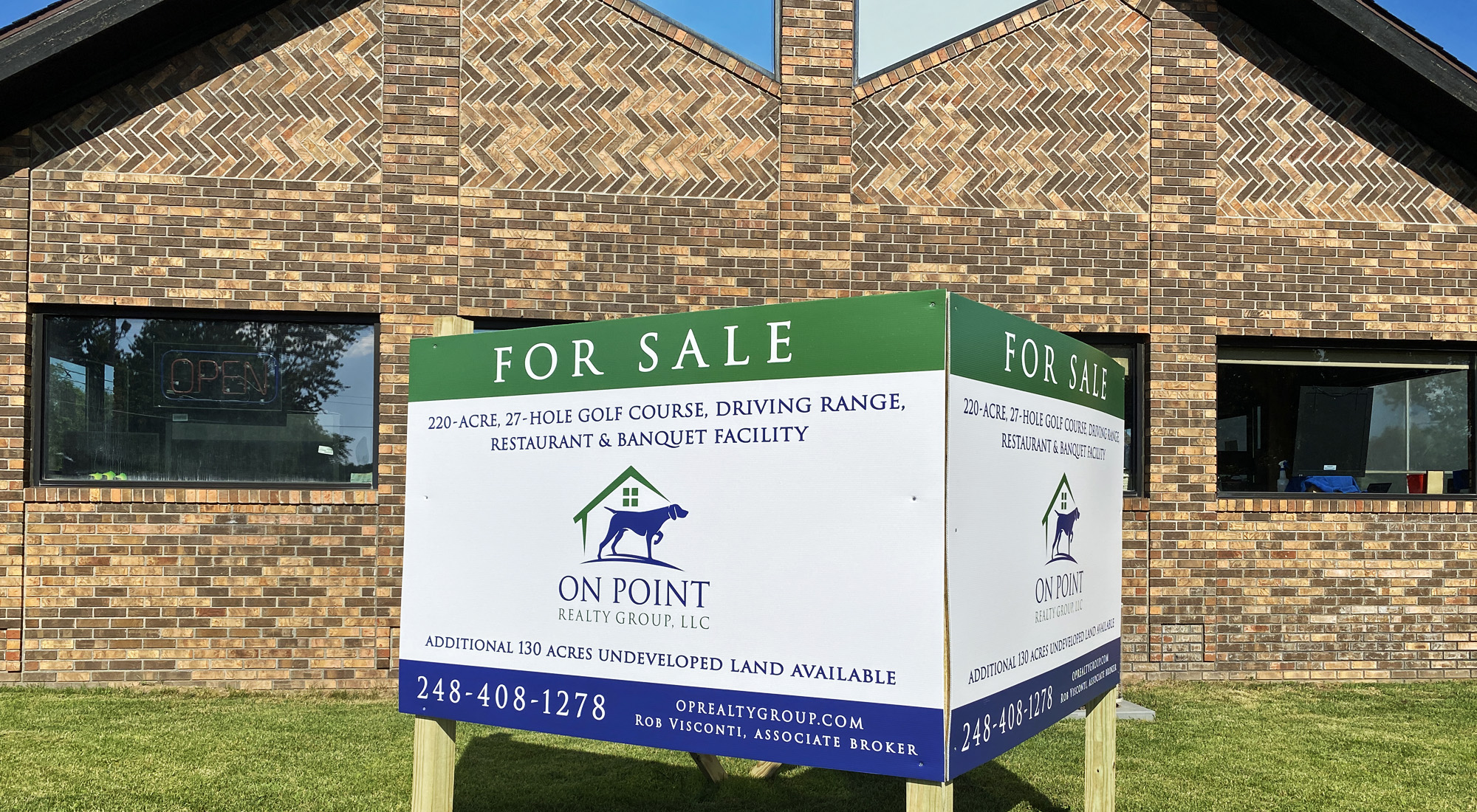 The course was established in 1924 on 40 acres of land.  Frank Forgione, a caterer in the Detroit area, became interested in the property.  He and his family purchased the course in 1969 from Hal and Annette Willington. In the 1970s, more land expanded the course’s footprint.  In August 1991, the old clubhouse burned, and in 1992, the new structure replaced it.

Frank Forgione died in 2008.  At that time, his son, Domenick, took over.  Today, the restaurant bears his name.