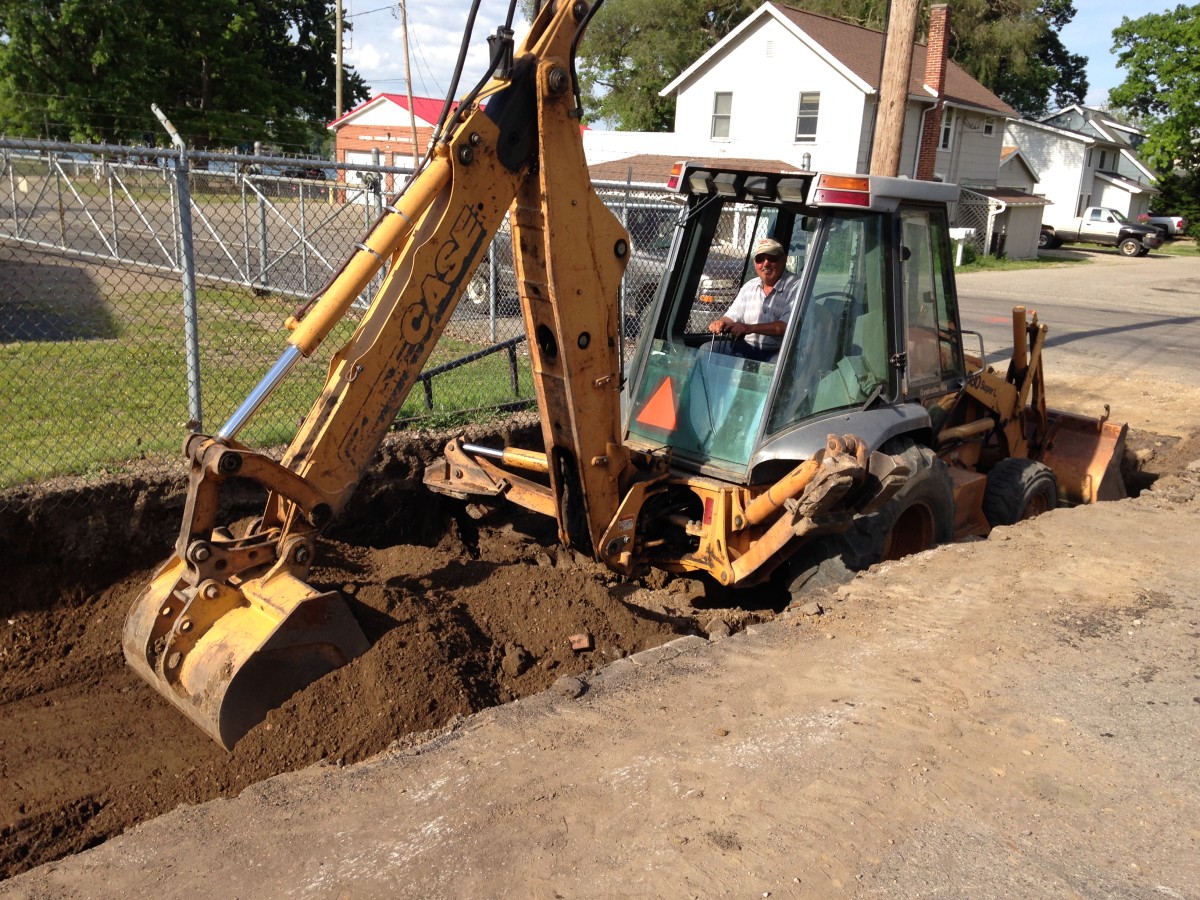 Early Friday evening found Bill Bendele behind the controls of an earth mover working on Spirit Trail repairs at the head of the lake.  As previously reported on this website, the pavement was in very rough shape on the section of the Trail running from the south end of the Cincinnati Northern Railroad bed east to Hyde Road.  As repairs began, the digging uncovered a primary reason for the deterioration–lack of proper drainage.  Put that together with repeated freezing and thawing and vehicle traffic to the rear of the Post Office and you had the recipe for an issue that would not find a cure without getting to the bottom of the problem.  Some drains have already been installed, but there is still more to be done.

This evening (Friday), work was continuing on the section between the front of the Post Office and Hyde Road.  Bill Bendele, whose company is working on the project, reported that he found plenty of ground water–good reason for the installation of the drains. He described the repair process as “excavating the dirt, laying down processed gravel, installing the drains, and adding another layer of processed gravel.  Eventually the repaired areas will be finished with concrete.

An update from Saturday morning: 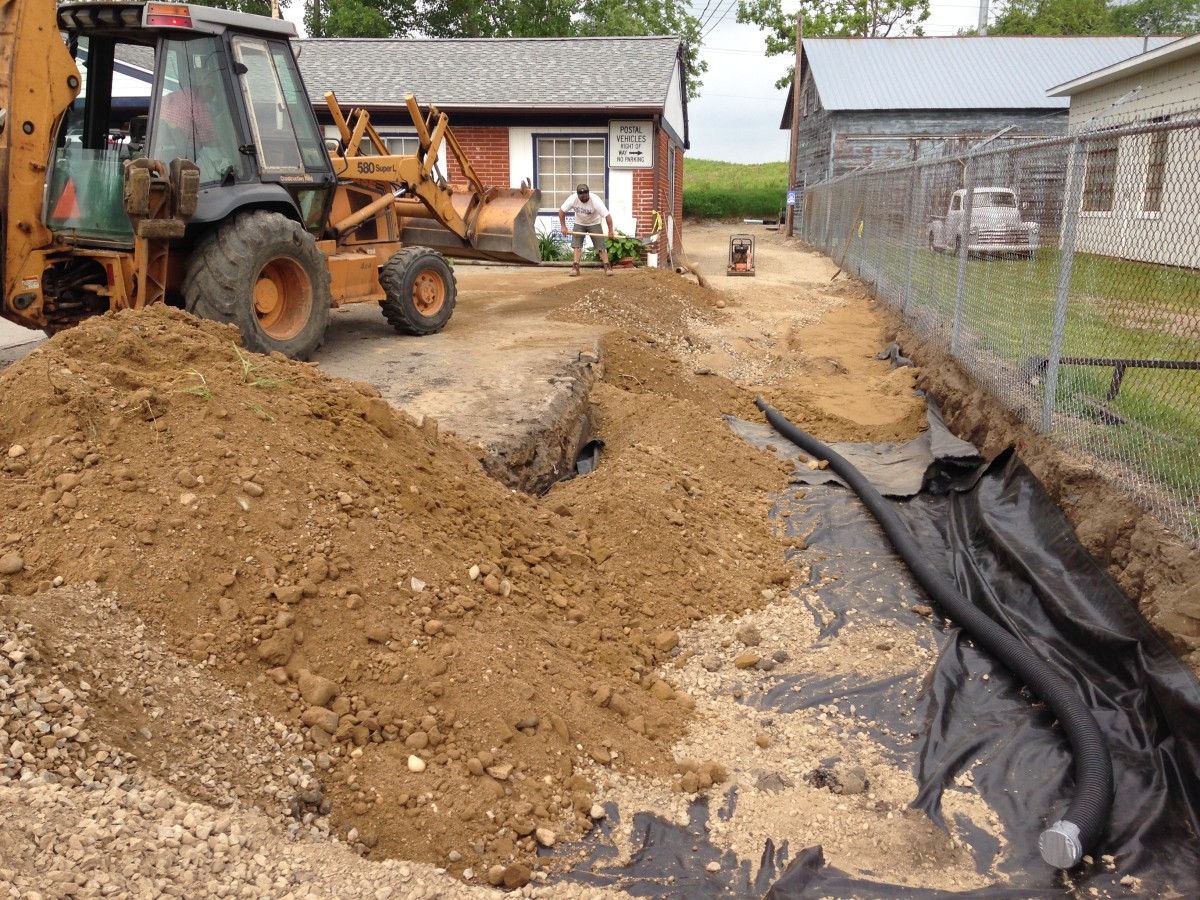