This year’s Ford Field party in South Woodlands drew a large group of friends and neighbors.  Along with the good times came donations from those attending. As a result, the Clark Lake Spirit Trail received a cash contribution of $1600.

Who was at this sixth annual event?  Check out the slide show below for some of the smiling faces.

The hosts of the party were Kent and Marcia Ford, and Candy and Andy Willbee (below). 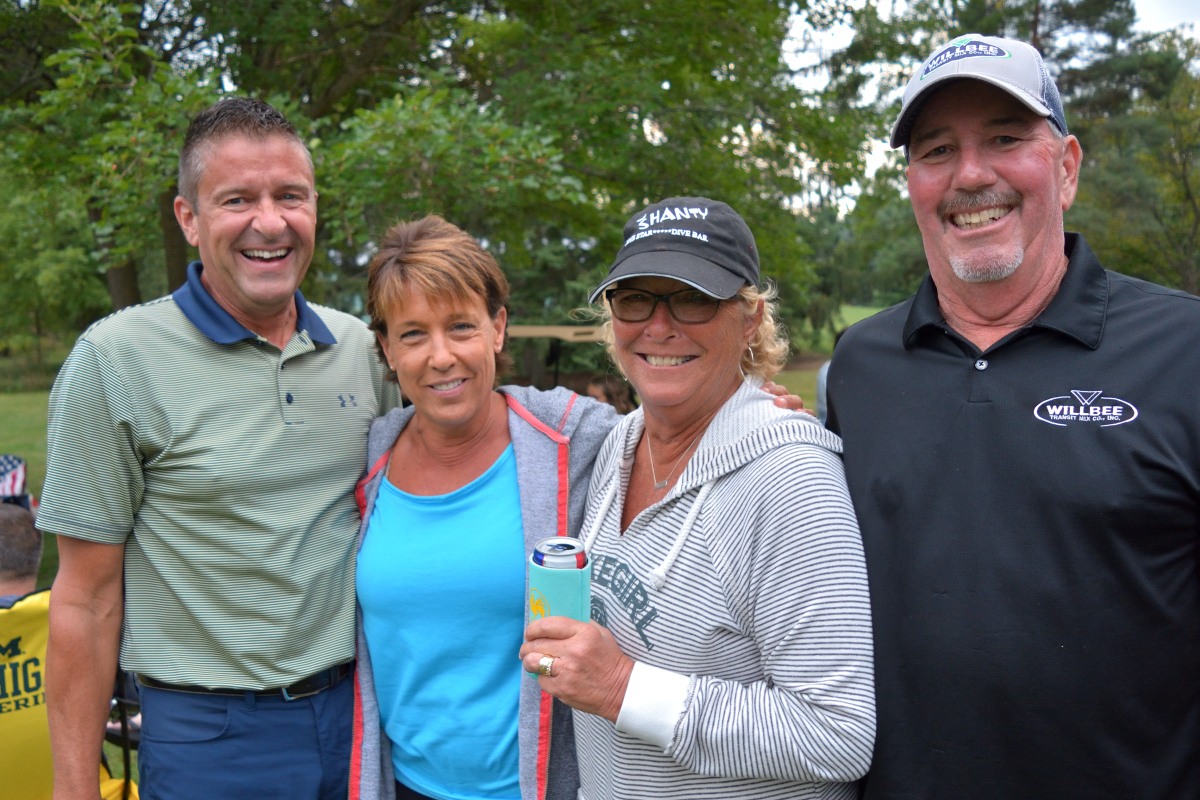 Major donors included John and Kim Miller.  Contributions were also made by Walt and Jean Shuberg, Kevin and Lucia Thomson, and BJ Lyons. A good party always has some tempting treats, and there were plenty of good things to eat.  Rob Thomas donated the meat; and Miles and Brenda Jones, the dessert.