This summer Clark Lake has been treated to some of the most amazing sunsets ever.  They have been noted for their intricacies, complex but wild design, combinations of geometric shapes and colors ranging from gold to purple to pink to red to orange to blue, and bringing to mind everything from diamonds to molten lava.  Some sunsets rapidly changed character over only a few minutes.  And it would be hard to decide which moment trumped another.

Tonight’s (Thursday) sunset differentiated itself for its simplicity.  After a breezy, sunny day without the humidity, skies were mostly clear at sunset. As the sun left us, it showed us a powerful strong red-orange mix.  That set against the waves of Clark Lake, created another memorable sight–unique, just like all of them. 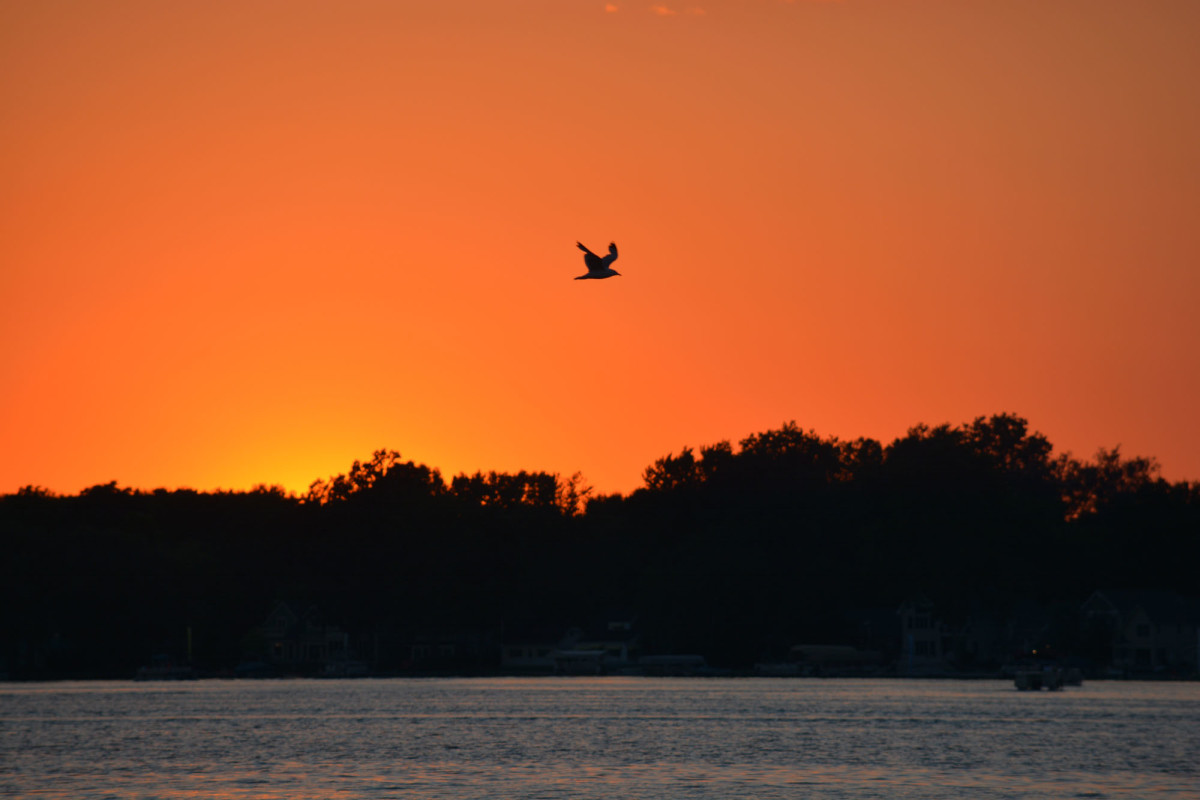 On Tuesday evening attention at Clark Lake turned to the west end where a hot air balloon met the waters of Clark Lake, it’s basket almost touching the waves. On the Clark Lake Spirit Facebook page were comments posted by those who saw it at Lake Columbia and Somerset Lake.  But it was at Clark Lake where it made the greatest impression. Rob Thomas captured the event from the north shore looking south.  Tonight, here’s another view.  This photo is from Stacy Harrison who watched the balloon from the south shore along S. Woodland, looking north. 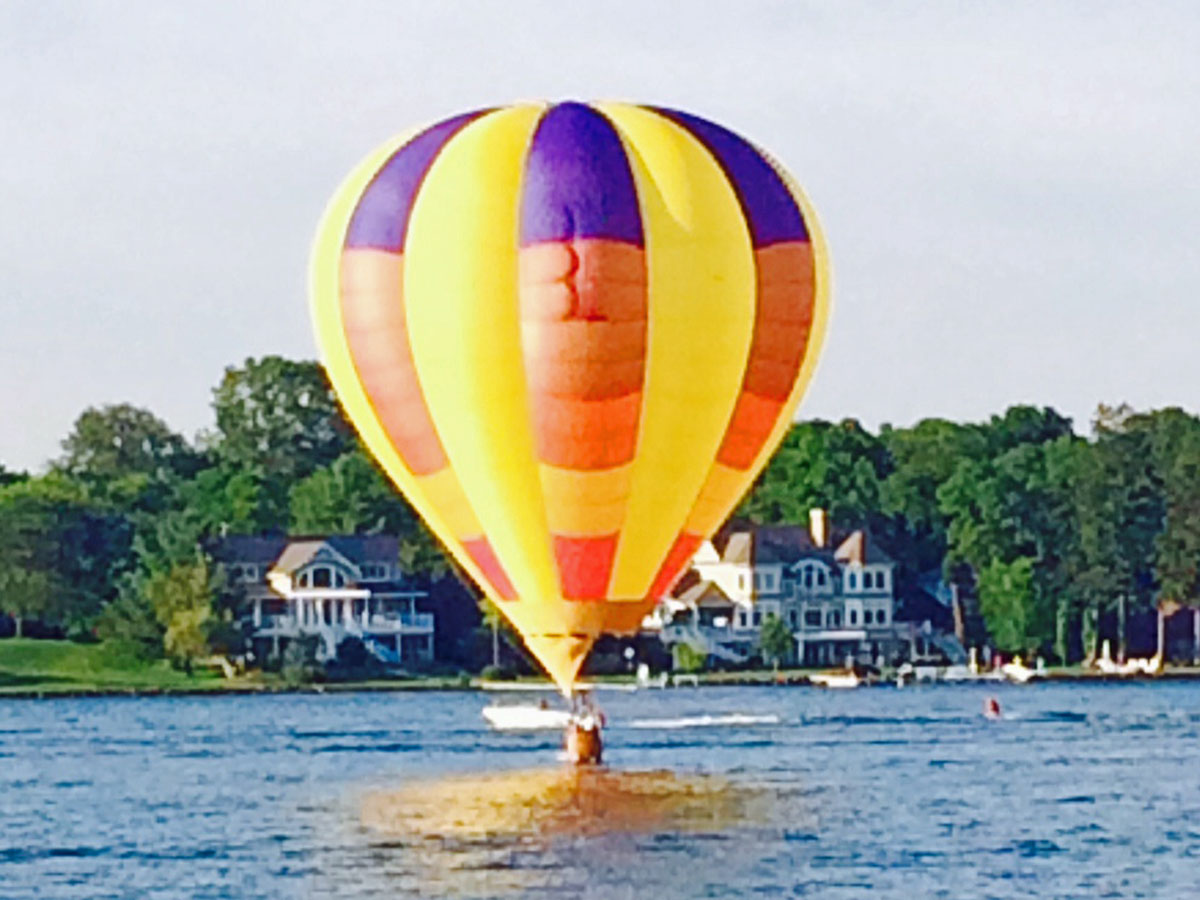 And from Rob Thomas, looking from north to south, on Tuesday evening. 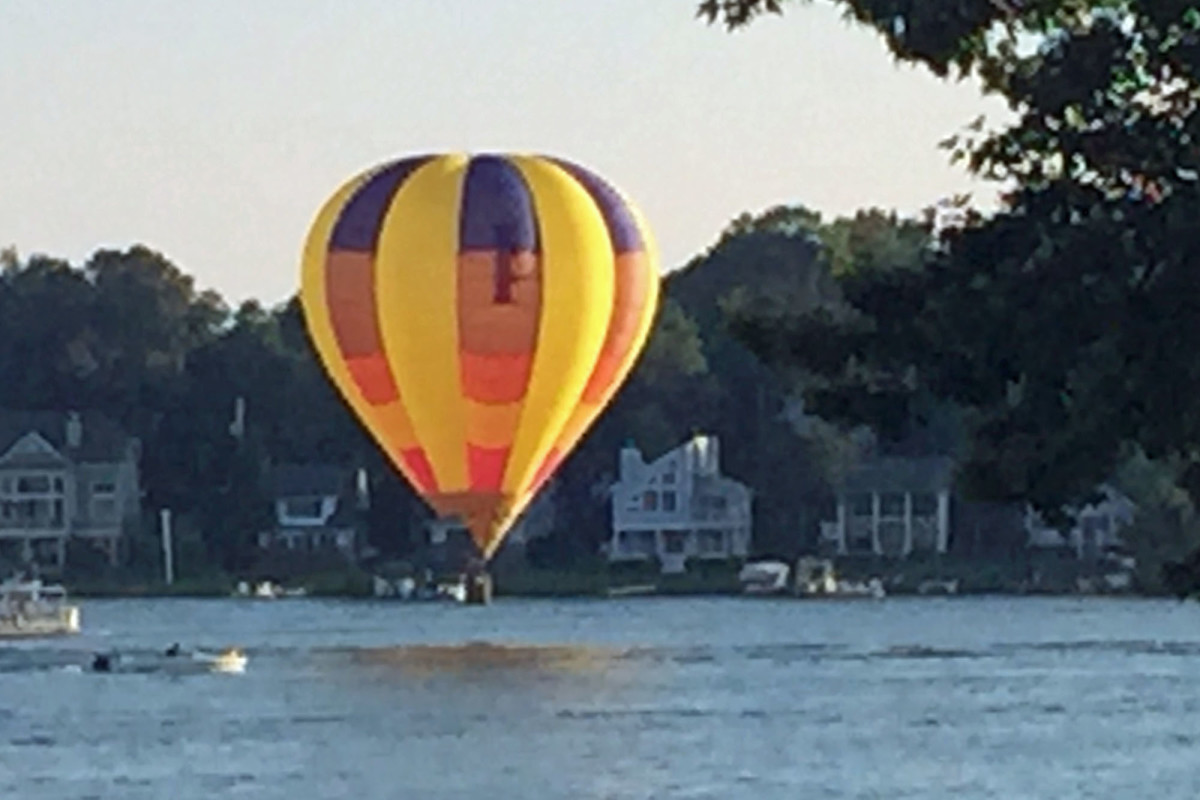