Most days American flags fly around the lake.  For patriotic holidays, there are more.  That’s mostly the work of the Kiwanis who place them before the holiday and collect them afterwards. The flags appear for Memorial Day, Flag Day, Fourth of July, Labor Day through September 11, Voting Day, and Veterans Day. 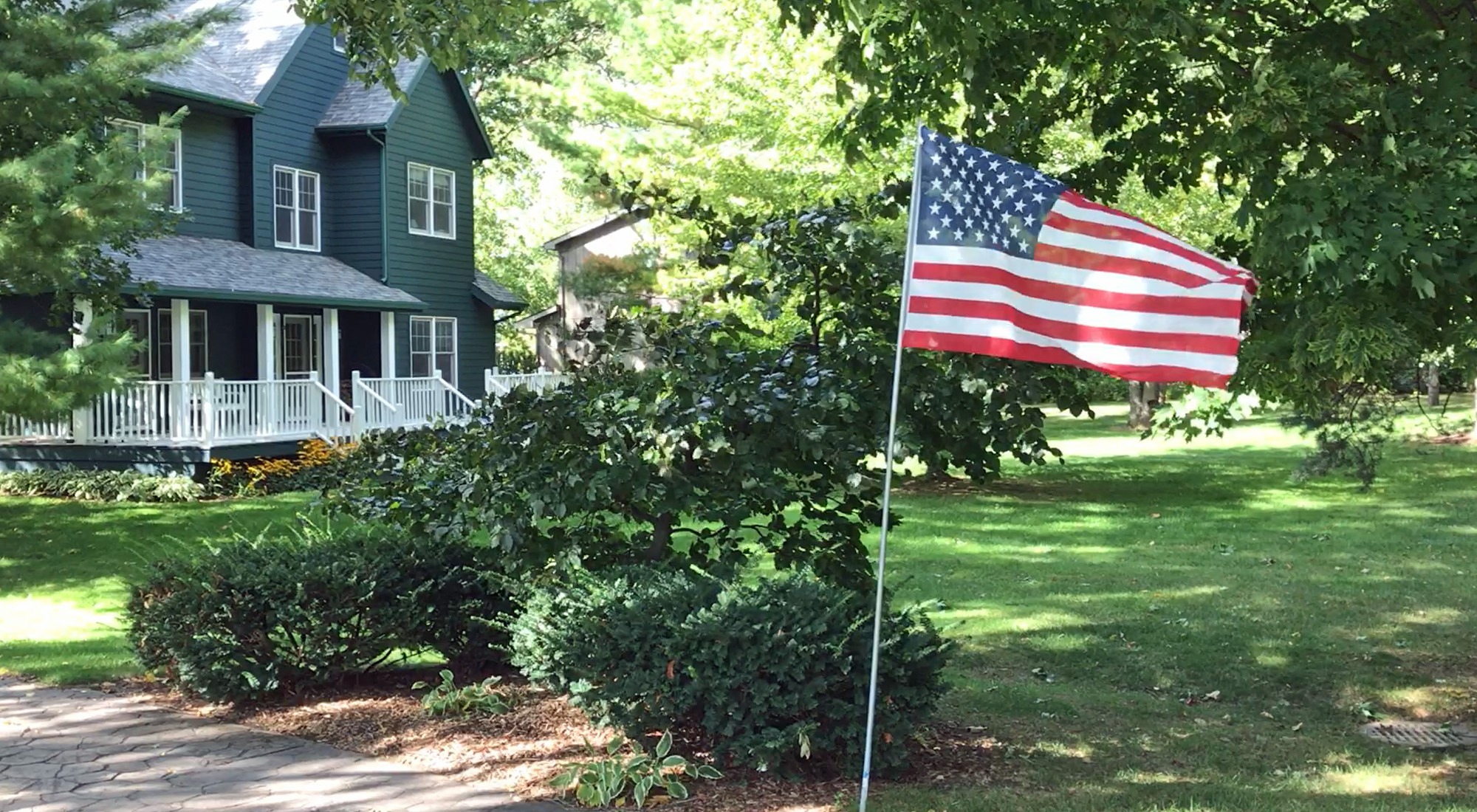 In the past, the Jackson Kiwanis Club served Clark Lake.  Now that territory is being assumed by the Brooklyn chapter.  Two of Clark Lake’s own are helping to organize this service to the community.  Feel free to contact Linda Reynolds at (517) 745-2466 or Frank Hones at (517) 414-0068.  The $40 subscription fee goes back into the program and is donated to the Club’s local children’s programs—Girl Scouts, Boy Scouts, Columbia Robotics, and Columbia Athletics.  These kids help install and remove the flags under the supervision of the Kiwanians.

There are two ways to ensure you’re a part of this salute to America.

The flags are made in the USA and bought locally. When you subscribe, an in-ground flag mount will be installed for easy delivery and posting. Once the holiday is over, Kiwanis will retrieve the flag and pole, and store it until the next holiday. The flag and pole remain the property of Brooklyn Kiwanis, and subscriptions to this program are renewed on an annual basis.

Some thoughts about our flag.  The stripes represent the original 13 Colonies and the stars represent the 50 states of the Union. The colors of the flag are symbolic as well; red symbolizes hardiness and valor, white symbolizes purity and innocence, and blue represents vigilance, perseverance and justice. 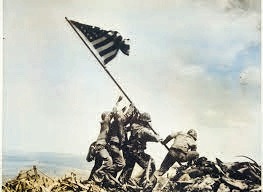 The flag is strongly identified with battles in which men and women risked all in defense of country.  The flag is most important when under attack.  Notice how the people of Ukraine rally around their flag as they defend against the monstrous Russian invasion. The same spirit has surely been evident time and again for the United States of America.  Whether the 25-hour bombardment of Fort McHenry in 1814, U.S. Marines conquering Iwo Jima under terrible fire during World War II, or the battle for independence on our own soil, is it not fitting to memorialize bravery, courage, and sacrifice?

Imagine the sight of flags flying as you drive around Clark Lake and witness the outpouring of support for our country and its heritage.

This video was recorded in recognition of Independence Day, 2019.