Fishing on Clark Lake in February?  Not unusual, but it’s normally done from a shanty on the ice.  Not so today (Sunday 2/28).  Ann Swain spotted a fishing boat in the open water around 5 pm and caught them in action.  No report if the fishermen caught anything. 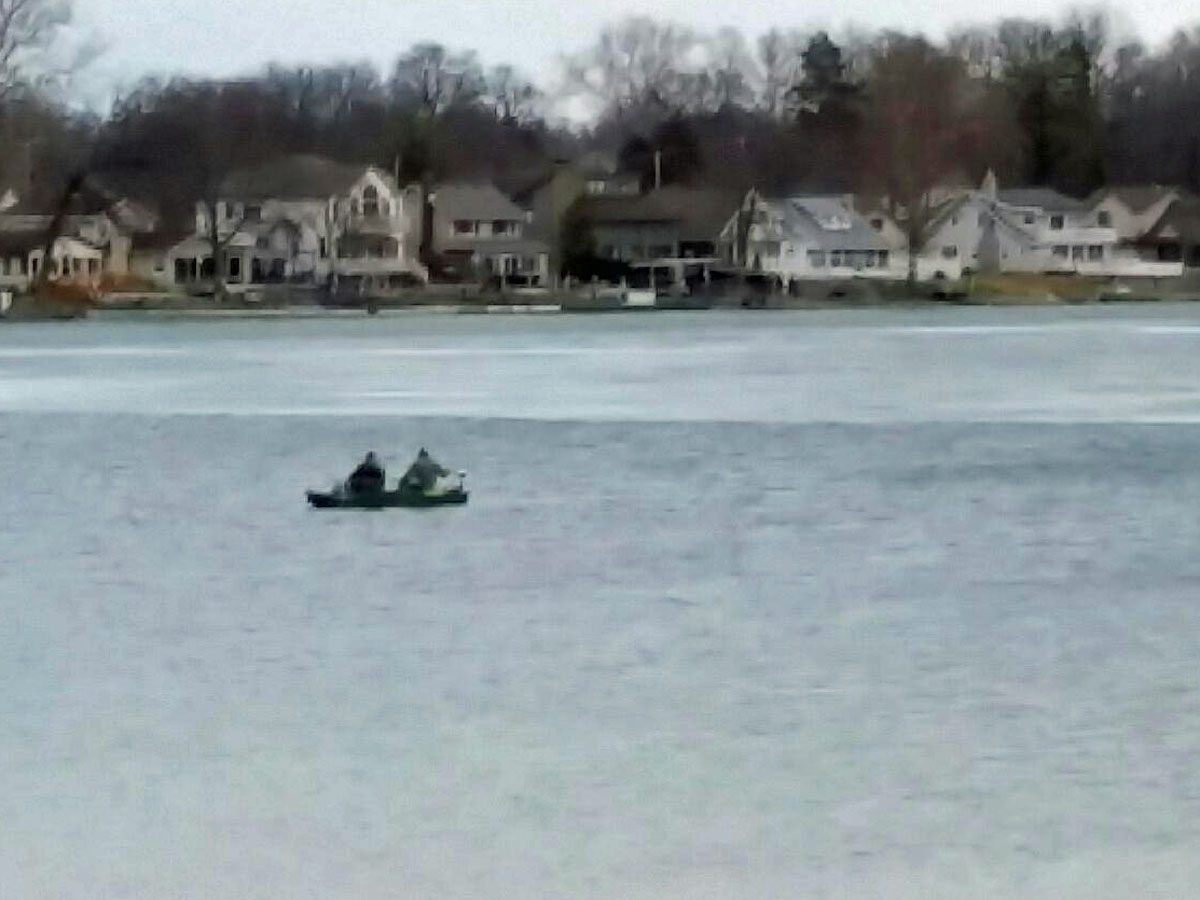 The clouds rolled in late this afternoon.  With the temperature hovering around 60, the ice is going fast.

Humans aren’t the only ones trying to snag a fish on Clark Lake.  Yesterday (Saturday 2/27), Jessica Tucker took these photos of an eagle making its attempt at landing dinner.  She said the eagle caught a fairly large fish, but dropped it. 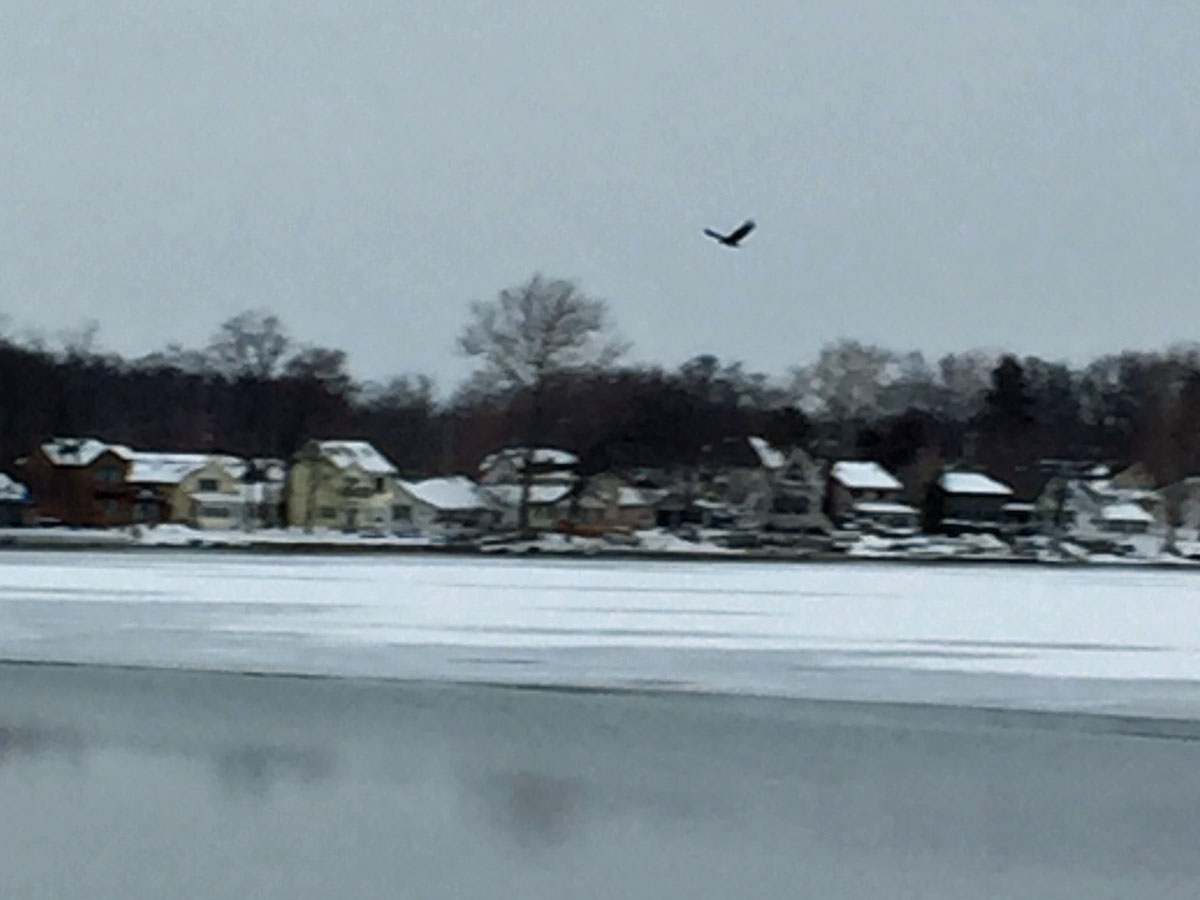 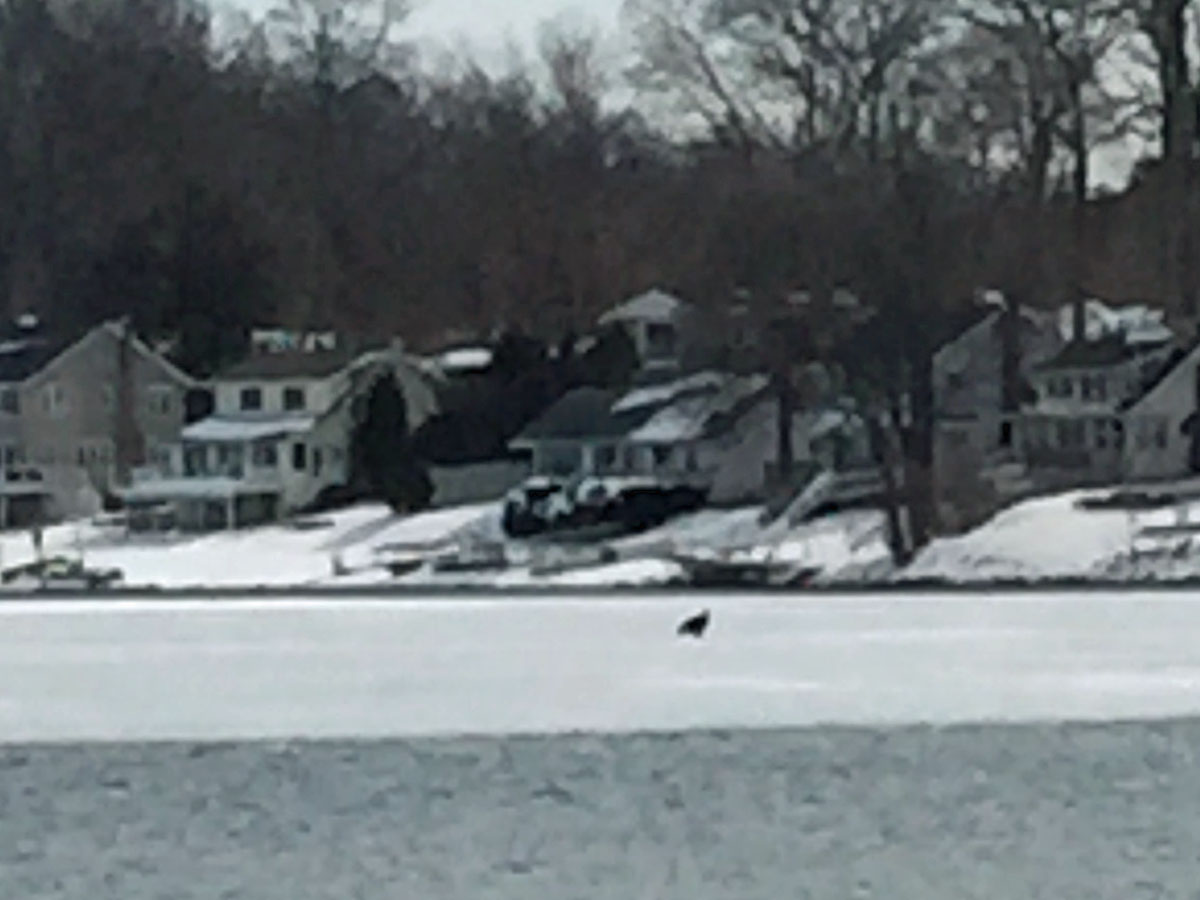 Meanwhile, in celebration of a friend’s birthday, Dan Omo, was the second boat to venture on the lake on this February Sunday (about 6 pm), not too far away from where the fishermen were earlier.  All of this was at the head-of-the-lake along the Hyde Road shoreline. 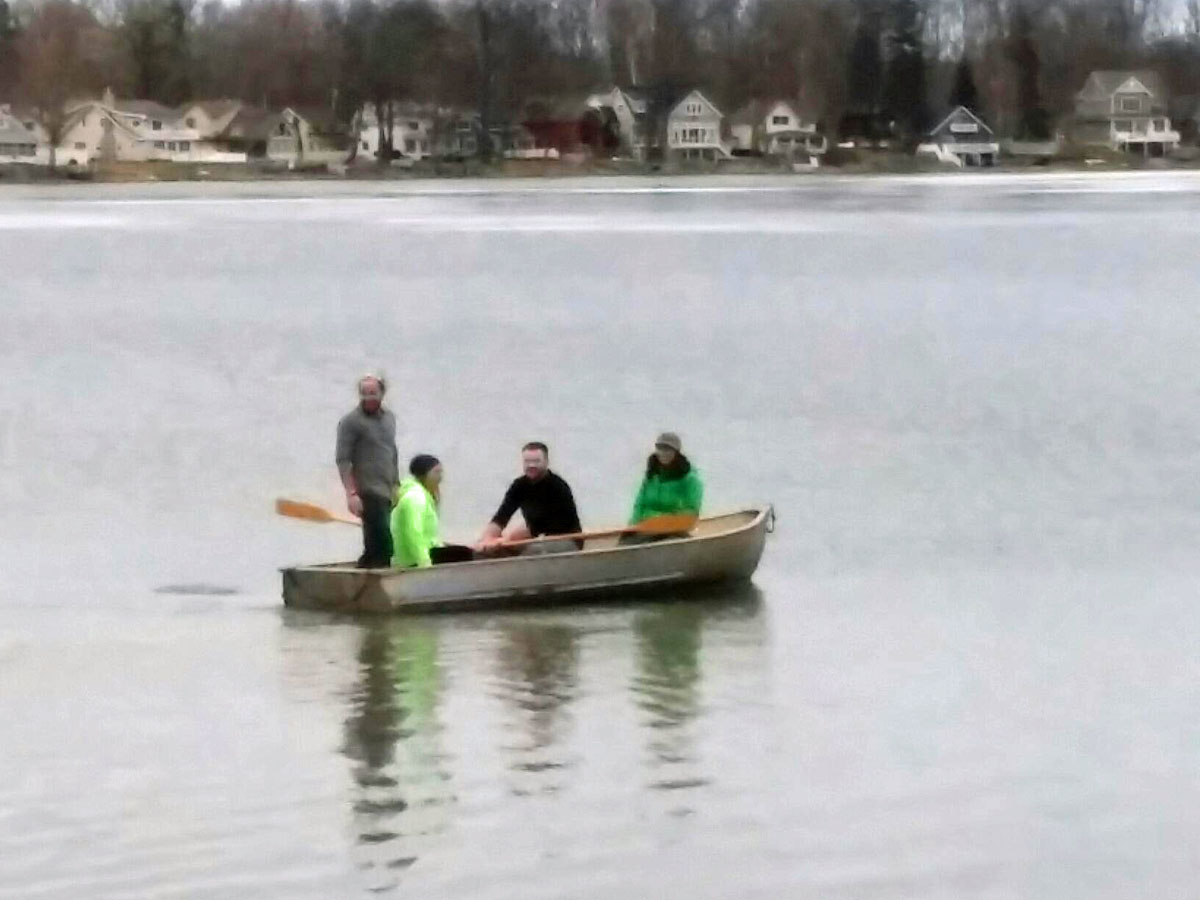