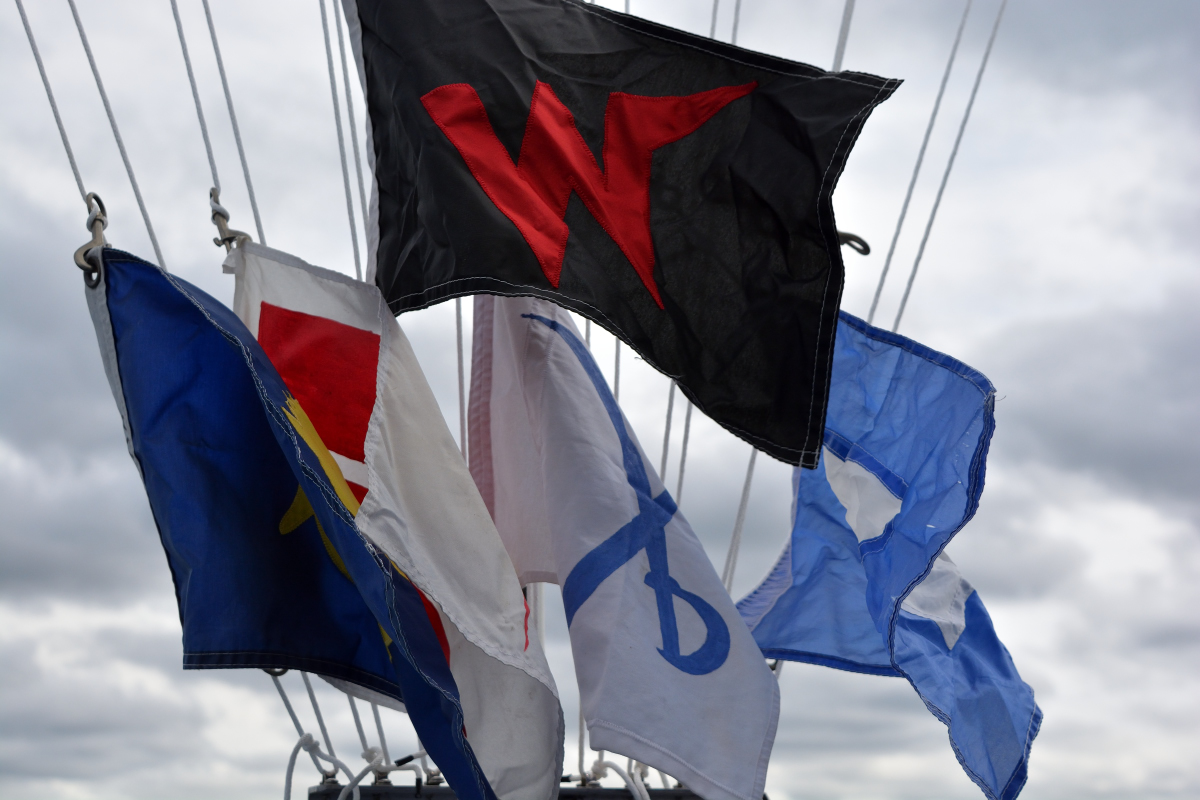 If you like things slightly to the chilly side, Sunday was a picture perfect fall day. There was plenty of sunshine and the right amount of wind for sailors competing in the annual Clark Lake Yacht Club Fall Regatta. Saturday was chilly, there was not much sun nor wind–and that added to the challenge. One race was called Saturday because of weather.  There would have been two races Sunday, but the first race was delayed because of lack of wind, and there was time for only one.

Nineteen boats participated in the three races. Among the competitors were Clark Lake’s own, those from other parts of Michigan, Florida, and two entries from Canada. The Florida guys thought it was cold!

How do you win the regatta?  In a regatta, there are several races. Where you finish is added together for your total score. Your tally is then ranked with others in your class.  As in golf, low score wins.  There are four classes of boats represented this year–Rebel, Buccaneer, Wayfarer, and Sunfish.

Before jumping into the standings, why not take 3 minutes to hear some things that may surprise you.  Competitors tell why they sail–what draws them into this sport and why sailing is a whole lot closer to their hearts than you might imagine.  It includes plenty of drone video of the Regatta on Clark Lake.

The formal name of the event is Tim Dowling Memorial Regatta.  Tim Dowling was a very popular chief race official in the nineties who died at the age of 58. His son, Scott Dowling sailed with Larry Schmida in the Regatta.  Both Scott and Larry appear in the video.

Here’s how the finishers placed in each class.  The first name listed is the skipper’s, and second, the crew, followed by sail number. 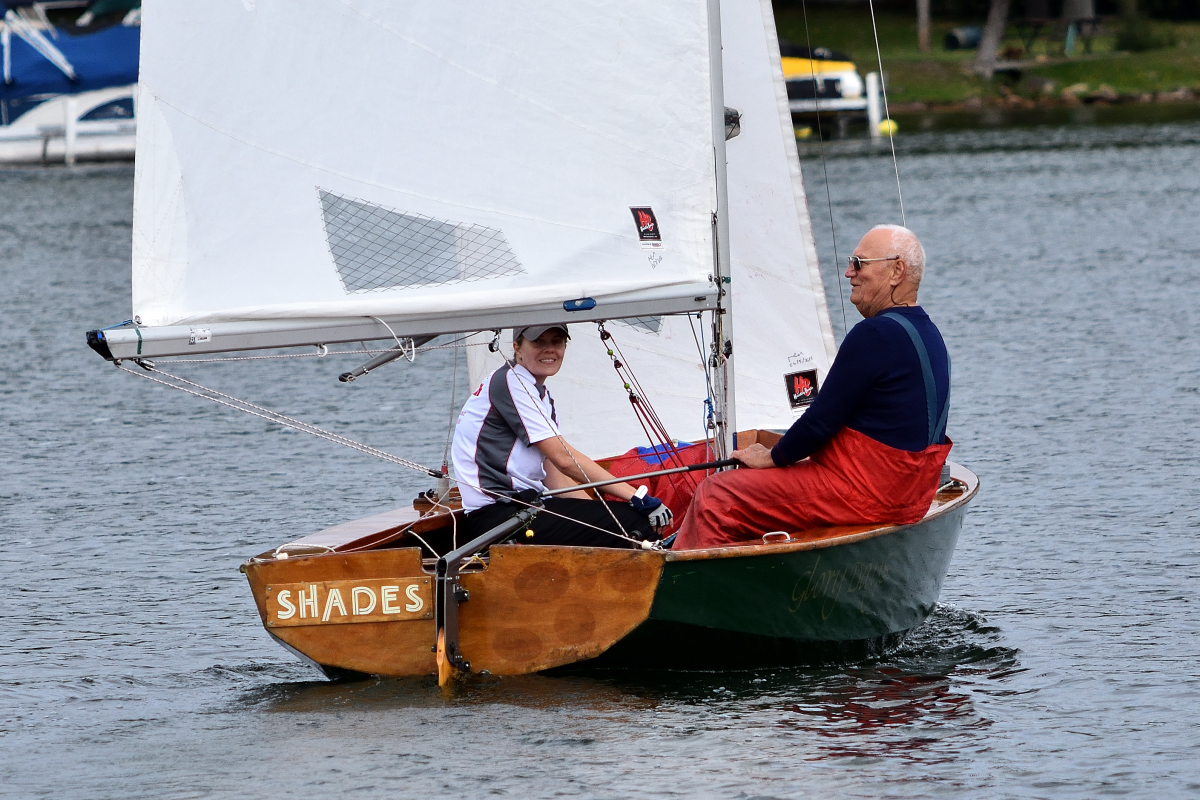 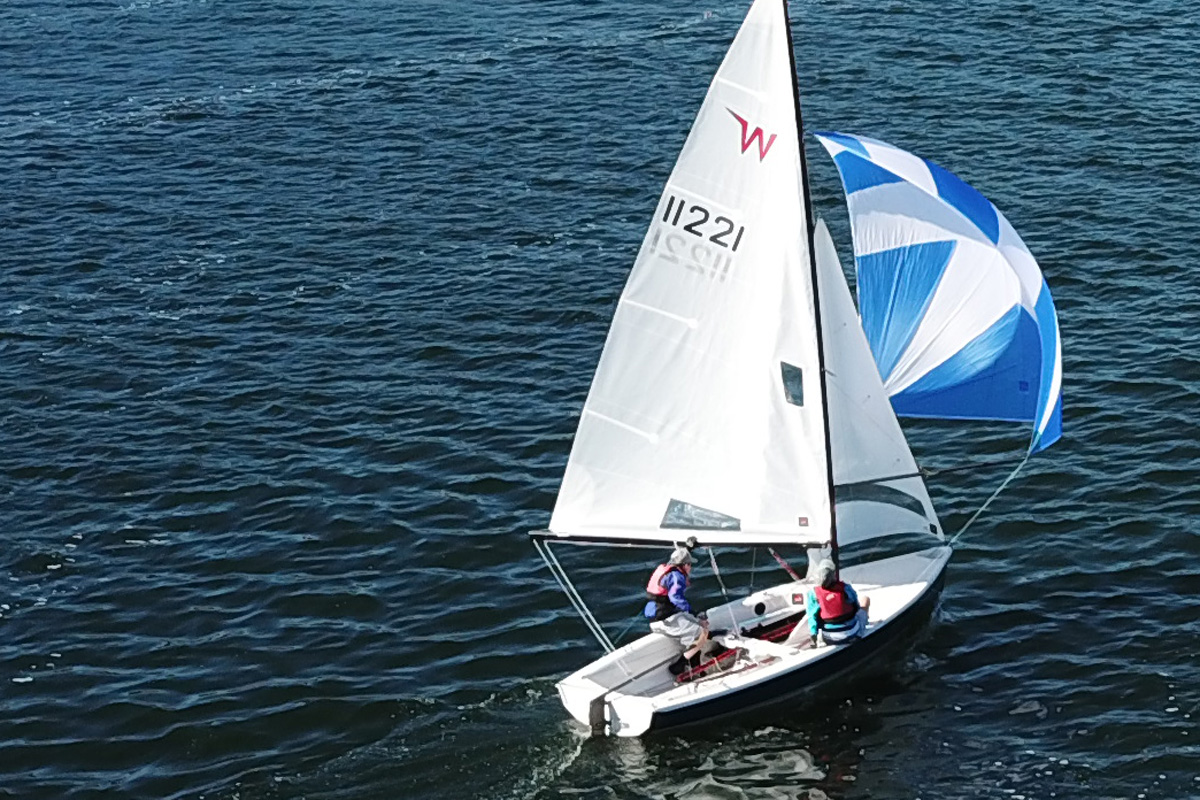 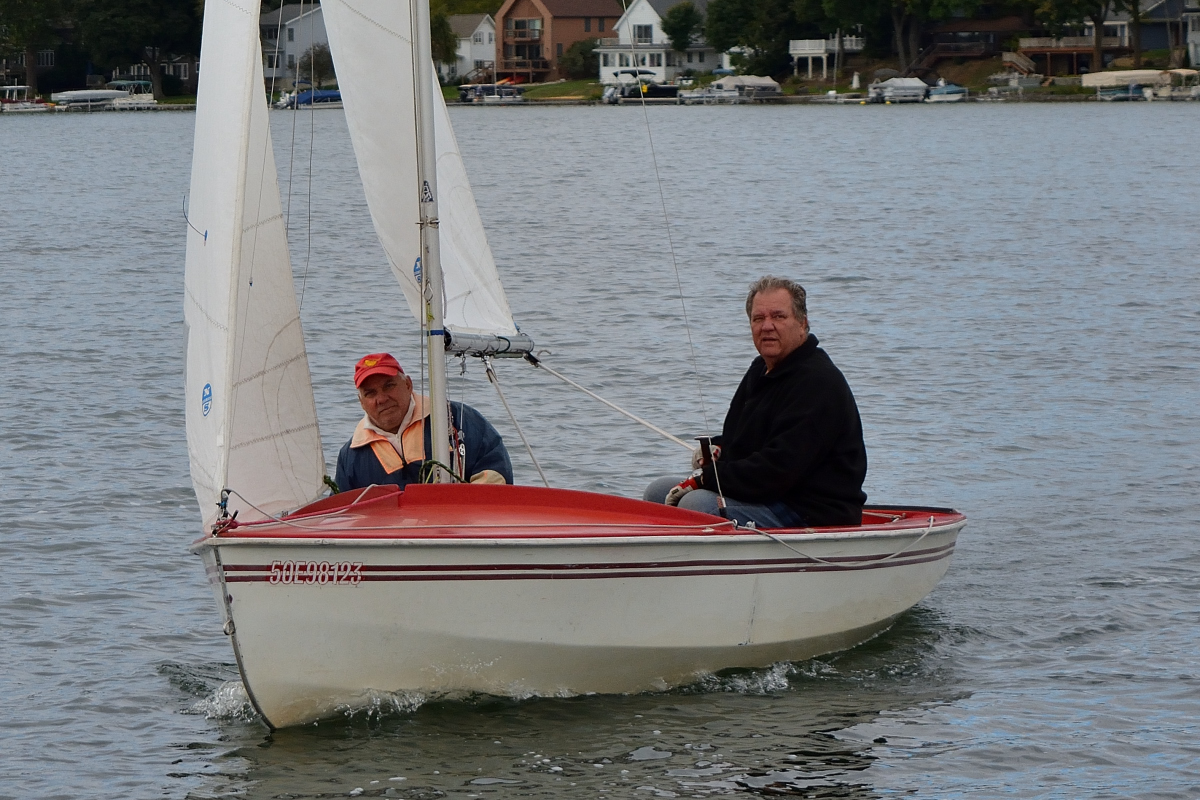 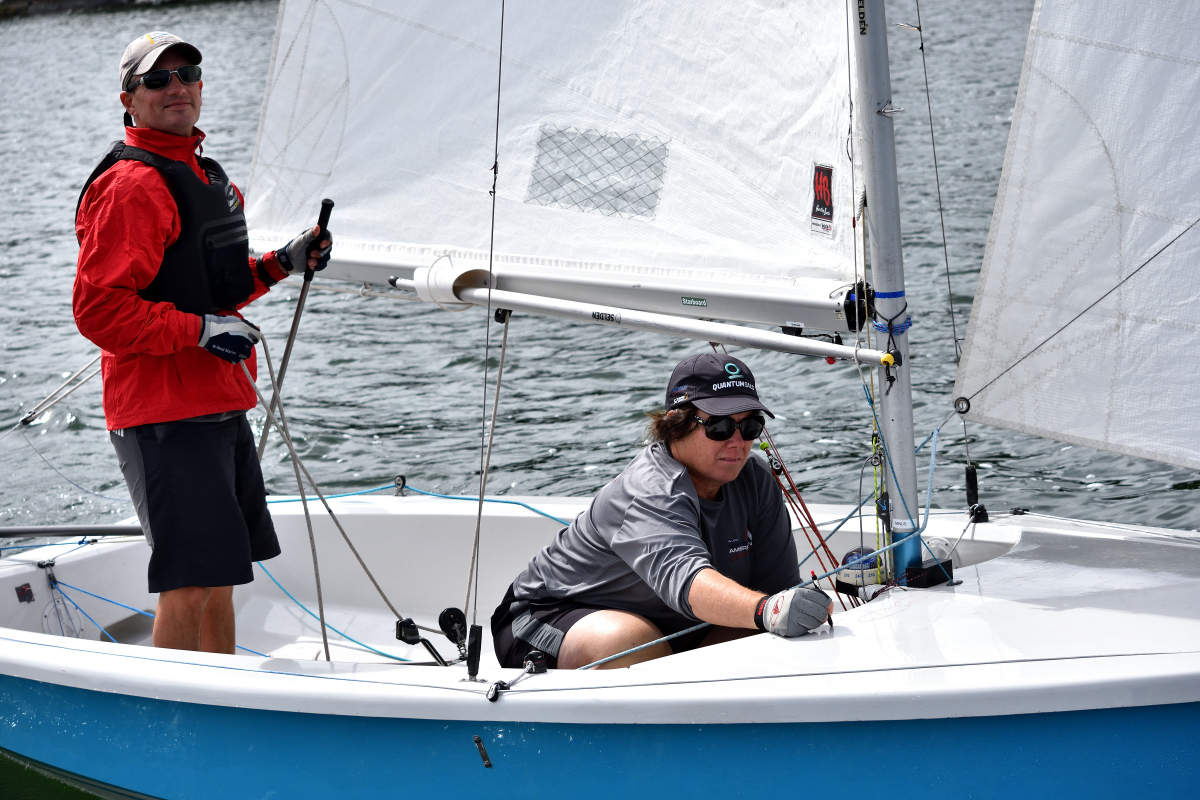 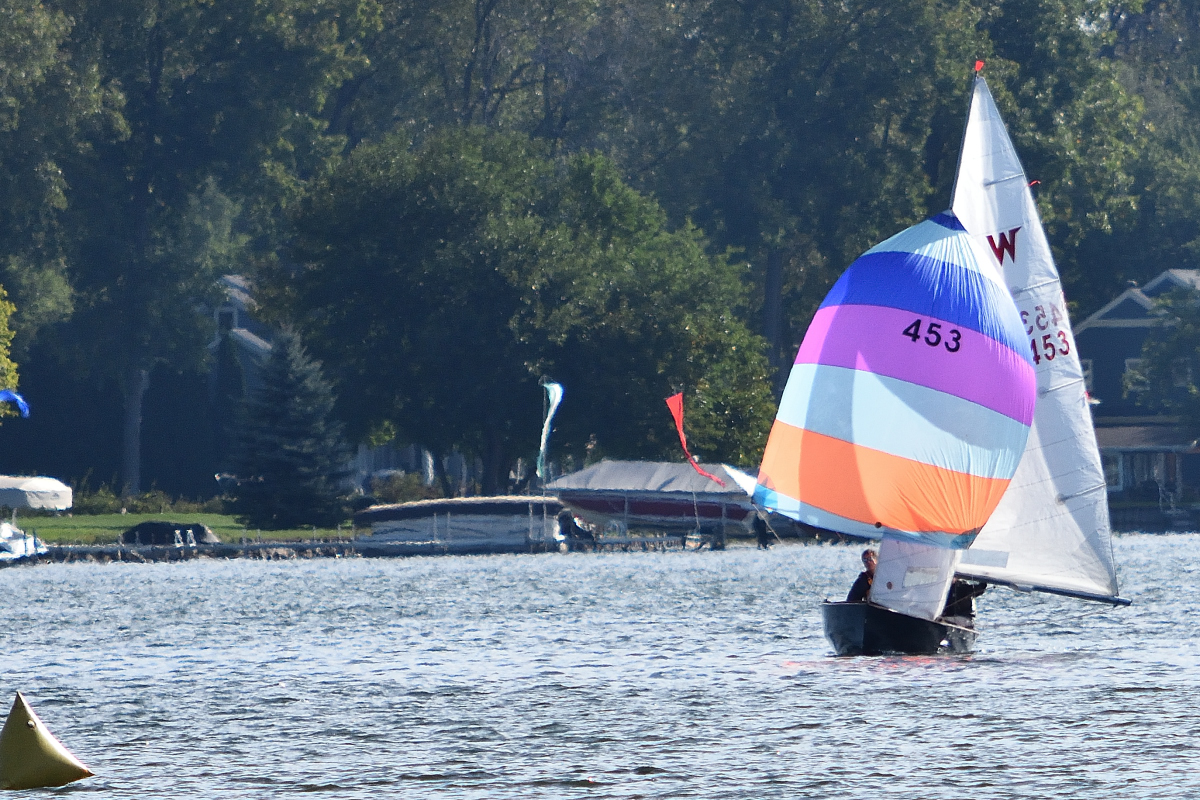 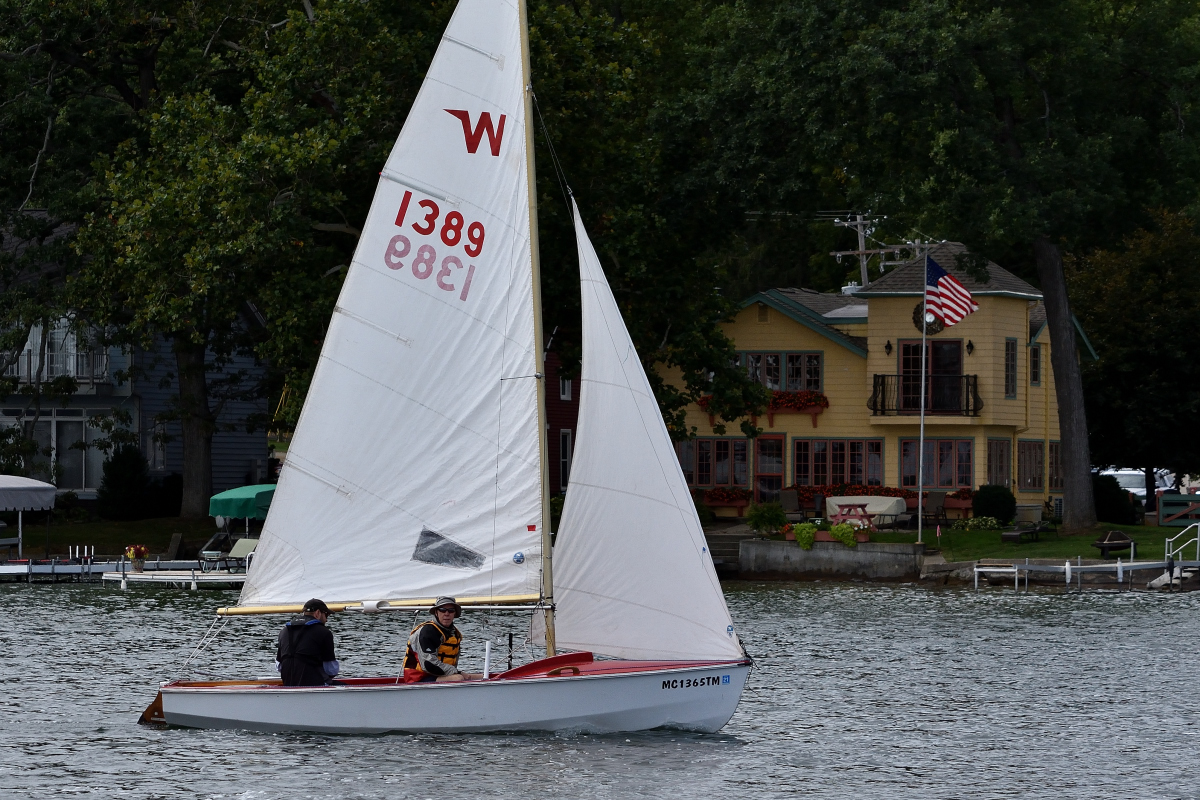 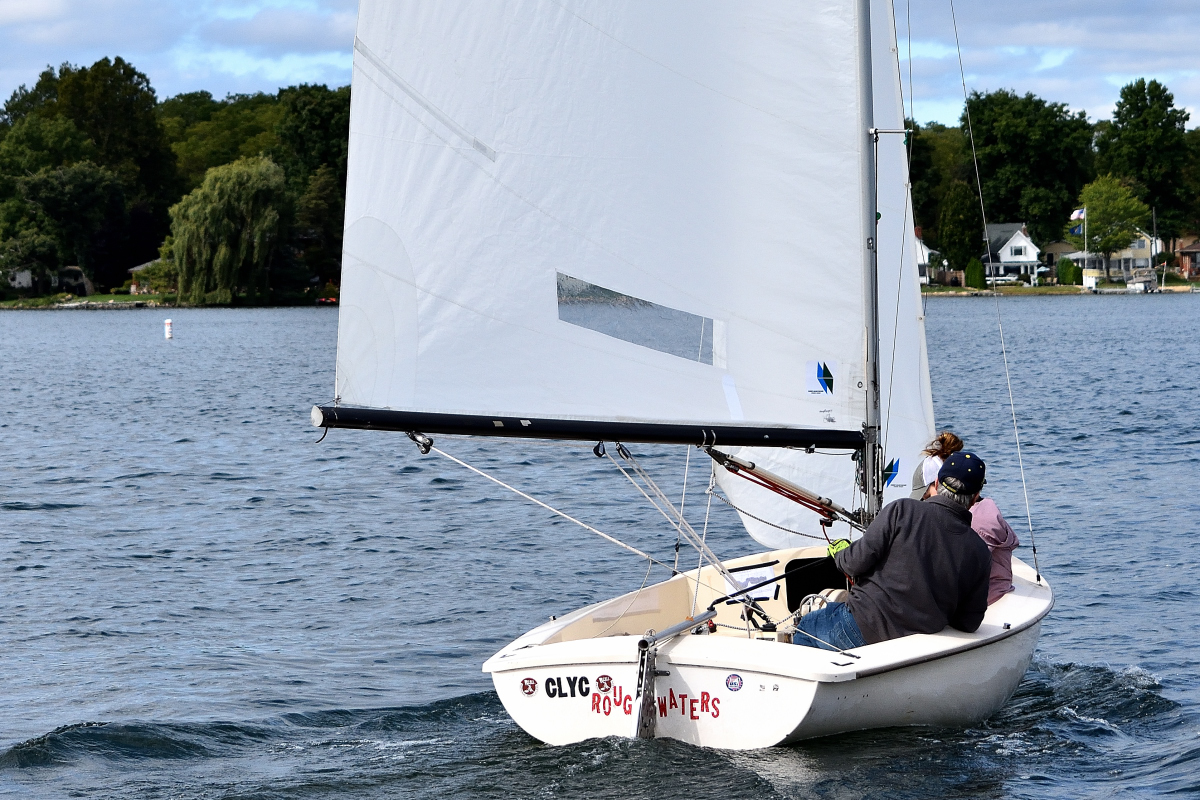 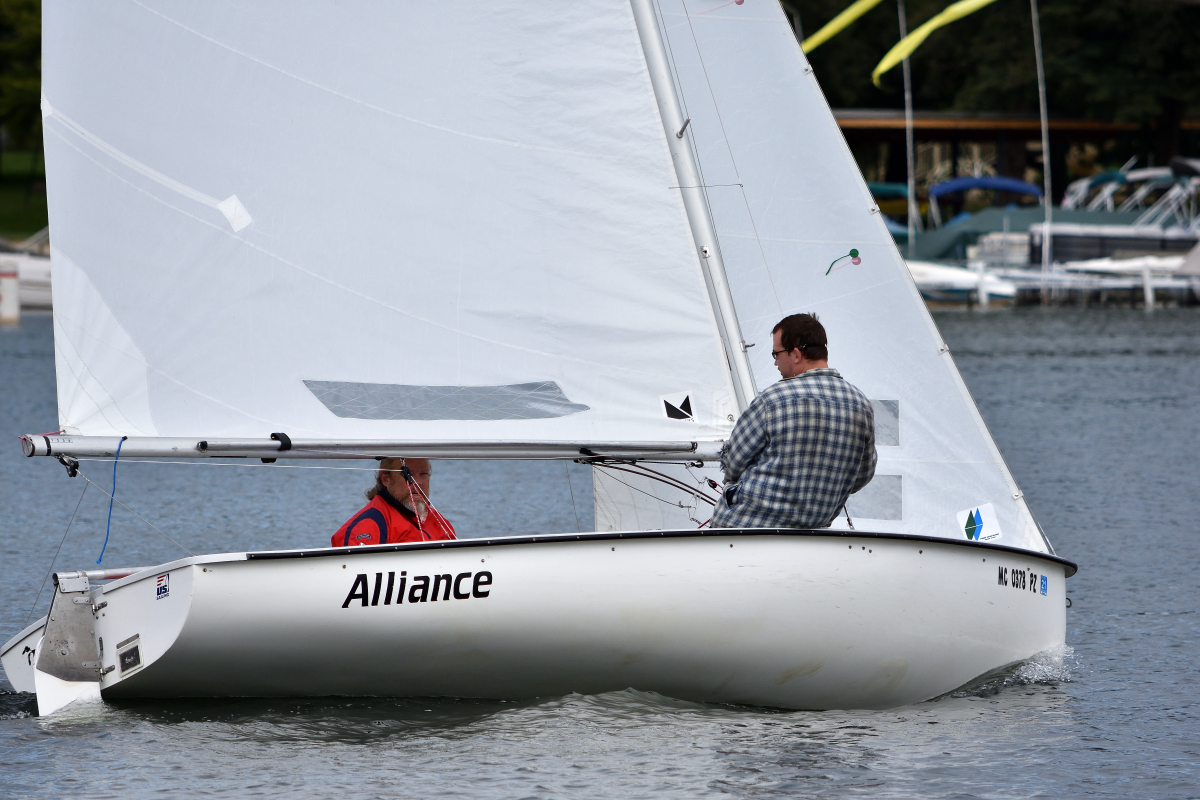 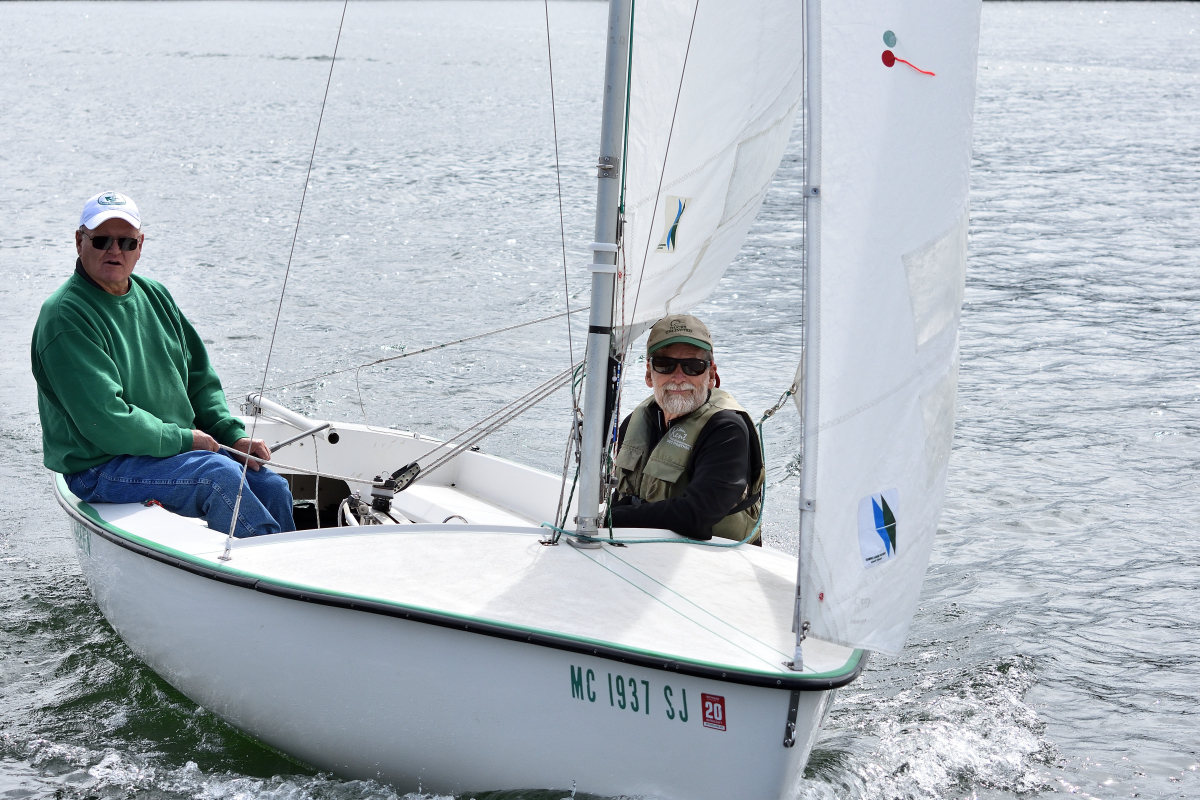 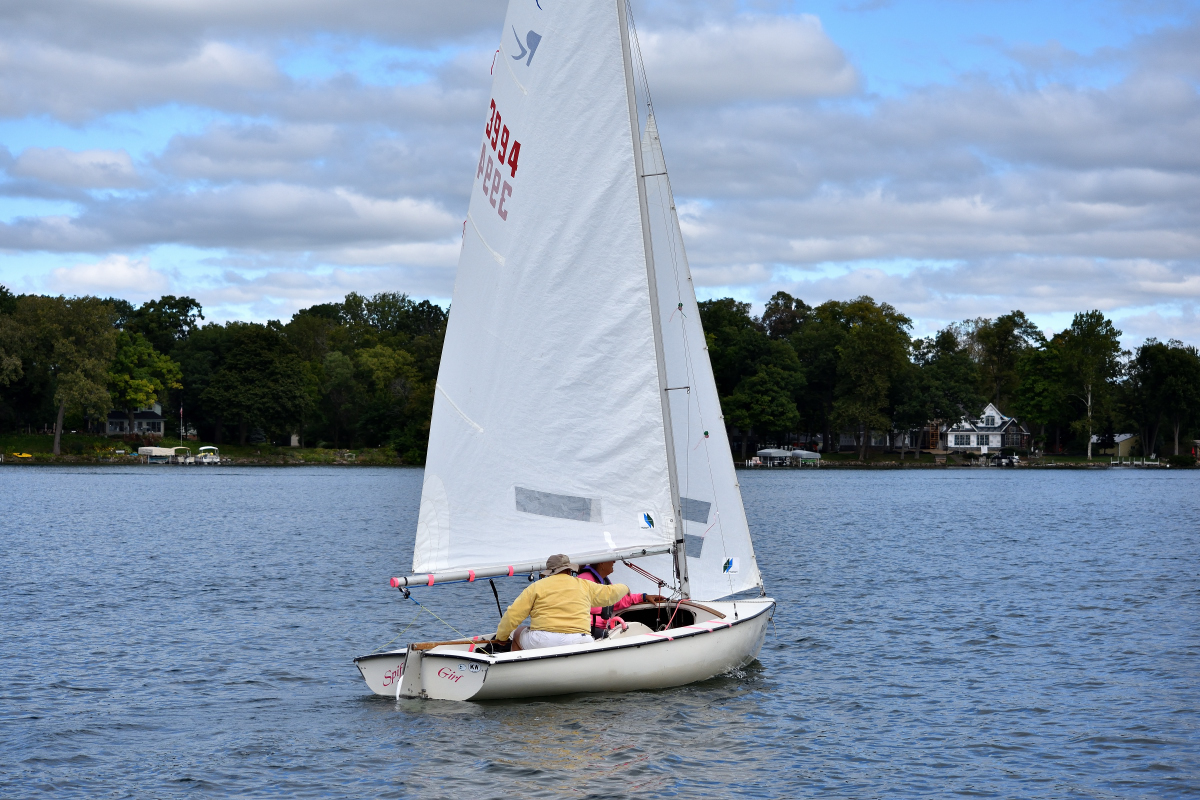 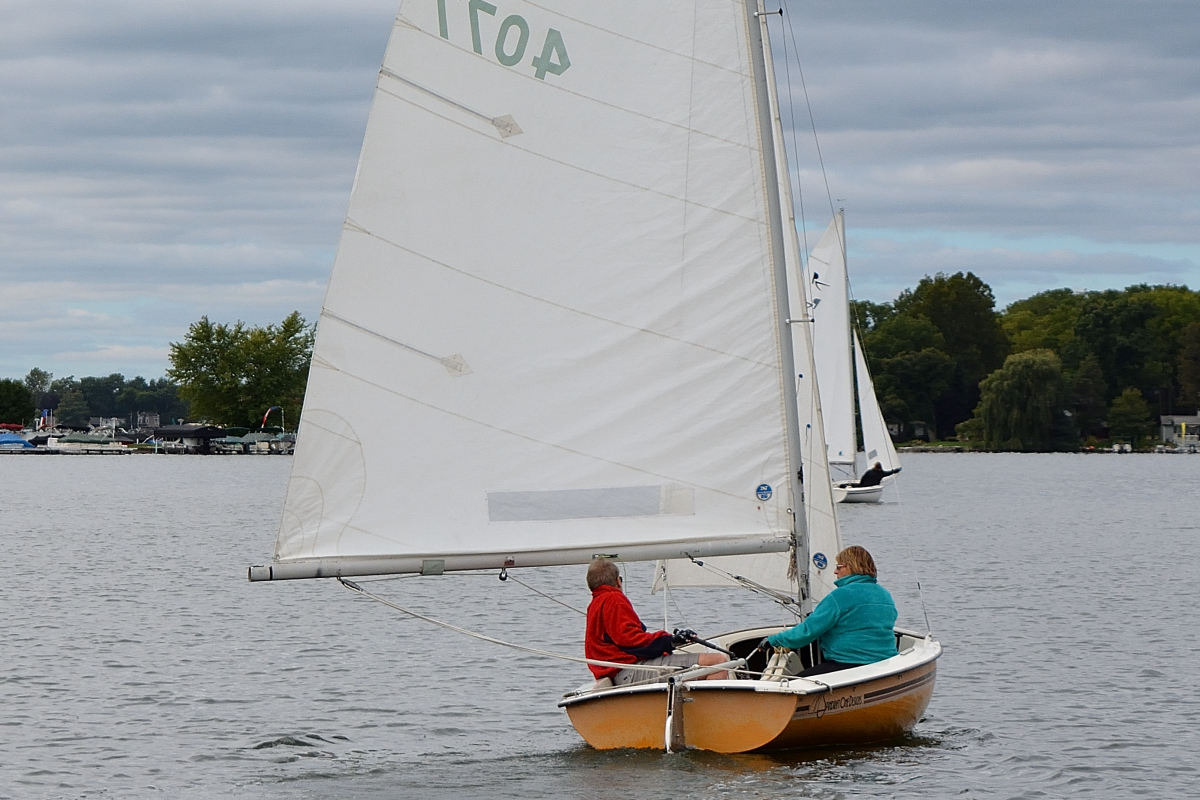 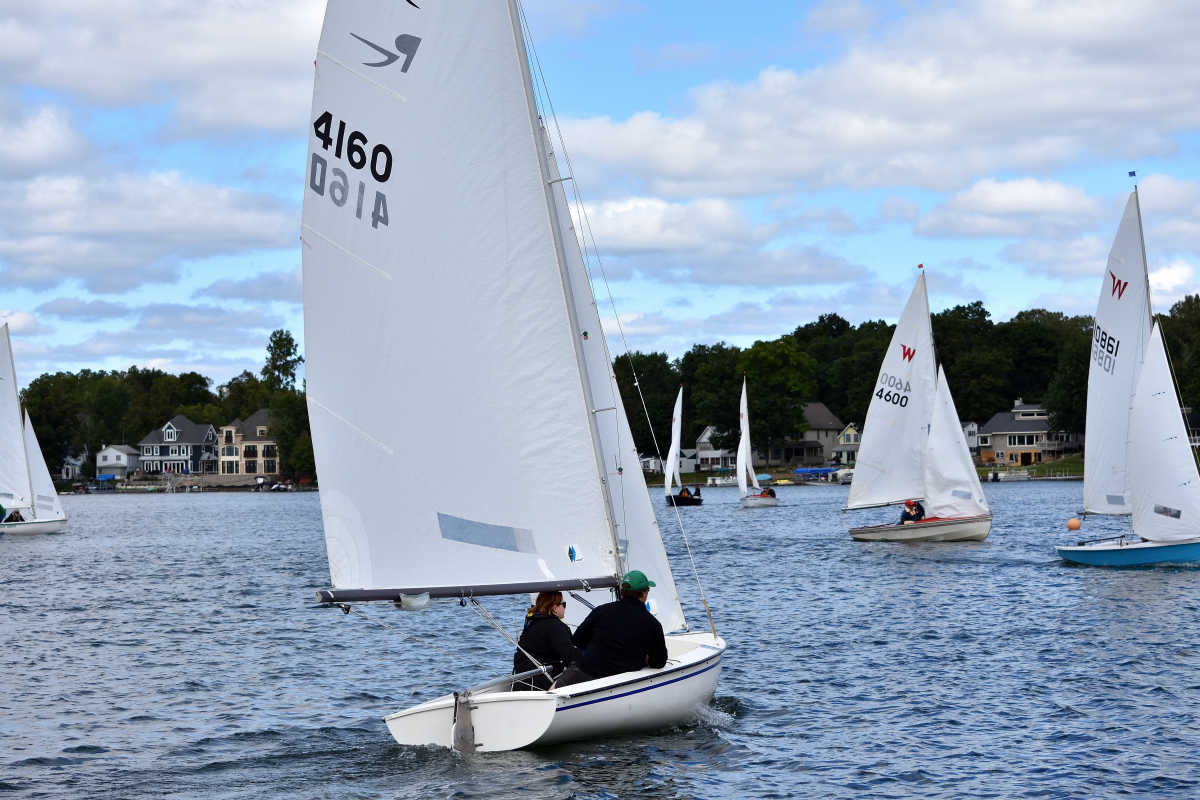 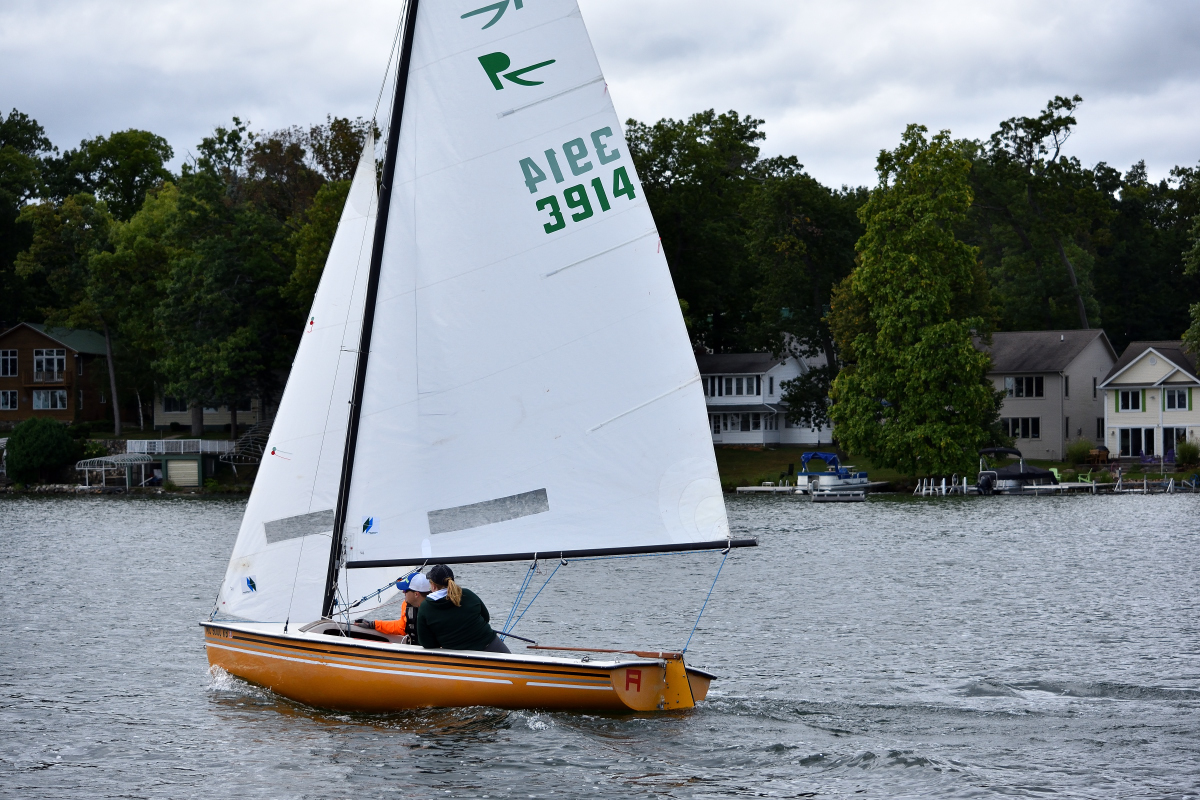 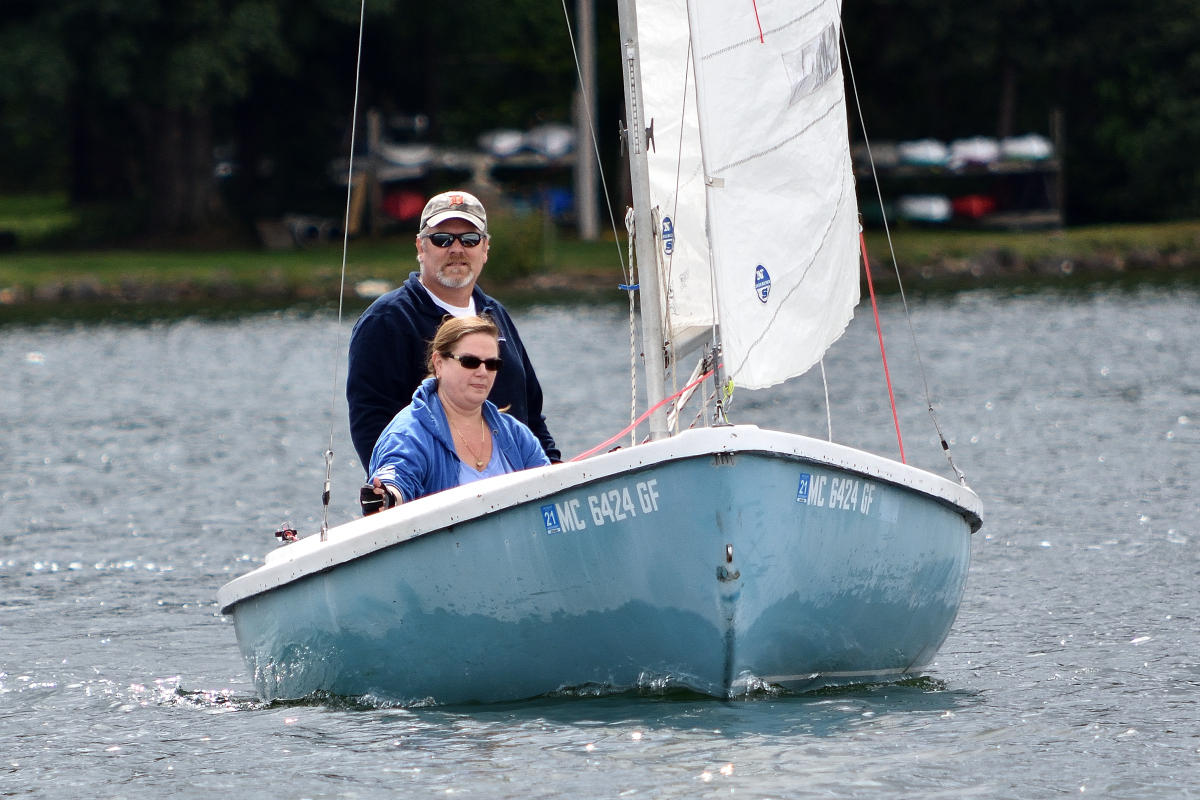 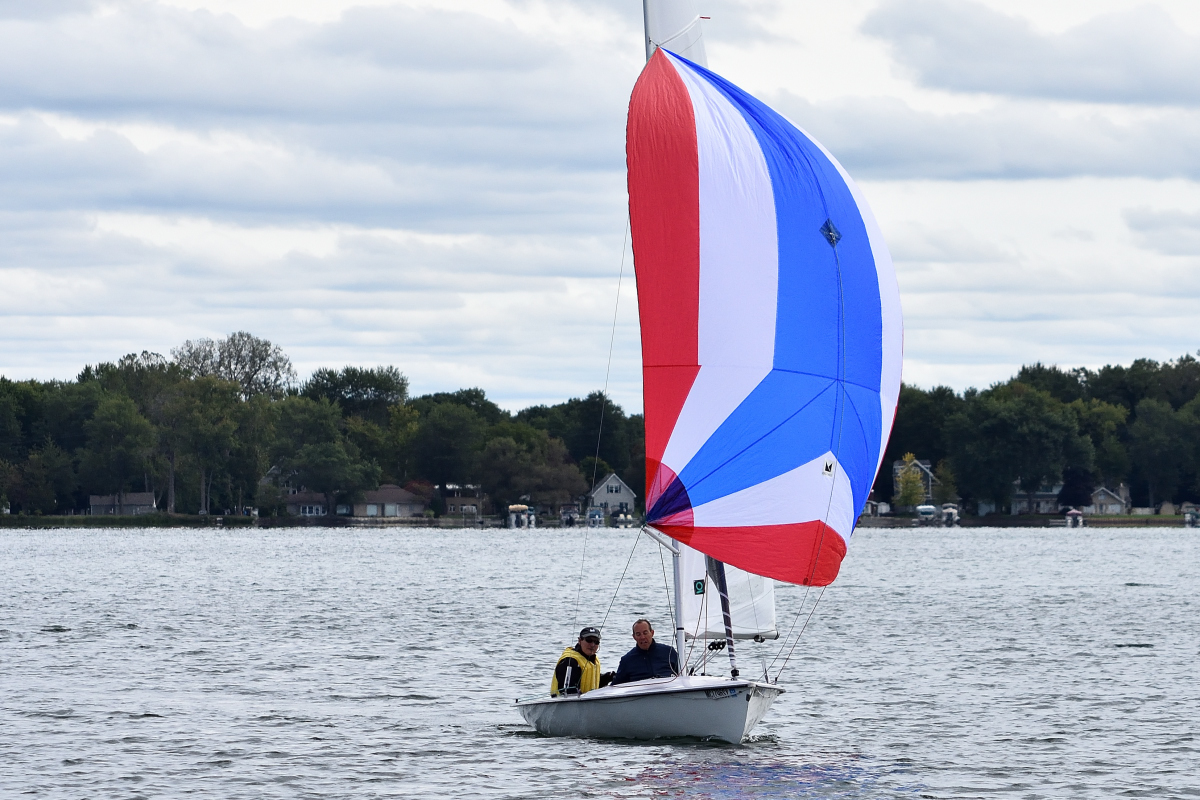 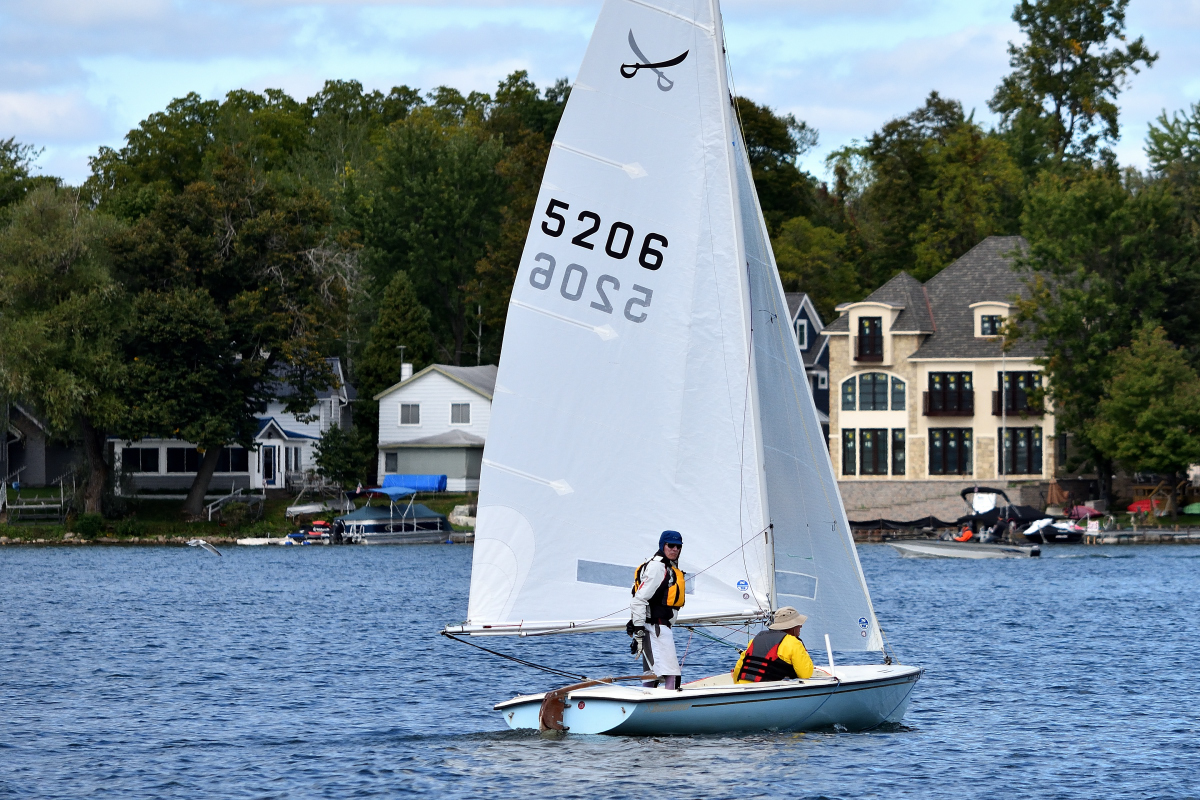 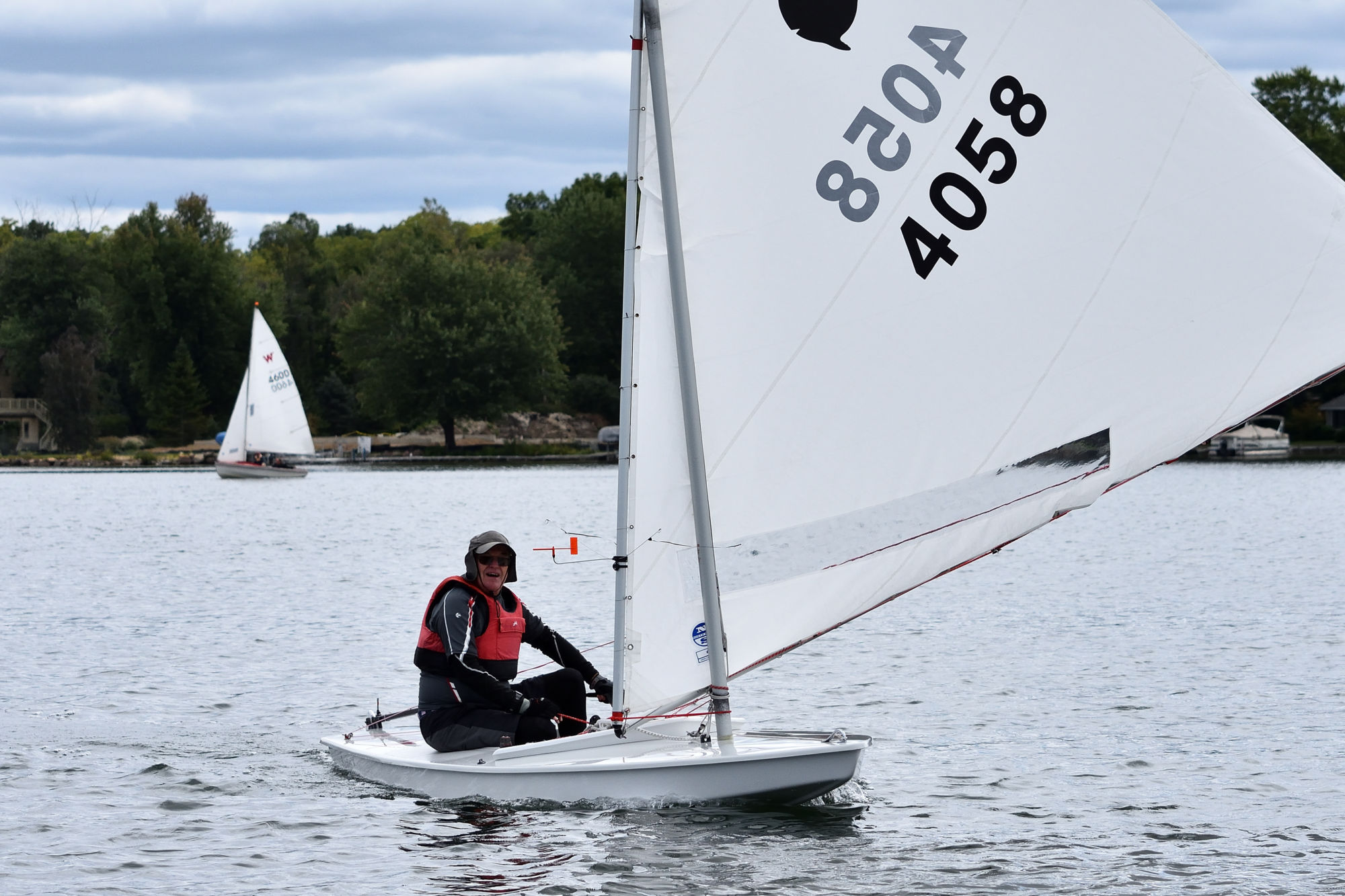 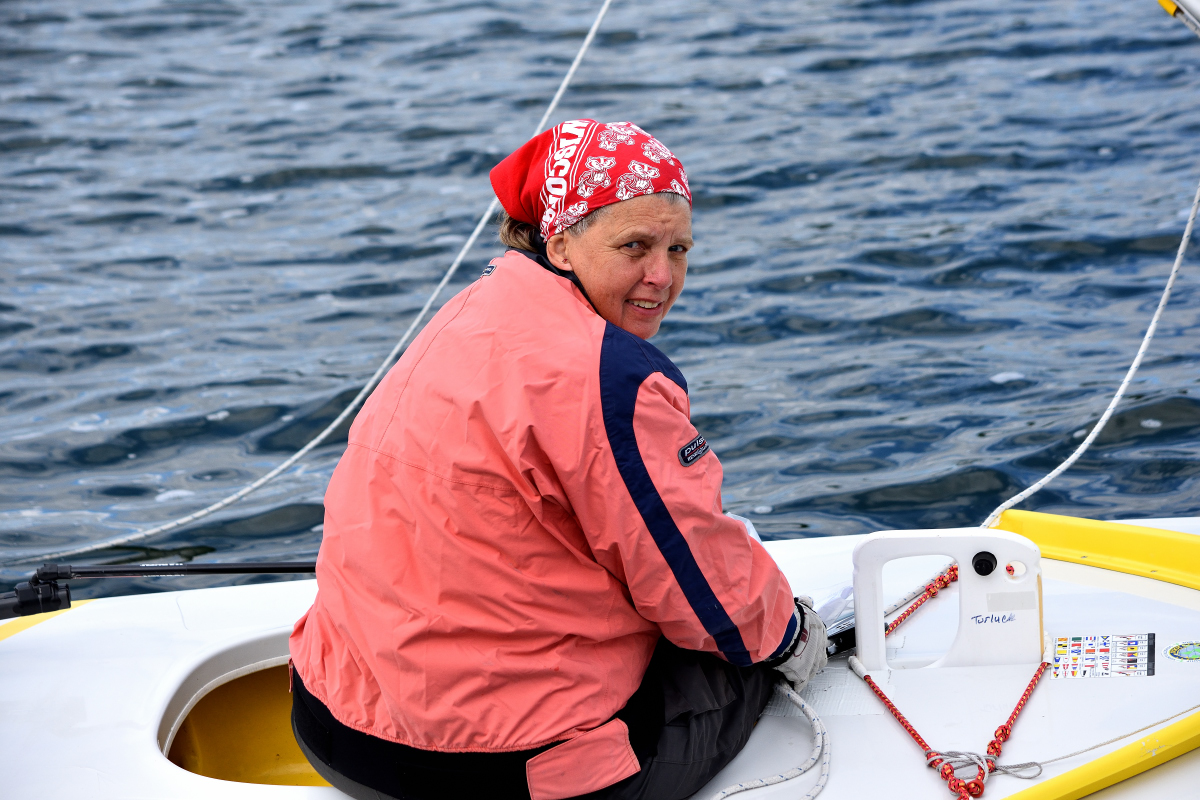 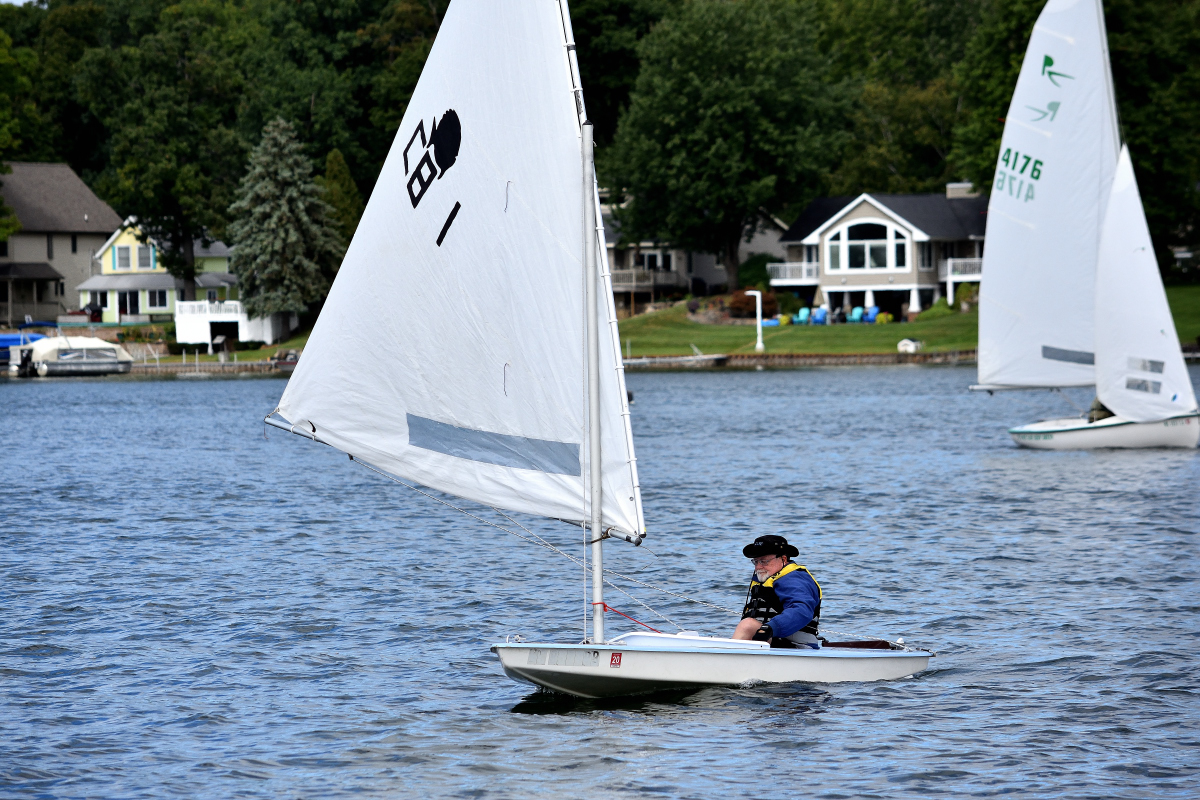 Would you like a  couple of racing tips from the experts?

Position your boat at the start line so when the horn goes off, you are ready to pass through it.  Simple, right?  Not if ten other boats are trying to do the exact same thing at the same time.  And by the way, you can’t idle (like at a stop sign) and sailboats don’t have brakes.  Words not found in the dictionary are sometimes heard at such times. 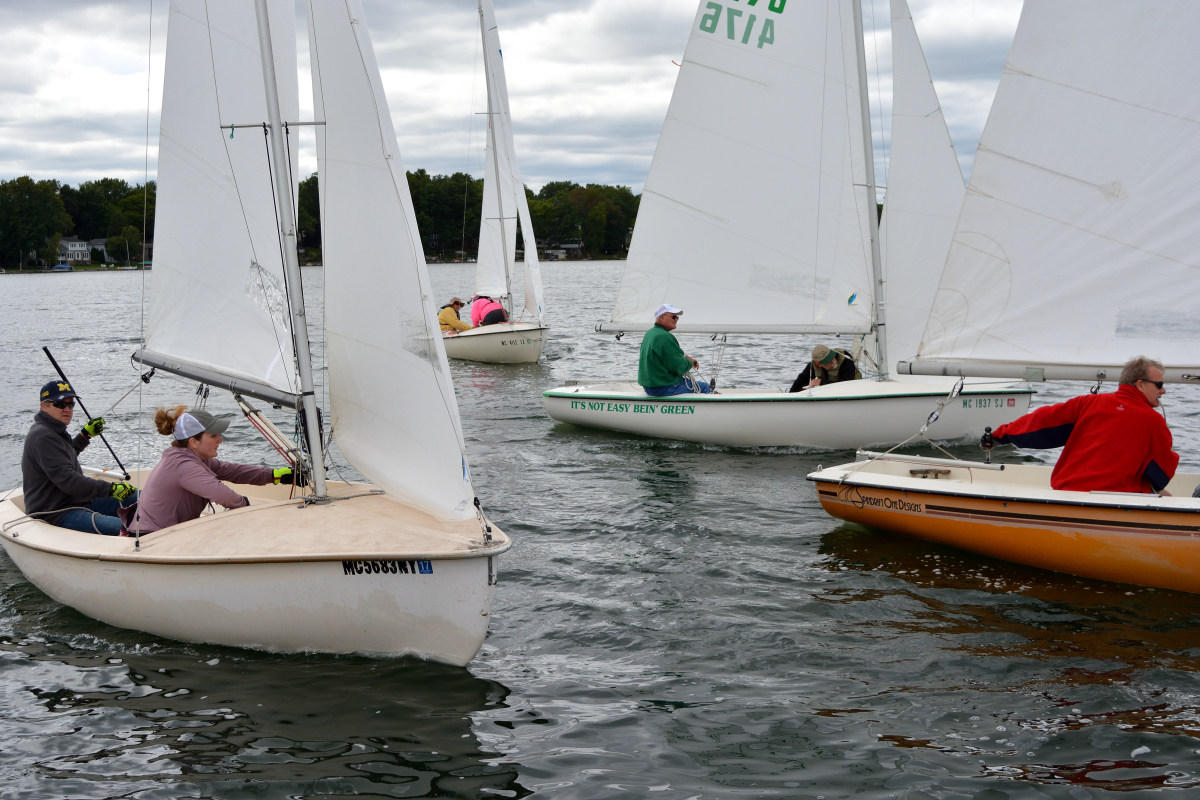 The second tip is knowing how to round a mark, just as other sailboats attempt to do the same.  Losing time at marks, or the start line, can make it hard to recover the lead.

Photos and video: Rick Belcher
Thanks to Brett Wietecha for the dronage.