On Tuesday, August 2, voters are being asked to decide on candidates and one county-wide issue and two Columbia Township issues.  For township supervisor and trustee contests, this primary will be the final word as all running in those races are Republicans.  For township supervisor, the choice is incumbent Robert M. (Bob) Elrod or Shawn Lutz.  Voters may vote for not more than four of the eight trustees.  The choices are Brent Beamish, Rick DeLand, James Minnick, Jr., Michael J. Raczkowski, Phillip (Flip) Reynolds, Robin Tackett, Jeff Willaert, and Del Anteau.

The proposal section includes one county-wide issue–the Jackson County Medical Care Facility Millage.  This tax increase will raise an estimated $1,079,489 (in the first year of the levy based on taxable value).  According to ballot language, a portion “may be distributed to the Downtown Development Authorities of the City of Jackson, the Villages of Grass Lake and Springport, and the Townships of Blackman and Leoni; the Local Development Finance Authorities of the Village of Parma and the Township of Blackman; and the Brownfield Redevelopment Authority of the City of Jackson.”  It’s a package deal that you can read for yourself on the sample ballot.

The Columbia Township proposals would renew millages for the township fire and police departments.

You can avoid the problem of arriving at the polls on Tuesday only to face names and issues you’re not aware of.  If you live in Precinct 2 of Columbia Township, the sample here shows what to expect.  For other locations, click here. 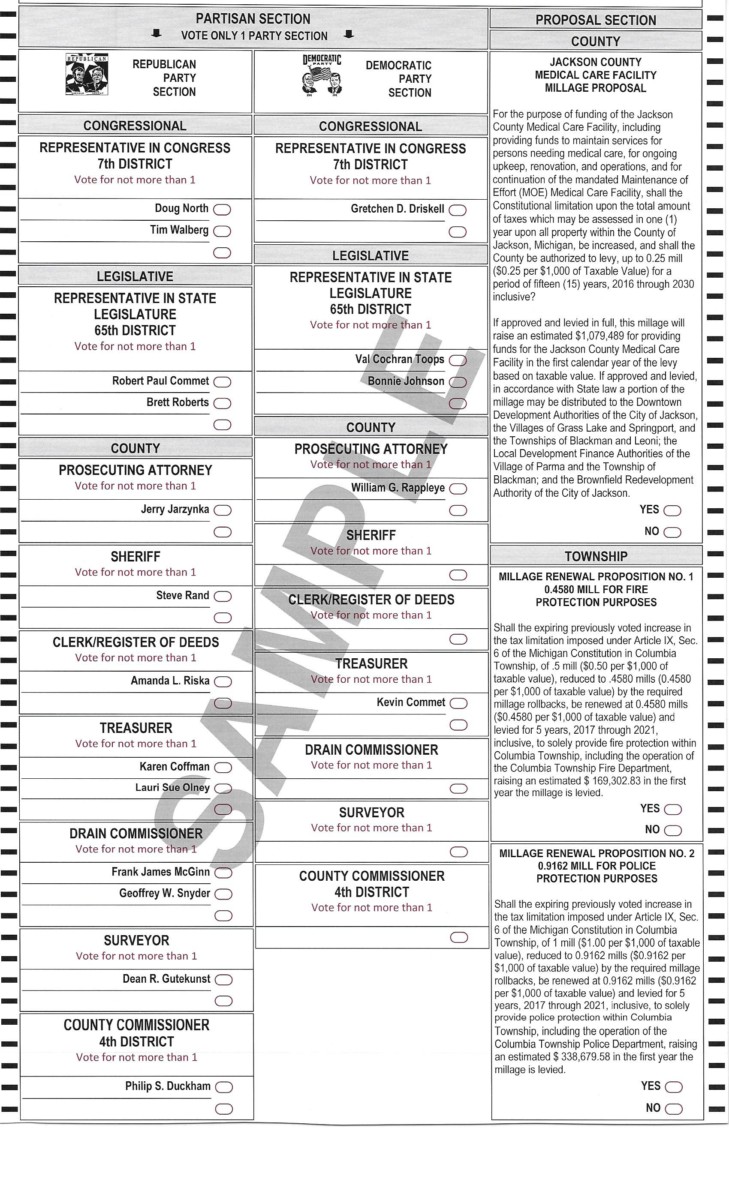 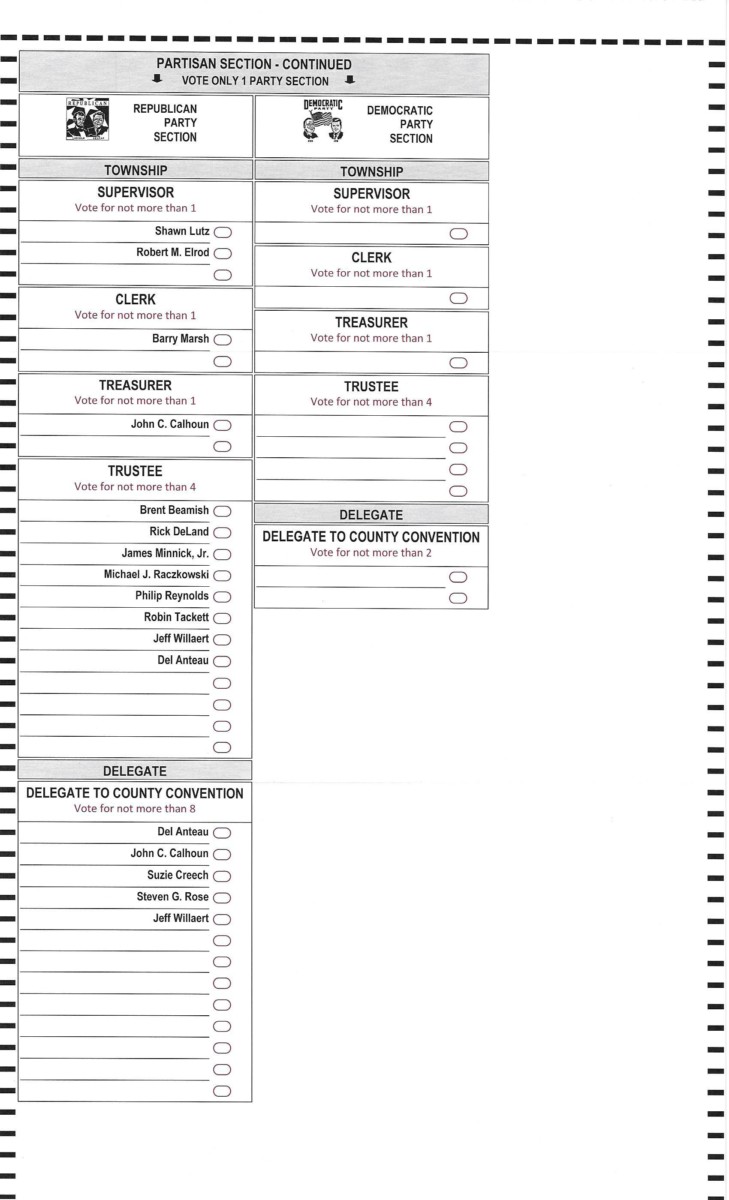