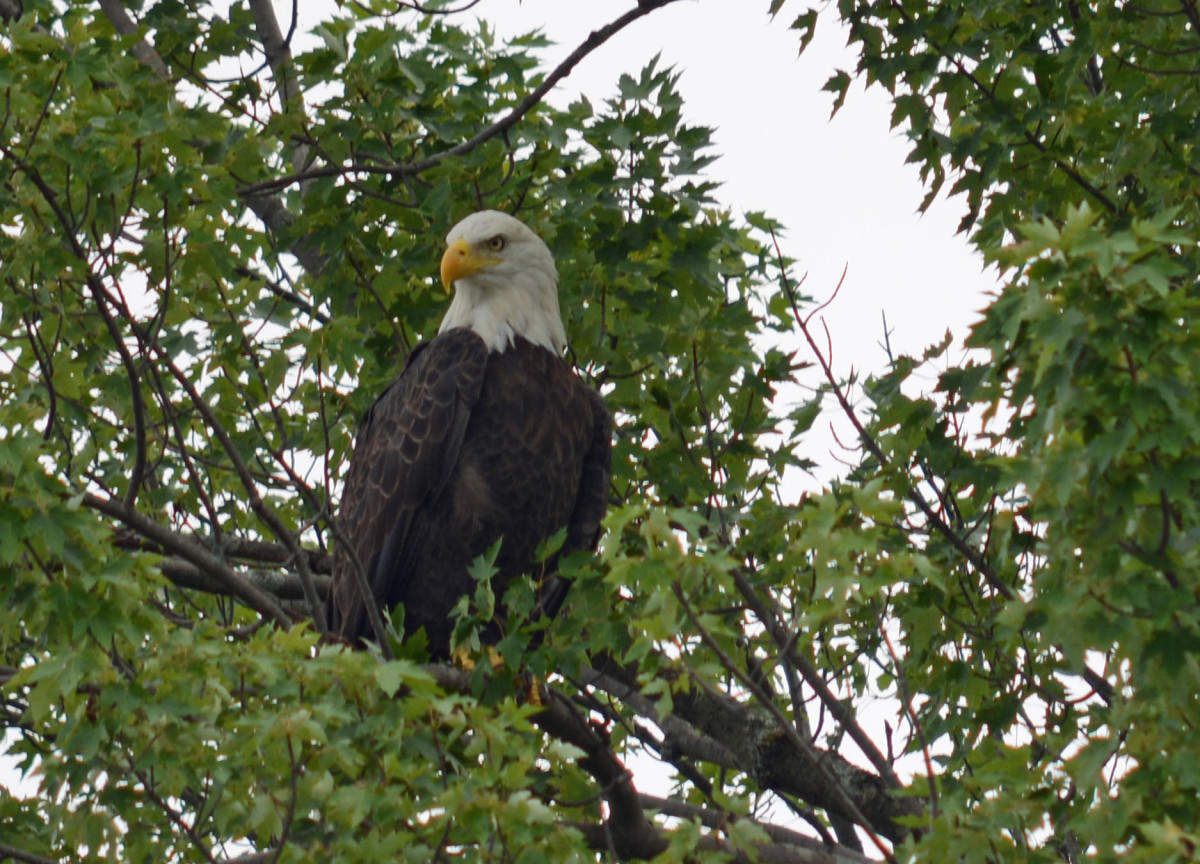 An eagle put on a show for those watching in the Eagle Point cove this afternoon.  The eagle appeared to be surveying the lake from a tree in front of the home of John and Elaine Stewart.  According to another viewer, B.J. Lyons, it kept its perch at that location for about 20 minutes.  When apparently satisfied that there was nothing more to see at that location, it took to the air and headed north towards the whale house on the opposite of the lake. 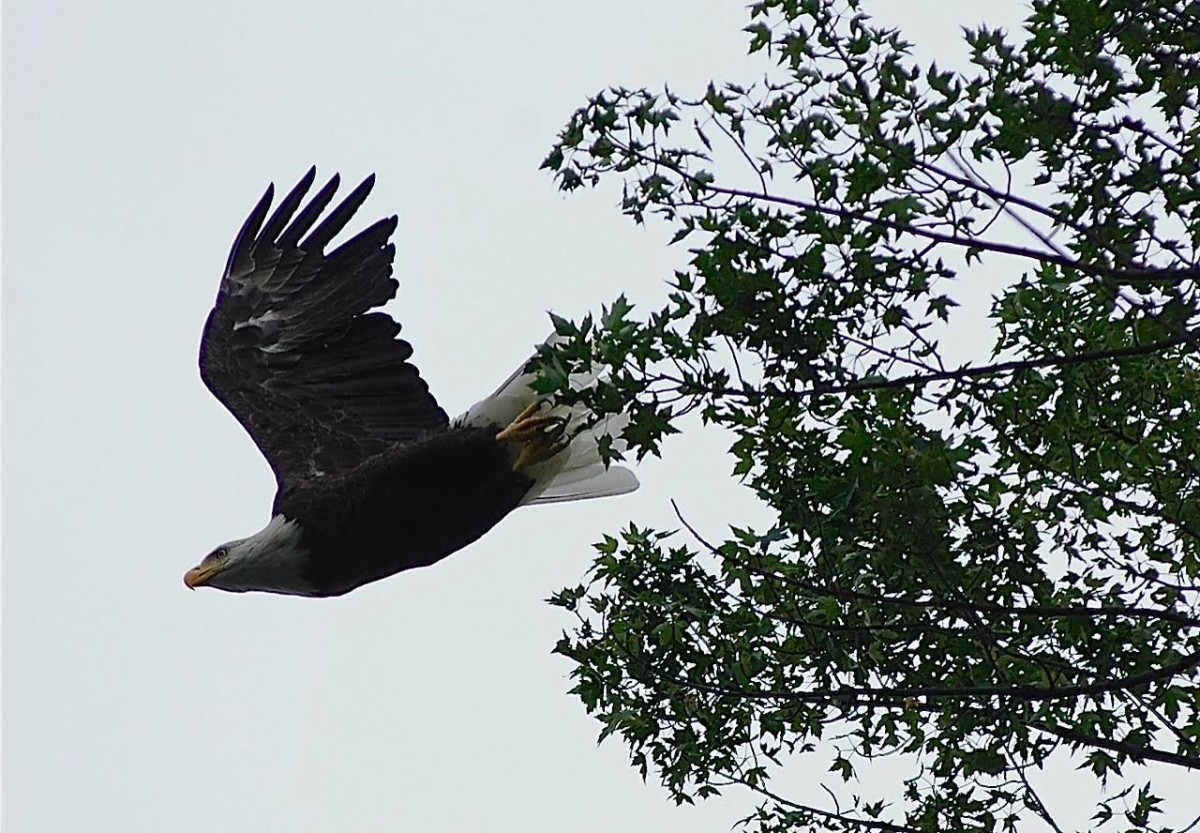 John Stewart captured the eagle’s take off from the tree in his front yard. 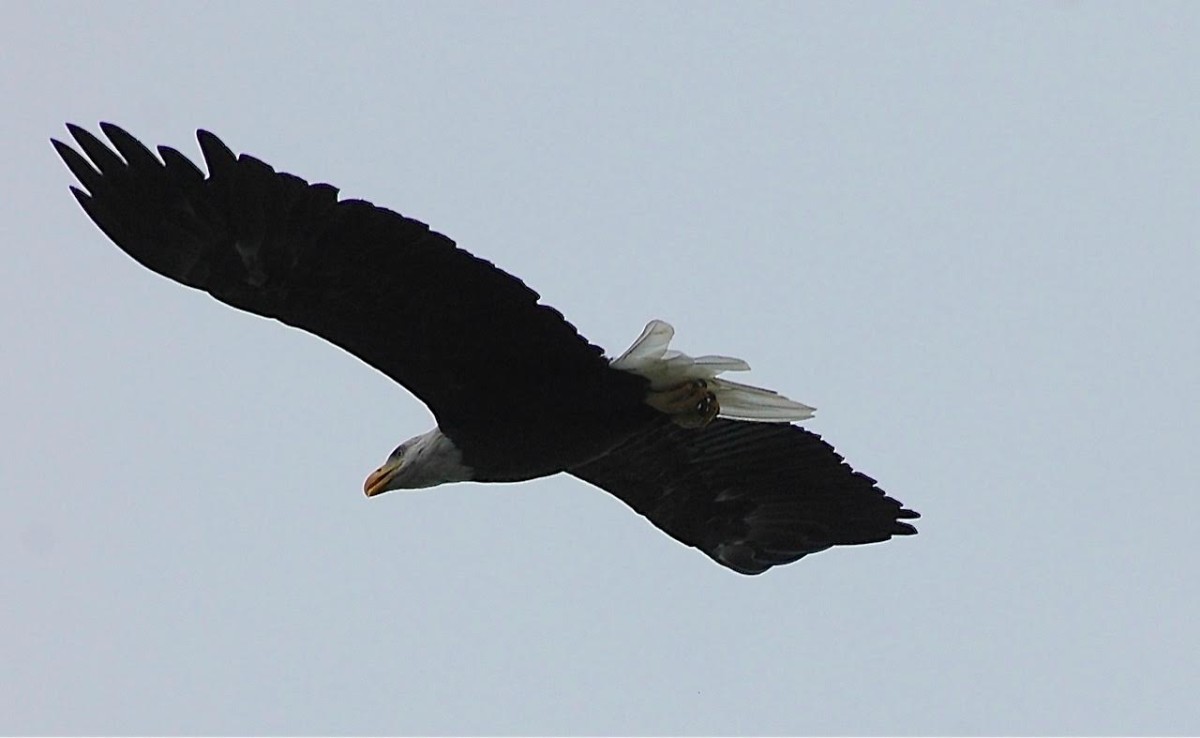 There were many boats and rafts on the lake this afternoon.  Those who were observant really did get a special show. 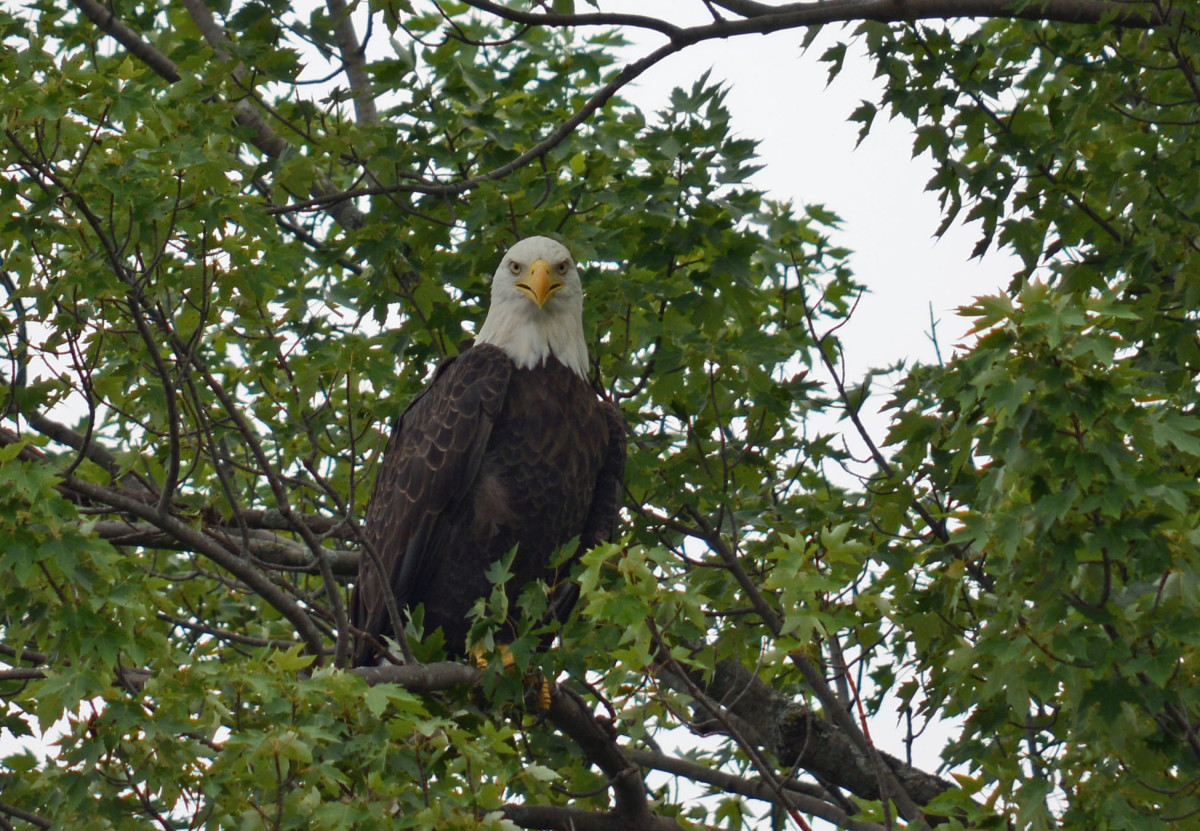