When you reach 95, your birthday celebration may extend beyond just one day.  It becomes a season!  And so it was for a Clark Lake icon.  Jack Bentley turned 95 on Wednesday, April 19th.  There was a dinner gathering on Friday for him at the Pointe. Then on Saturday, all four daughters arranged for another dinner at the Pointe.  Performer Benny Poole, who was also celebrating a birthday, took the occasion to sing Happy Birthday to Dr. Jack. 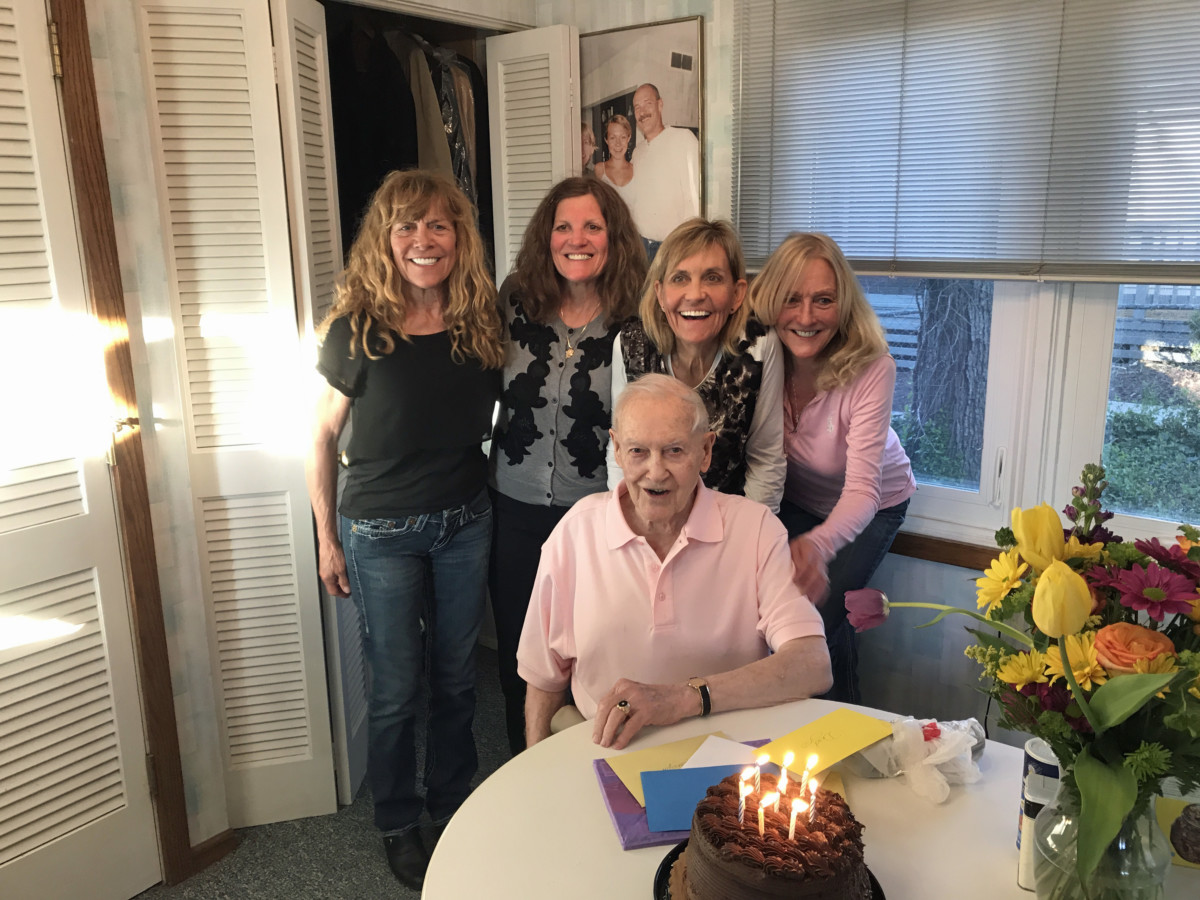 Later, daughters (starting with the eldest) Lynne, Gail, Jill and Elise along with other family and friends surrounded Jack as he ceremoniously blew out the candles on a very rich, chocolate cake.

To be totally fair to Jack, the iPhone’s weren’t running the first time he blew out the candles–every one of them on the first try.  Being a good sport, he played the scene again for the cameras.

It’s amazing to ponder all that has happened since Dr. Bentley’s birth.  In 1922, radio was a new invention with two rival stations claiming to be first–WWJ, Detroit, and KDKA, Pittsburgh.  The war to end all wars was over, and the country was well on its way to an economic boom only to collapse into a depression at the decade’s end.

When the Japanese bombed Pearl Harbor, Jack Bentley was among the many who dropped everything and volunteered with hardly a second thought.  Cpt. Bentley became a pilot and flew combat missions over Europe.  One fateful day his war career ended in disaster.  To read the amazing account of his wartime service, please click here.  You’ll also learn how this became the catalyst which led him to a life of service through medicine.  He and his wife Mary Nichols Bentley, who passed away last summer, became physicians of the highest order and practiced in Jackson many years.