With temperatures in the mid-60s, it apparently was too much temptation.  The day (Tuesday 3/8) is warm, and the dock is almost asking to be put in the lake.  BJ Lyons has four sections in and could be first this season.  Below Bill Leutz photo records the deed.  Meanwhile, Lake Columbia appears to be a step or two behind.  As of earlier today, there was still ice on their lake. 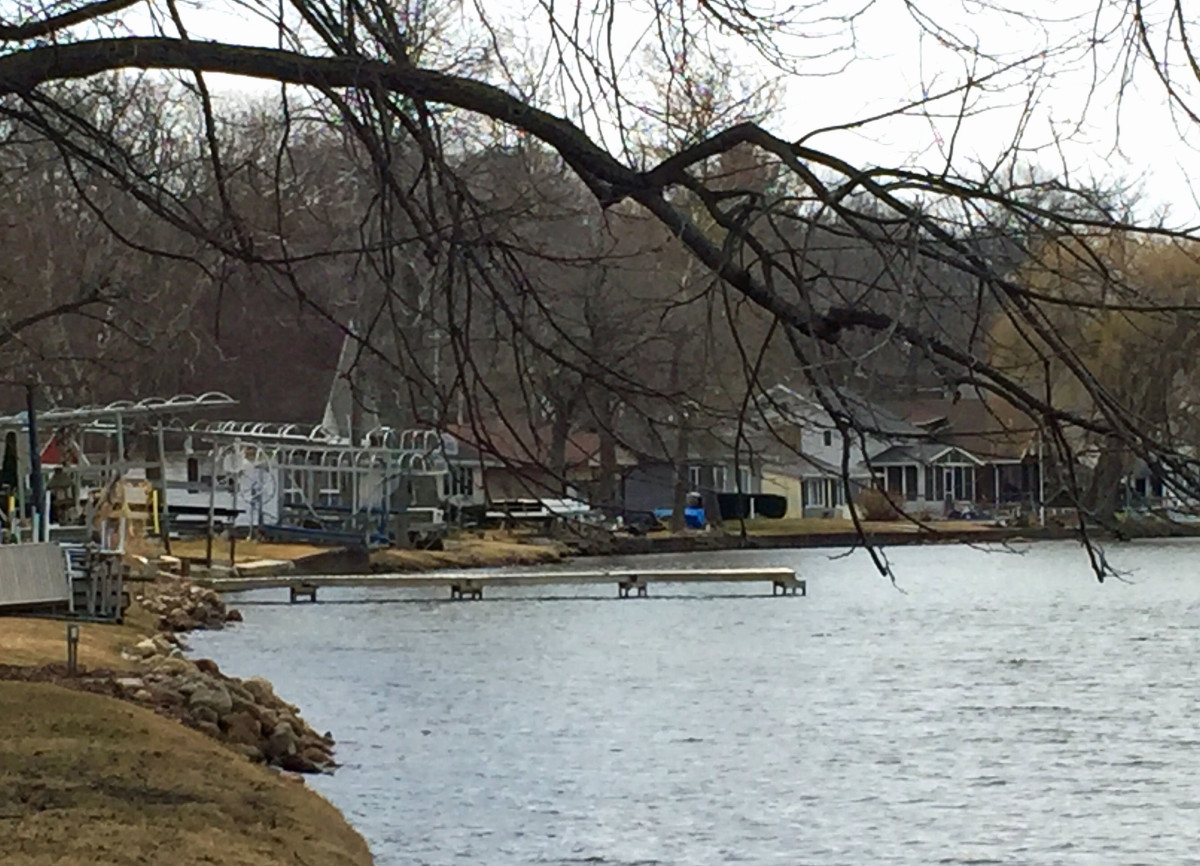