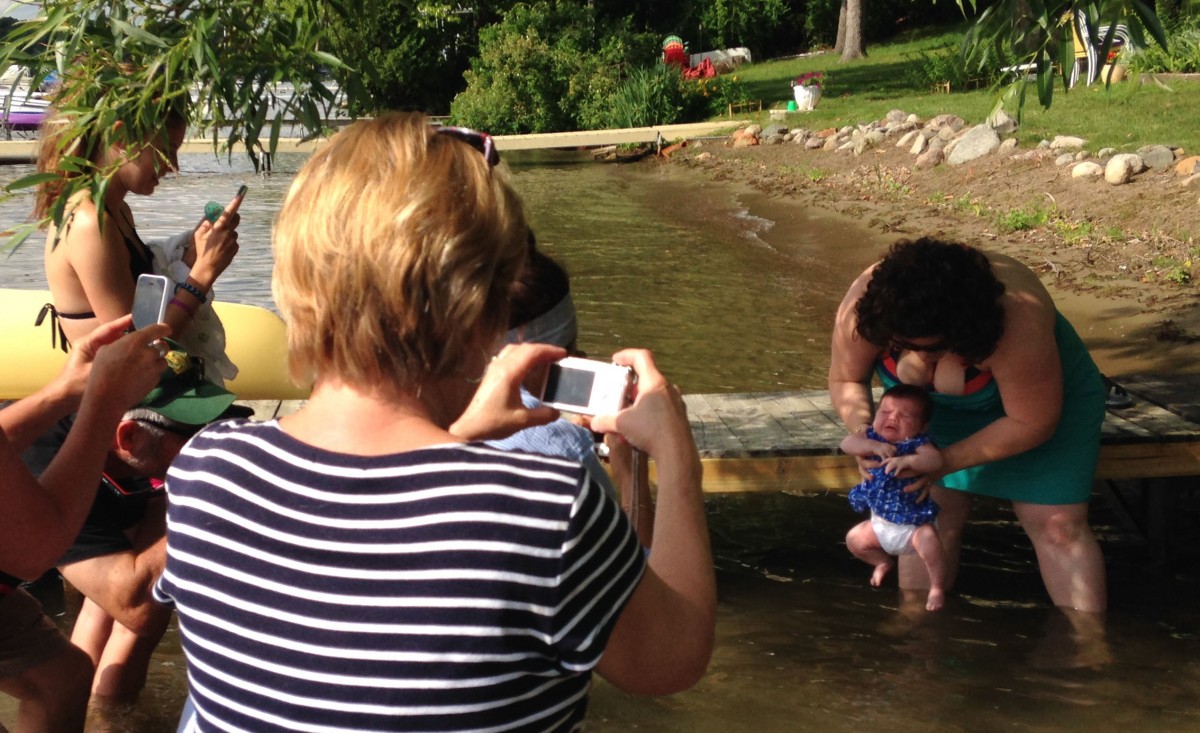 Taylor Tankoos first contact with the waters of Clark Lake

Some families at Clark Lake measure their time here in years; some, by the number of generations.  So it’s not surprising for a family that counts several generations here, certain family events that happen at Clark Lake take on special meaning.  One of those is when a baby, sometimes not more than a few weeks old, takes his or her first dip into the lake. For one family, that moment happened today.   Taylor Tankoos, daughter of Dan and Colleen, first felt the waters of Clark Lake this afternoon (air temp 77, water temp 76).  Taylor is part of the Rensch-Preece-Ligibel-Dandar–and now Tankoos– family.  No doubt she will become so enamored with swimming in Clark Lake that it will take all the effort of her parents to get her to come in and dry-off.

“First-dips” are usually well-documented.  Initially it was by use of the Brownie camera in grainy black and white, then graduating to 8mm color movies, followed by 35mm color slides.  Next came VHS–and now iPhone and Droid stills and videos–and even a live view for someone anywhere in the world via Facetime.

Getting kids in Clark Lake’s water early is a tradition.  Just by being here, some even attribute to it an  improvement to health.  For an interesting story along those lines, read the fascinating tale written by Carlotta Graziani, whose family built the original cottage on Kentucky Point–and whose improvement in well-being she attributed to Clark Lake.