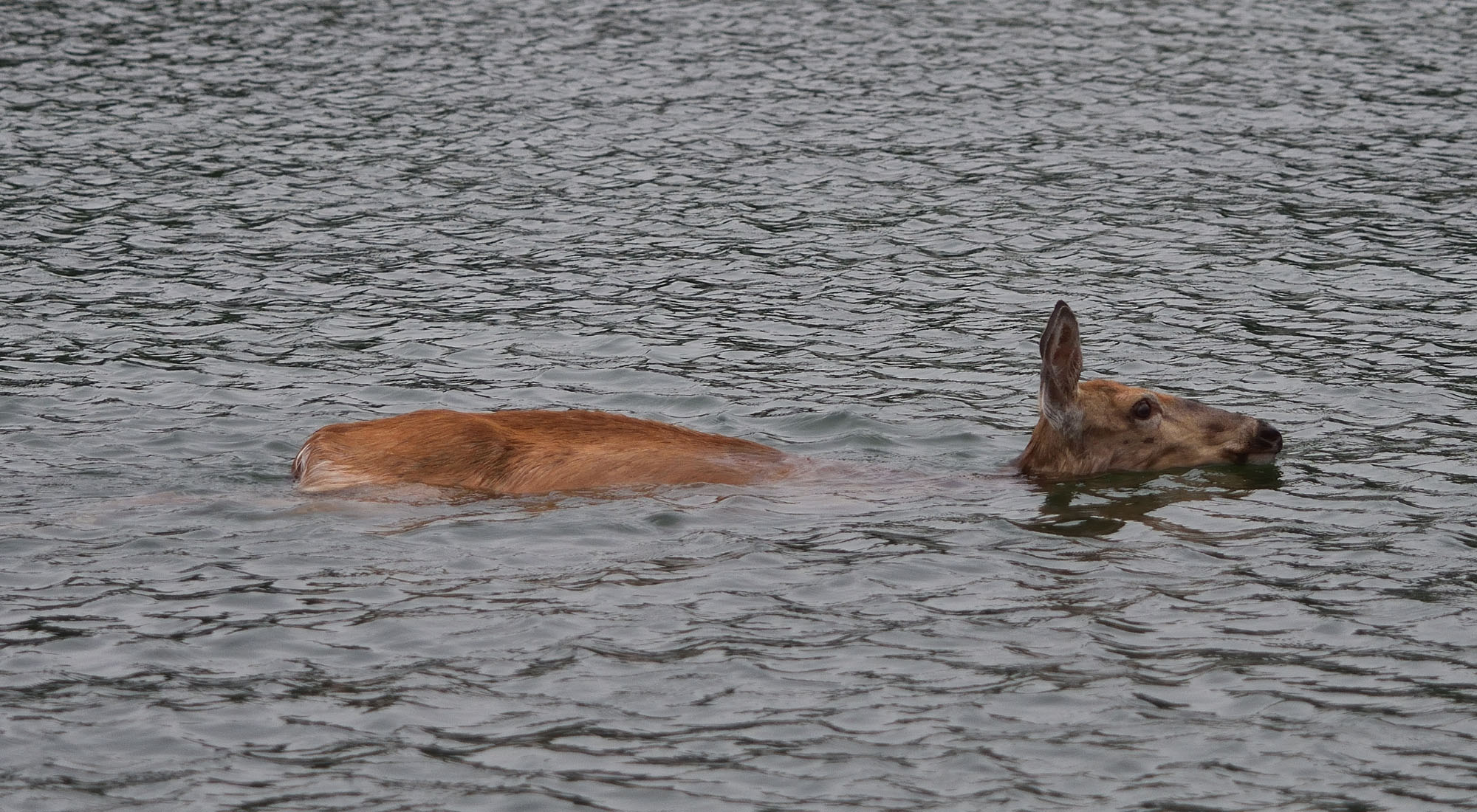 This morning, Clark Lakers watched as a deer attempted to swim across the lake.  According to observers, it started from the North Shore and headed toward the South Woodland/Oakwood area.  When observed from a boat nearer the south shore, the deer appeared to be disoriented and very tired.  The boater attempted to save the deer by encouraging it to head toward shore.  Eventually, he watched helplessly as the doe reached the end of her endurance.  The body remained buoyant, but after one last breath, the head went under water and stayed there. 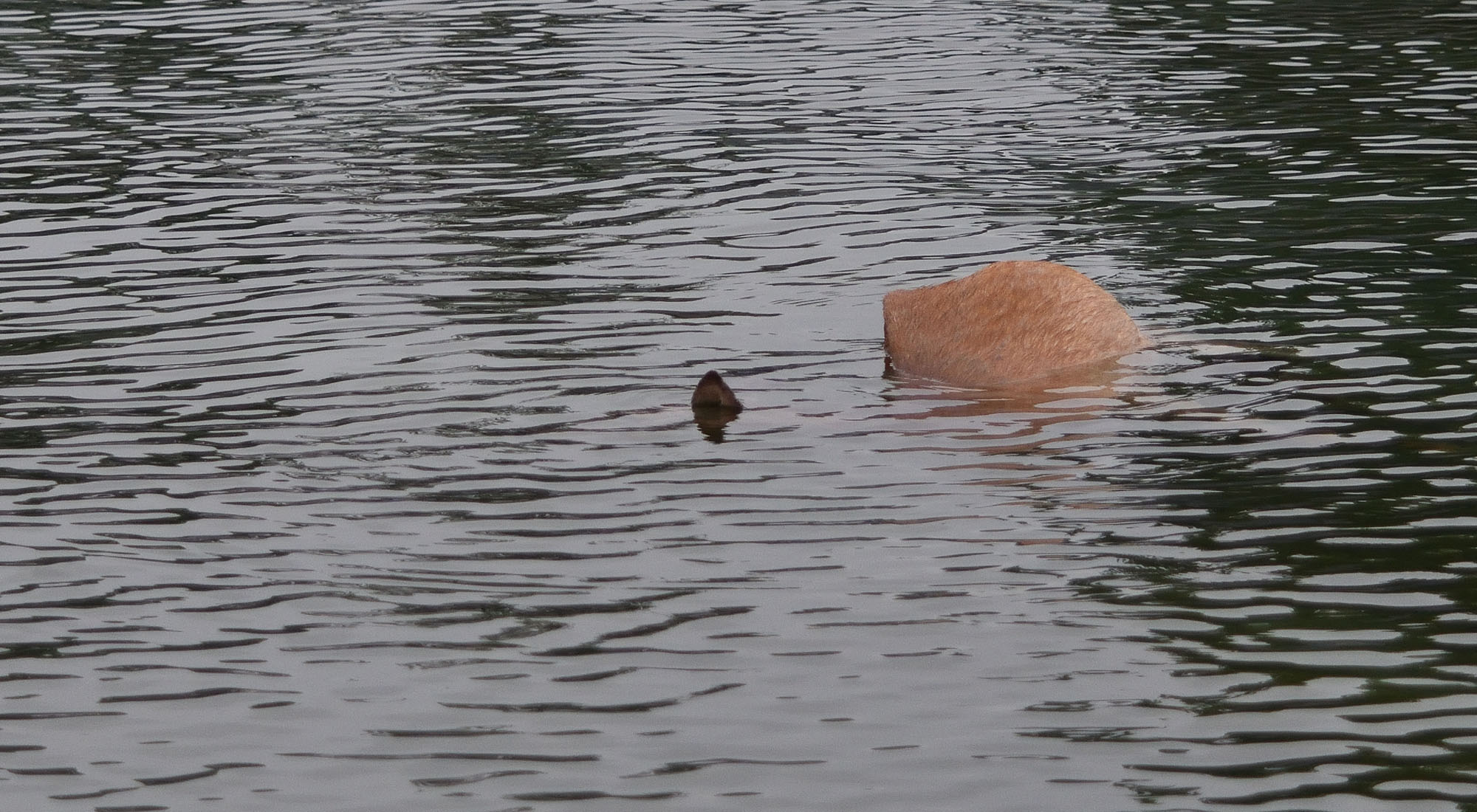 The carcass floated into shore an hour or two later near the Consonni’s.  Mike Consonni called Sean Fish.  Sean swiftly acquired a salvage permit from the DNR. Sean, his father Bob; and Uncle Butch dragged it onto the shore.  From there, they used a front loader to pick it up, and to take it away for disposal.

In examining the remains, observers found the front right, and rear left legs badly broken.  Becky Consonni commented that the bone was visible and badly mangled.  They concluded the deer had been in some sort of accident, and surmised that the severe injuries might have been the result of an encounter with a car.