Crime of the Century, Part II

In article titled Clark Lake’s Crime of the Century, this website unpacked the story of how a painting came to be, was hung on a cottage living room wall in 1932, eventually loaned for the walls of the Community Center, and then disappeared, seemingly forever.

The painting is mural of Clark Lake.  Like all works of art, it was created from the mind of the artist.  In her view of Clark Lake, a sea serpent moved from Kentucky Point to the west end, and a biplane delivered airmail.  Plus the non-fictional sights most of us know about–Pleasant View, Ocean Beach, C.B. Hayes cottage and boats on the lake.

The large mural was on loan at the Community Center, courtesy of Flip and Linda Reynolds.  (To read a more complete history of the painting, please click here).  Then disaster.  On August 2, 2006, a person or persons broke into the Community Center and cut the painting out of its frame.  Left behind were the remnants of the frame and plywood.  The painting has never emerged.

What did survive is one photograph of this piece of Clark Lake history.  The picture was taken at an angle as it hung on the wall at the top of the stairs of the Community Center.  Why take a careful photo if you could look at the original anytime? 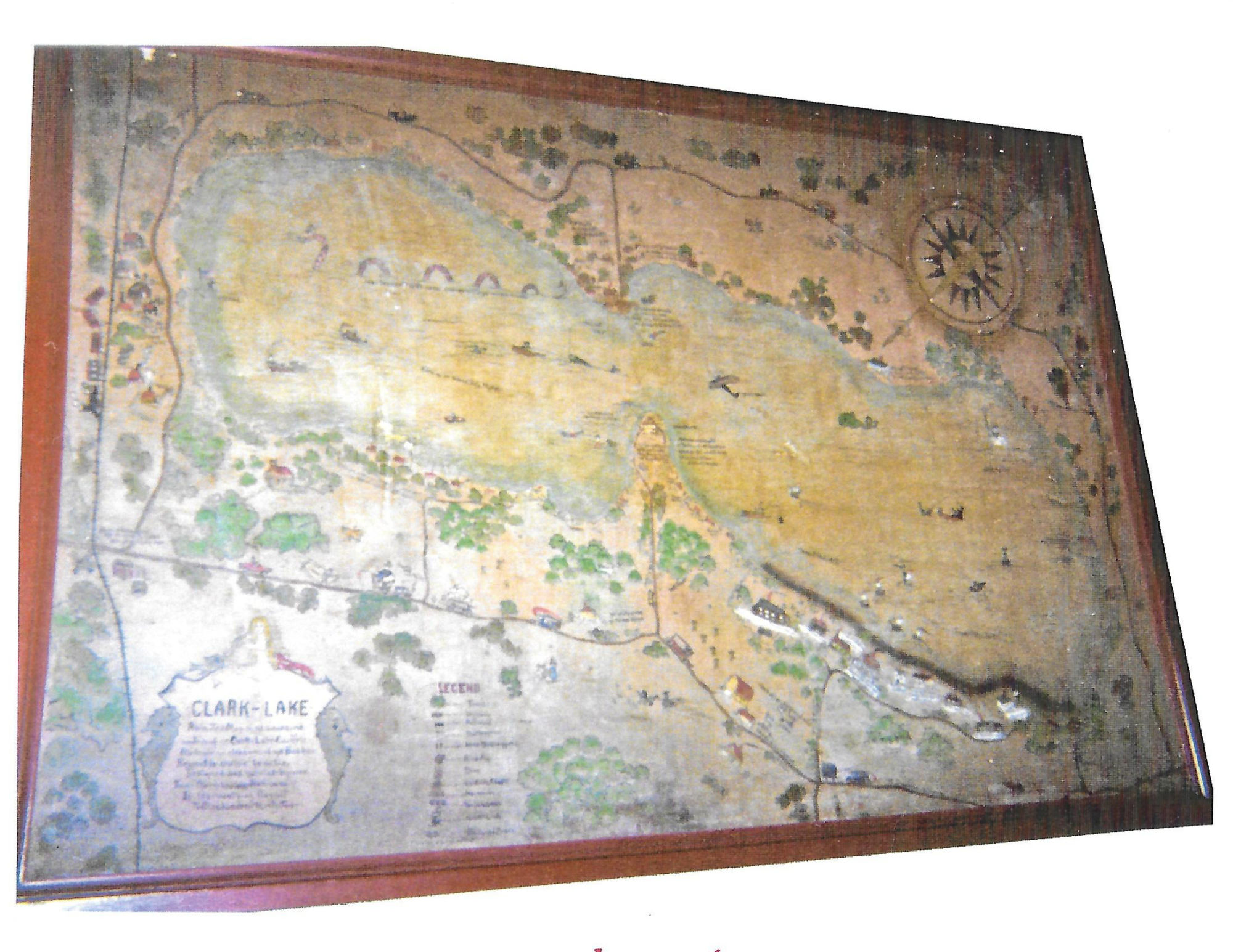 Through the miracle tools of Photoshop and Corel Aftershot–and after several hours behind a computer screen–this image emerged. 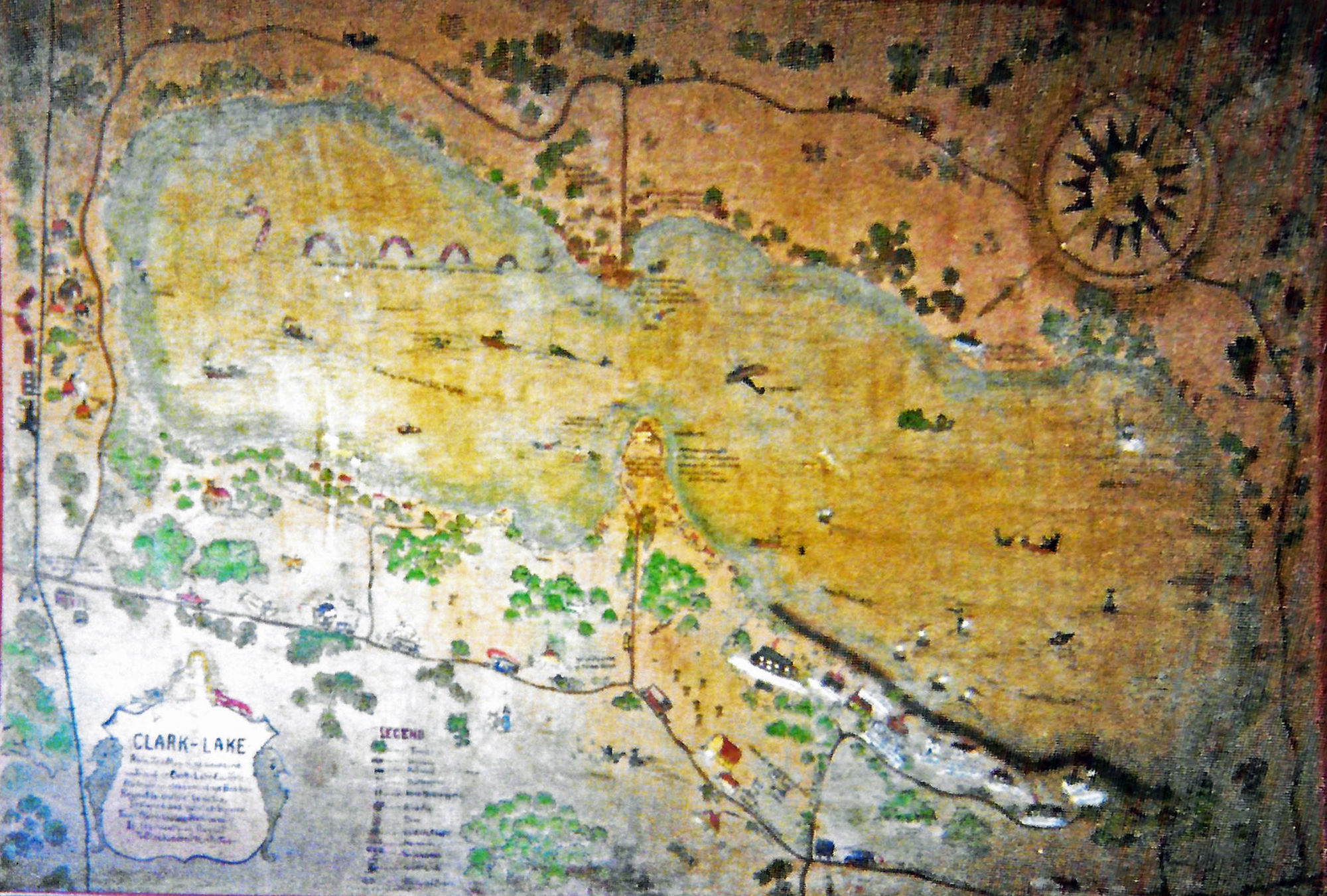 Could the photo be reprinted?  “Yes” was the answer, but not to its full 4′ x 8′ size.  By printing it on a canvas-like material, it could have a feel similar to the original. Tucker Boyers quoted Flip Reynolds in a View article from 2009, “you could look at it over and over again and always spot something different each time.”  Some of that detail lived on in this reproduction presented to Flip and Linda Reynolds by a friend. 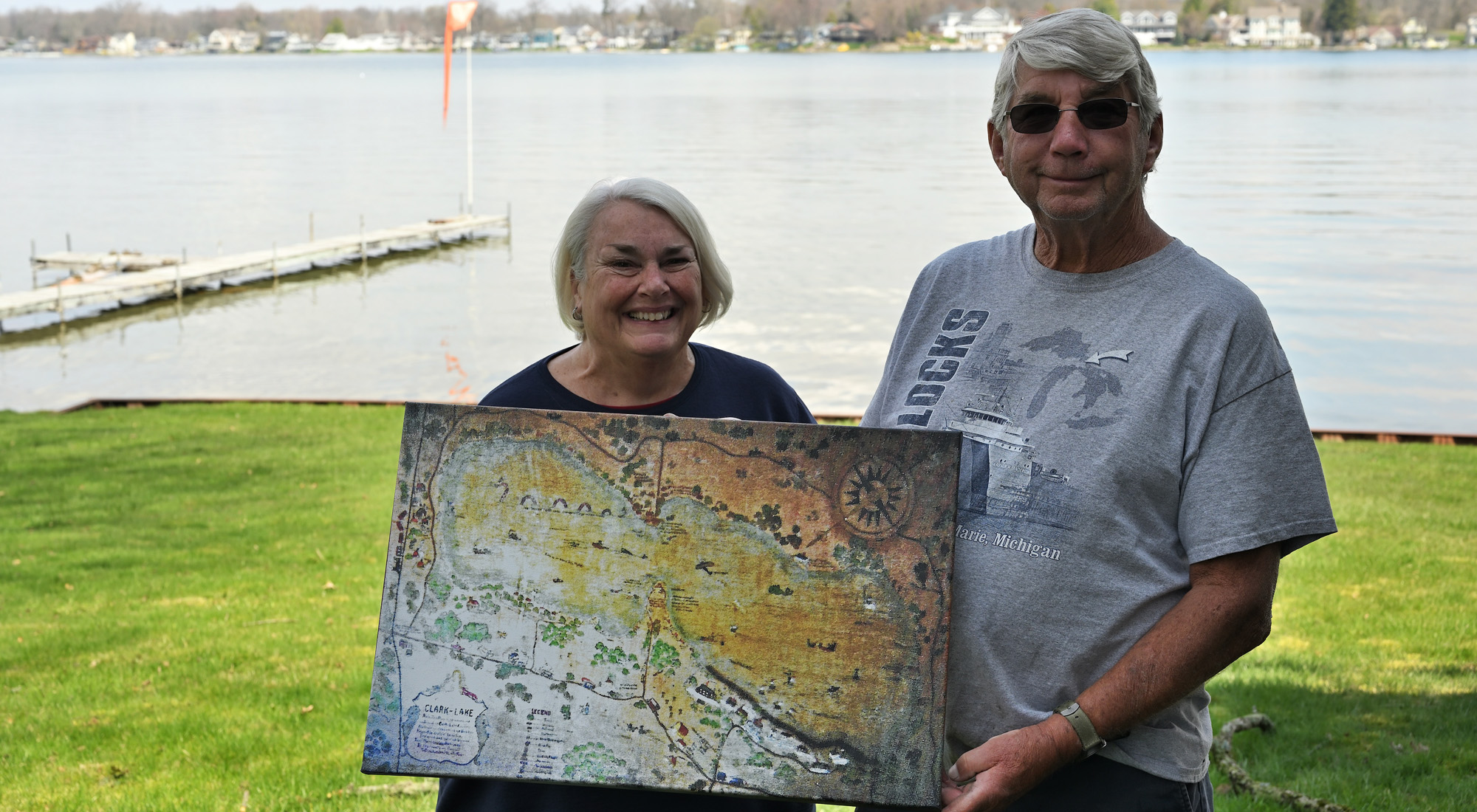 Today the canvas-like photo hangs above the mantle of the Reynolds’ fireplace.