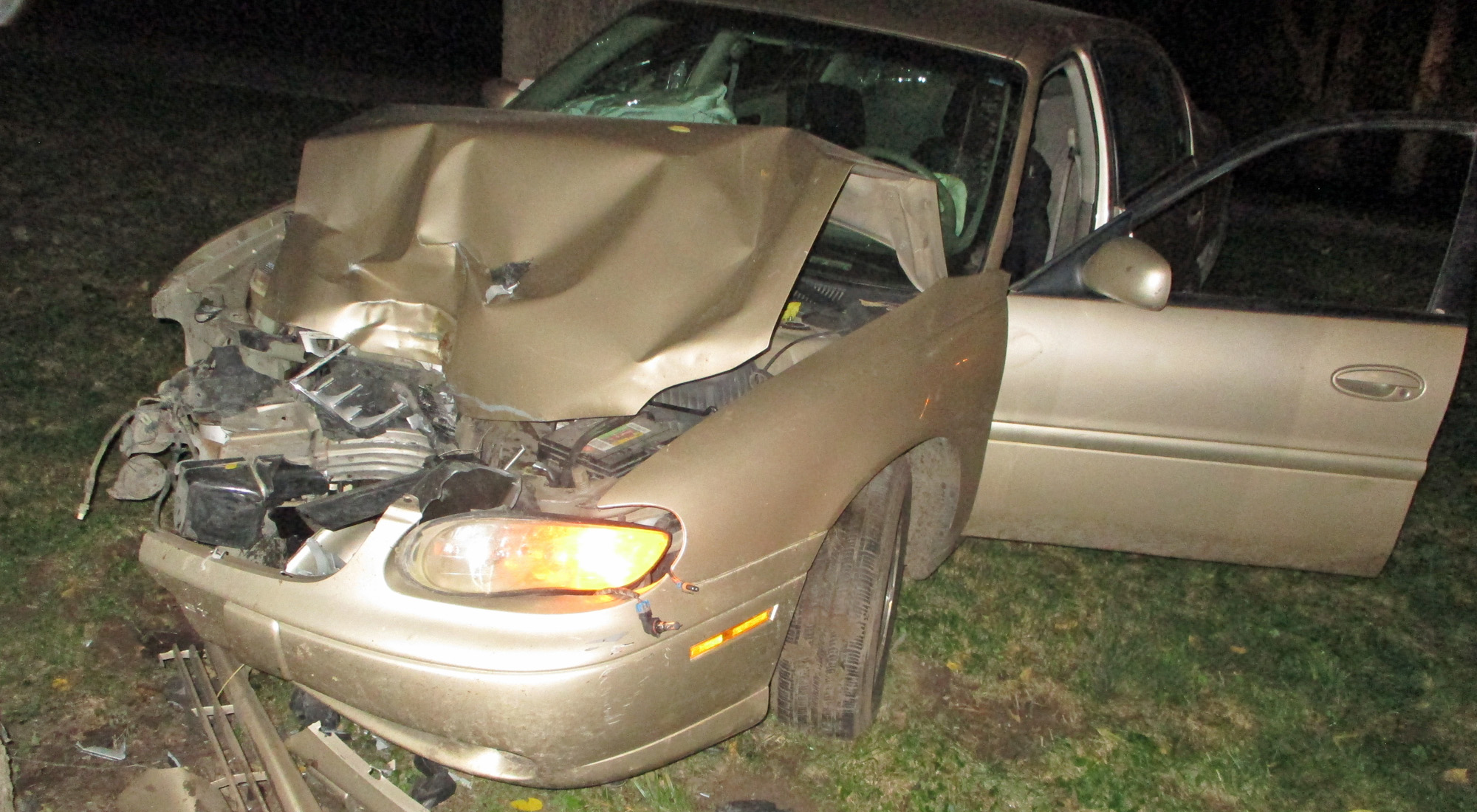 According to Acting Police Chief Jay Niles, 24-year old Shannon Clement of Columbia Township was the driver and only occupant in the 2004 Chevrolet Malibu.  Further, “the investigation of the crash determined that Clement had become distracted while driving the vehicle. As a result of the distraction he failed to maintain control of the vehicle thus leaving the roadway and crashed into a tree.  Clement was wearing his seat belt and the airbags deployed therefore Clement was not injured as a result of the crash.  Clement was cited for careless driving as a result of the investigation. Alcohol is not a factor in this crash.”

The photo below shows the crash site with tire tracks leading to the tree, and debris from the car at the base of the tree.  Photo was taken on September 2, the day after the accident. 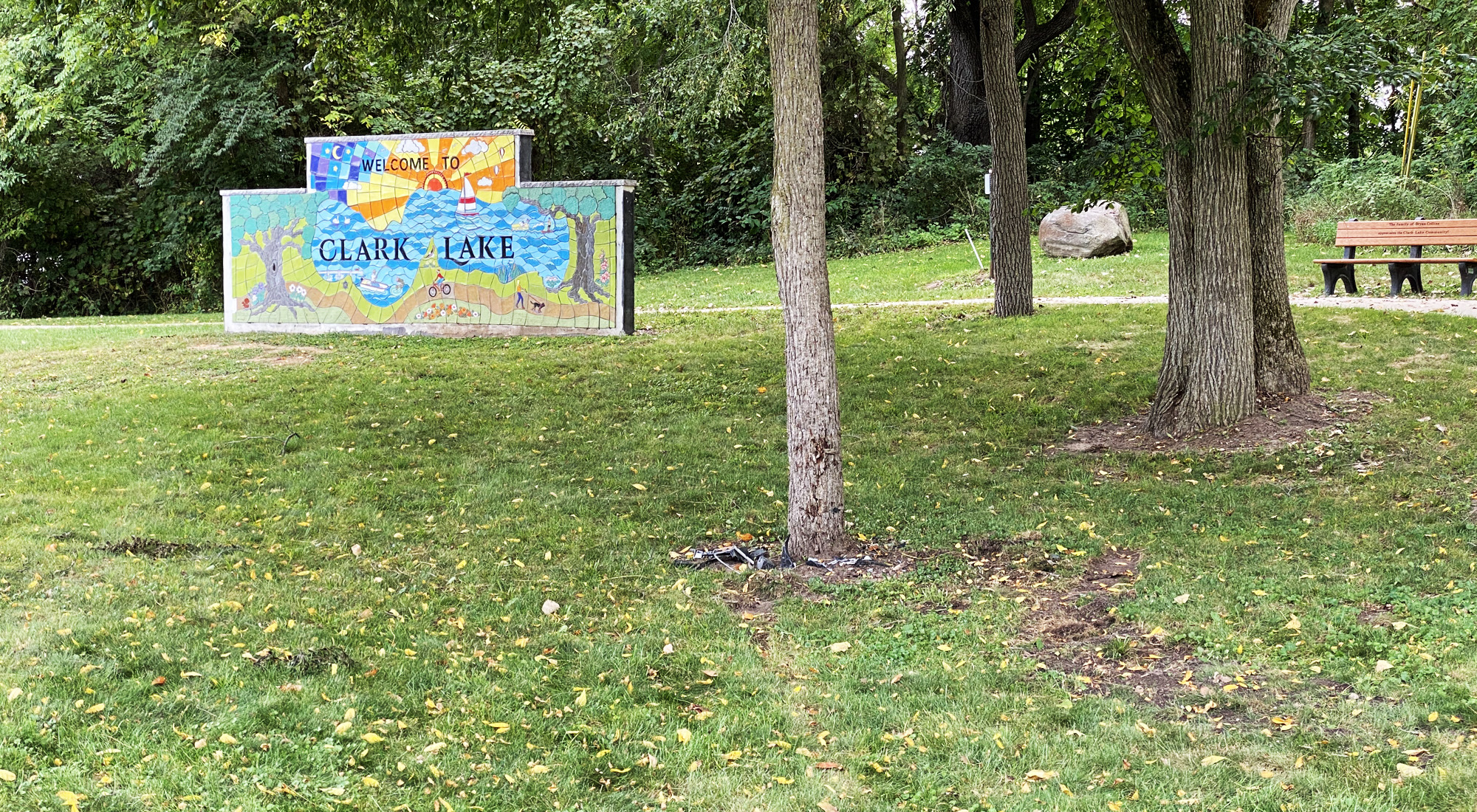