County Can Change Your Address

Pamela Anderson of Lake Columbia recently received a shock–a neighbor told her that her address would be changing.  Imagine her surprise when she learned she would soon live on Arrow Point instead of Archwood Circle. “I was given no notice of this, and I’m lucky my neighbor told me about it.” As she investigated, she was told the new street sign would go up soon, “probably next week.”  But it took some digging to find this out, including what the new street name would be.

Why is this happening and could it happen to you?  The Jackson County Board of Commissioners passed the first Street Naming and Addressing Ordinance in 2006.  “It’s designed to ensure emergency vehicles get to the intended location quickly,” according to Commissioner Phil Duckham. “It’s been softened somewhat in more recent versions,” The current version, attached, was passed by commissioners on May 15, 2018.  There are documented cases where emergency vehicles didn’t go to the correct address because of confusion over where the problem was located. If you read the ordinance, you will see newspaper stories at the end that illustrate the problem.

The ordinance takes aim at duplicate or similar sounding street names and other variations such as street numbers being out of order or not reflecting odd/even depending the side of the street.

There is a specified process for renaming streets. Notifying the property owners is one of them.  “It didn’t work that way for me,” says Pam.  After hearing about this from the neighbor, I spent hours on the phone leaving voicemails.  It took me three days to find the person who makes the decisions at the County.  Scott Ambs informed me that Arrow Point would be my new street address.”

What if you don’t like the County’s decision?  If the owner doesn’t like a new street name for his or her address, there is an appeals process “The Jackson County Street Naming/Address Review Committee shall have the power to affirm, reverse or modify their actions after conducting a hearing at which the aggrieved party or parties are permitted to testify.”

Clark Lake recognized the problem of getting emergency vehicles to the right place and solved it in a decidedly different way decades ago. The Clark Lake Lions Club, working with the Fire Department, placed alphabetized signs where each main artery intersects with a road leading to the lake. Eagle Point Road, for example, is Lane S. 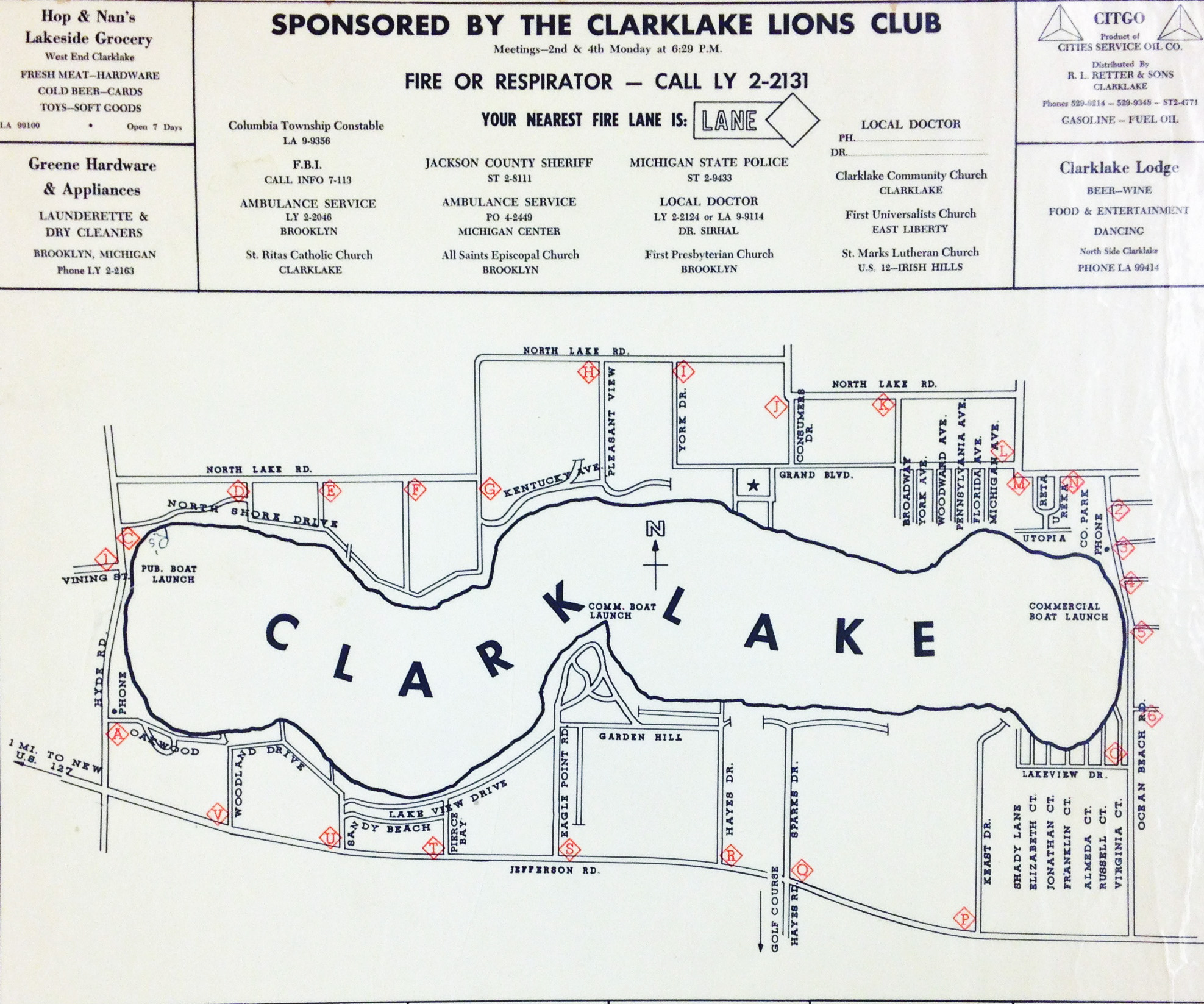 If you have ever moved, you know that a change of address is no small thing.  Consider that anyone mailing you anything must be notified.  Your drivers license and countless other documents would have to be modified.  To the rest of the world, it would seem you are somewhere else, when, in fact, you’re in the exact same spot.