Henry David Thoreau said a “lake is a landscape’s most beautiful and expressive feature. It is Earth’s eye; looking into which the beholder measures the depth of his own nature.”  Thoreau spent many hours exploring Walden Pond, a 61 acre lake.  Is his description indicative of Clark Lake’s 580 acres?

How many have appreciated Clark Lake’s natural beauty—its crystal clear water, the turtles, fish and underwater tapestry?  How many have experienced the summer sun, the boats, paddleboards, rafts, and water skis.  How many have found cares washed away by a jump off the end of the dock?  Of supreme importance are the friends, family and fellow Clark Lakers who share it, and the remembrance of those who once did.  Clark Lake sends a message to the heart more powerful than memory alone. 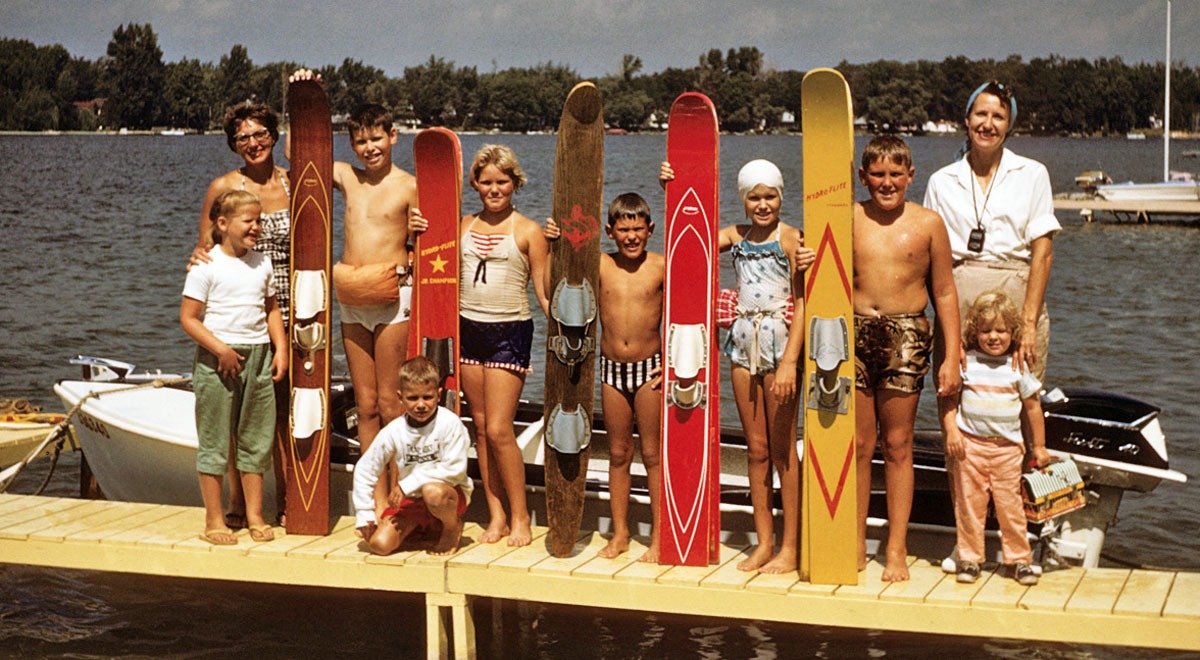 Does this cascade of feelings relate to the Graziani cottage that stands high on a hill in the County Park?  The Community Center is like a ride in Doc Brown’s DeLorean.  It preserves Clark Lake’s past so you can revisit it.

The Community Center is also a vibrant part of today’s culture, a gathering spot. It’s where the Garden Angels create and sell Christmas wreaths, and where they garden around the historic building.  It’s where Raft-O-Rama, Spirit Trail committee, and Foundation volunteers meet.  It can be available for future events when they arise.  All season long, it’s used by families for graduation parties, weddings, birthdays and life celebrations.  Their rental fees pay the electric bill, but capital improvements are another story.

The Community Center is at a critical juncture.  On Kentucky Point, the 100-year old cottage faced destruction from the business end of a bulldozer. Now it’s threatened again; this time, from disrepair.   What are the needs? Click here for the list.  The slideshow illustrates some issues easily visible.

It’s amazing the number of people who still feel connected to Clark Lake, even though life has taken them elsewhere.  In a way, they have never left.  They stay in touch through friends, and by monitoring this website.  When a new story goes up, Google Analytics shows where it is viewed.  Examples include Colorado, California, Arizona, Seattle, Florida, New York, Connecticut, and Massachusetts. Some of those viewers have contributed to save the Community Center.

Meanwhile, those here are also standing up for Clark Lake in a big way.  The fundraising campaign is going well.  Can you help push it over the top?  Donations can be made via credit card by clicking here.  Check the box that says “I would like this donation to go to a specific fund.”  On the dropdown, specify “Community Center.”  Or mail a check to PO Box 224, Clarklake, MI 49234.  The check should be made out to Clark Lake Spirit Foundation with Community Center in the memo line.  The Community Center is owned by the Clark Lake Spirit Foundation, a 501(c)(3).  Donations can be tax advantaged under the rules of the IRS.

Exploring Clark Lake’s past reveals the ongoing change.  In the 1800s, Clark Lake shifted from a watering hole for cows to a place to escape sweltering summer heat.  Clark Lake became a recreation destination made possible by the Cincinnati Northern Railway.  That brought the Graziani’s to Clark Lake, and soon they built their cottage on Kentucky Point that would become an important part of lake history.

Other cottages, some hastily built, dotted the shoreline, as weekly rentals.  Then the Clark Lake Spirit took over.  People wanted more than a week; they just couldn’t say goodbye.

Some cottages were winterized and improved.  Others came down because the structure was not sound, couldn’t be repaired, no longer met the needs of the property owner, or were reduced to rubble by flame.

To see how the lake has changed, check out these then and now photos.  In the first set, 5 out of 6 structures have been replaced.  The “then” photos were taken in the 1970s.

Here’s part of the same section on Lakeview West, but from the street side.  In this photo, two out of two structures were replaced. 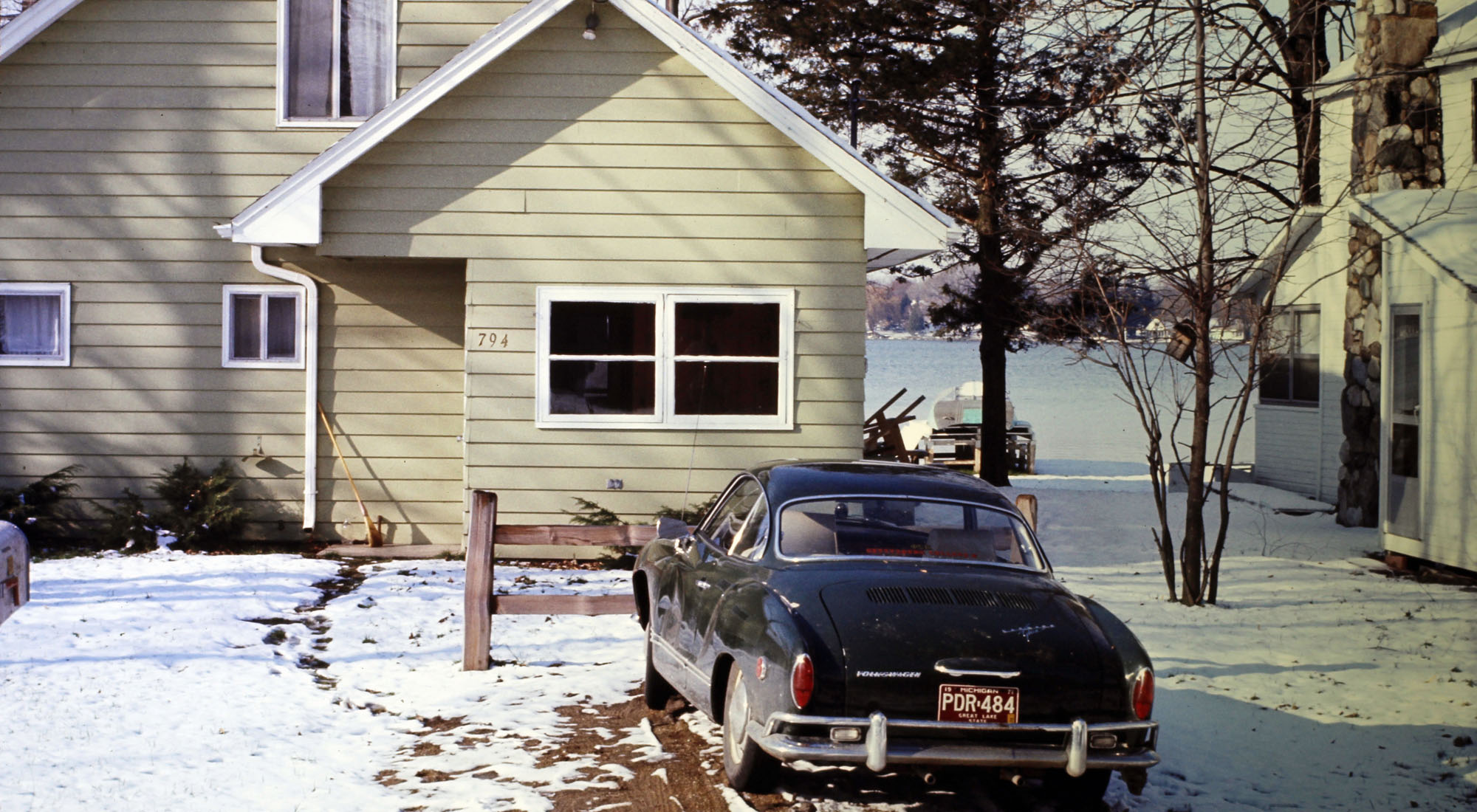 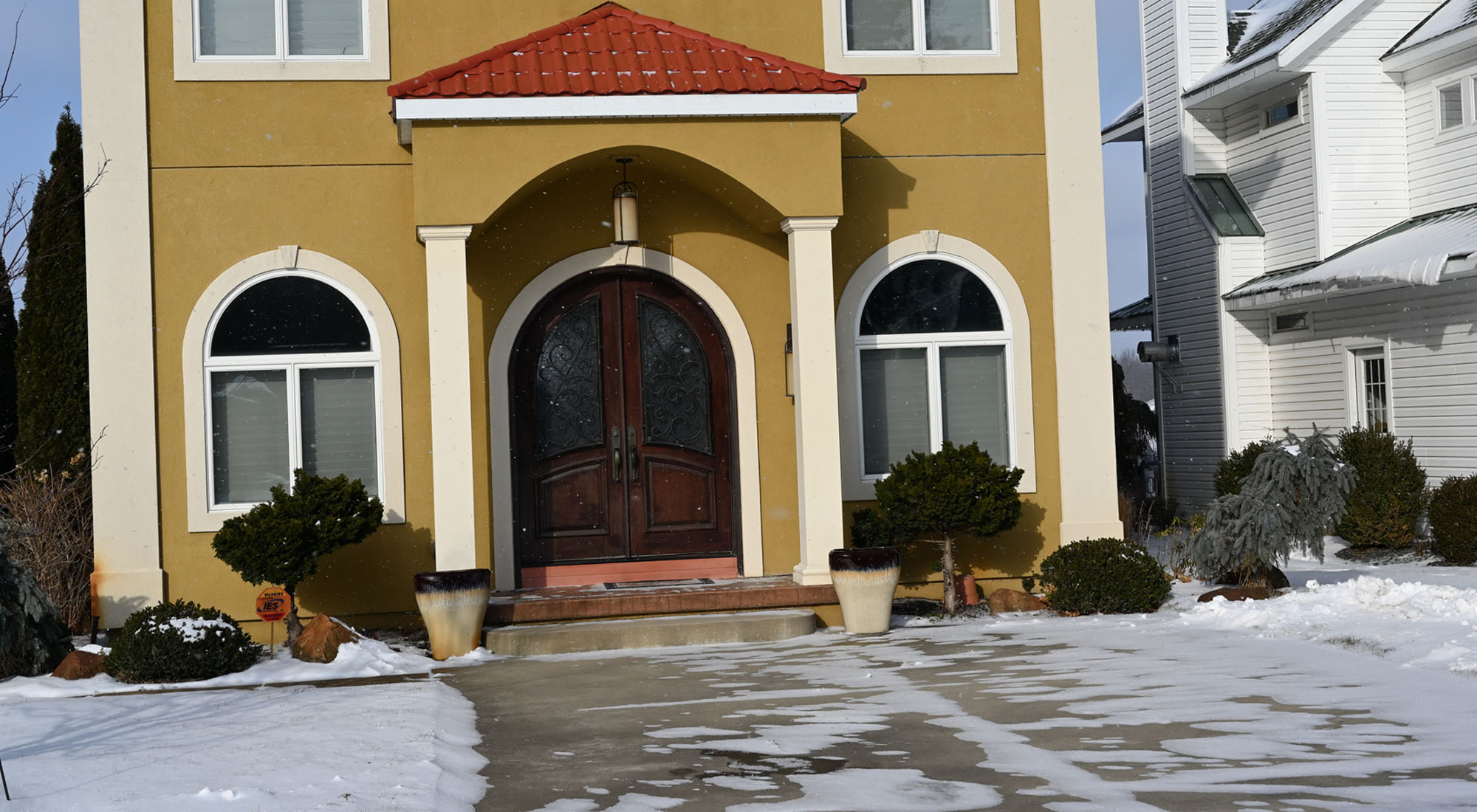 Along the Eagle Point shore–two out of three structures shown were replaced (and several more on either side, but out of range of the camera). The “then” photo is from the early 1960s. 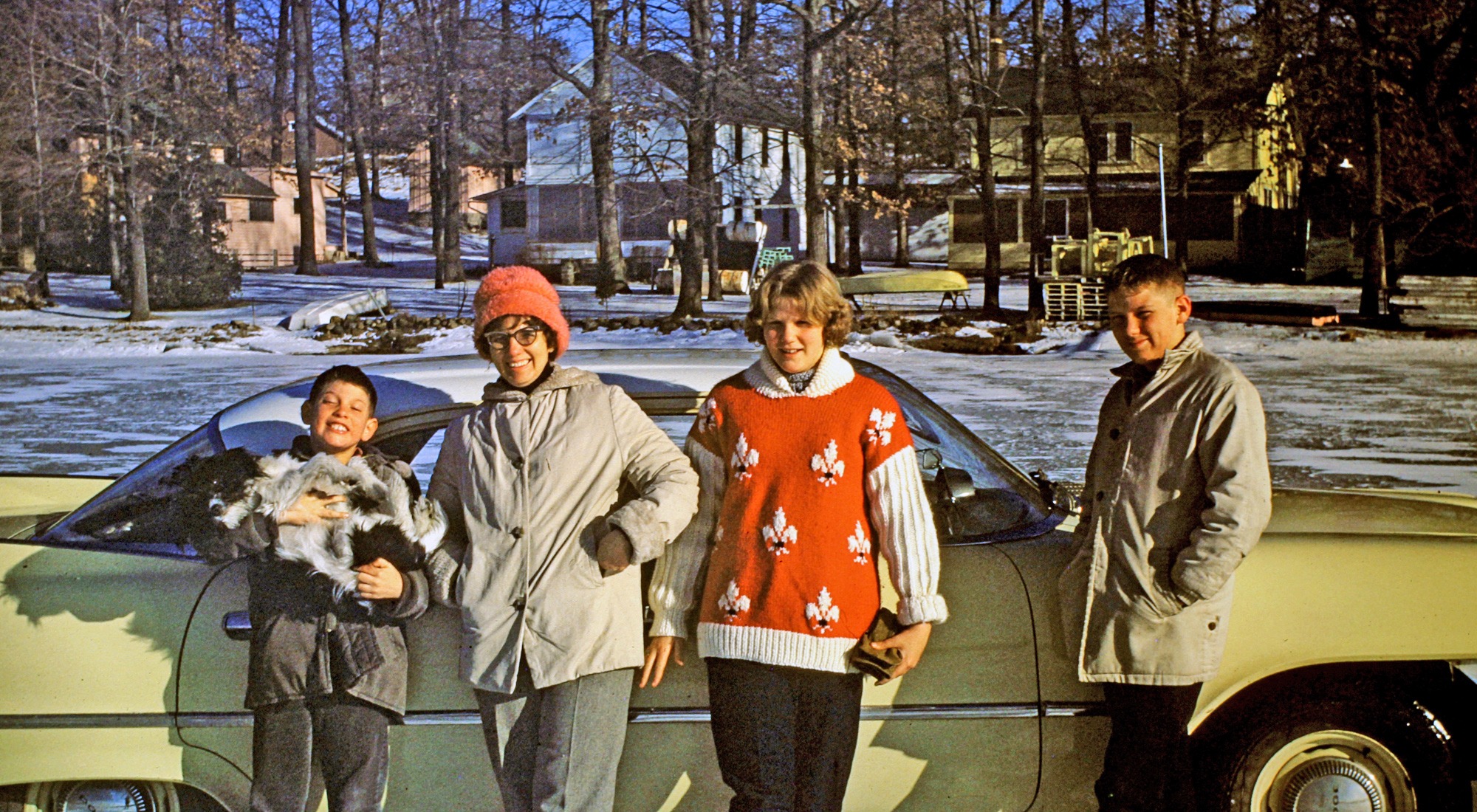 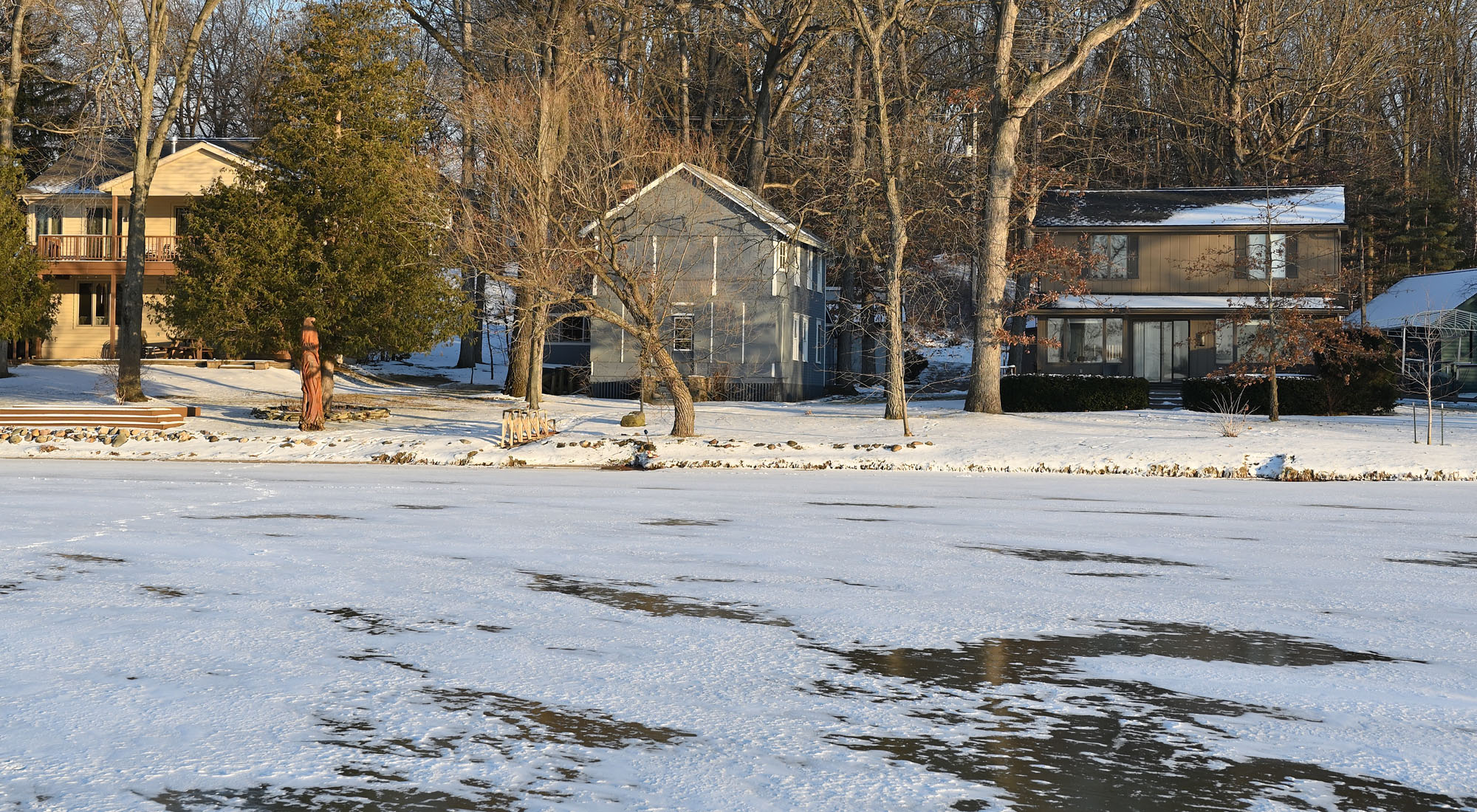 The trend is clear.  As each cottage departs, a store of memories lingers with those who experienced the good times in it.  Perhaps you remember the cottage with upstairs partitions instead of walls to the ceiling, no phone, no AC, just Clark Lake fun to fill summer days.  Is it possible that the 125 year old Community Center materializes these delicate connections to the past?  Many think so.  The Community Center, on the list of Historic Places, is not only a treasure itself, but showcases on its walls the love affair with Clark Lake over many generations. It serves as a proxy for all who remember the joy of those old cottages.

Standing up for Clark Lake is a strong community attribute.  Will you join the generous outpouring to save the Community Center?  A matching grant is now in place through the Michael Ibold Wilger Foundation.  The impact of a donation of up to $2,500 will be doubled.  So, a $2,500 donation instantly becomes $5,000.

Who was Michael Wilger, and why is the foundation in his name offering a $50,000 match?  During his life, Mike had a deep affection for all things Clark Lake and loved its history.  He took great interest when the house moved down the lake, and was generous with his support.  In 2016 at age 59, Michael left too early.  As the Community Center was also part of what connected him with the lake, Michael’s memory will live on as part of this project to save the CC. 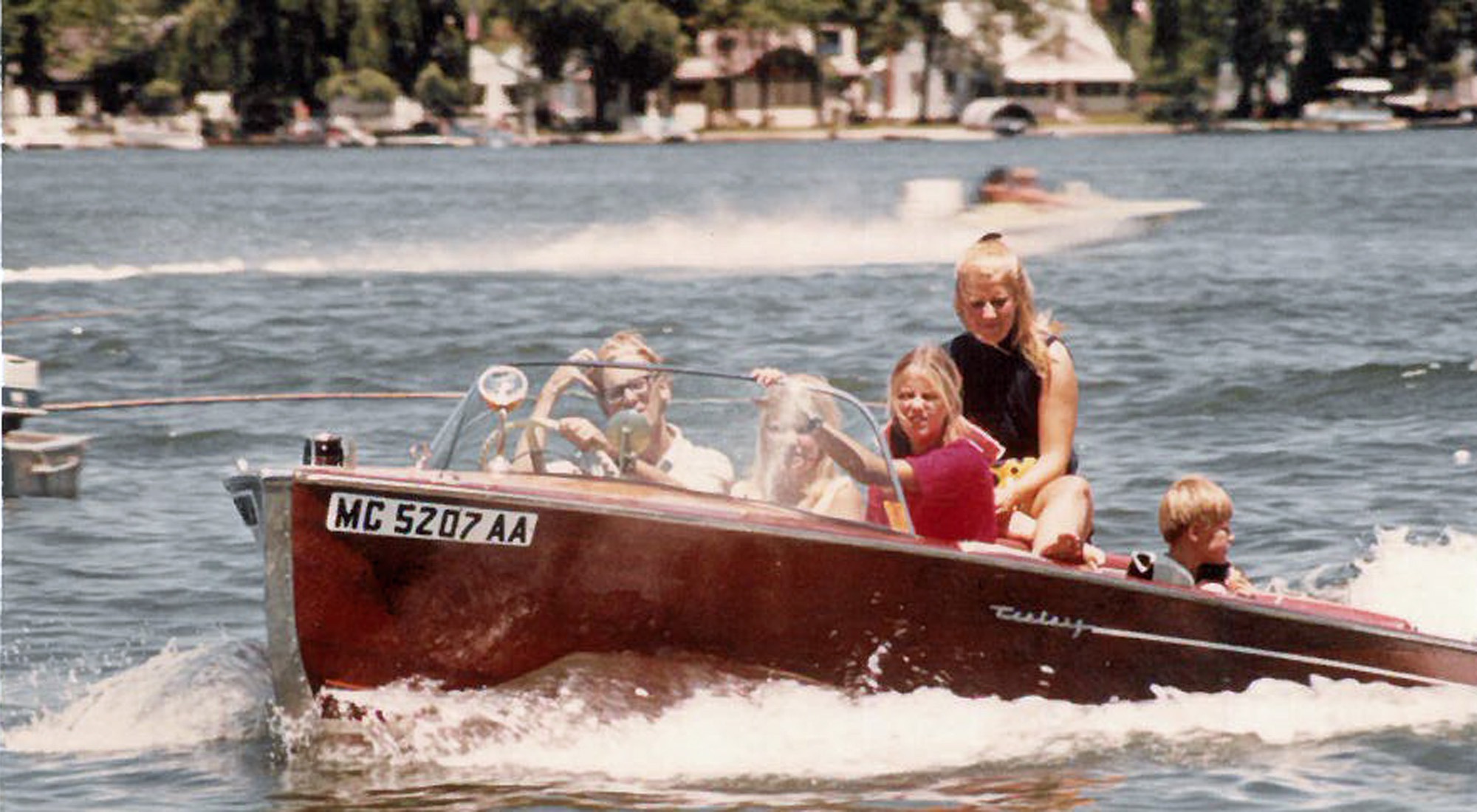 Young Mike is seated looking back, perhaps appropriate considering his love of history.  His two sisters are also on board—Emilie (red shirt) and Ellen between her and the driver.

The names of those who donate $100 or more will be inscribed on a handsome, period appropriate, wall display on the southwest wall of the first floor.  Consider leaving your mark.

In researching historical districts, an interesting fact emerged:  “In nearly every instance properties in local historic districts have greater rates of appreciation than properties elsewhere in the same city.”  Is it possible the presence of the Community Center has an influence?  Consider what this community has going for it—the Spirit Trail, the new Welcome to Clark Lake Sign, DamStrong, events like the Crab Races, Run Clark Lake, and Raft-O-Rama.  Consider the Yacht Club, Beach and Boat Club, two restaurants on the lake, and two more nearby.  The Community Center, an historical icon, does its share in making Clark Lake the desirable destination that it is.

Saving the CC broadcasts a message.  It resonates sweetly with Clark Lake today, and is prescient about its future. It is well to remember that a community does not know where it’s going until it understands where it’s been.  If this is true, then saving this Clark Lake icon is not just a restoration, but a reaffirmation.  It confirms Clark Lake’s commitment to its culture.  Are you in? 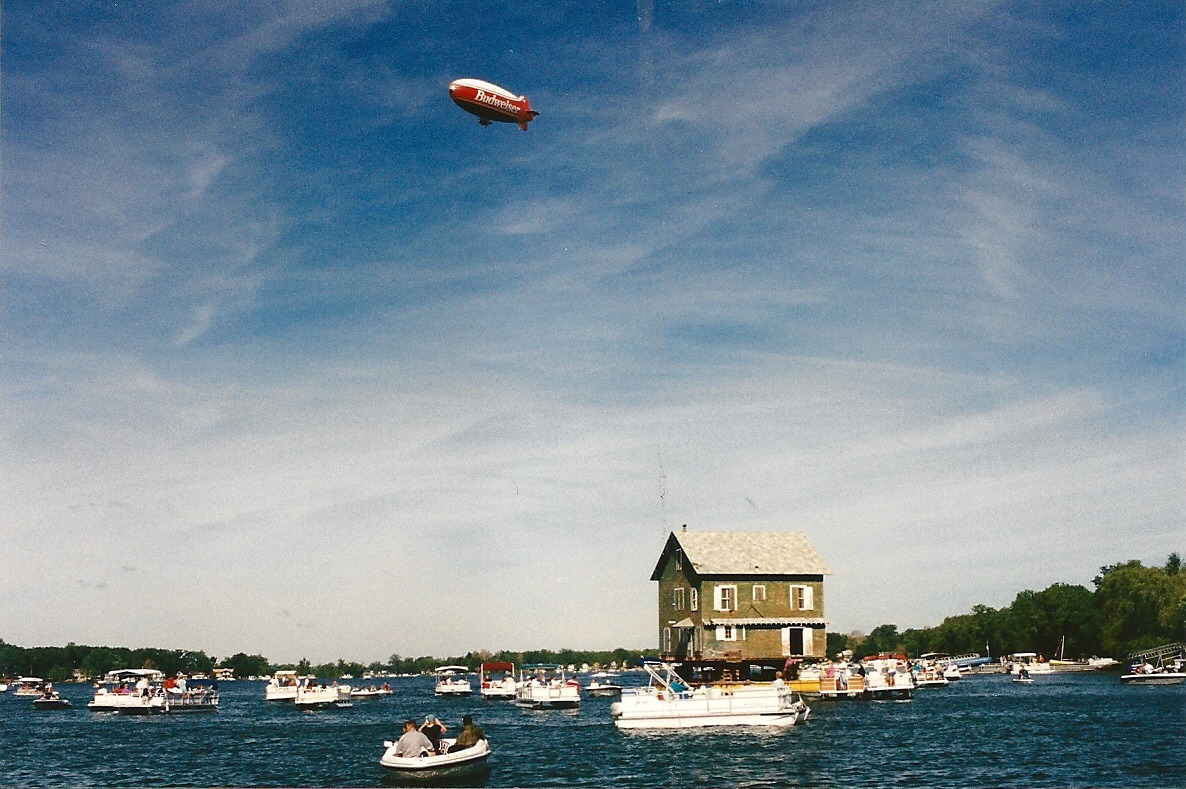