This afternoon’s Code Red storm did not leave Clark Lake untouched.  For about 15 minutes, extreme wind and heavy rain inundated the lake.  As you will see in the photos, the storm took out a large tree that landed on the home belonging to Spence and Kathy Maidlow.  The Maidlow’s are at the intersection of Eagle Point Road and Lakeview West.  Spence Maidlow watched the storm.  “The straight line wind, sometimes associated with wind shear, traveled from north to south.”

The storm came with little warning and was short in duration.  A Code Red alert was sent to cell phones and emails at 2:10 pm. A few minutes later, the storm gathered strength and inflicted its damage.  According to Spence, the sound of the tree hitting the house was like a thud a branch would make. “And inside the house there was little in the way of vibration that would indicate a tree of this stature struck the house.”

Major branches from a second tree, hit by the first one, also landed on the roof.  Spence is calling it the “savior tree.”  It’s likely the impact of the first tree was mitigated as it hit the second one.  The second tree probably broke the fall of the first.  The weight of the branches were less concentrated and spread out.   A trip to the attic suggests the roof was not compromised.

What else did the storm touch?  A trip around the lake by boat detected three other possibilities.  In the slide show below, the two close up photos show a ripped canopy, definitely caused by the storm.  It’s possible the storm damaged another boat canopy in the Oakwood area.   (An earlier version of this story suggested a flag pole leaning was caused by the storm.  Apparently that happened at some other time).

A check of the Consumers Energy outage map pinpoints two areas of the lake do not have power at this hour (6 pm Friday). 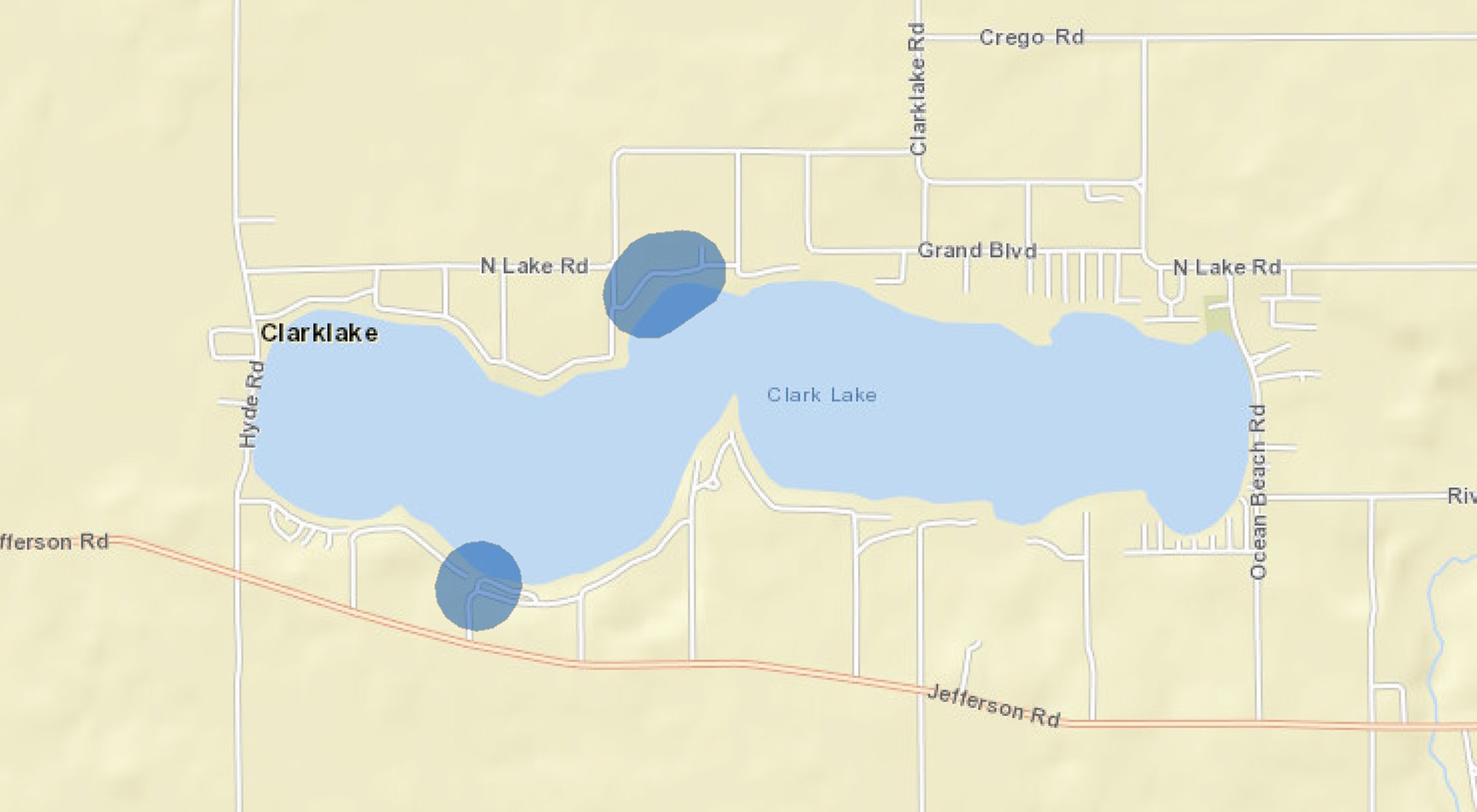 As you will see in this slideshow, a downed tree is the culprit for the continuing power outage on Sandy Beach.  The house at 660 Sandy Beach had its electrical mast ripped from the structure.

Thanks to Flip Reynolds for the Sandy Beach photos.

As compensation for today’s upheaval, here’s a view of tonight’s sunset. 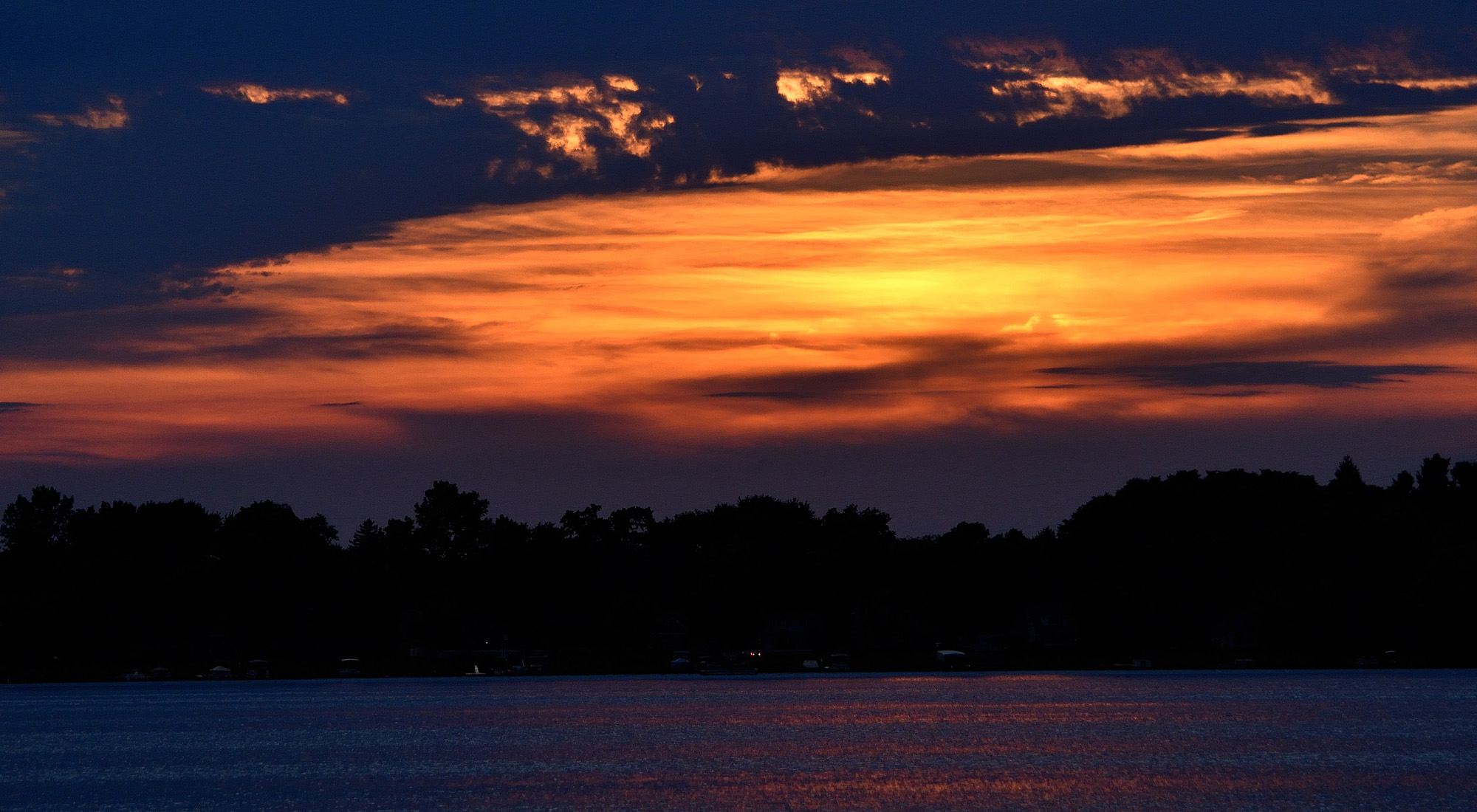